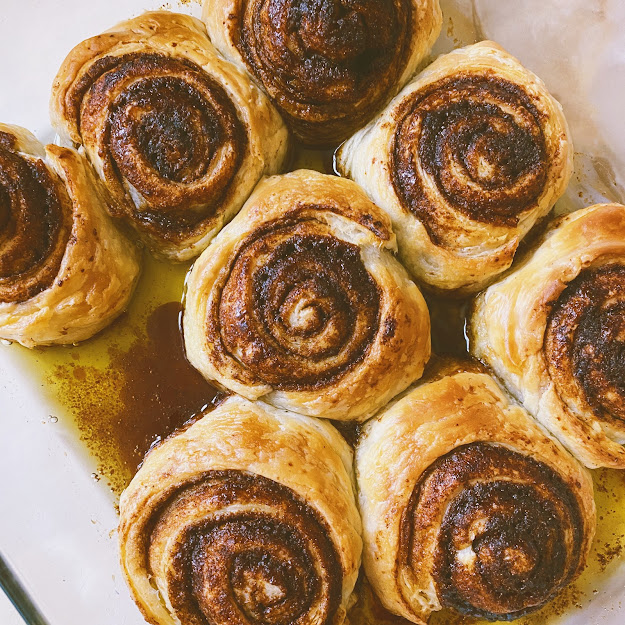 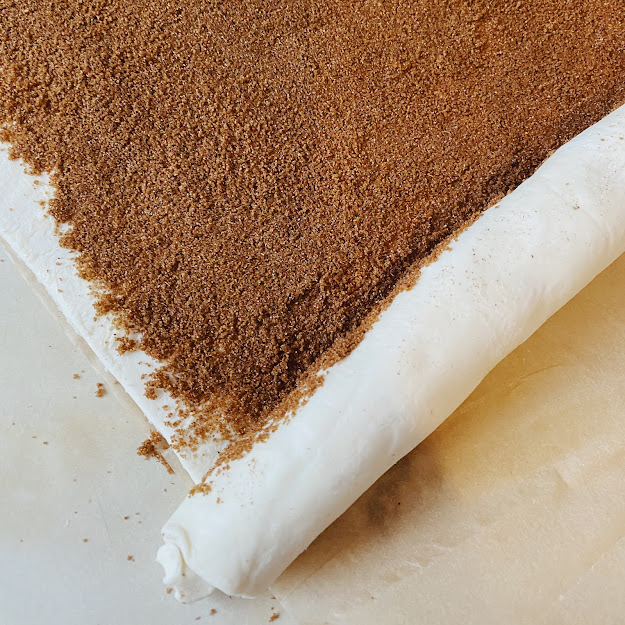 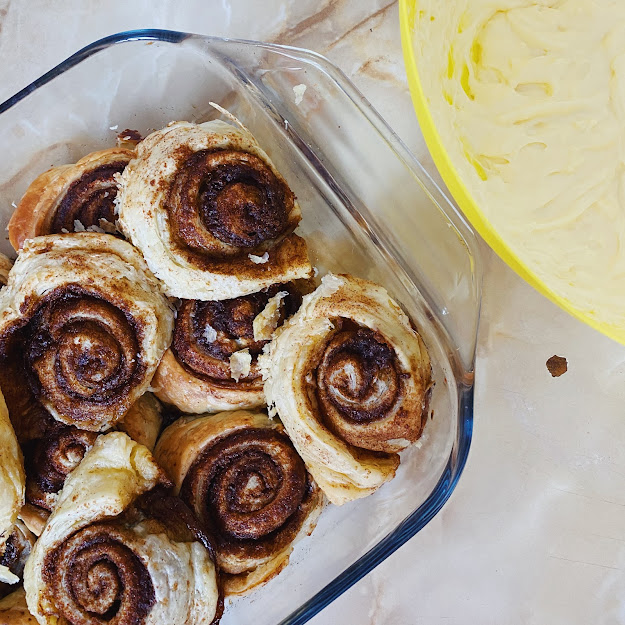 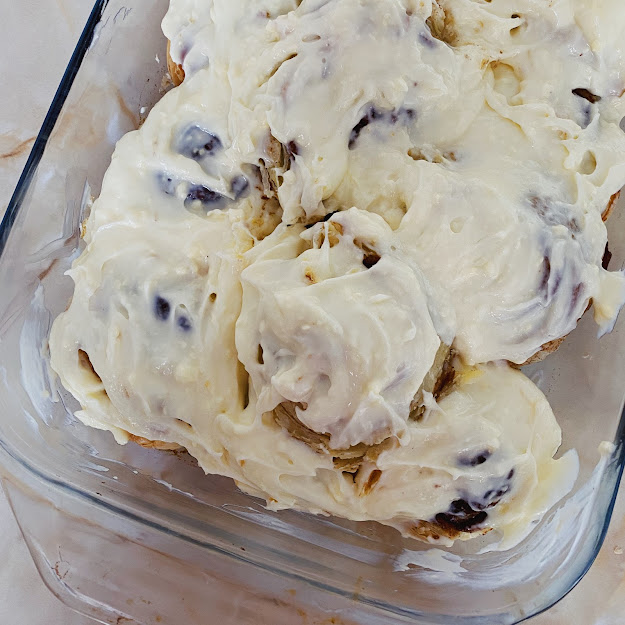 As I have said here more than once, I am just not a natural baker.

Of course, I can truly appreciate a freshly baked cardamon or cinnamon bun and the craftsmanship that goes into perfecting it (my current obsession is the outstanding flaky, cinnamon sugar coated bun from the Dusty Knuckle Bakery which has become weekly Saturday treat) but tackling a recipe that requires dough hooks, alive yeast and rising times just isn't something that gets me excited.

Good thing then that I have found some rather delicious "cutting corner" baking recipes that taste and look the part, fooling just about everyone that you've been slaving away in the kitchen for hours!

The key here is using pre-made dough, I mean who can forget my cheat's Swedish princess cake that tasted as good or better than some versions I tried in Stockholm and my moorish caramel and pecan buns, made using ready made pizza dough, which I rustled up during lockdown.

Having been tasked with bringing dessert to a dinner party this past weekend (while those were still allowed by the British government) and still very much engrossed in my cinnamon bun obsession following my trip to Copenhagen, I wondered: could I make tasty cinnamon buns at home without the fuss of letting dough rise and all that other faff?

Well turns out you can because after some online research I stumbled across this rather fantastic recipe for puff pastry cinnamon rolls with a wonderfully moorish cream cheese and vanilla frosting, made with shop bought puff pastry!

Making this sort of cobbled together cinnamon roll cake takes less than an hour (if you don't count in cooling down time before you ice your rolls) and the end result is a real show stopper and crowd pleaser, without you even coming close to breaking a sweat! Trust me on this one, you'll feel like you've won the bake off in terms of end result, without any of the effort!