Putting my twist on white lace 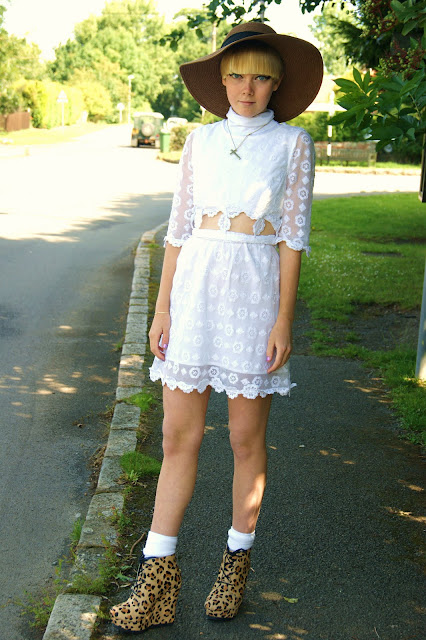 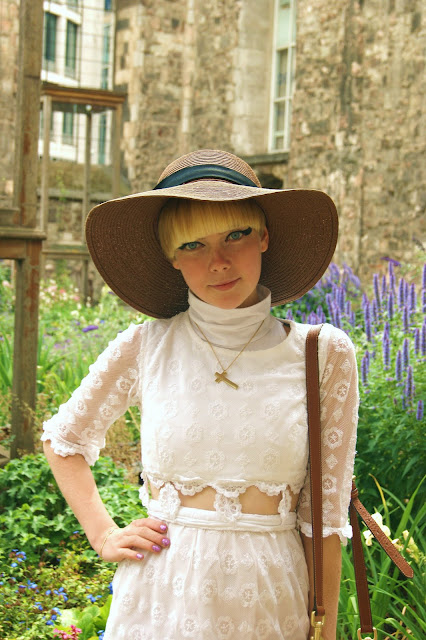 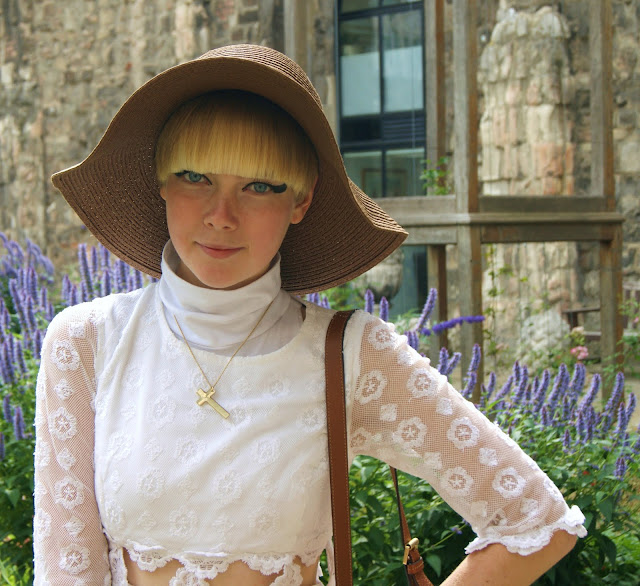 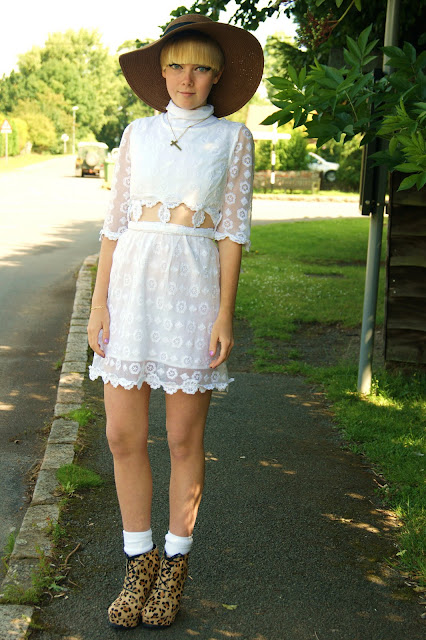 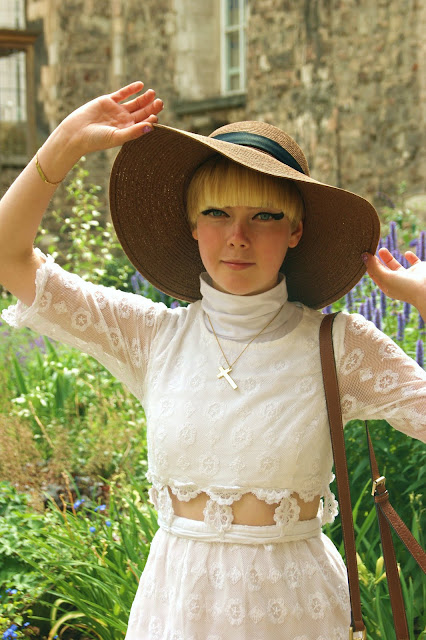 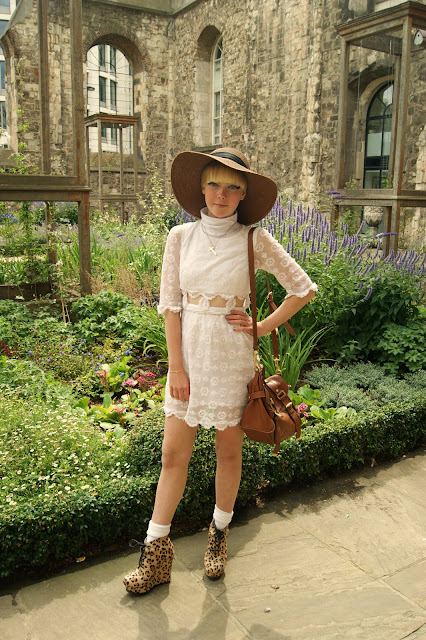 I immediately fell for this topshop lace dress but didnt really like the original neckline and thought it needed a little twist to make the great cut of the dress truely stand out. That's why I added the cropped turtleneck top by American Apparel which appears as if part of the dress and makes it look less girly and adds a unique touch that completely changes the overall outfit.
Posted by Stella's wardrobe at 15:32 8 comments: Links to this post

R.I.P. Amy. Not only great musician but also fashion icon 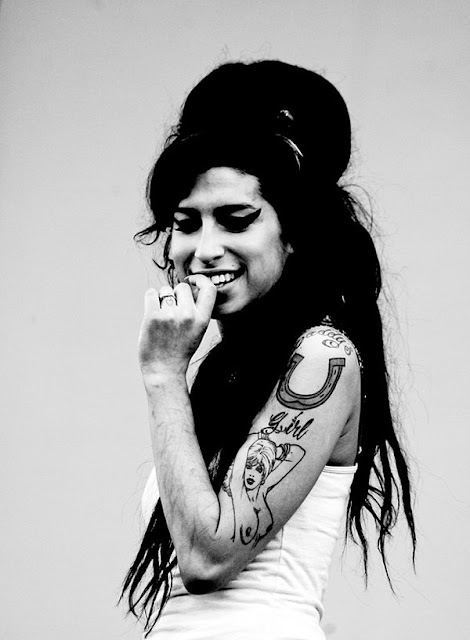 Amy inspired me to carefully draw on my first eyeliner flick and increasingly expand its dimension over the years,part of her trademark look that very much became part of mine. Her beehive influenced high fashion (who can forgot when Karl based a whole collection's hair and make up on Amy's distinctive look) and her no care attitude and eclectic sense of style, 60's glamour mixed with fred perry polos, tattoos and sky high heels, opened the path for a whole new generation of female musicians able to celebrate their distinctive and edgy styles instead of becoming the bland manufactured pop singers that we have become accustomed to. Amy was a unique albeit very troubled individual who has left a lasting mark not only on my style but that of a whole generation.
Posted by Stella's wardrobe at 16:05 6 comments: Links to this post 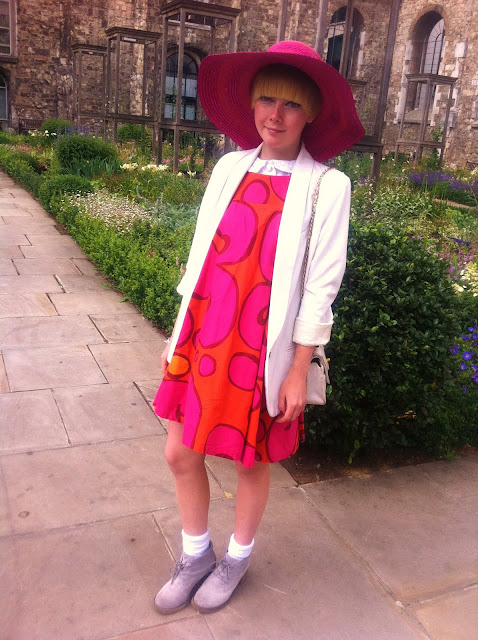 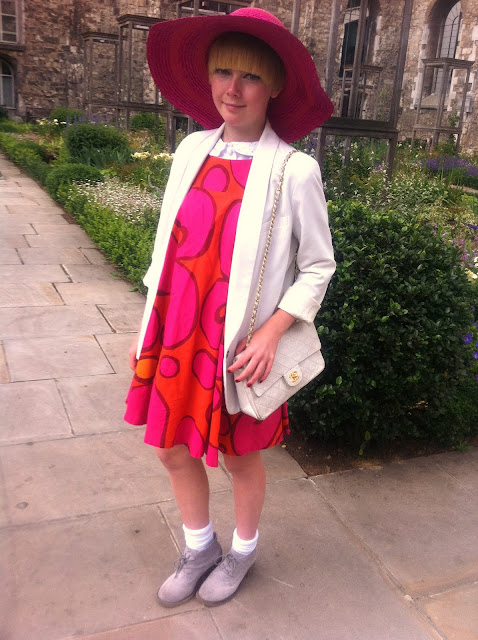 Excuse the bad quality pictures, taken on my iphone but new outfit coming next week shot with my normal camera :)
Posted by Stella's wardrobe at 15:08 14 comments: Links to this post 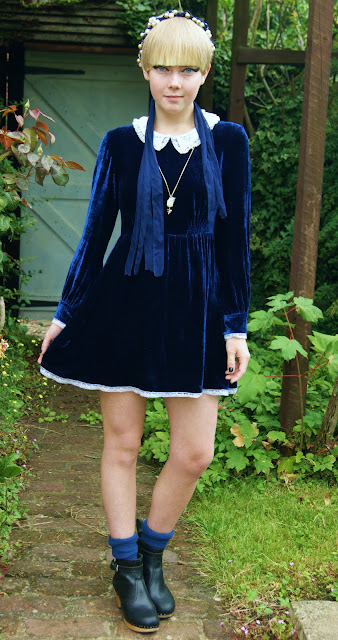 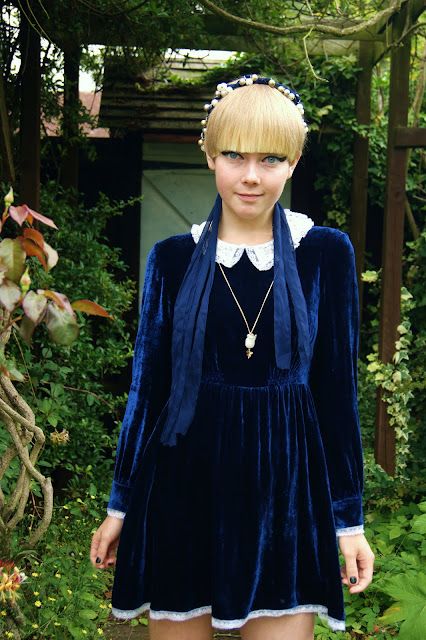 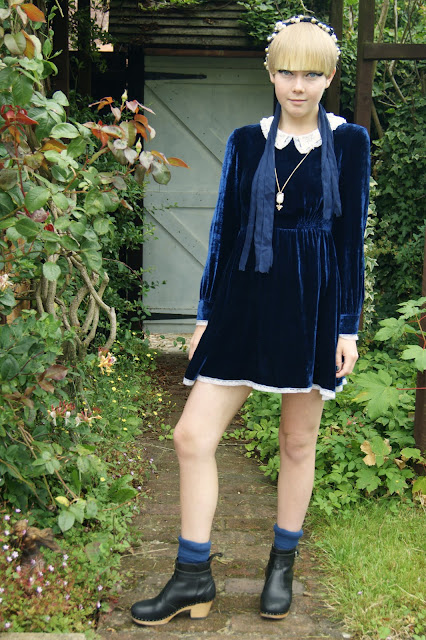 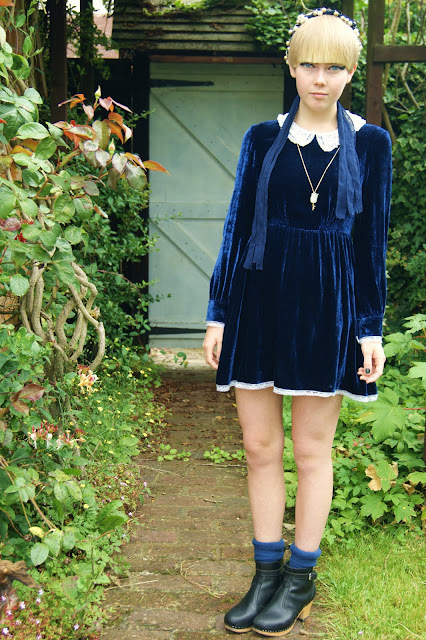 Hey everyone, sorry for the slight gap since my last post! I have been on holiday and hence didnt have the time to get shopping for new outfits or reliable internet!! since i've been back I have made some rather successful shopping trips and thus should have some (hopefully) great new outfits coming up once i have finished accessorising them! in the mean time i thought i'd post a couple of outfits that have been on the blog before but that since then have been slightly altered,adapted and combined with new things and in my opinion work even better now!
Posted by Stella's wardrobe at 12:52 5 comments: Links to this post 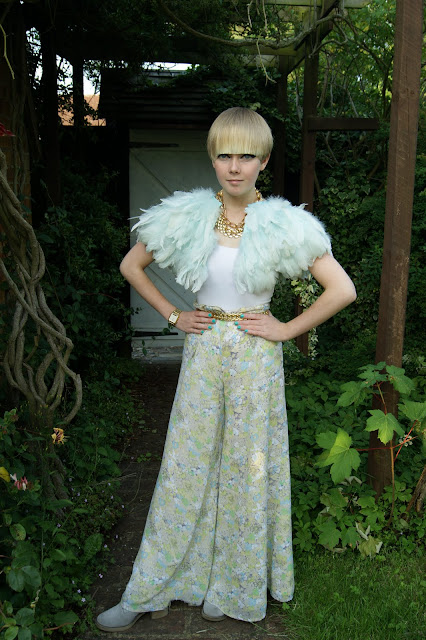 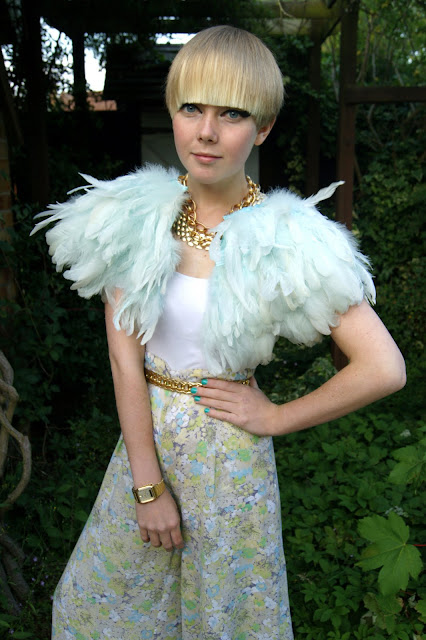 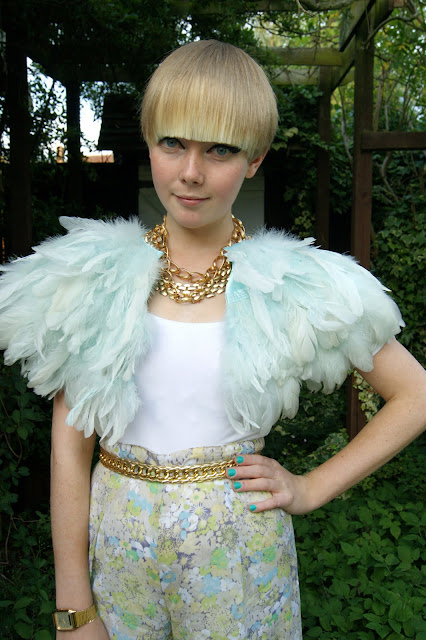 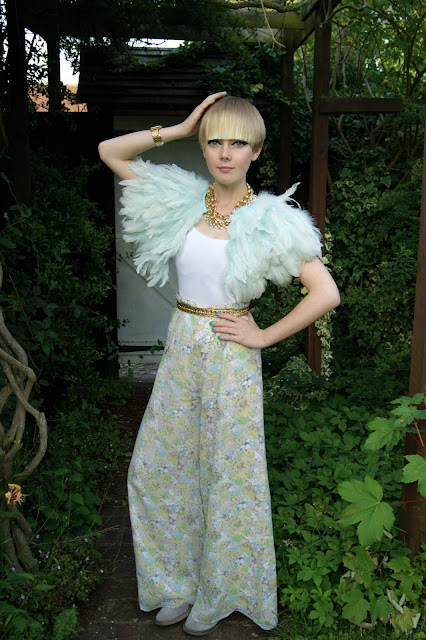 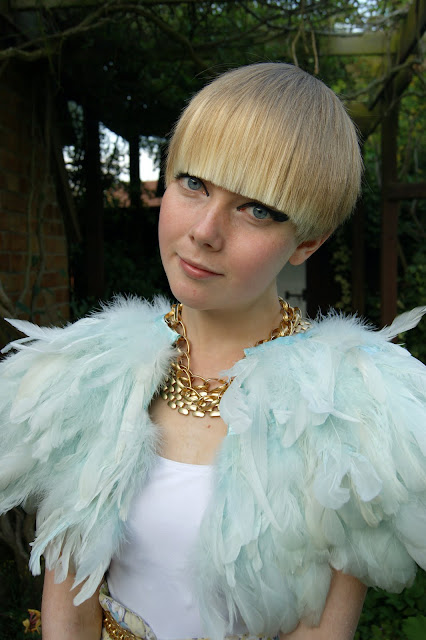 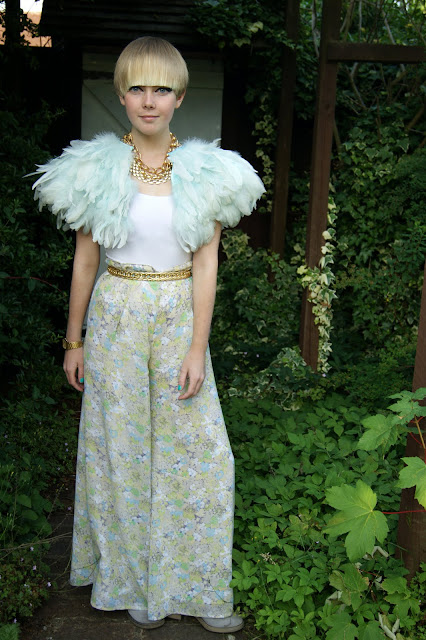 I got these palazzo pants in the topshop sale, the only real gem I found this time round. Reduced from £45 to £20 they are great for the summer but will also work well with A/W hot new shades canary yellow and mustard. I also reused the light blue feather cape that I wore before with the laura ashley playsuit because i think it balances out the flares so that the trousers don't overwhelm my small frame (similar to my other palazzo pants outfit where I used a floppy hat to the same effect) and its colour also works extremly well with the floral pattern on the trousers.
Posted by Stella's wardrobe at 02:59 13 comments: Links to this post