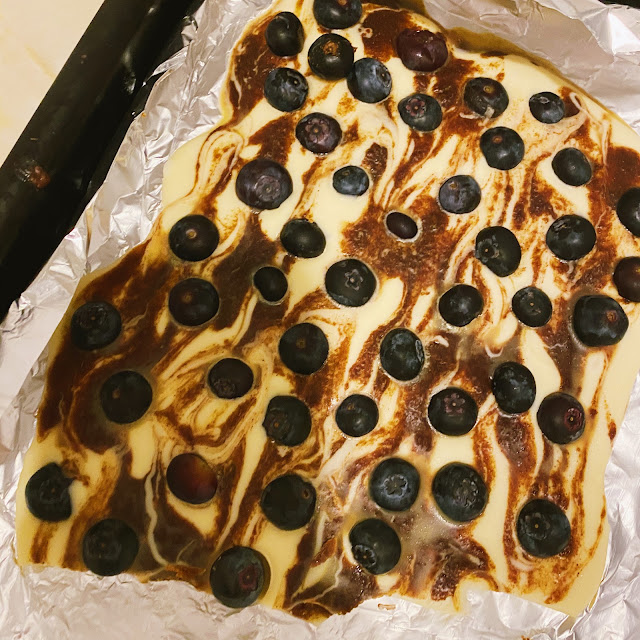 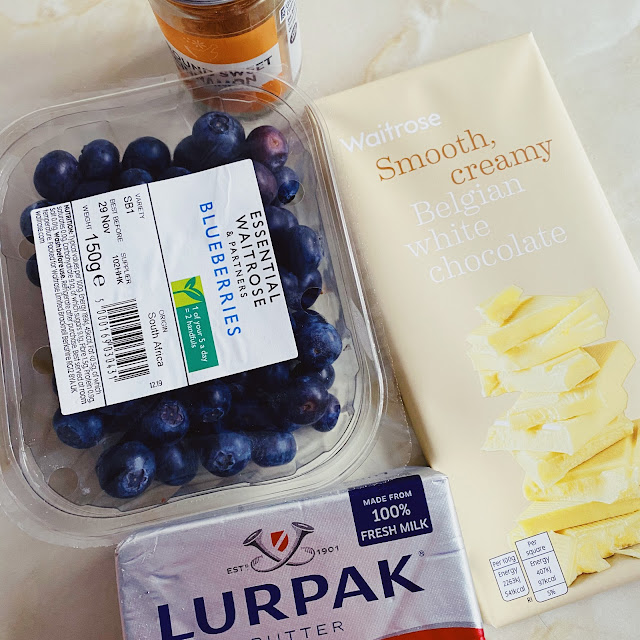 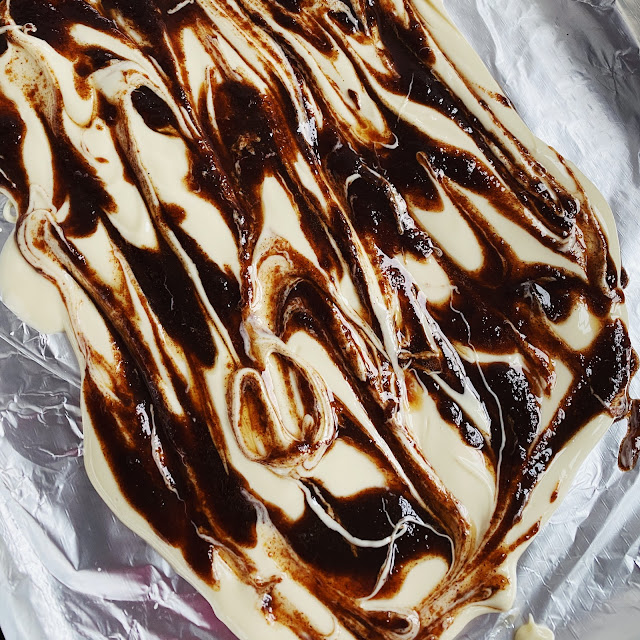 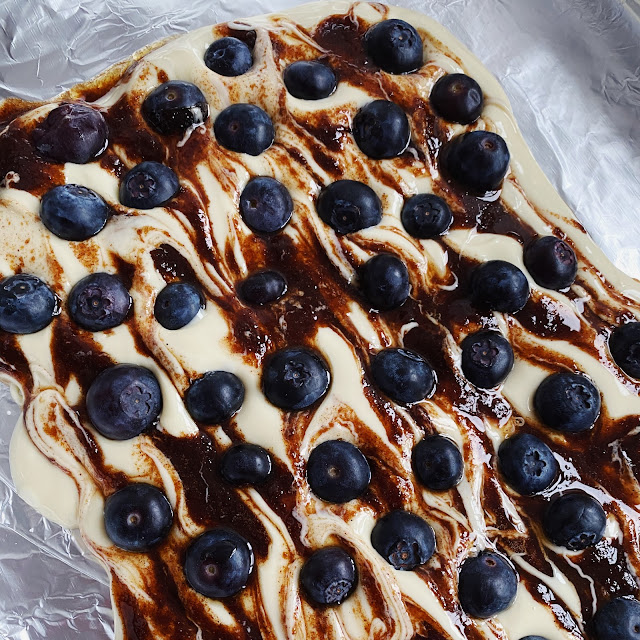 White chocolate and cinnamon is the sweet combo you haven't heard about and need in your life STAT! Especially as this white chocolate bark with buttery cinnamon swirl and blueberries basically tastes like Christmas in chocolate form and is rustled up in mere minutes!

Prep a baking tray with parchment paper and set aside.