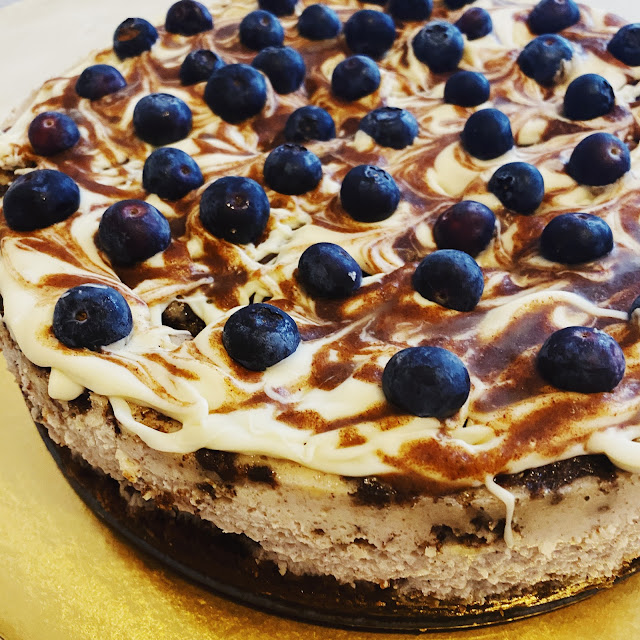 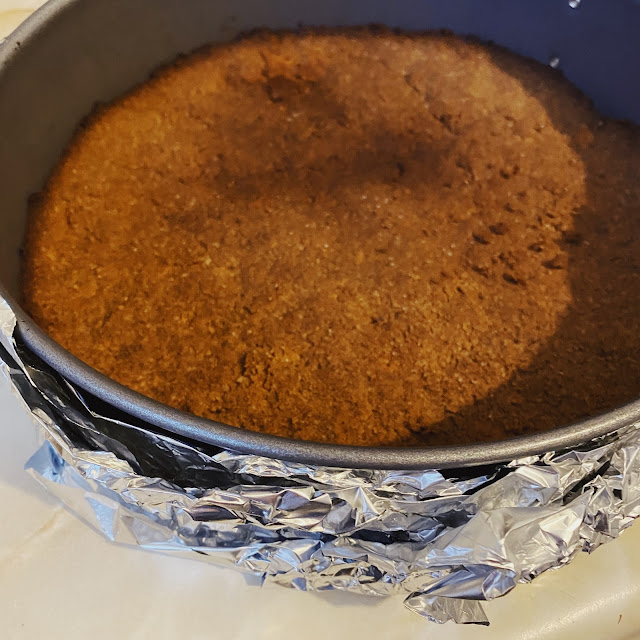 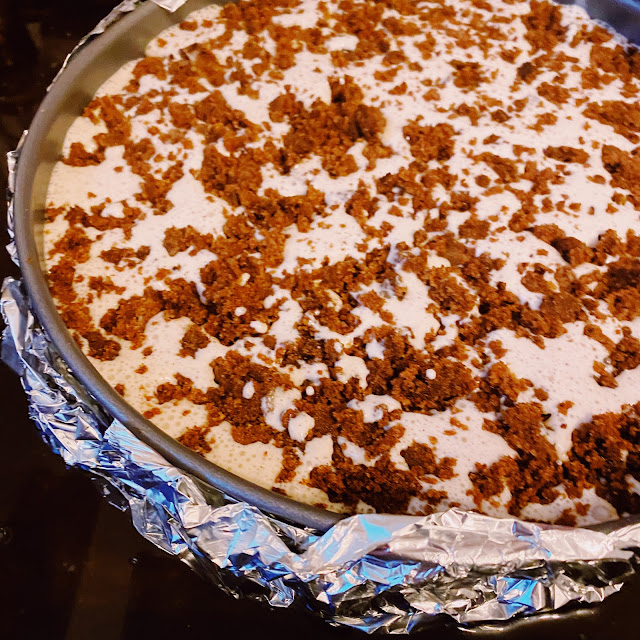 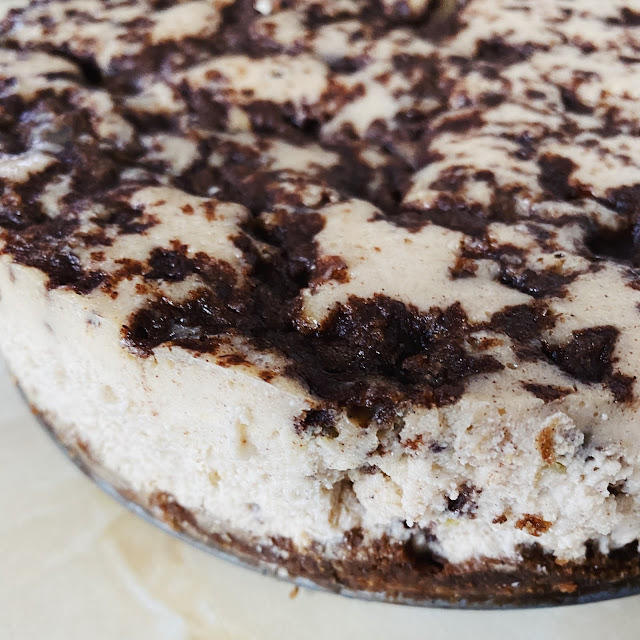 This baked cinnamon cheesecake with a cinnamon spiced digestive biscuit base, a cinnamon, butter and cookie crumb swirl AND a white chocolate, cinnamon butter and blueberry glaze, is my very own creation and without a doubt one of the best things I have ever baked!

It also happens to be the perfect Christmas dessert if you aren't into gross Christmas puddings and the like and is an ideal little kitchen project for the 24th as the cake needs overnight to set.

Don't be put off by the bain-marie (or water bath) in which the cheesecake is baked, it sounds super fancy and gourmet but is actually surprisingly easy to do and will make you feel like a true patisserie master!

CHEESECAKE
CINNAMON SWIRL
WHITE CHOCOLATE, CINNAMON & BLUEBERRY GLAZE
METHOD
TO MAKE THE CRUST:
TO MAKE THE CHEESECAKE:
TO MAKE THE CINNAMON CRUMB SWIRL:
TO ASSEMBLE THE CAKE:
FOR THE GLAZE:
Posted by Stella's wardrobe at 09:21