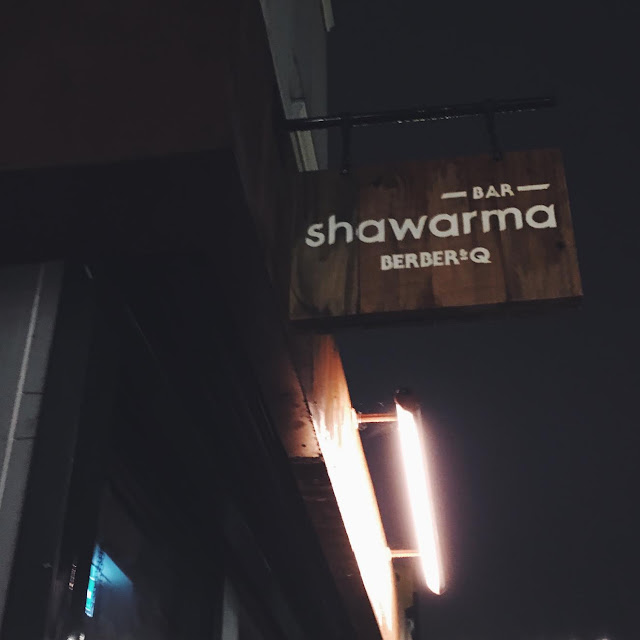 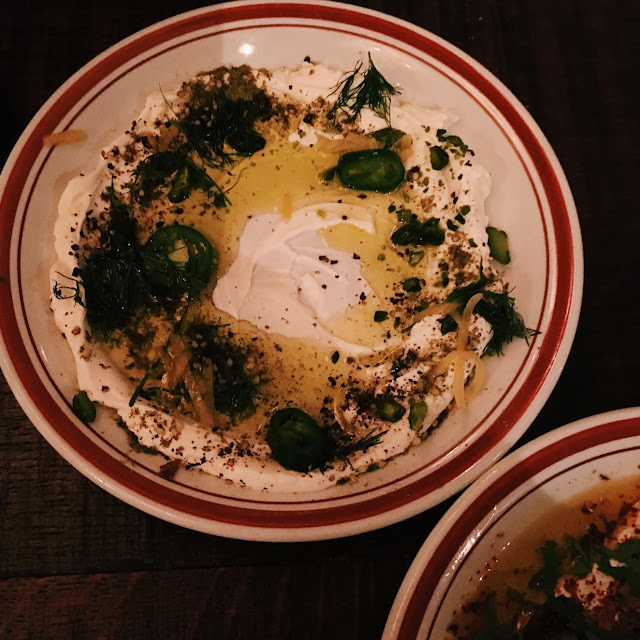 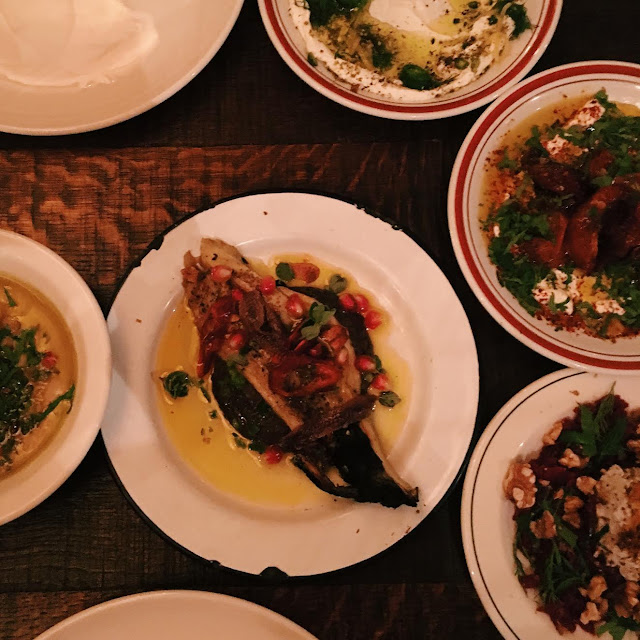 As any regular reader of this blog will know I absolutely adore anything Middle Eastern when it comes to food, particularly fond of the mezze dishes that form such an integral part of the cooking in this region. In fact all of my favourite London dining spots serve this cuisine in some way, shape or form though of course focusing on different countries within this geographical area and adhering to varying degrees of traditional cooking methods and types of ingredients used.

That includes Israeli influenced Honey & Co, Morito on Hackney Road where Spanish tapas is fused with mezze to wondrous results and last but not least Haggerston based Berber & Q which on my various visits there has never failed to impress me with it's finely executed Middle Eastern fare, served up with a hip and slightly Brooklynite touch that shines through in it's modern approach to cooking, successfully pushing flavour boundaries without loosing the essence of what makes Middle Eastern cooking so great.

I was thus more than a little excited to hear that Berber was opening a new off-shot in the picturesque surroundings of Exmouth Market, a rather romantic pedestrianised street a stones throw away from Angel, lined with a fine selection of cosy looking restaurants that are ideal for a more relaxed and serene eating experience, away from the cocktails bars of Shoreditch and chain restaurants rammed with tourists in Soho.

At first glance the Shawarma bar may not have seemed the most obvious of dining options for a none meat eater like me- a whole section on the menu after all devoted to shawarma which is bluntly put a meat of your choosing spit roasted with not much else on the side. But veggies despair not-  though shawarma may be the menu item the bar is named after, I can assure you it, at least in my eyes, isn't the star of the show here. No, where the Shawarma bar really stands out for me is with it's stunning array of mezze dishes that also happen to be a real steal.

Why? Well for a mere £22.5 you get to pick 5 of their near perfect vegetarian mezze dishes offered here which with an additional side of the infamous Berber & Q cauliflower shawarma, making a much appreciated guest appearance here, and the delicious fluffy toasted chollah, flown in daily from Israel, resulted in quite the impressive small plate feast being served up at our table. In fact where small plate dining can very quickly turn very pricey in London, at the Shawarma bar we were left stunned by how much food materialised in front of us at such a decent price.

From their smooth hummus that ranks in my top 3 ever, to the creamy yet tangy labneh served with pistachio and dill and the deeply rich blackened aubergine with chilli and anchovy- this truly was food to blow your mind and tantalise your taste buds, leaving me and and my dining companion in near silence as we mopped up the last juices to make sure not to miss out on even the smallest of morsels left on our plates. Other highlights included a sweet yet tangy beetroot salatim (a sort of cold shredded salad) that came served with walnut and orange and the so simple sounding yet oh so wonderful and strangely complex flavour combination of za'tar roasted tomatoes and creme fraiche.

In fact as you may be able to tell by now all five of the dishes we chose were stars of the bloody show because not one failed to deliver in it's flavour, no gap fillers or dishes to pad out the menu - no, from start to finish this was truly exceptional food for just under £17 a head without wine but with service included. We left stuffed and unable to shut up about just how good our dinner here had been. This isn't fine dining- of course you can't reserve, food comes out quick and service can feel a little brisk, but that didn't stop me from absolutely adoring it here. Indeed I even favoured the slightly less "hip" vibe here compared to it's sister restaurant, simple chairs and tables in this narrow dining room a little less forced than the copper, exposed brick and long communal benches so prevalent at Berber & Q.

Putting interior preferences aside though, what it really boils down to for me is the Shawarma bar's effortless ability to serve truly outstanding Middle Eastern food at a value for money you rarely ever get to experience at this level of cooking in London. To me this place is a real culinary treasure that I hope will elude guide books and tourists for a while to come. I will be back and if you like mezze even just a little bit you better be on your way there now. You won't regret it. 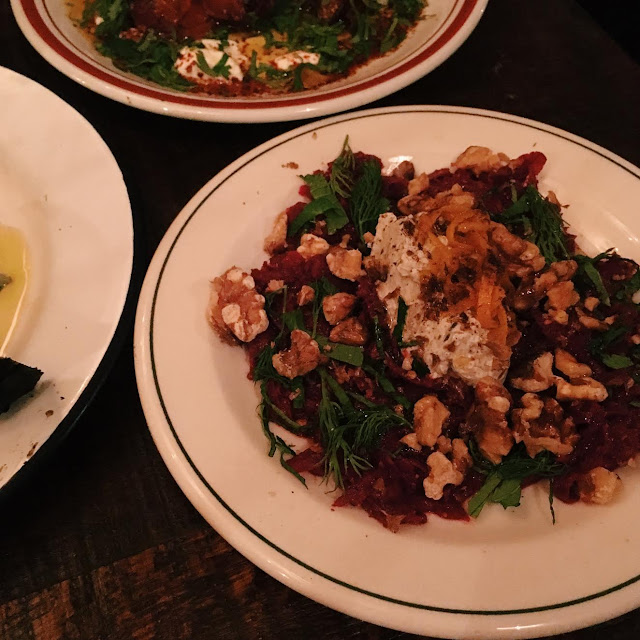 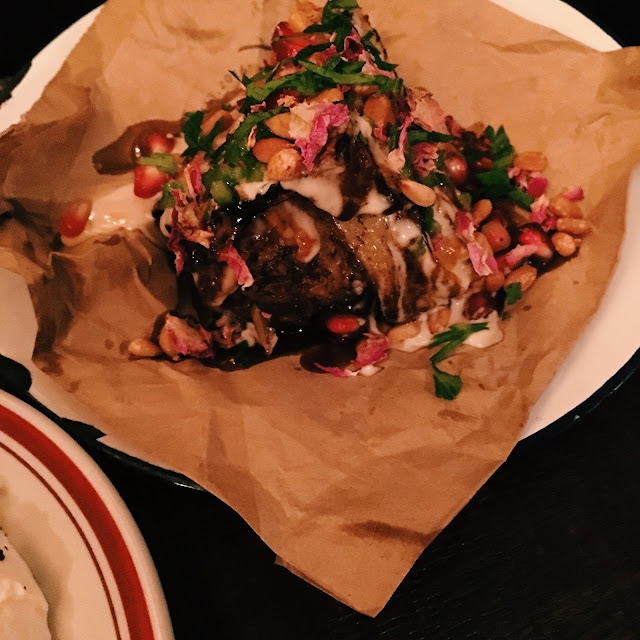 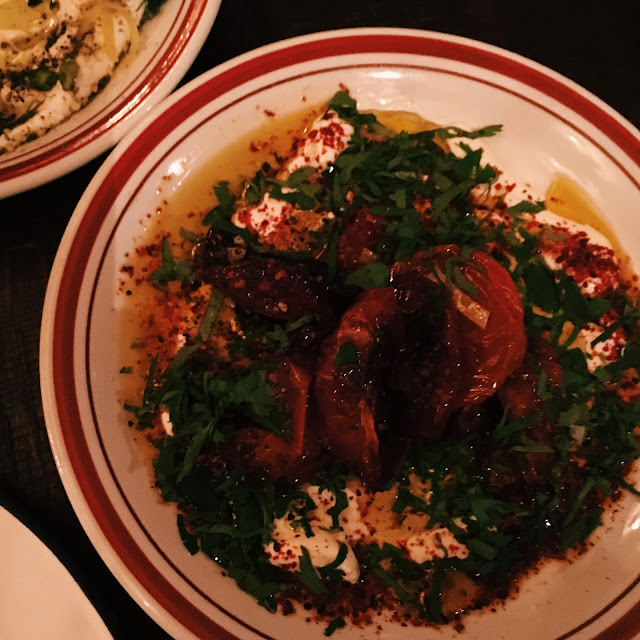 A debt of gratitude is in order for the pleasant web journal. It was extremely valuable for me. I’m upbeat I discovered this site. Much obliged to you for offering to us,I too dependably discover some new information from your post.
If you want to learn more about Best Hand Blender click here