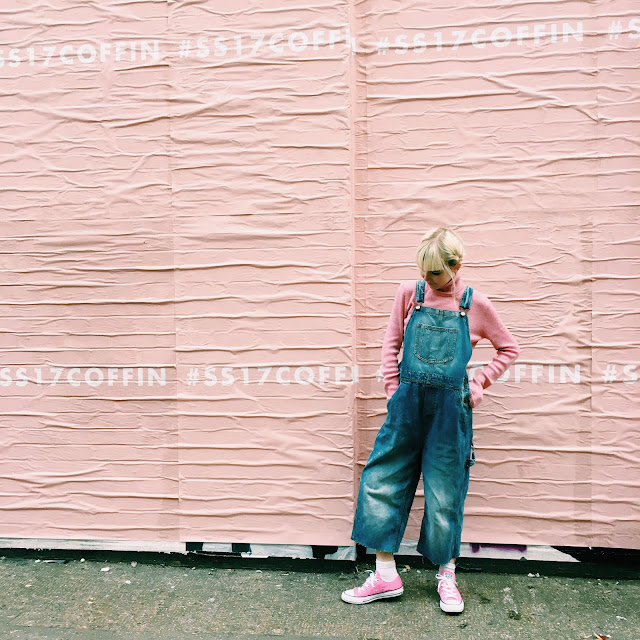 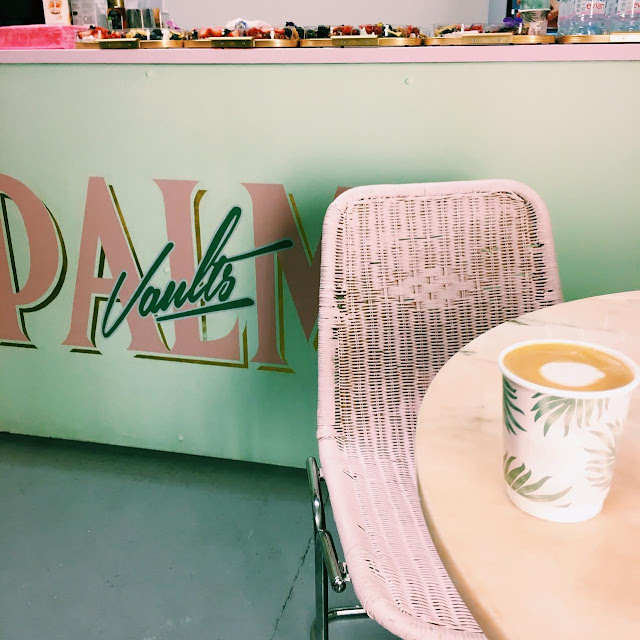 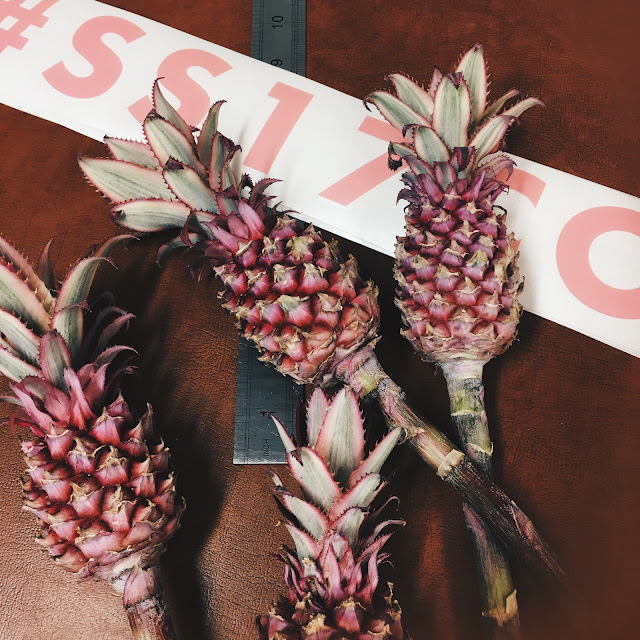 Stellaswardrobe.com has been part of my life for just over eight years now and the two times a week I get my outfit snaps done has become an unquestionable part of my weekly routine, done without a fail no matter the weather, how busy I am or even if I am barely standing. Of course as life has it I also had to start facing up to the reality of adult life during these years and start paying my own bills and rent each month, without any family money to fall back on inevitably having to rather quickly enter the working world once my degree was done.

I won't bore you too much with my life details. Yes, I did a totally academic subject at a totally boring and academic university (history at UCL if you care to ask) but unlike many of my classmates chose from very early on in my course, if not earlier in my life, to not to go down the better paid route of becoming a banker / consultant / lawyer / anything that involves dressing in a suit and working in the city. Why? Well as this blog stands as testimony of I have always loved fashion and in a way always knew it was in some shape or form going be part of what I wanted to do for a living.

I began interning in the industry while I was still at Sixth form through a combination of luck, determination and also having this little blog that thankfully a few people began to read and ended making the rounds at ASOS, Elle, Company and Grazia to name a few during my intern time which continued well into my uni years where not a single summer was not spent working full time for free. Of course I didn't always have the best of times, 'The Devil Wears Prada' is undoubtedly an accurate portrayal of some editors and their peculiarities, but I learnt an invaluable amount about the industry and how it works during this time and was able to built relationships with people that have lasted to this day, the fashion world in fact filled with fantastic figures like Paula Reed, just one example of many, who are at the top of their game but still will mentor and nurture talent when they see it and have not got one bad bone in their body instead an admirable amount of talent and passion.

Through a process of elimination I began to see what job I wanted to actually end up doing, pipe dreams of being a designer, fashion editor and stylist slowly but surely crushed as I got to experience the realities of doing them in day to day life. Luckily through running this blog I had, without really trying, become a social media native, me of course advertising to you guys what I was getting up to through my Facebook, Twitter and Instagram accounts, making me well skilled and experienced in a field that fashion brands were now looking at using more and more and could no longer ignore. With a bit of luck these skills eventually landed me my first job at super talented shoe designer Kat Maconie who I am still indebted to to this day for having full faith in my abilities and letting me loose on her social media channels which luckily for her I ended up being more than capable of successfully looking after.

Of course it was a bit of shock to the system leaving a cushy uni life with loans and starting right at the bottom in an industry where wages do not reflect the costs of living in London but I cannot thank Kat enough for what I took from my time here, particularly the realisation that it was not strictly fashion per se I was interested in but rather the creative process as a whole- brainstorming ideas and making them happen in real life to elevate brands, create campaigns and leave an overall lasting impact.. the end goal of eventually becoming a creative director slowly crystallizing in my mind as the career path I wanted to take.

I was very fortunate then that after I left Kat Maconie another place offered me a position perfect for exactly this next step in that path. Coffin On Cake PR, the PR and creative agency I have now been with for just under 2 years gave me the freedom but also sometimes harsh guidance and criticism from my Creative Director that I needed in order to learn what really goes behind being a creative, from pitching for new business, developing strategies and running big social accounts to also having the guts to go with an idea when significant budgets are involved and your neck is the one that is ultimately on the line when things go wrong.

Anyway excuse the ramblings on my short and far from extraordinary career so far...To get to the point I am now the Creative Content manager at the agency and, with the invaluable work of my amazing assistant Karmen, was for the first time in complete charge of coming up with and also realising the theme for our SS17 press days. Why am I sharing this on the blog? Well I am pretty damn proud of the result. Starting with a silly Pinterest board that was all Miami Vice, 80's references, pastel hues and neon flashes, in part inspired by me recently re-watching Drive and Inherent Vice and stumbling across an image of the all pink Paul Smith store in LA, we slowly began to shape and develop ideas of how we wanted to transform the office, spending a good few weeks trying to make it all reality whilst not overdoing it on the budget side of things. 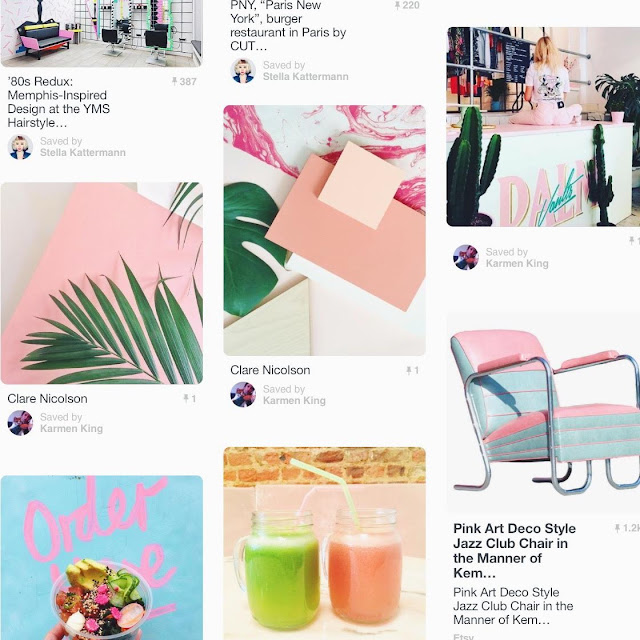 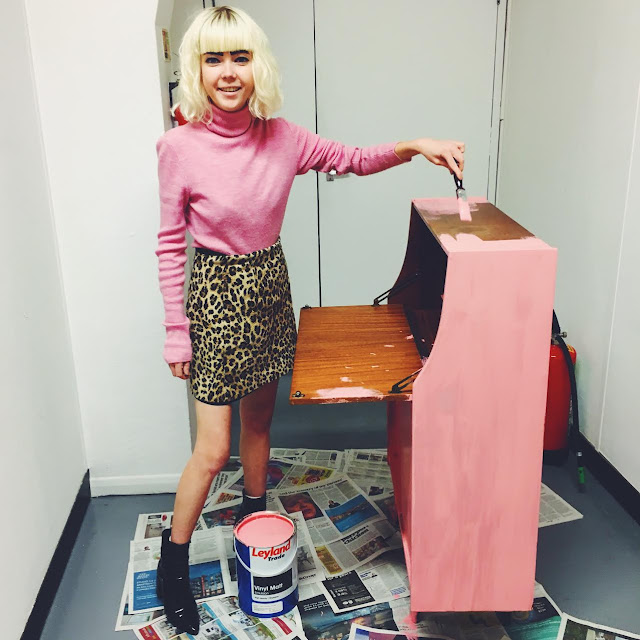 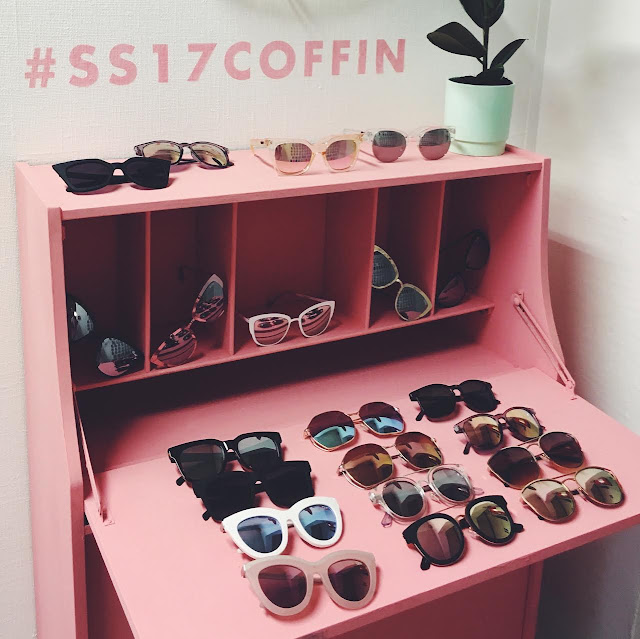 This meant a lot of thinking outside the box- hey guys I can effortlessly fly post any building with massive pink posters, some wallpaper paste and a broom now, improvising (who knew you could give almost anything a new lease of life with some pastel spray paint) and long hours but you know what these kind of days only made me realise how lucky I am that I found a job I truly love, "a calling" may be lame way of expressing it but I was so proud of the end result that I was itching to start a new project, a new creative challenge, almost straight away- having ideas and making them a reality a feeling that is hard to top for me.

We were also lucky enough to get the amazing guys at Hackney based and now pretty much Instagram famous coffee shop Palm Vaults on board, whose tropical vibes and Miami inspired 70's and 80's retro look seemed almost too good to be true for what we had in mind and who set up their amazing bar in our office space for the duration of the press days, serving incredible coloured lattes and baked goods (get yourself down to their cafe asap as queues are only going to get longer!).

Of course I still have long way to go before (and if) I ever become a proper Creative director, in my dream scenario working with high end luxury brands, and I still don't earn a bomb but I guess other than showing off, at least a little, what me and the Coffin team managed to pull off for this press day, I also wanted to show that even in this day and age you don't have to be a famous full time blogger or the editor of Vogue to have made it in fashion. If you work hard, and I mean damn hard, and find what you really love doing, there will be a way to make your own path - heck you'll even be able to keep your very own blog on the side even if it means a few long evenings and late nights! 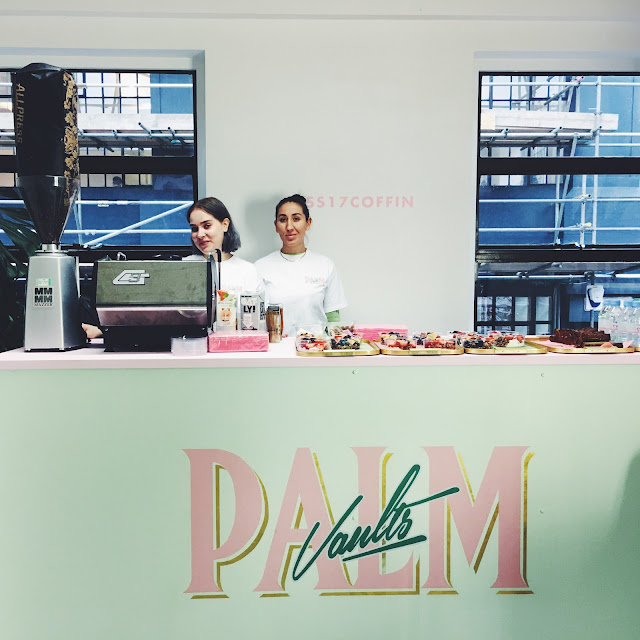 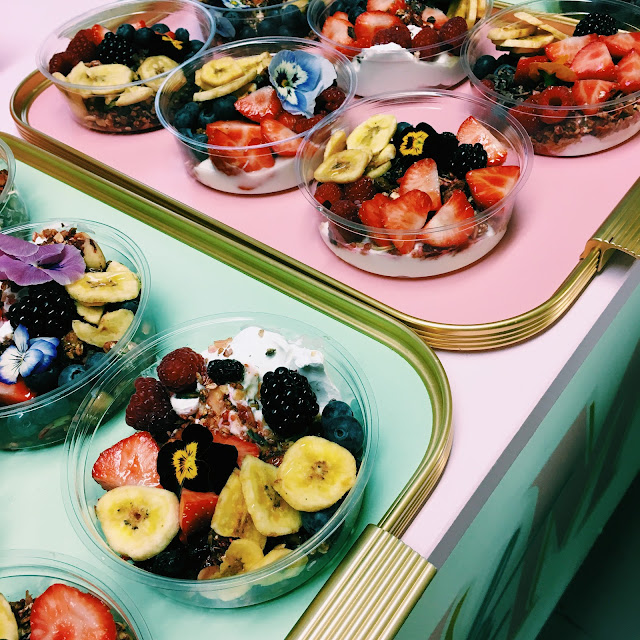 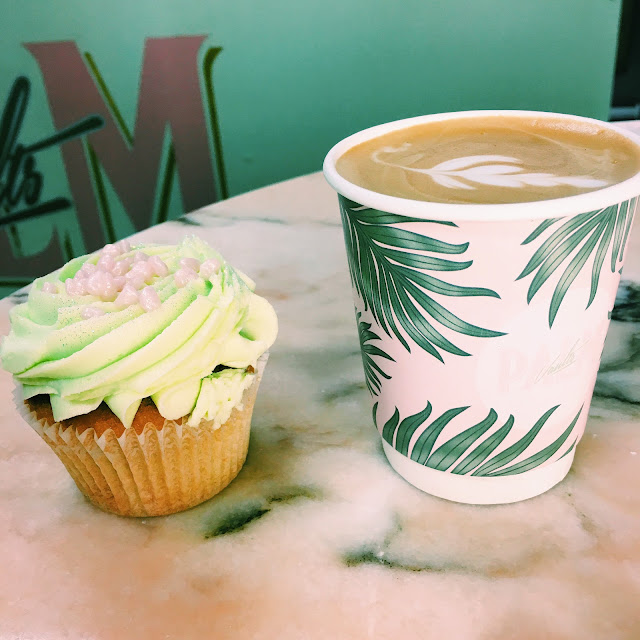 This was such an awesome read! I love the whole aesthetic of your blog and you are absolutely exquisite!!

I've been following your blog for years so loved reading this post about how you broke into the fashion industry and what you do now. I've just moved to London and after having a pretty decent job in NZ have found it super tough here. Anyway, love your outfits and food recommendations so keep them coming x

Hiya !!! ... I am Sonam Raees A Hot, adorable and hot young lady, as individuals depict me in their fantasies. Conceived and raised in an exceptionally pleasant family where you wont discover individuals other than specialists and architects from a north town of India. I have dependably been an extremely unusual in all viewpoints where my everything relatives have been exceptionally bashful and sensible individuals. It is truly extreme for me to gel with a family people whose nature is all together not quite the same as what I am really conveying. I am as beguiling as any lovely hollywood superstar so why ought not I appreciate my magnificence then being in books and writing. Notwithstanding all these, I went by Goa for my further designing studies and I really got wings to my fantasy of getting to be motivated dream model of everybody's eye. In any case, four years how might I really inspire enough to have a ton of fun and celebrate. Out of the blue one of my old town companion rang who was additionally concentrating on in a similar city, for a gathering. I was extremely glad as though I was meeting my old companion and celebrating with part numerous young men. I was stunned to see her spending extravagantly and I asked her, "darlings give me an approach to profit the way you do it being an understudy". She uncovered a mystery of she working in Goa Call Girls and Goa Escorts Service. This was something new to me however this resembled with one slug two shots. As I am hot I would appreciate messing around with men and young men and where I would profit to commend all the days like VIP in Goa. Be that as it may, even now I needed to reevaluate on my choice so I asked my companion that I should buzz you back.

given article is very helpful and very useful for my admin, and pardon me permission to share articles here hopefully helped :

Dubai Indian Escorts girls offers their services during late night hours with their opening to allow customers avail Incall or outcall at any time.
Indian Escorts

I have read a few of the articles on your website now, and I really like your style of blogging. I added it to my favorites blog site list and will be checking back soon. Please check out my site as well and let me know what you think
شركة تنظيف بالدمام
شركة تنظيف بالخبر
شركة تنظيف بالجبيل
شركة تنظيف بالقطيف

I actually checked right up your website considering Concerning listened to a great deal of pertaining to a person's discussions. Grateful to talk about, a gossip very well; you will be okay around this
شركه تنظيف بالدمام
شركه تنظيف بالخبر
شركة تنظيف كنب بالدمام

Thank you for sharing information on your website, blogging greetings
Tanaman Obat Ambeien


Polular KEWWORDS for SEO of Massage Parlor Website in Delhi & NCR region are :