As many of you may know by now I have a very committed sweet tooth, the dessert for me as much an indicator of a restaurant's cooking ability as a main and something I always look forward to, rather forgoing a starter and leaving that little bit of space for the sweetest and in my opinion best way of finishing a meal. However sadly despite London being filled with countless restaurants, a good dessert is not that easy to come by, many merely seeing it as an afterthought on the menu or playing it safe with   dessert classics like tiramisu, chocolate fondant or a creme brûlée, all of which are rarely done well and rather unspectacular in the flavours . However I have found a few exceptional dessert creations, sometimes in the most unlikely of  places, that are imaginative, tasty and beautifully presented and every time see me leaving on a sugary high! 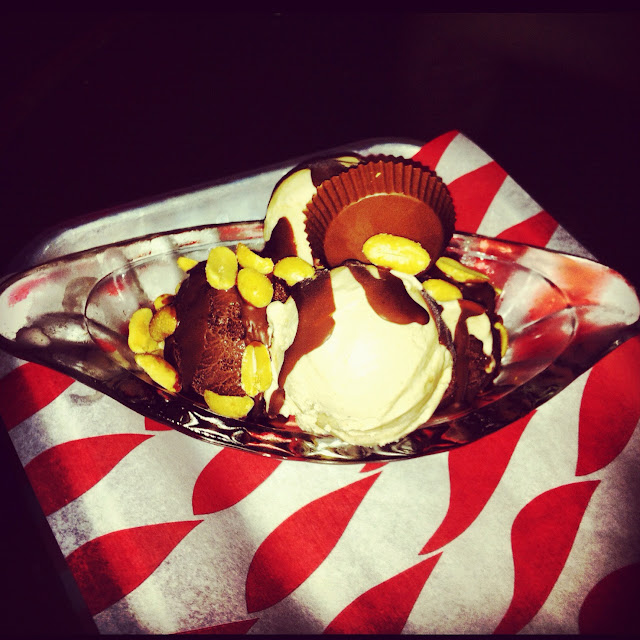 Reese's peanut butter sundae @ MeatLiquor
Meat Liquor may be more for its burgers that see many queue around the block but I urge anyone that makes it inside to leave a bit of space for the little known dessert options here. Yes, it isnt exactly easy to still fit anything after fries, the infamous dead hippie burger and the addictive deep fried pickles but believe me this sundae is worth being rolled out for. As a bit of a sundae connoiseur I have my fair share of rather disappointing attempts at this American classic in more than one restaurant in London. However this sundae ticks all the boxes. Peanut and chocolate ice cream, slightly salted peanut brittle, chocolate sauce and as crowning glory a Reese's peanut butter cup which in itself has addictive qualities, this is one hell of a sundae 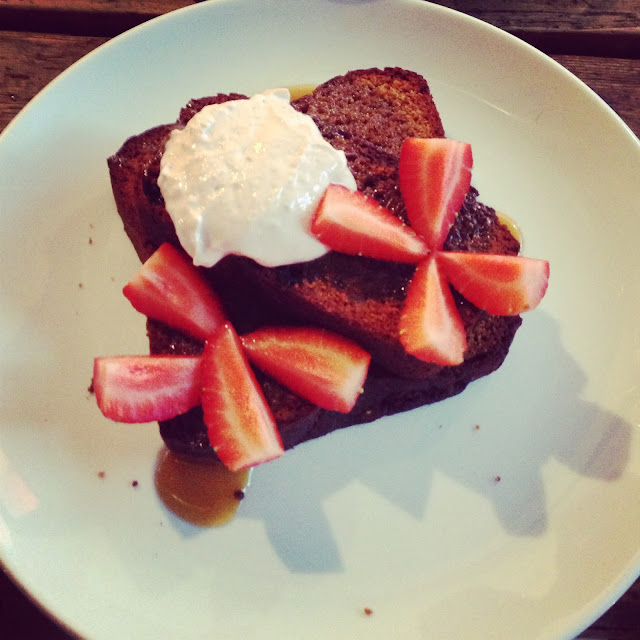 Ginger cake @Workshop Coffee Co.
If they do one thing exceptionally well at Workshop Coffee it is their flavoured mascarpone (something that appears on their equally inventive brunch menu via coffee and truffle flavoured variations) and which works a real treat in this unusual dessert. Combined with the warm and gooey ginger cake, the raspberry mascarpone and hot toffee sauce create a rather addictive flavor combination that still isn’t too heavy with the tangy mascarpone and zingy ginger cutting through the richness of the indulgent hot toffee sauce. It may not be ingredients one would immediately put together in a dessert but here they work so well that I can safely say it is one of the best I have sampled in London! 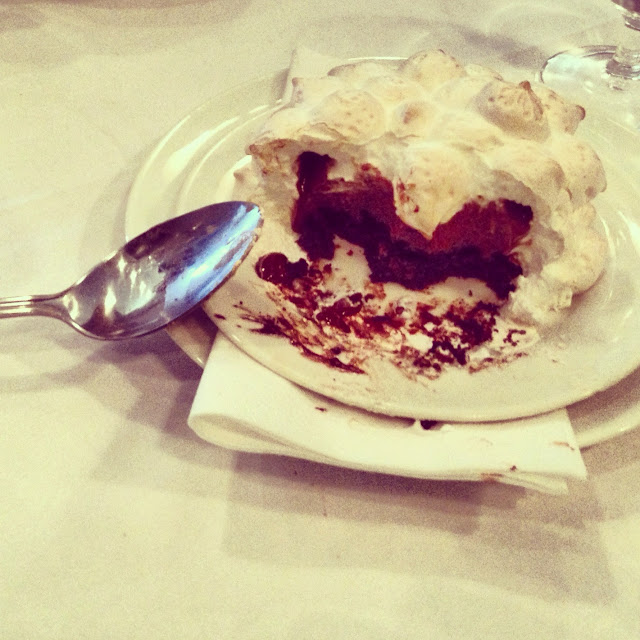 Baked Alaska @ St John's
At St John's they like to do things a little different. From their locations, one right in Chinatown, one in a  former smoke house, to their menus, desserts here changed constantly to allow the chefs to be truly creative with seasonal ingredients- St John's restaurants are really one of a kind. Though their rather meaty mains menu has never seen me have a full meal there, the desserts i have tried have consistently impressed, always perfectly executed and taking on classic desserts like an Eton mess, spotted dick or in this case the backed Alaska but giving it a creative twist that make them far from average. The Alaska, far removed from the 70's cheesy dessert everyone knows it as , here really is a work of beauty. With a soft meringue shell that melts in the mouth and filled with chocolate mousse, chocolate ganache, on an almost slightly bitter chocolate biscuit base, this is as close as you will get to dessert heaven. Being not a massive chocolate fan I was a little hesitant that it would be too rich or too sweet but using high quality, high percentage chocolate and with the light meringue shell this is a perfect marriage of flavours rather impressively presented. A real dessert show stopper. 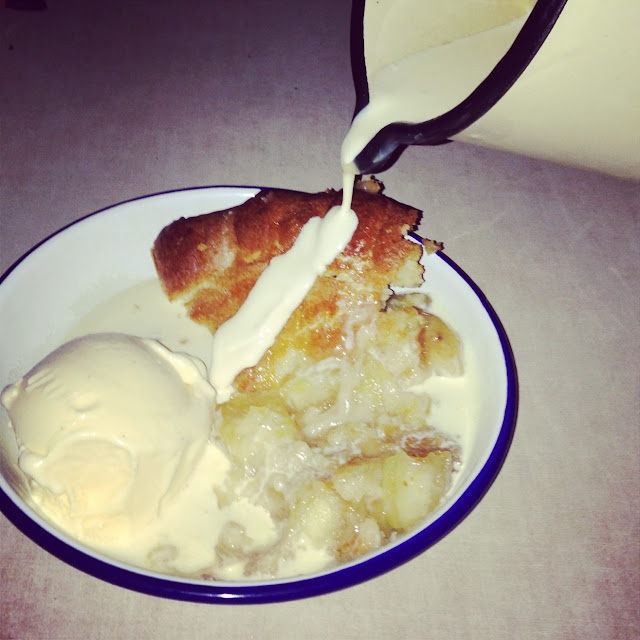 Apple pie @ Chicken Shop
Apple pie is an absolute must try here and currently my number 1 dessert obsession. It’s not only the indulgent way the waiter brings out the whole pie form to serve you up a humongous slice fresh onto your plate or that you get a pint of cream AND vanilla ice cream to appropriately drown it in. No, its the pie itself with just the right apple to crust ratio and a hint of cinnamon that makes this the ultimate comfort food that will make you come back time after time. And yes the designated pie waiter knows my face by now but trust me he  will know yours soon too.
Posted by Stella's wardrobe at 13:53

Everything looks delicious. I especially want to try the ginger cake and the baked Alaska, although the other two look equally amazing!

These all look awesome. God knows how you stay so nice and thin though!

Hi, I saw your page and I like it, I need something like that , I want to start a page as your ans recently I asked a web design company ELCO PLANET (www.elcoplant.com) to develope the page for me.. I was just interasted for web hosting..I can see your blog http://stellaswardrobe.com is stable, can you please advice me about web hosting provider..have you ever heard for www.elcoplanet.com offering hosting, alfa reseller hosting... ? thanks a lot

Dear, I am glad to see your interest about our product and services, please note that www.elcoplanet.com offers lowest prices on the market for web hosting services, own equipment, dedicated and specialized 24/7 support. Here in Elco Planet we are working hard to provide best web hosting service. Please visit www.elcoplanet.com often and from time to time you may find discount coupons. Oh, I forgot to mention we offer unlimited web hosting space and unlimited bandwidth.
Best Regreds
Jennifer - Elco Planet Sales Representative

Hey,
Good choices! If you love desserts, you might like my blog, Sweets Fang, which is all about desserts and sweet stuff in London.

You can find it here: http://sweetsfang.tumblr.com/