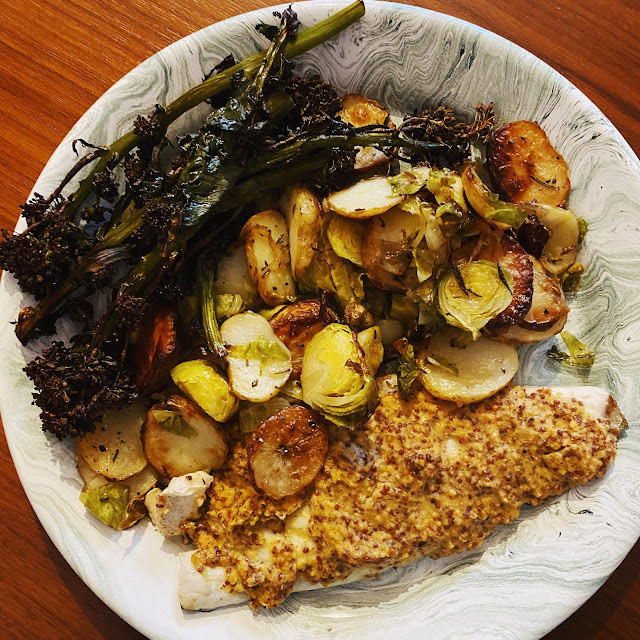 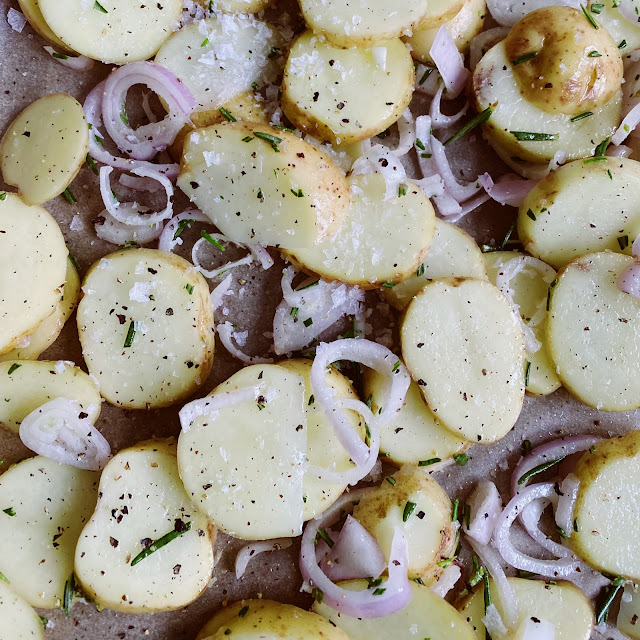 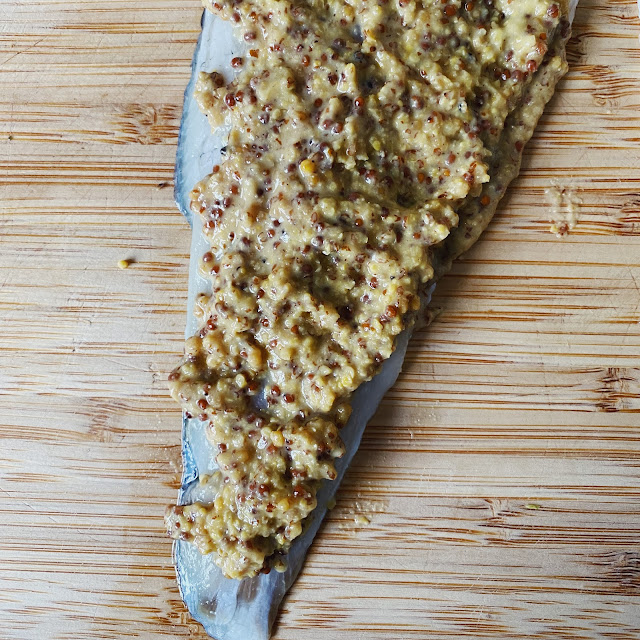 Who knew a bit of wholegrain mustard mixed with olive oil would work SO well on top of some white fish! I was completely wowed by the punchy yet not overpowering mustard crust on top of a piece of roasted sea bass. It was also a total delight served with a delicious roast veg number of thinly sliced brussels sprouts and potatoes, roasted in the oven with some rosemary and cumin seeds.
A one pan (+ frying pan if you want to give the sea bass skin a quick crisp up before the oven) sort of dinner that is healthy, wholesome but definitely not lacking in flavour!
SERVES 2
INGREDIENTS
METHOD
Posted by Stella's wardrobe at 03:43