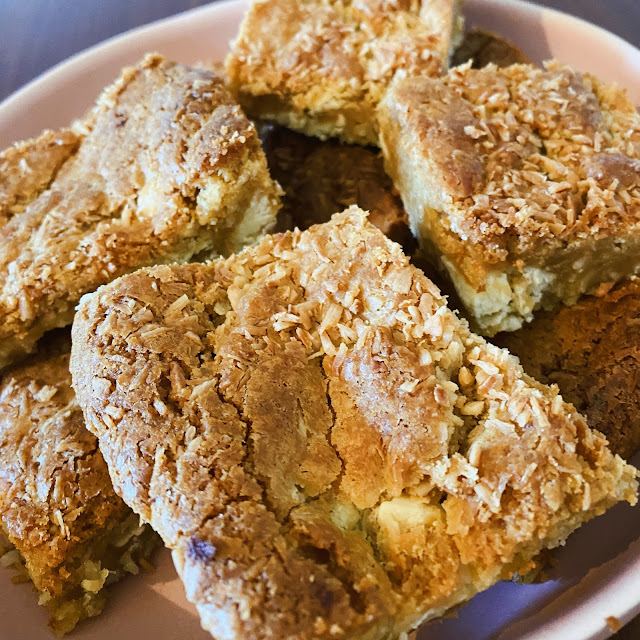 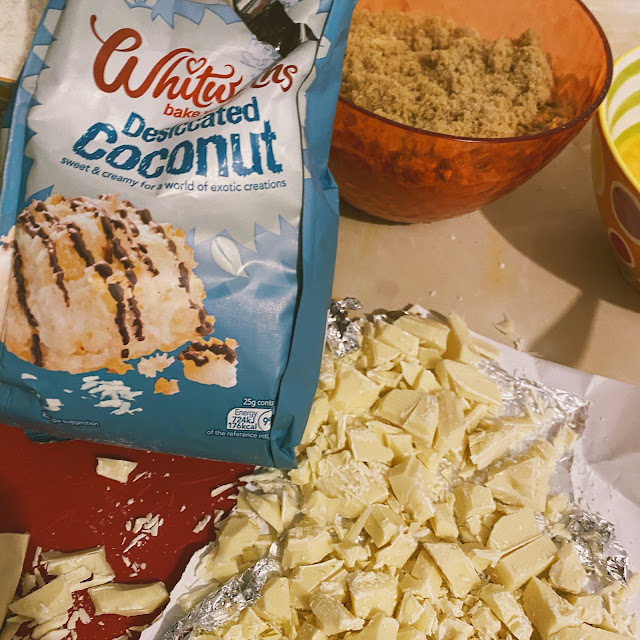 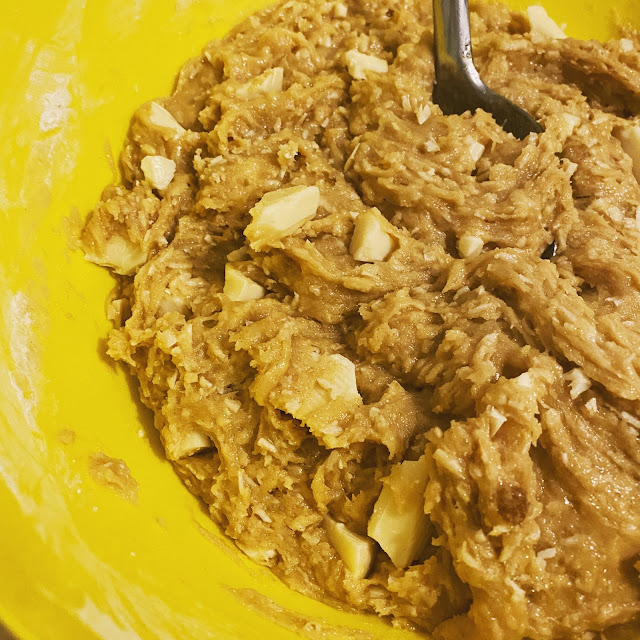 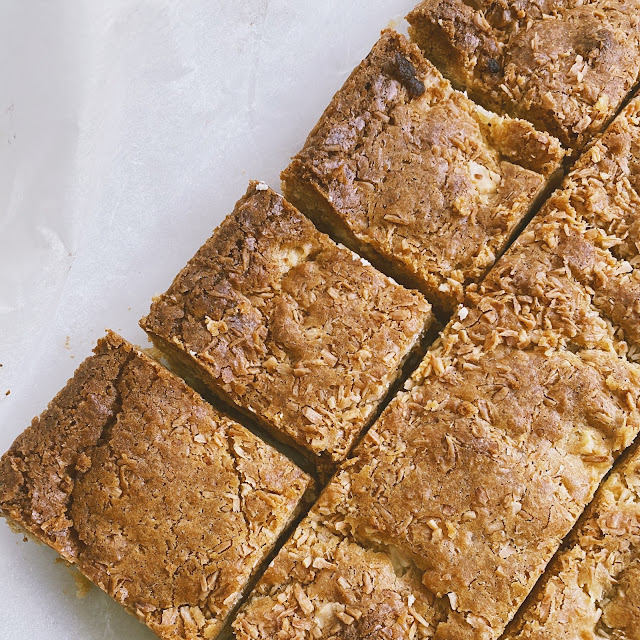 These blondies are pretty out of this world. Fudgy, filled with white chocolate chunks and speckled with desiccated they are already top notch but the browned butter takes them to the next level, adding a wonderfully nutty note.

They do take a good 45 minutes to bake but the dough is mixed up in mere minutes and boy are they worth every minute involved in making them.

I ate so many the day after I had baked them that I felt slightly sick but there were ZERO regrets.

One of the best things I have baked and a total crowd pleaser.

METHOD
Posted by Stella's wardrobe at 09:33