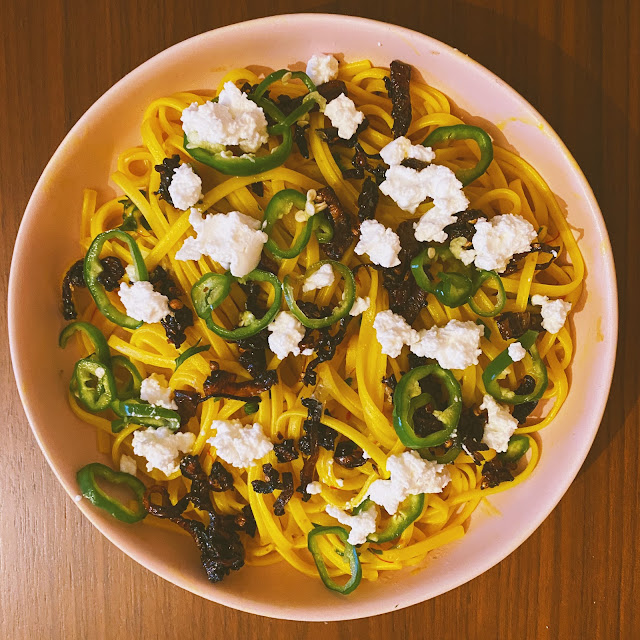 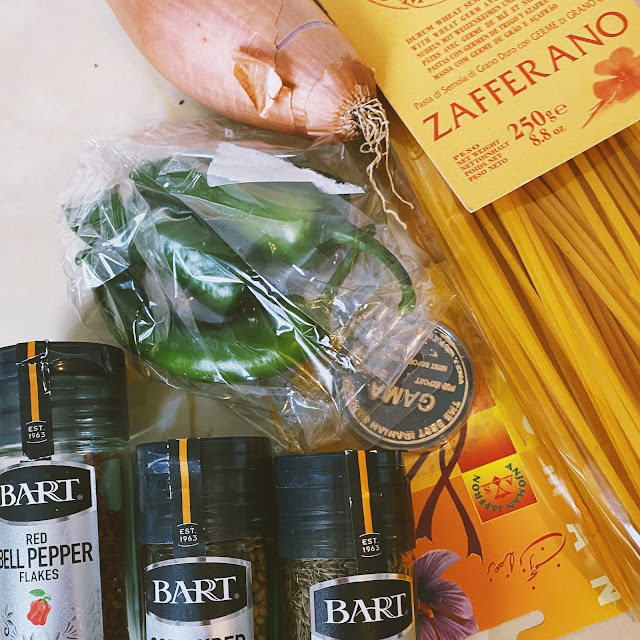 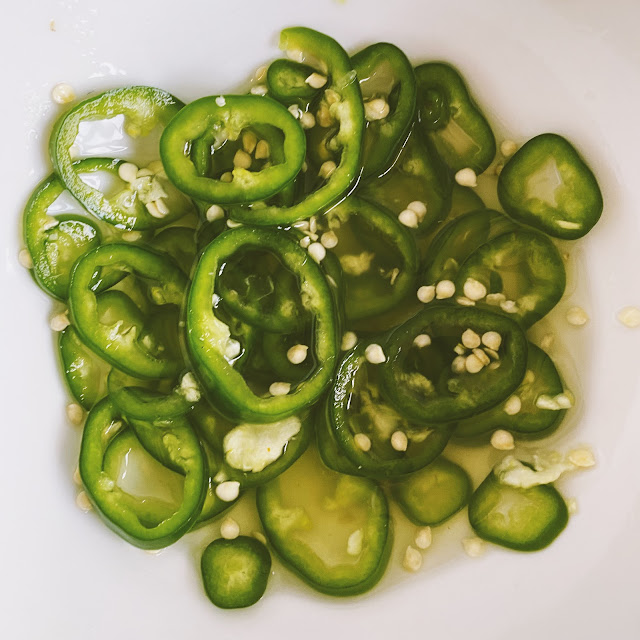 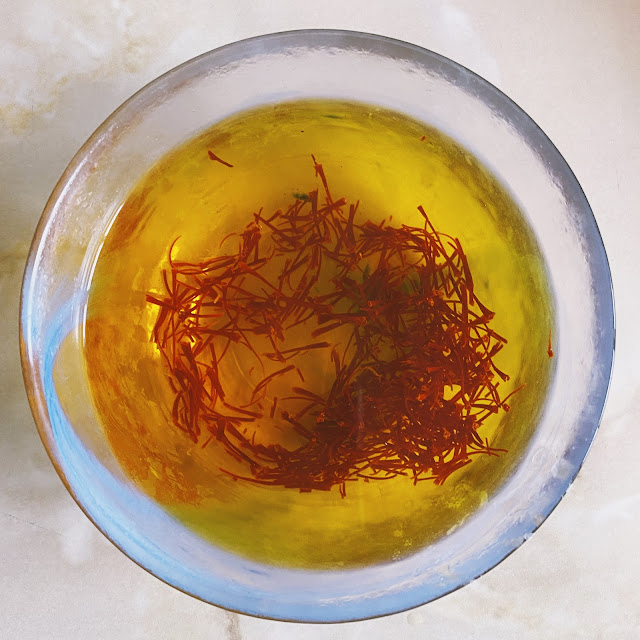 This intriguing sounding fusion recipe, by the never not inspiring Yotam Ottolenghi, had been on my 'to cook' list for a while but when I stumbled across saffron pasta at new foodie haven Eataly by Liverpool Street station I simply had to finally make it!

Mainly because the original recipe calls for making your own saffron tagliatelle from scratch and with me yet to invest in a pasta making machine but also too committed to sticking to a recipe to use plain tagliatelle (which would work actually just fine here) I had been holding off making this until saffron scented linguine and me would finally cross paths and INDEED WE DID!

For Ottolenghi standards this dish is whipped up easily and quickly but the end result is full of wonderful textures (particularly the crispy chipotle shallots are a game changer), fresh and zingy flavours and ingredients that on paper shouldn't work together but create a rather outstanding and unusual pasta main.

FOR THE CHIPOTLE SHALLOTS
FOR THE PICKLED GREEN CHILLIES
METHOD
Posted by Stella's wardrobe at 08:46