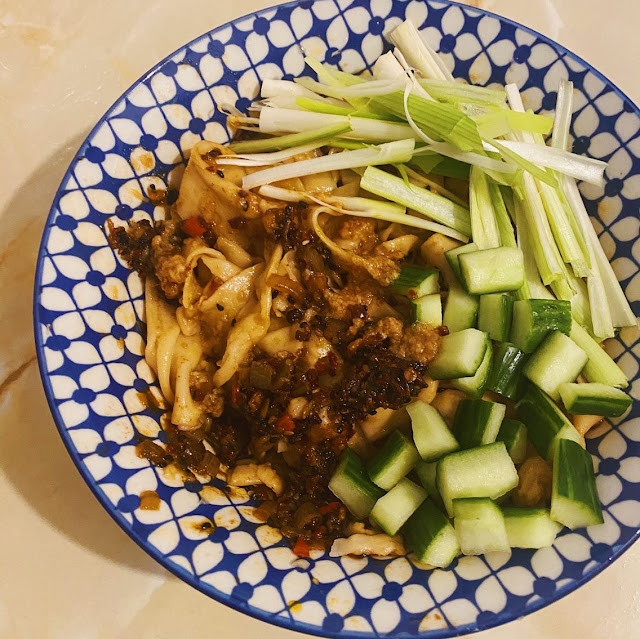 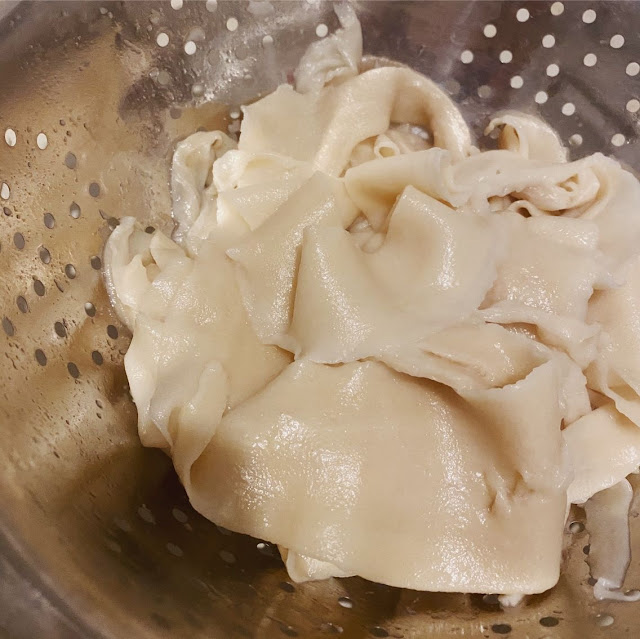 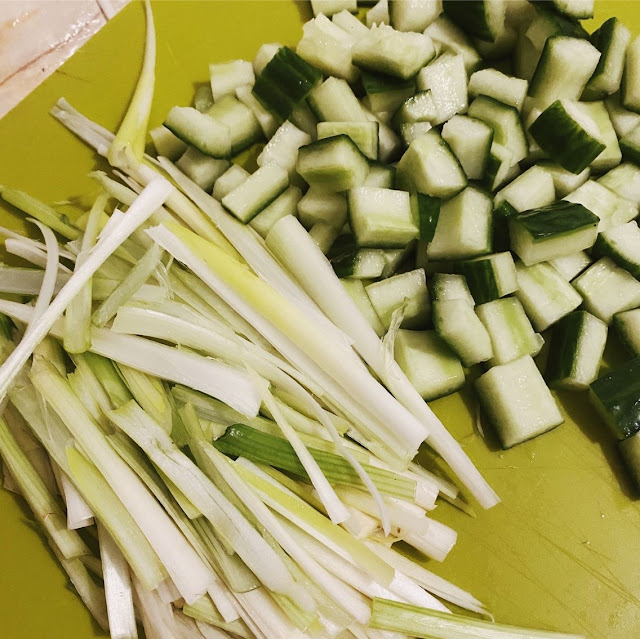 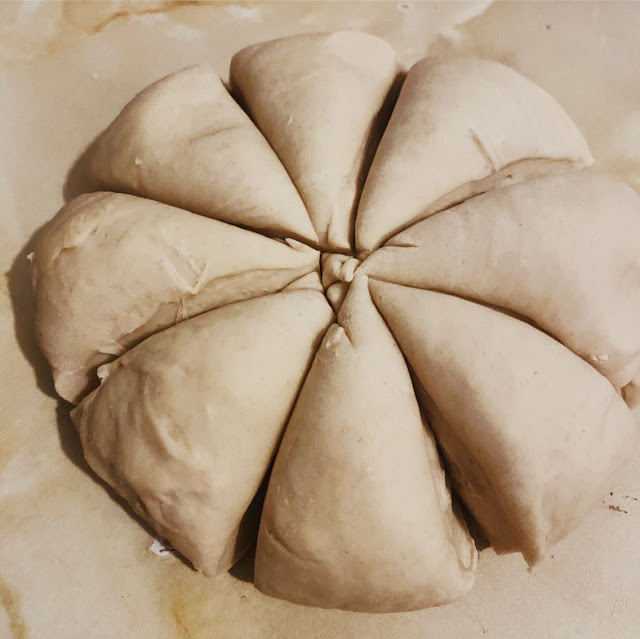 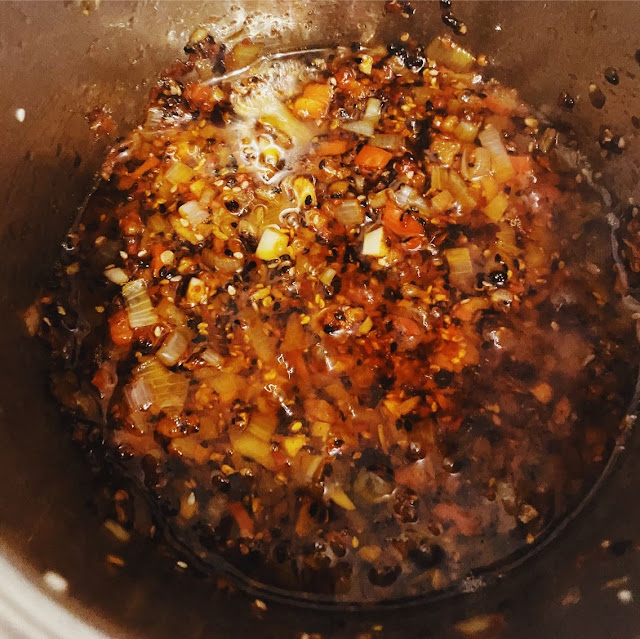 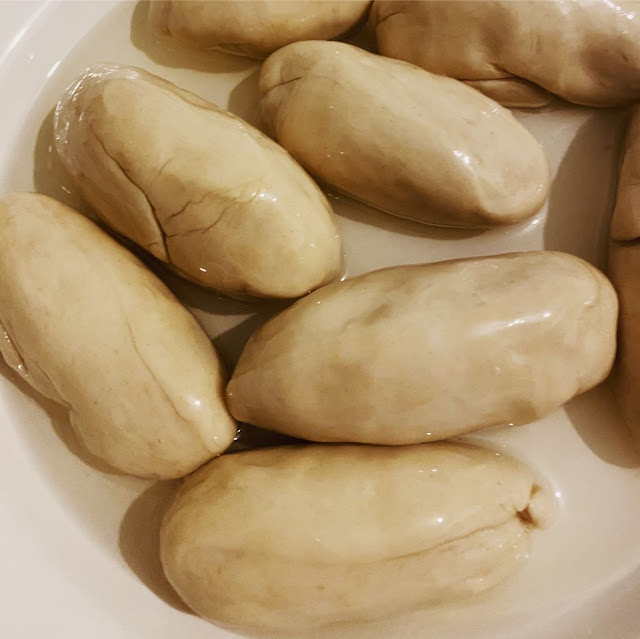 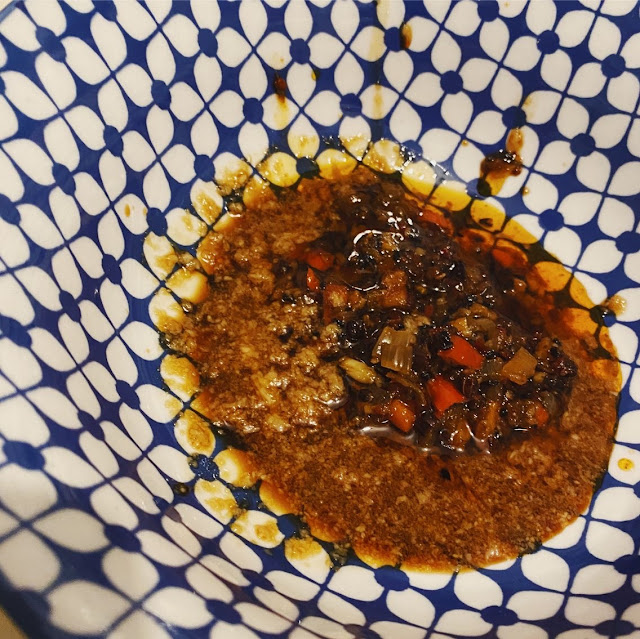 This is not a recipe to make in a rush. It will take a good afternoon to prep, some nerve wrecking minutes to pull the noodles and most likely a lengthy visit to a well stocked supermarket to find some of the more unusual ingredients used by Ottolenghi in this belter of a recipe BUT trust me on this one, it's totally worth the effort, especially as you end having made and hand-pulled (!) your own noodles!

Instructions and the length of the ingredients list may sound daunting but actually it's all very doable if you go step by step and WOW the final bowl of noodles is a simple flavour explosion - silky noodles, the most incredible homemade chilli oil and a banger of a tahini soya sauce, it's a dish you won't forget in a hurry and which you would easily devour without a question at one of Ottolenghi's famous restaurants.

Your noodles do not have to end up looking perfect to taste the part but I actually didn't find making them too hard after watching this little tutorial video by a recipe developer at Ottolenghi and overall I found the whole process of creating these noodles from just flour, water and salt incredibly fascinating!

Admittedly, without the time we are forced to have on our hands right now I probably would have never tried making this but I am so glad I dared to approach a recipe that no doubt intimidated me a little because the end result was so, so good!

Give this a go, I promise you will nail it.

FOR THE NOODLES
FOR THE CHILLI OIL

FOR THE TAHINI & SOYA SAUCE

TO SERVE
METHOD
Posted by Stella's wardrobe at 08:14