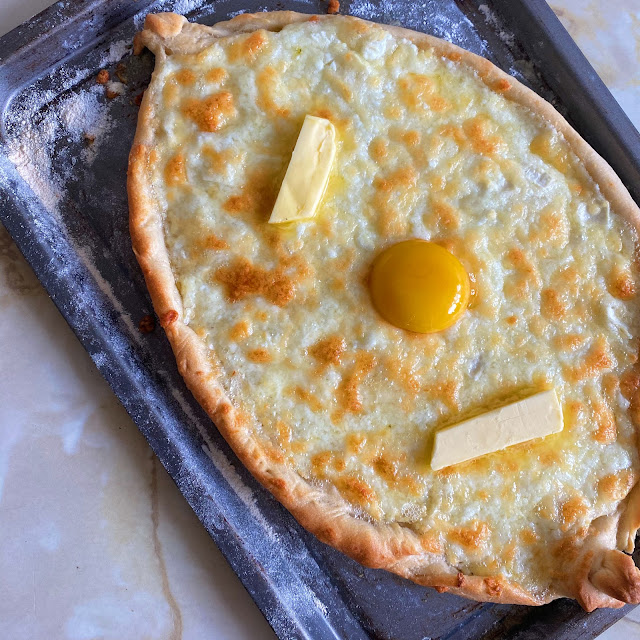 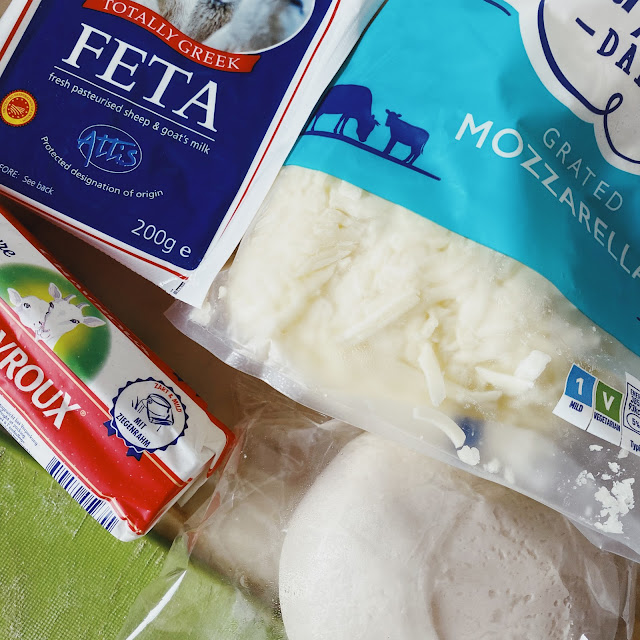 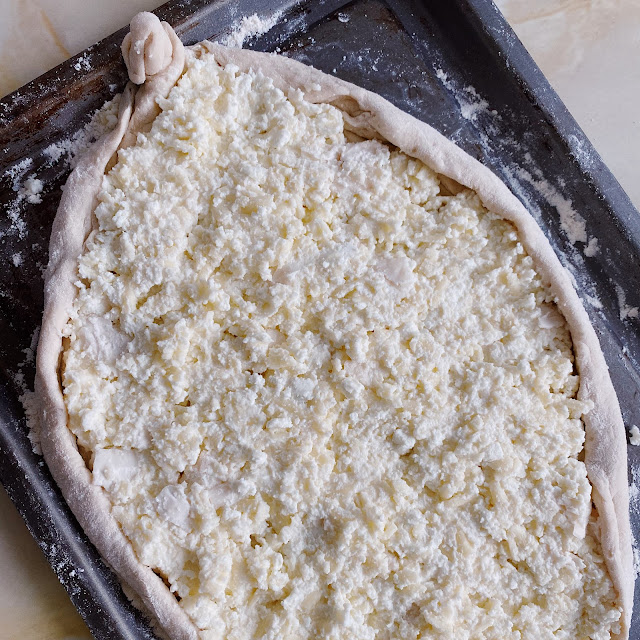 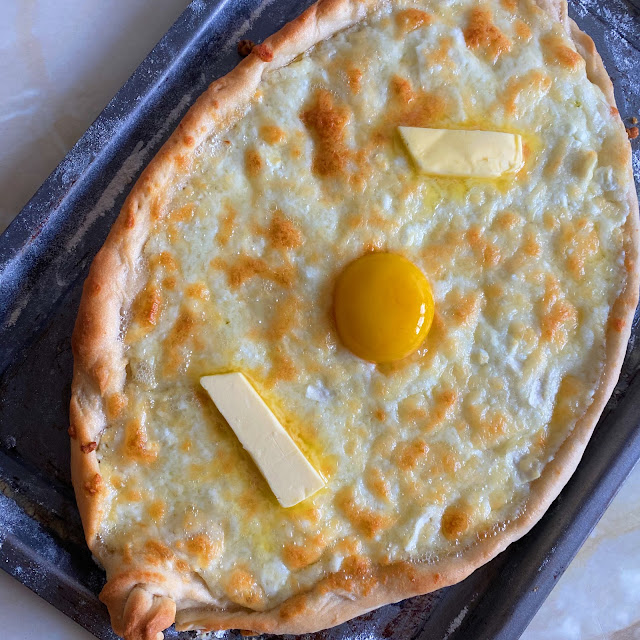 It may be a surprise to some of you, but Georgian food used to be known as 'the haute cuisine of the Soviet Union' and rightly so!

It's a cuisine that is, of course, heavily influenced by Eastern European cooking but also has elements of Middle Eastern and Mediterranean food, mainly as over the centuries Georgia, at one point or another, was ruled by the Greeks, Romans, Iranians, Arabs, Byzantians, Mongolians, Ottomans, and of course Russians.

This makes Georgian cuisine incredibly diverse and flavourful, and once restaurants are back to business in the UK I will for sure go back to Little Georgia, the charming, family run restaurant by London Fields which first introduced me to this country's food.

The dish I fell in love with at first taste when I dined there was no doubt khachapuri, or Georgian cheese bread, which is one of their most iconic national dishes.

It's the most amazing combo of cheese and dough, yet not like a pizza, it's hard to explain but boy have I never forgotten the taste of it, which is why I was more than delighted to find a super easy yet authentic tasting recipe for it online that also cuts a few corners for a slightly cooking fatigued lockdown warrior like me.

There are many different styles of khachapuri but most are made by wrapping a pile of cheese in a round of dough, then baking until the cheese is molten. The most famous khachapuri is from Adjara, a region of Georgia on the Black Sea. It’s an open-faced, boat-shaped loaf that’s often served with an egg yolk and a slice of butter to stir in at the table and which not only looks stunning but tastes amazing.

Traditionally, tangy imeruli and sulguni cheeses are used, but they are difficult to find in the UK so this recipe uses a blend of mozzarella, feta and goat cheese which may sound odd but makes for THE most amazing creamy, yet tangy, oozy and cheesy filling.

Feel free to make the dough from scratch but I went for some amazing ready made dough from the Northern Dough Co. which worked a treat once thawed and saved a bit of clearing up in the kitchen!

METHOD
Posted by Stella's wardrobe at 09:58