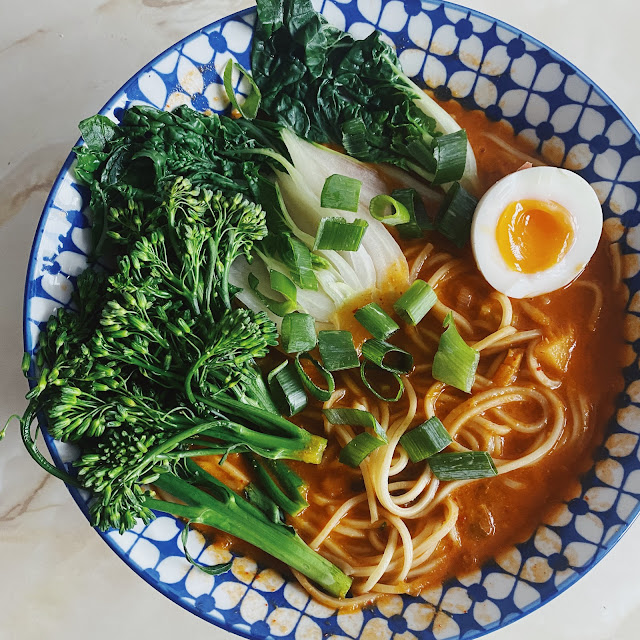 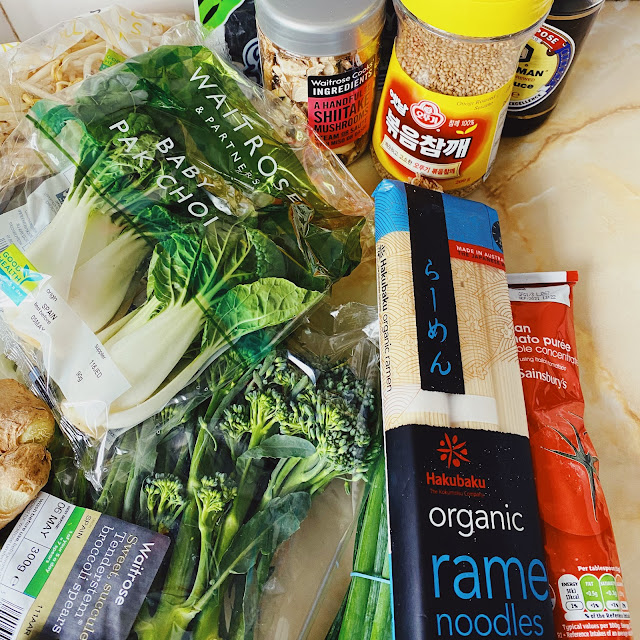 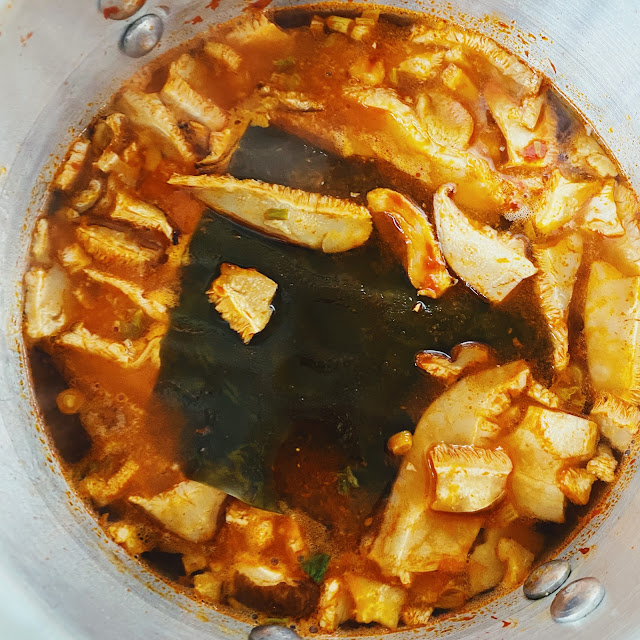 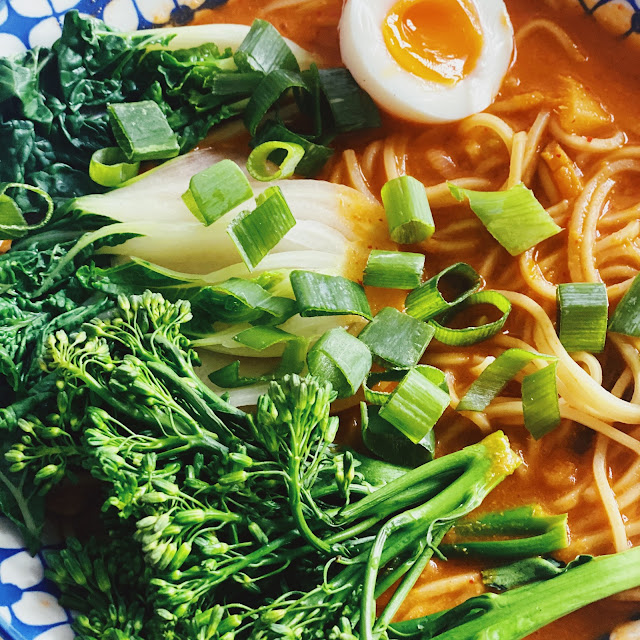 This vegetarian ramen recipe may require a little time to prep, making the broth was almost therapeutic, but the end result was simple outstanding with the final broth being super silky, flavourful and pretty close to the classic pork based one usually used for ramen!


Ingredients are pretty straight forward, I had the Korean red pepper powder in my cupboard from making the Kimchi, but try to get your hands on some kombu which is dried seaweed which gets added to the broth for flavour as it really does make a huge difference to the final result!

I mean guys we have another Bank holiday weekend upon so let's make it a productive one cooking wise!