A MOROCCAN FEAST AT ZIZOU TAGINE 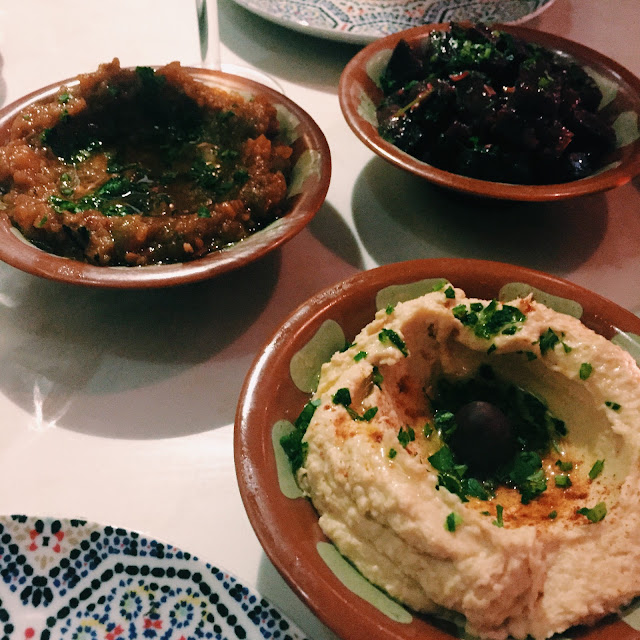 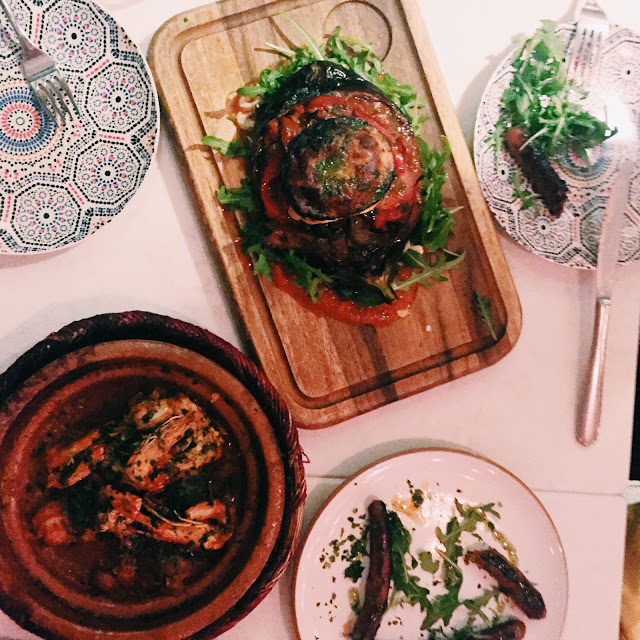 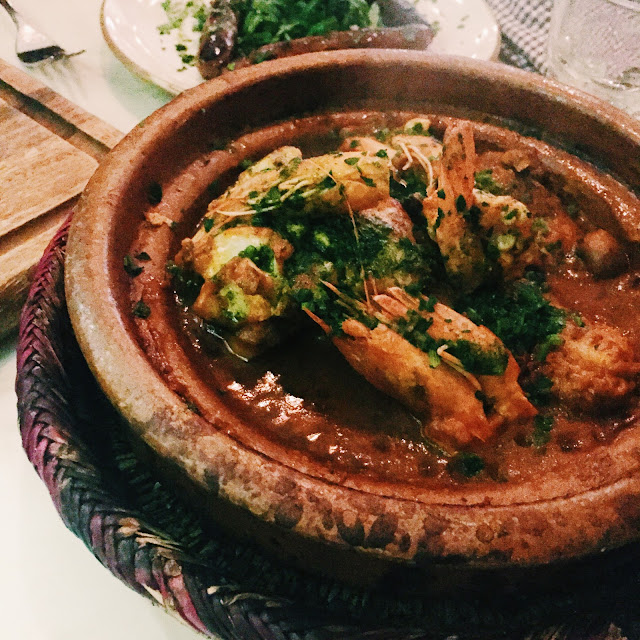 Middle Eastern food has very quickly become one of my favourite kinds of food all round. It is versatile, veggie friendly and built on the principle of sharing a wide range of small dishes (my favourite way of eating) through the traditional medium of mezze and of course happens to also be bloody tasty. I've had my far share of of Middle Eastern food in London by now, from a Brooklyn leaning modern take on it at Berber & Q to a sophisticated Israeli-Eastern European hybrid version at the fantastic Honey & Co and of course the elements of it that feature in the oh so fantastic Ottolenghi salad boxes. These are ultimately not strictly traditional versions and vary very much in the inspiration they take from particular Middle Eastern countries which is why I was so intrigued and excited to go down a more traditional route with the Moroccan fare offered at Zizou Tagine. In fact I had never even tried the tagine dish or ventured to a restaurant solely dedicated to Moroccan food. Yes, with it's location in Balham it isn't exactly in the East London sphere of things that I find myself in usually but oh boy the journey (which was surprisingly bearable on the Northern Line) was 100 percent worth it! Food here isn't fancy and hasn't got a snazzy concept like the likes of Ottolenghi and Berber but it doesn't need it be.

Step inside Zizou Tagine, just of Balham's High Street, and you will instantly be transported to feeling like you have just sat down in a vibrant souq in the middle of Marrakesh, not a little restaurant in zone 3 a few doors up from the local Nando's. It's BYOB which makes it super good value and allowed me and my friend to indulge in our love for cheap and cheerful Rosé. The menu is equally enticing, with an excellent mix of veggie, fish and meat dishes. For starters we couldn't help but order the mixed vegetarian mezze- fresh hummus, slow cooked aubergine dip (our favourite) and fragrant chunks of beetroot, flavoured with a hint of rosewater that were served with warm, fluffy bread. the ideal vehicle for soaking up all juices. There is no better way in my eyes to start to a meal and get your taste buds going/ For mains we had to of course try the tagine offering and went for a fish version- prawns, white fish and potatoes cooked to perfection in a rich tomato sauce and served in a beautiful traditional clay tagine pot. Spiced to perfection, this was comfort food that wasn't stodgy but incredibly satisfying and warming. The other main we shared was a roast aubergine topped with peppers, tomato sauce and gooey goats cheese. It was earthy, satisfying and once again real food for the soul. Sides were nothing to exciting, green beans crunchy and with a good amount of spice, potatoes lacking exactly that and despertately in need of  a sauce to make them less dry . But these were minor criticism- Zizou gets the important things right. Yes, desserts of creme brûlée, poached pear and Moroccan sweets may not have rocked my world (though they were perfectly pleasant) but this place isn't about desserts or poncy, modern interpretations of Middle Eastern food, no it is about traditional Moroccan food which is surprisingly light, delicious and full of amazing flavours. It is as close to a home cooked Middle Eastern meal at excellent value as you are going to get in London and it will at an instant make you forget the cold and miserable winter waiting for you outside.

Go, enjoy the sunshine food and get to know what traditional Middle Eastern food is all about. I will be back to do the same. 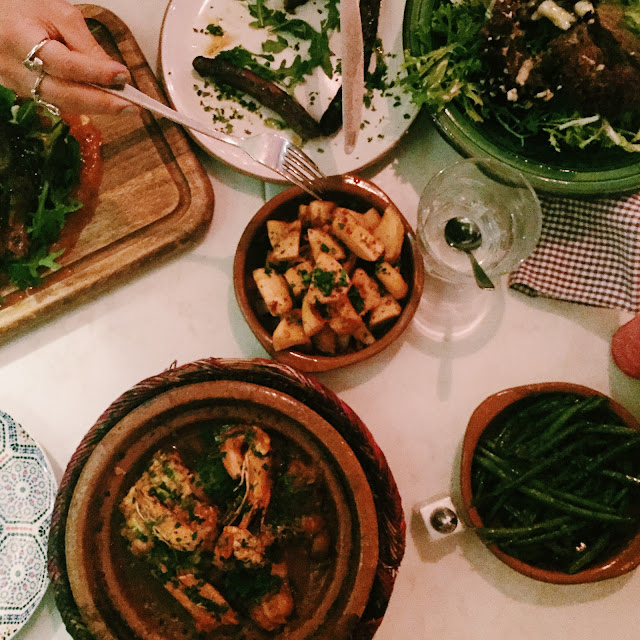 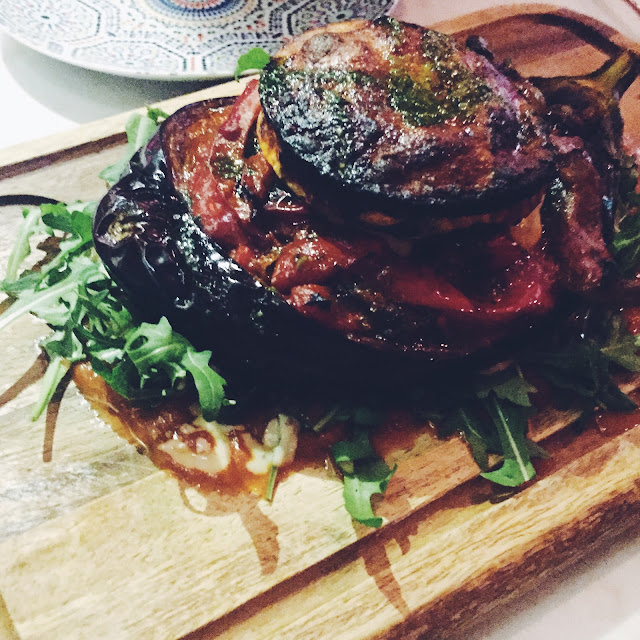 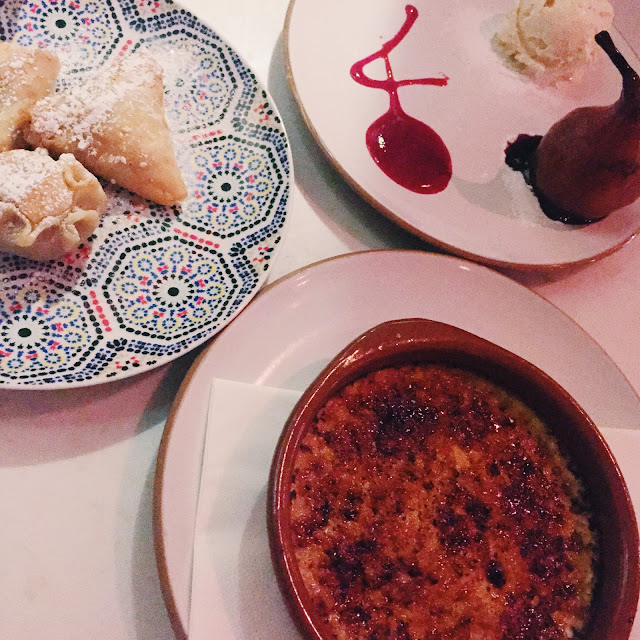 wow it all looks incredible! Ive only been to one morrocan styled restaurant, and even then it had french & scottish themes as well!

Thanks for posting this interesting article.
www.removevirusfromwindows.com

Thank you for sharing information on your website, blogging greetings
Tanaman Obat Ambeien

I was more than happy to uncover this great site. I need to to thank you for your time due to this fantastic read!! Happy New Year 2019 Wish I definitely enjoyed every bit of it and I have you bookmarked to see new information on your blog.