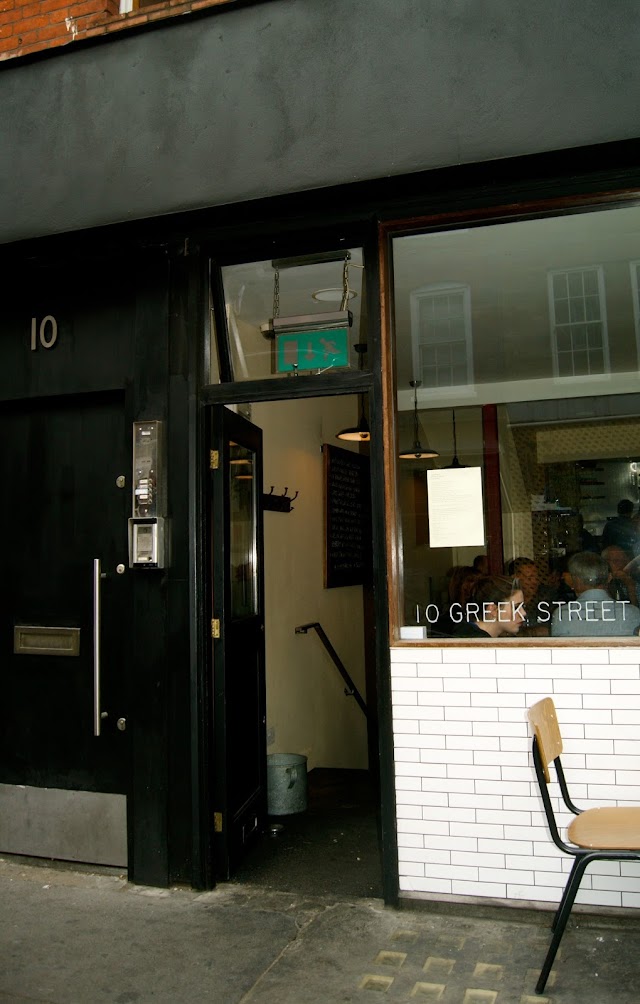 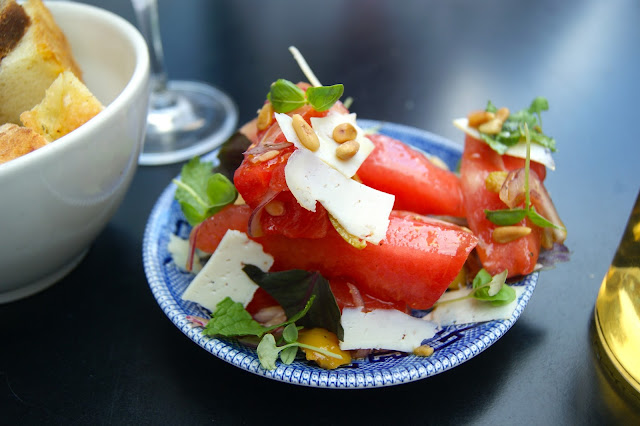 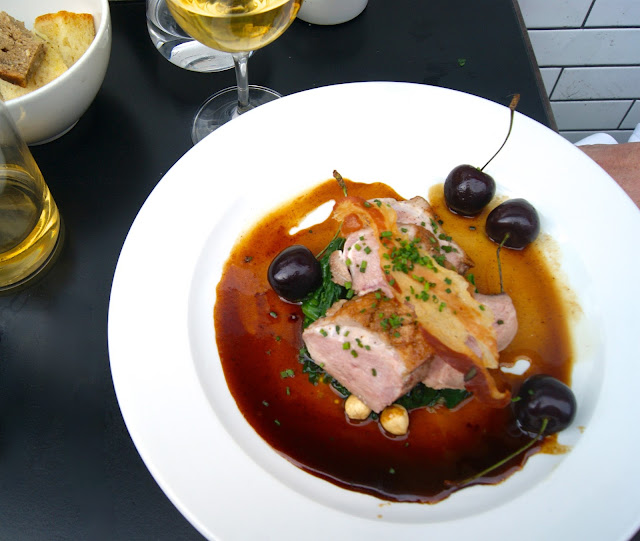 Gressingham duck breast, spinach, cherries, hazelnut & pancetta
While me and burgers are still going through a bit of a rough patch ( I haven't had one in nearly 3 months now), I have instead been on the look out for another place like Honey & Co with a focus on fresh, seasonal and light dishes  that suit  the summer months and my current cravings . 10 Greek street had been on my to try lost for quite some time especially after winning Time Out's best new restaurant accolade last year, however during this previous burger phase and unwilling to risk a wait, it being  one of those dreaded no reservation places where strategic arrival is a must, had meant that until now i hadn't quite made the trip there. Thankfully with my mother visiting from Germany I not only had a special occasion to go to 10 Greek street for but someone pushy enough to not let me go  for one of my tried and tested venues instead, I am after all quite the creature of habit at times especially on a Friday after work. Arriving at 6:30 pm sharp we had a tolerable  25 minute wait before getting the only table perched outside the small but perfectly formed dining space bang in the middle of soho. It's location may not scream sophistication  but the simple interior and intimate setting makes one easily forgot that you are just a stones throw  from old crompton street with its pubs and clubs.

The menu changes weekly and though small illustrates a well skilled kitchen with a distinct  knack for putting flavours and textures together. And that was the thing at 10 Greek Street that immediately won me over- every bite I took was fantastic, flavour explosions quite unrivalled in what I have eaten in other London restaurants so far. The watermelon salad with pecorino cheese, olives and mint that we shared as starter was an incredible  medley of the sweetness of the watermelon and the saltiness of the olives and pecorino and disappeared far too quickly off the plate. The mains were equally great. I settled for the only vegetarian option on the menu, spaghettini with girolles, shaved truffles and leeks and after my first fork full could hardly stop cooing over the plate in front me, the simple list of ingredients made into a perfectly executed dish that no doubt was one of the top 5 mains in my eating out career.

Where 10 Greek street thus thrives is not only  flawless presentation as you can see on the pictures  but the way in which they use great quality and simple ingredients for truly delicious end results. Even the desserts showed off this handicraft, the lemon tart tangy yet comforting and my prosecco and raspberry jelly with yogurt ice cream the closest you could ever get to a perfect summer dessert ( and as a bit of a yogurt ice cream connoisseur featured a pretty damn fine take on that too). You may think with these rather fancy sounding dishes 10 Greek street would be on the pricey side but you are luckily mistaken. With great priced wines (£10 for a carafe between two), mains between £11 and £17 and desserts around the £6 mark it is fantastic value for money and a place that I am very happy to have finally tried. With an ever changing menu it's a place to impress and be impressed. 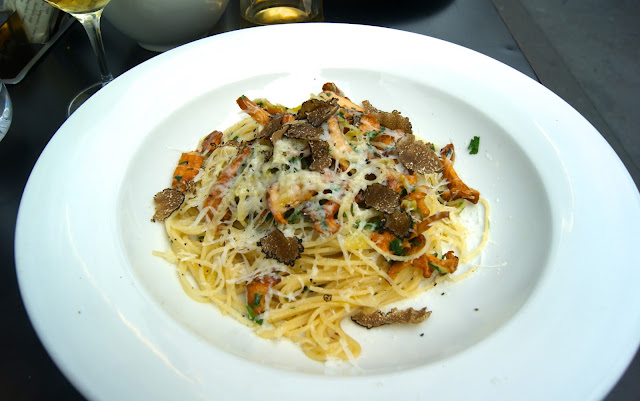 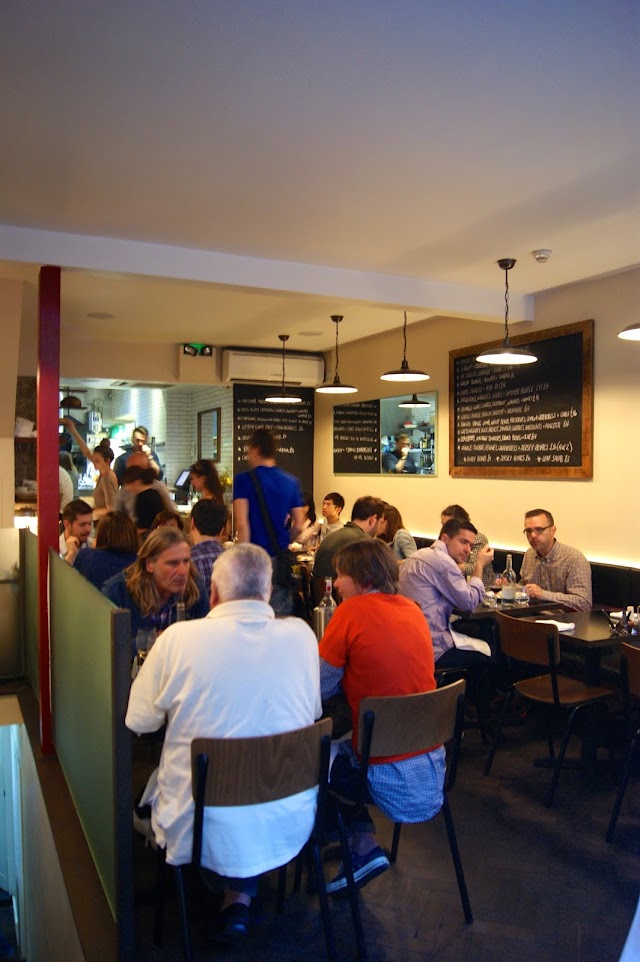 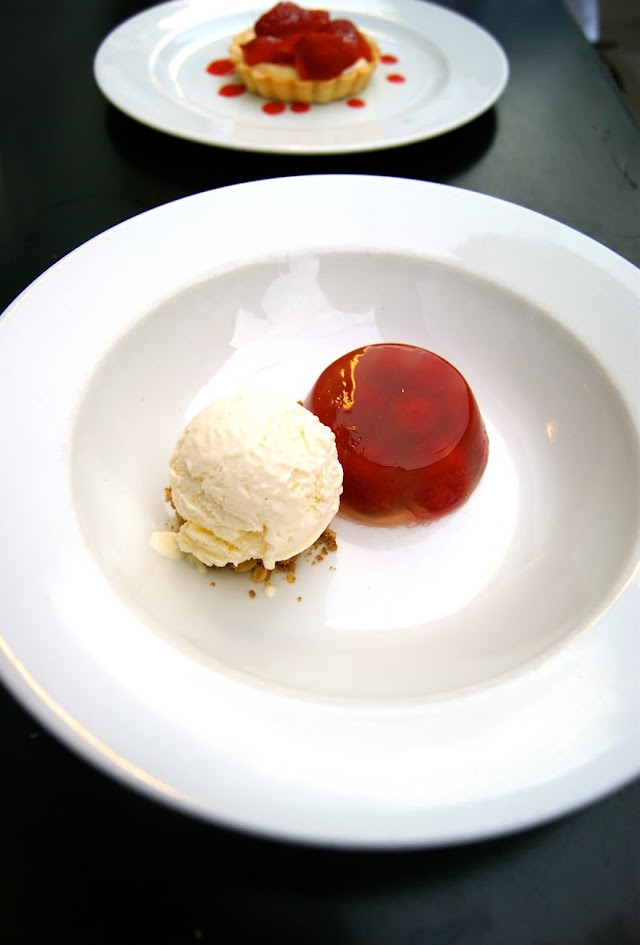 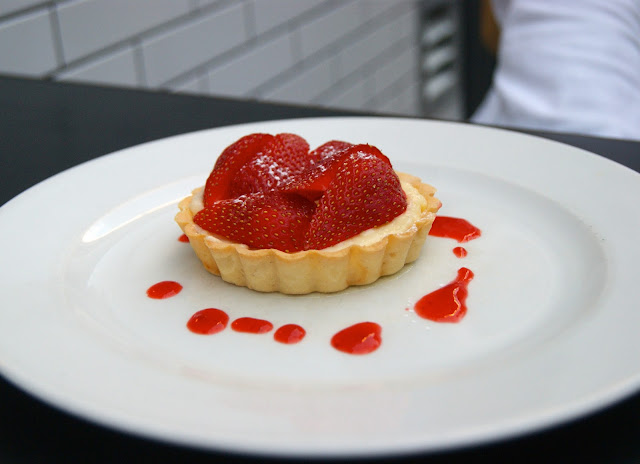