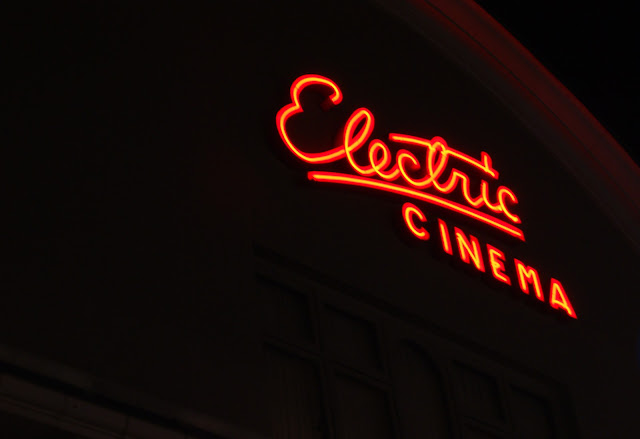 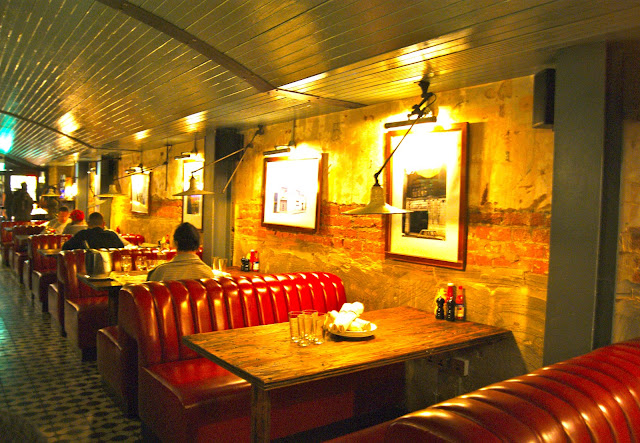 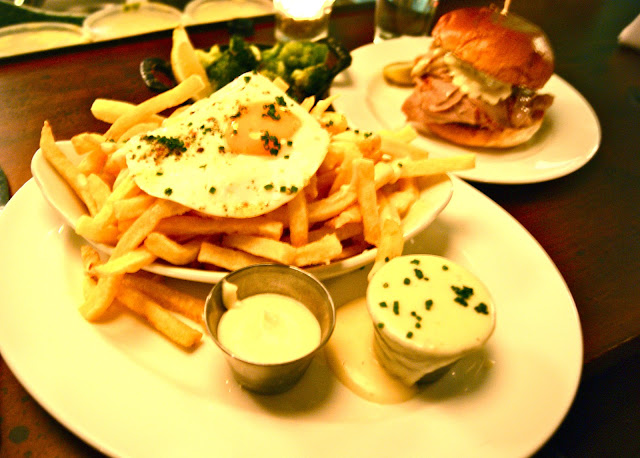 With Chicken Shop having become a little bit of a regular haunt of mine (it is after all in my neighbourhood and that apple pie is really that addictive) I was more than excited to hear that its creators,  the Soho House group, had churned out yet another new establishment in Notting Hill. Far however from becoming chainy, once more Nick Jones and his team have perfected a new concept, in this case an all American diner, and have reinterpreted it for London’s restaurant scene. Attached to the Electric Cinema and bang in the middle of Portobello Road, not usually a culinary destination, the electric diner focuses on classic American junk food but done well and imaginatively with a young chef from Chicago reinterpreting uniquely American dishes usually hard to come by in London like the Bologna Sandwich, honey fried chicken or chopped salad. Like all Soho House operations I have visited, the interior and concept is translated flawlessly, dark red leather seats, exposed bricks, low lighting and the pleasure of watching the kitchen at work from one of the bar seats show a truly successful and welcoming restaurant interior. Food although not cheap comes in massive portions, I for example suitably stuffed after my fries that came with a fried egg and a positively addictive gooey cheese sauce and tangy mayo on the side, a simple dish that like everything here was executed perfectly without being too stodgy. It is also crucial to leave space for desserts, the Diner showing one of the best selections I have seen in London that once again come in huge American style portions. Particularly the chocolate pie with whipped vanilla cream, reminiscent of a gigantic and creamy Oreo cookie and the towering Mille-feuille were real winners and would see me come back for these alone, a real heaven for someone with a sweet tooth and not your average afters options that can get a little boring. With a varied menu and many things still to try I will definitely make the trek West again and most importantly arrive with a big appetite! 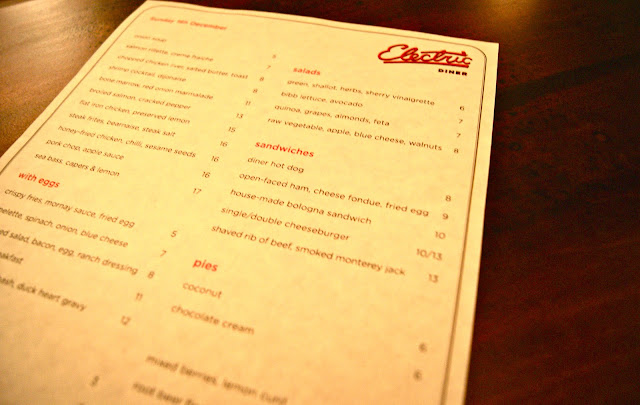 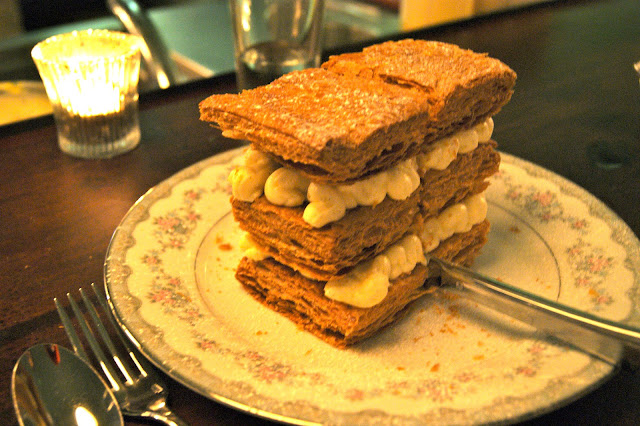 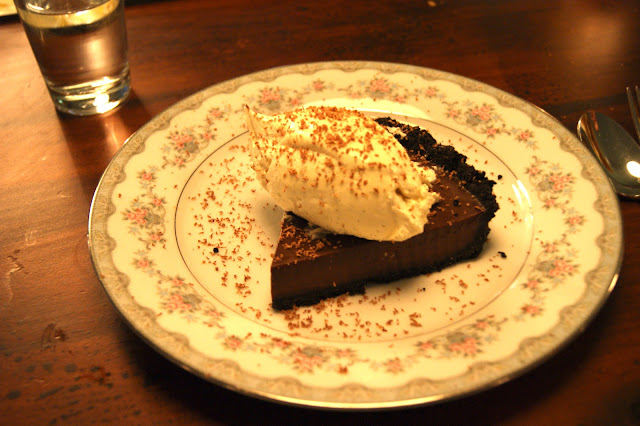 http://www.electricdiner.com
Posted by Stella's wardrobe at 10:01

Needless to say, the original Electric was a hit with the locals, but I think local dining options have narrowed to focus on grabbing the tourist dollar!?

Needless to say, the original Electric was a hit with the locals, but I think local dining options have narrowed to focus on grabbing the tourist dollar!?

Nice Post, thanks for sharing and i hope you would like to Visit my web...
Judi Online Poker
Judi Poker Online
Judi Togel Online
Judi Bola Online

The blog or and best that is extremely useful to keep I can share the ideas of the future as this is really what I was looking for, I am very comfortable and pleased to come here. Thank you very much.
Ludostar.co Skinscraft footballgamesbeast.com

I am really enjoying reading your well written articles.
Videodownloaderfb.com