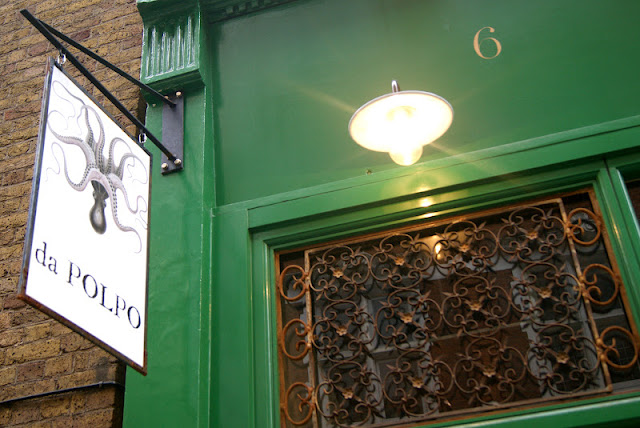 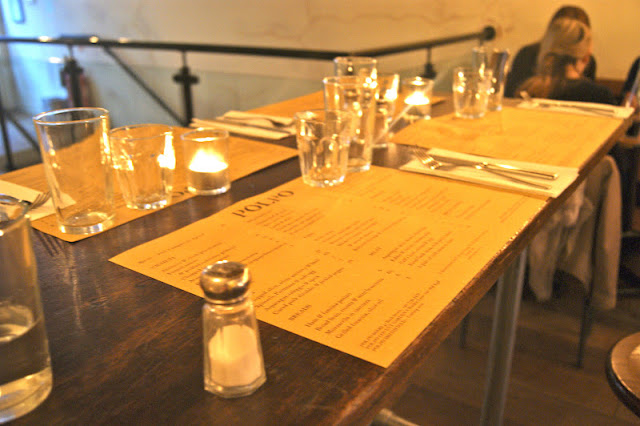 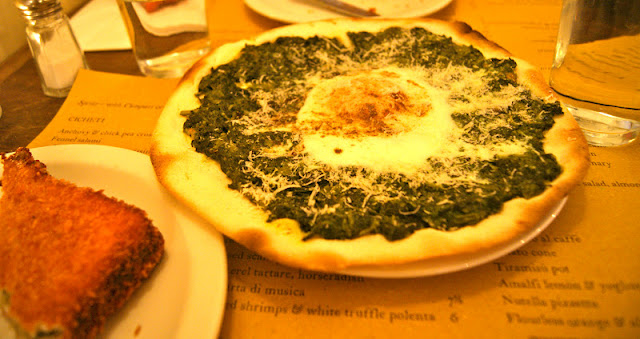 Spinach, egg and parmesan pizzette
Nice italian fare is hard to find in London, there are plenty "Italian" restaurants that serve pretty standard spaghetti bolognese and pizzas but nothing exactly fresh and even slightly reminiscent of the amazing food I was able to sample on my recent trip to Rome. There is however a place where once again the man behind spuntino and Mishkins (two of my London favourites) uses his small plates concept to introduce Londoners to slightly unusual Italian dishes that rely more on flavour than heavy carbs. Rustic in its look and hidden away in a little side street by Covent Garden, Da Polpo's seasonally changing menu is meant to encourage sharing and being a little experimental, especially as many menu items are only described by their italian name (the mozzarella in carrozza for example a delicious deep fried mozzarella sandwich that appeared on our table after ordering an array of dishes). Pizzas are also on the menu though slightly smaller in their dimension, aptly titled pizzettes, and with more exciting and less heavy toppings  than the to us more known variations, the spinach, egg and Parmesan one  a particular favourite of mine that without tomato sauce and on a thing and crispy base has been a real revelation to someone like me that finds pizzas usually rather uninspiring. As semi vegetarian I even get to have their take on veggie meatballs, here in the shape of ricotta, chickpea and spinach balls that are best enjoyed in their amazing "smashes", smashed up in between  crispy thin bread with cheese and with Italian style slaw on the side ( which you can of course also order with the beef or lamb equivalany of the balls ). The food here is light and full of fresh ingredients which are cooked to make the most of their flavour, it's a great place if you fancy home cooked style Italian food in a laid back environment  with the feel of a distinctively well thought through concept which has become a real signature of Russell Norman's growing London restaurant empire. 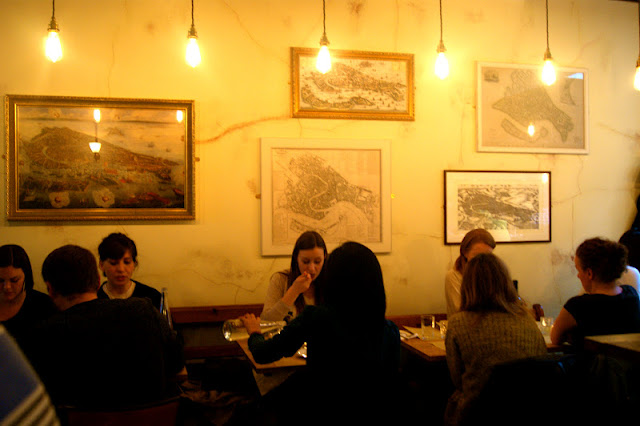 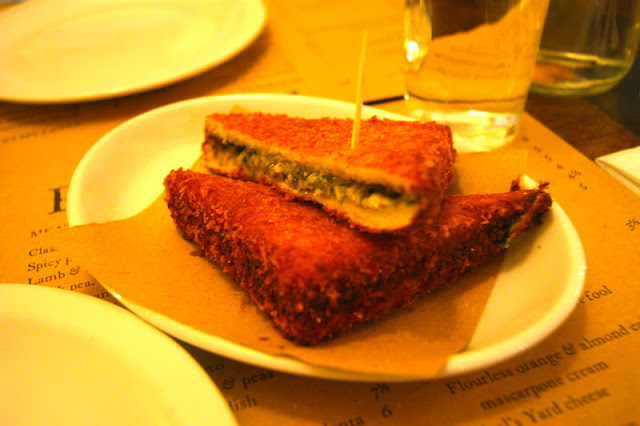 Chickpea, ricotta and spinach smash
Posted by Stella's wardrobe at 13:57

heyyyy! I am french and live in London! I loooove this restaurant but the one near carnaby street is my fav! PoL PO!

Thank you for sharing information on your website, blogging greetings
Obat Wasir Apotik