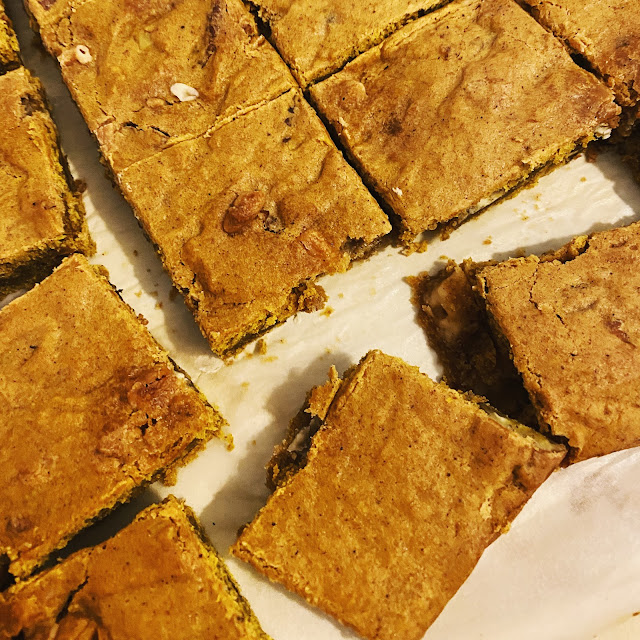 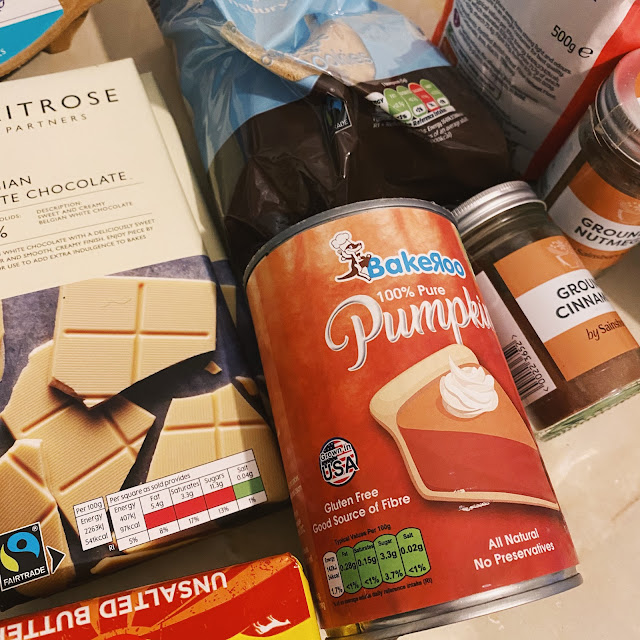 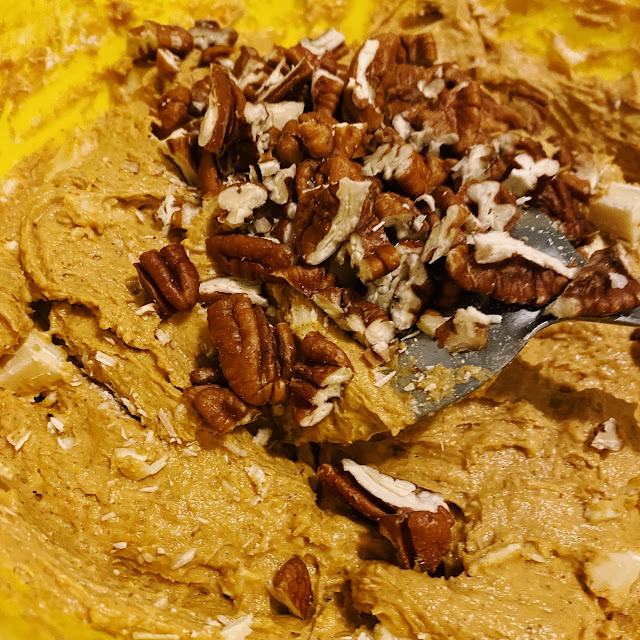 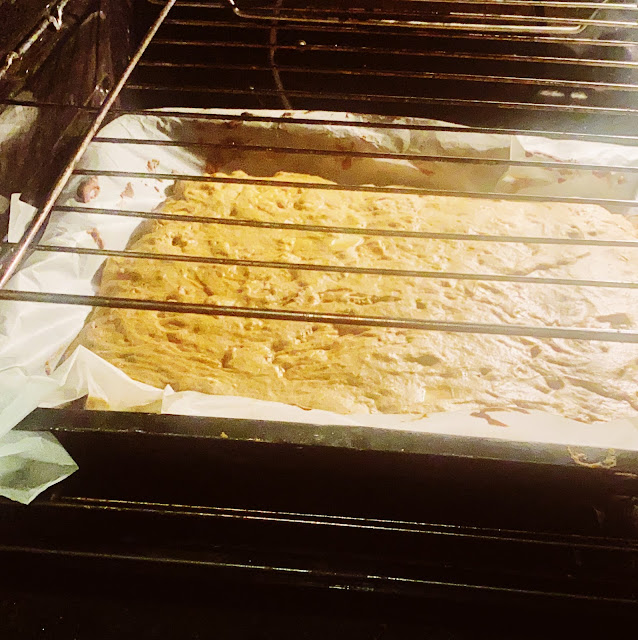 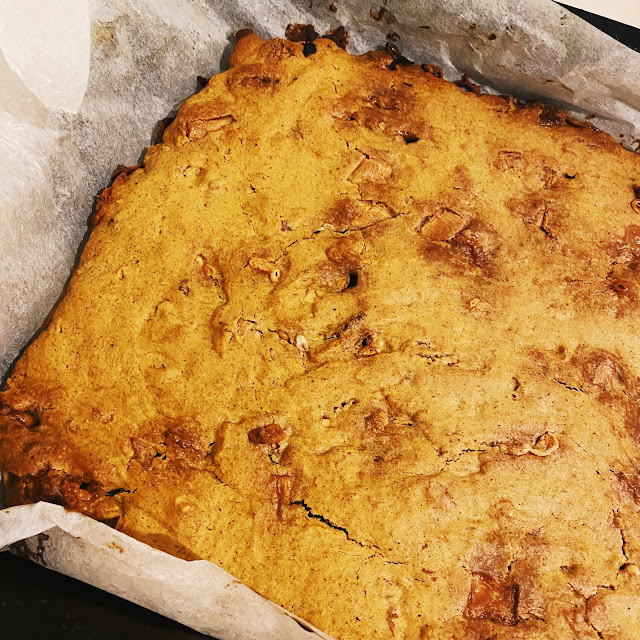 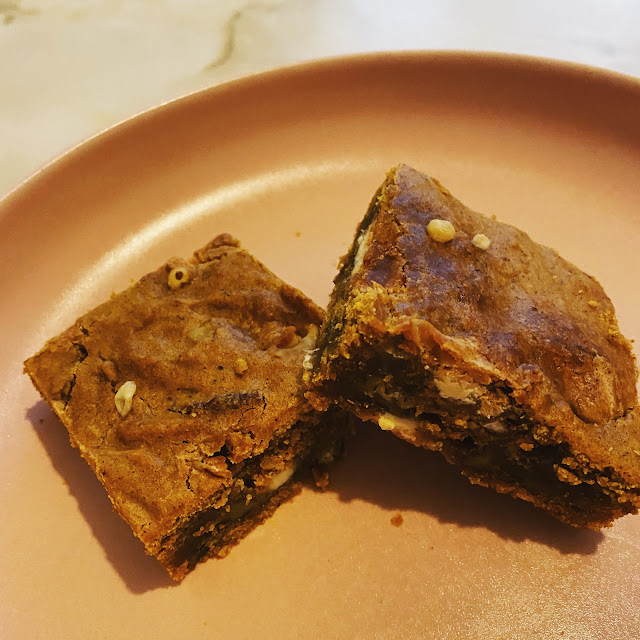 Not to be a Debbie downer but I have never been a big fan of halloween (I love dressing up, just not in the "over-the-top-face-paint-scary" sort of way) BUT I AM a massive fan of pumpkin season and could not resist the idea of adding pumpkin puree, plenty of warming spices like nutmeg, all spice and cinnamon as well chopped up pecans to a standard white chocolate blondie and WOW it worked an absolute treat!

Somehow the earthy yet subtely sweet notes from the pumpkin puree (which I bought ready made at Wholefoods but which you can also easily make from scratch) marry incredibly well with the roughly chopped white chocolate chips and create a fudgy, moist blondie texture, finished off perfectly with the occasional crunch from a pecan chunk.

If you could package autumn into one perfect sweet slice it would be these blondies and I cannot recommend them enough to both make and eat on a cosy November eve!