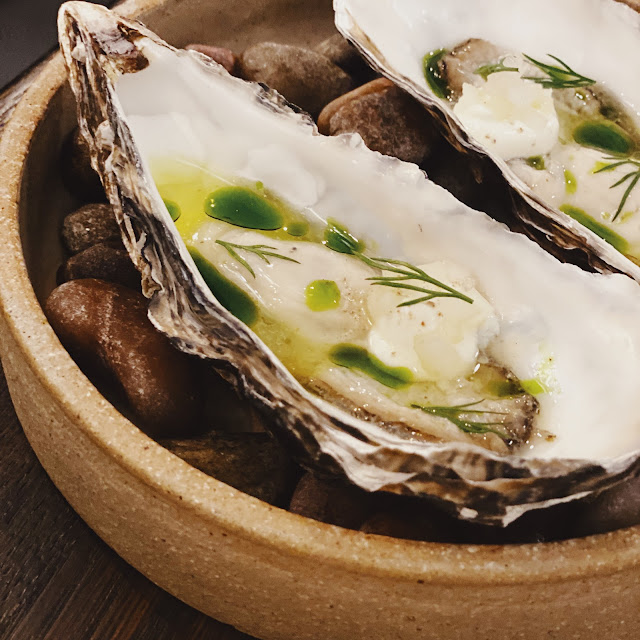 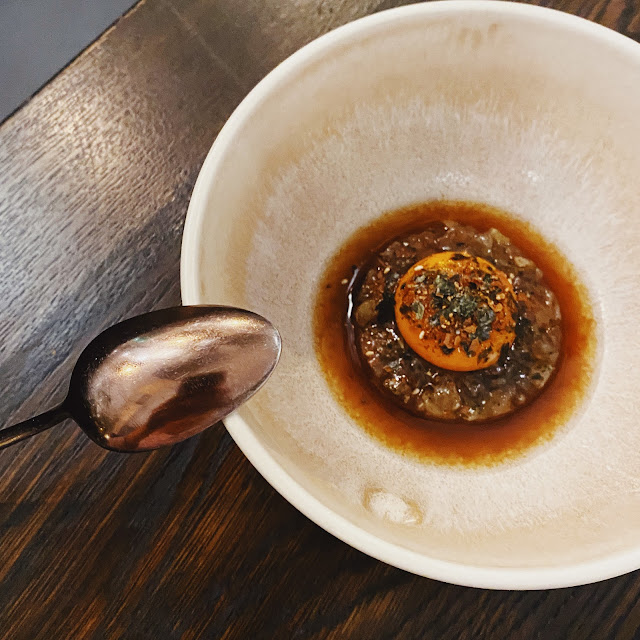 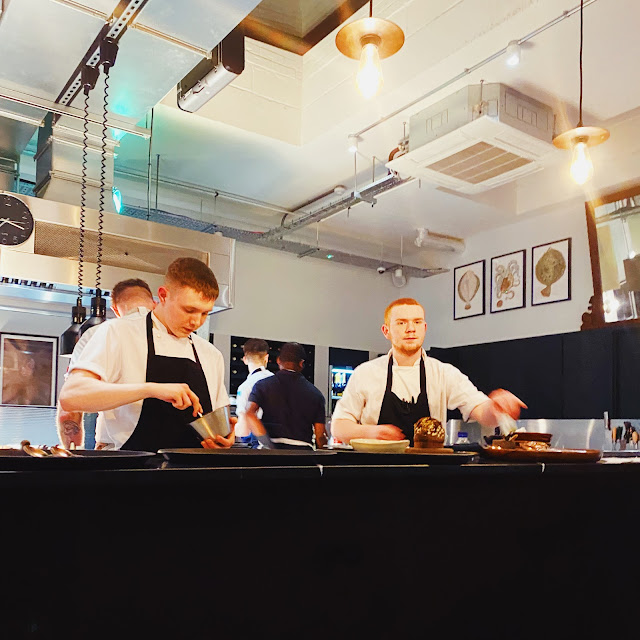 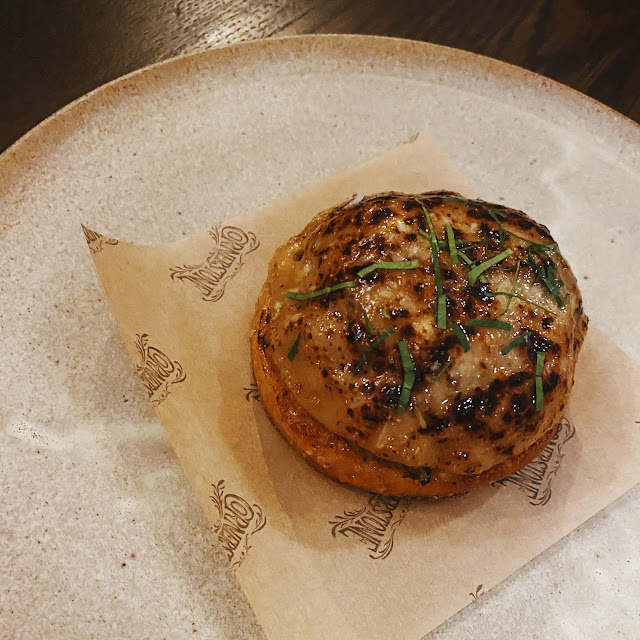 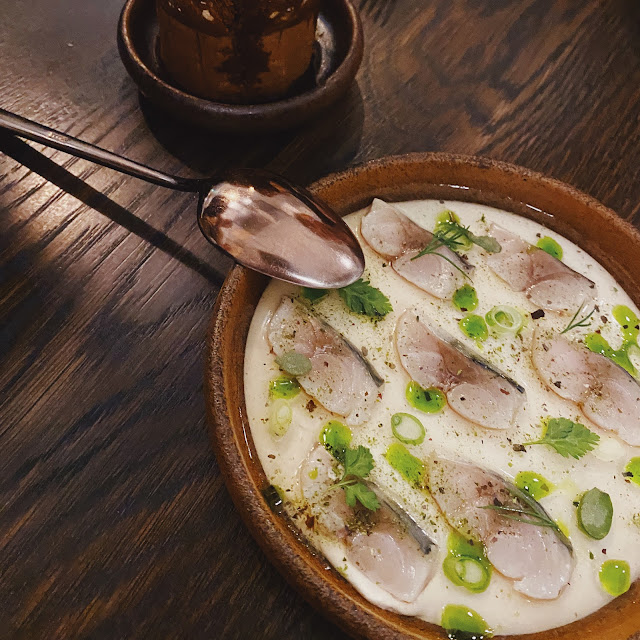 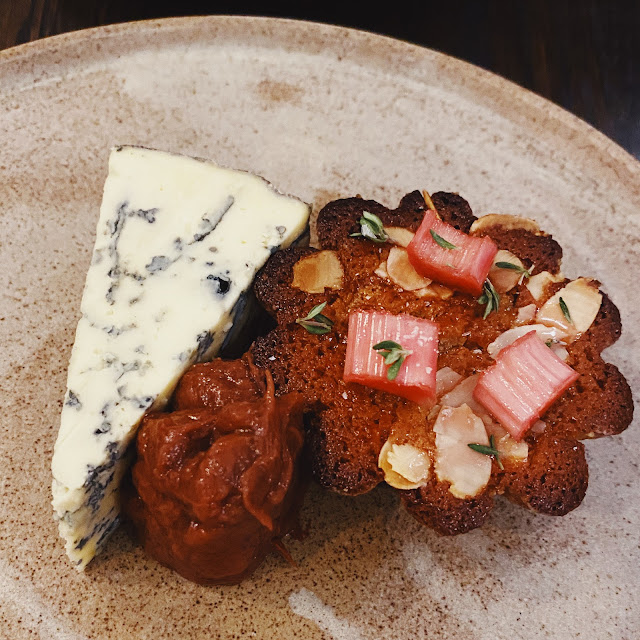 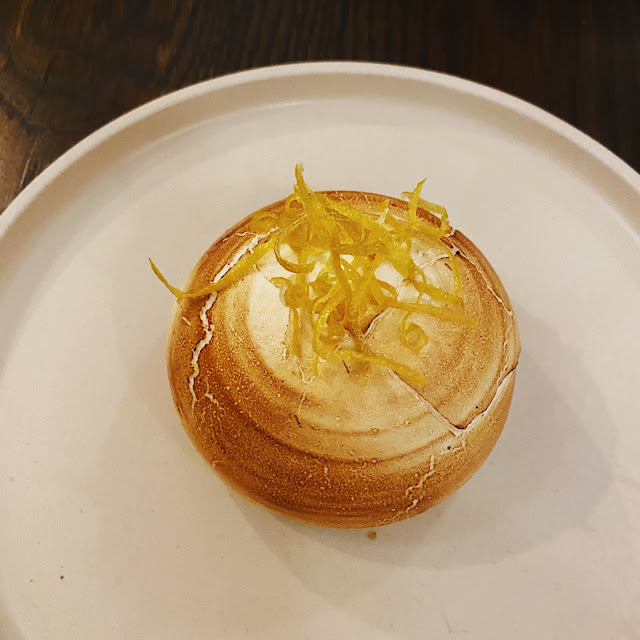 It was once again time for my annual birthday dinner with my favourite fine dining loving friend, Henry, who always treats me to a set menu in a sophisticated setting as I edge closer to the big 3-0.

Last year we went old school at gourmet destination Club Gascon, which was outstanding in terms of food and service but did make me feel a little out of place at the time, me being at least 20 years younger and a lot poorer than any one else who was being wined and dined there.

I could therefore not help but be intrigued by the restaurant Henry suggested for my 28th birthday dinner a few weeks ago, an award winning (having won restaurant of the year in 2019), much hyped (30k+ followers on Instagram) restaurant which specialises in all things seafood, all done with a fine dining approach.

Rather oddly it turned out to be located Hackney Wick and as a result comes without the astronomical price tags a similar establishment would for sure have in more obvious London locations like Mayfair or even Shoreditch. Which makes Cornerstone, our chosen venue for my birthday celebration, a welcome and surprising juxtaposition of restaurant, in more ways than one.

In fact the last time I had headed to Hackney Wick was for a warehouse party many, many moons ago and though the area is getting increasingly gentrified and is for sure already a hipster hot spot, you would have not really placed Cornerstone a 2 minute walk away from the graffiti covered overground station that I mostly associate with the area.

Why? Well Cornerstone, named after an Arctic Monkeys song by its head-chef Tom Brown, who cut his teeth at some of the most well regarded and Michelin starred kitchens in the country and who wowed on ‘The Great British Menu’ with what else but a fish course, has a refined bistro feel, an effortlessness sophisticated appearance that is also apparent in its flawless menu, making Cornerstone a culinary destination in a place you’d really not expect it to be.

Of course it is no longer a hidden gem, it’s been featured in just about any London guide and insta feed, but thank god they do allow reservations so if you are clever and book ahead, a table here is more than doable even on a Friday night like we managed on this occasion.

And I have to say the hype was is justified at Cornerstone. It wasn’t flawless fine dining but considering the very decent price for the set menu (£50 for 7 courses) and the brilliance with which seafood was cooked and prepared here, all in a very pleasant and unpretentious yet attentive environment, made this one of the most memorable meals I have had in London in a long time.

There are a few minor niggles. Don’t come too hungry or you may end up having to load (and carb) up on the incredible home baked bread with smoked miso butter (which was one of the best flavoured butters I have ever had). Indeed we ended up having two servings of bread as each tasting course came to share rather than as two individual portions which at times did mean ending up having to split a rather small piece of fish or halving the infamous and rather petite crab crumpet.

But again Cornerstone isn’t about stuffing yourself, it’s about assured, awe inspiring cooking that truly lets the ingredients shine and not one of our courses disappointed so maybe I am just a little greedy, just be warned that portion are a little on the small side.

The aforementioned bread was a delight to begin with, while some pickled oysters with celery, horseradish and dill were more than pleasant even to an oyster novice like me (it was my second ever).

A true highlight was the grey mullet tartare served with seaweed, soy and an egg yolk to stir through, not only beautifully presented but wonderfully complex in its flavours. A creamy mackerel pate came with an incredible treacle bread and was a joy to eat, while their crab crumpet was pure comfort food that for me was not something that should be shared and was a little too small even for a tasting menu. Lastly we had a fine piece of hake with mushrooms and leeks which was cooked to utter perfection but in a way the seafood was prepared so well that I could have had more and indeed one does have the option to order additionally from their small plates menu which perhaps would have been wise but in my mind goes a little against the idea of a tasting menu which is meant to give you a broad and filling enough insight into the essence of the restaurant.

The seafood courses were followed by a delicious cheese course, once again hard to top in terms of beautiful yet not overly fussy presentation, and was a plate of blue cheese, rhubarb chutney and a divine almond cake, offering a prefect mix of sweet and savoury notes.

Last but not least a shiny lemon pavlova appeared in front of us, ready to be shared, and was a delightful finish to a fantastic meal. Yes, portions could have been bigger, but heck I loved my dinner at Cornerstone and how they have taken a fine dining concept into an area that isn’t exactly known for this kind of restaurant, attempting to introduce this level of cooking to a broader and younger range of people.

Would I go back? In a heartbeat - whether to have their ever changing set menu again but maybe also to try a few things from their full menu that sounded equally fantastic.

Cornerstone isn’t an every day kinda restaurant but one to take any fish lover to, to have their tasting buds truly tantalised and to see a chef in action who truly knows his craft and does something quite exciting that London’s culinary rarely gets to witness, even if it means you have to make the trip to hackney wick!
Posted by Stella's wardrobe at 23:32