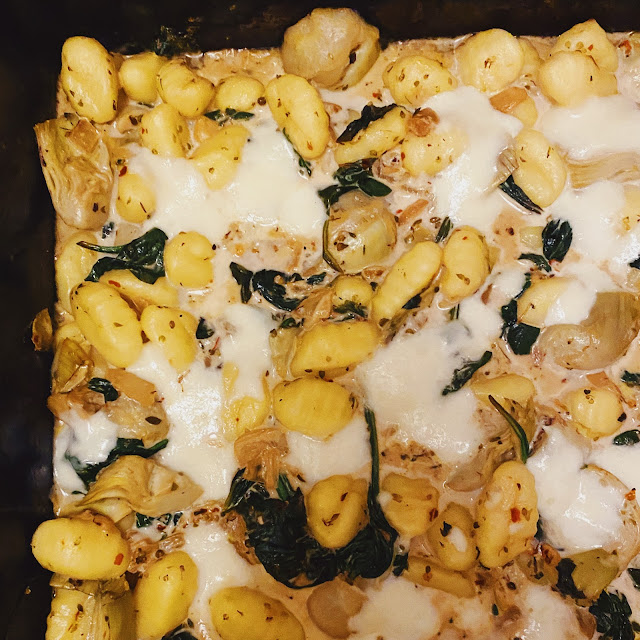 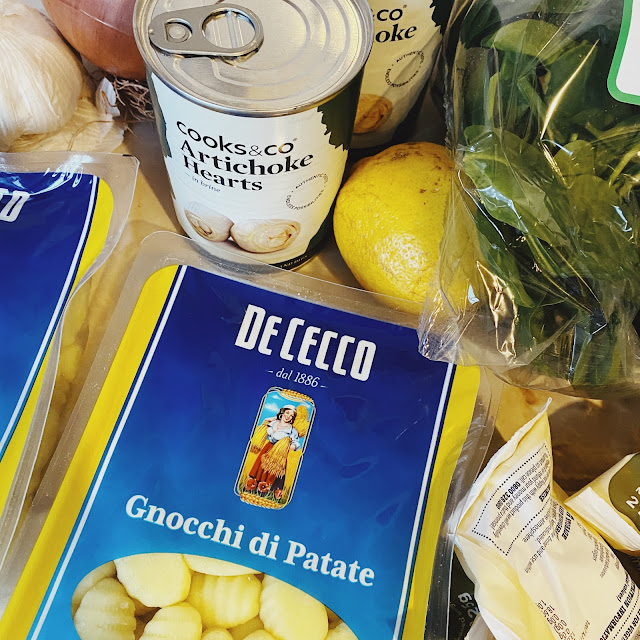 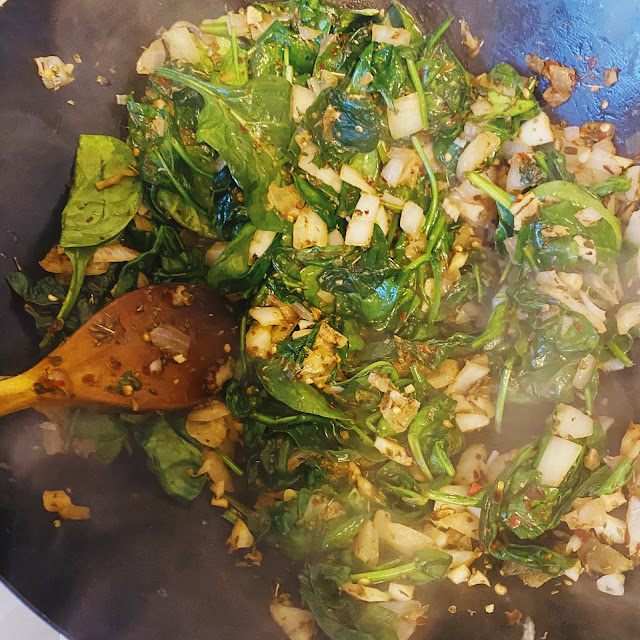 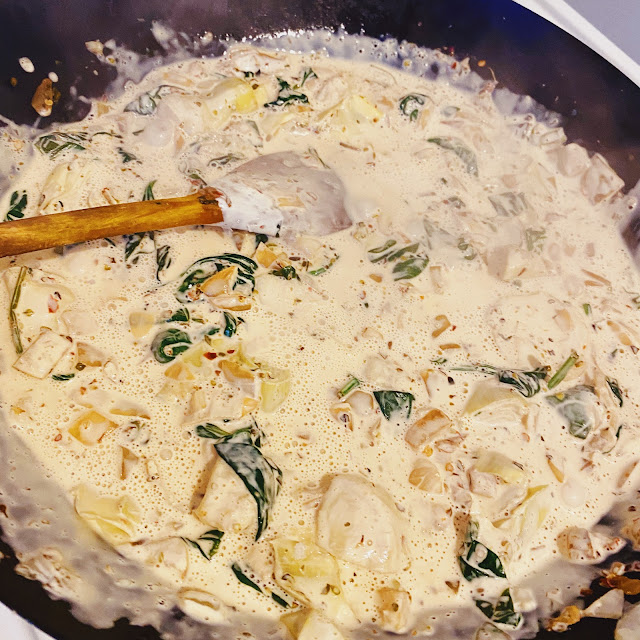 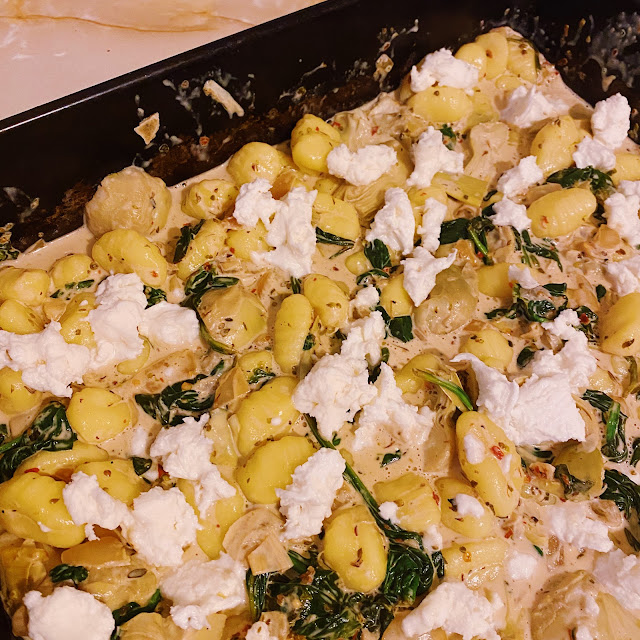 While it was still ok to have friends around for dinner (what an alien thought right now even though this was only last weekend!), I rustled up this gnocchi dish for my lovely friend Katie and her boyfriend Jordan. This was of course already when the British public was going a slightly insane, panic buying food for no discernible reason, which made this recipe such a great choice.

For one I don't think many people have tinned artichokes on their apocalyptic shopping list and as long as you can find some gnocchi, which I guess are a little less popular than the pasta, to be eaten by the kilo by everyone in this country, everything else in this recipe is either store cupboard (e.g chilli flakes and oregano) or stocked in even the smallest Sainsbury's local (spinach, cream parmesan).

I for one have found that my local greengrocer and nearby smaller Tesco's and Sainsbury's basically have everything, even, SHOCK horror, toilet paper, while when I have headed to bigger supermarkets the shelves have been fully ran sacked. Anyways this is proper comfort, fun to prepare, a delight to eat, especially when you are stuck with more than yourself like me right now, to give your loved ones, flatmates or whoever you live a reason to smile and forget what is going on for even just a second!

I have a lot of amazing recipes lined up as I will be very bored at home and am no good at watching Netflix right now, after all productivity is the best medicine to keep sane so watch out and let me know what you end up cooking!