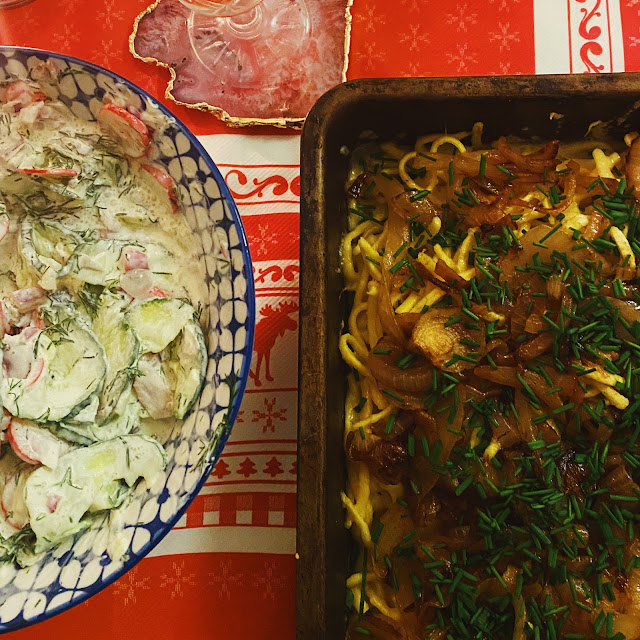 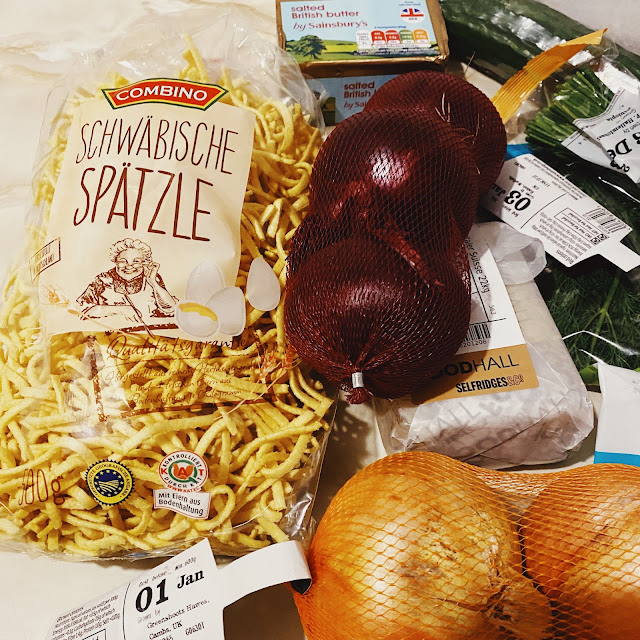 While I had my mum visiting I wanted to make the most of her being here so one Saturday night cooked up a little dinner inspired by my German culinary upbringing which was super easy to do and something a little different so I hope I can inspire you to give the recipes a go! Comfort food that is perfect for a chilly January evening with a bit of green thrown in for good measure and delicious when enjoyed with some white wine or water if you are on that Dry January drive! 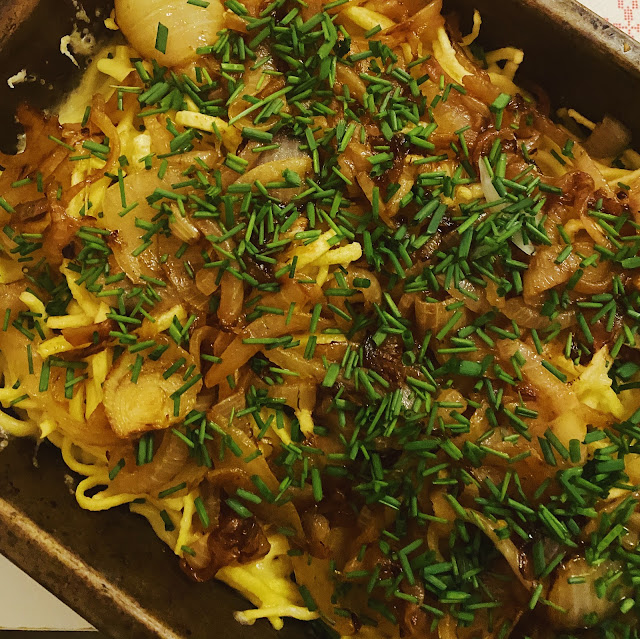 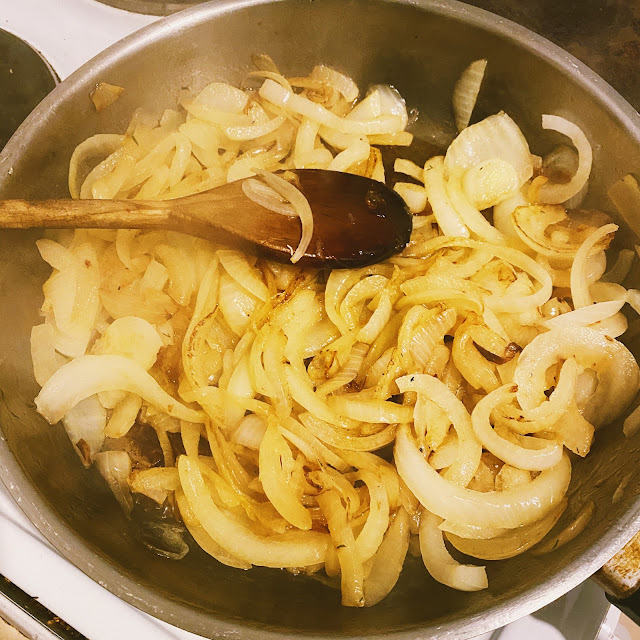 This is technically a Swiss dish but as Spätzle (basically really condensed egg noodles) are also typically German I am totally claiming this dish as part of my German feast. My mum brought a packet over but you can also get them online. Failing that I reckon you can get away with a short pasta like farfalle. Invest in some proper Swiss Emmental from a cheese monger or deli as this the key (and in fact only) ingredient when it comes to the sauce. Take your time with the onions, we chatted over a glass of wine while I had my watchful eye on them, they need get caramelised slowly and add an amazing sweetness and texture to the dish that is hard to beat. 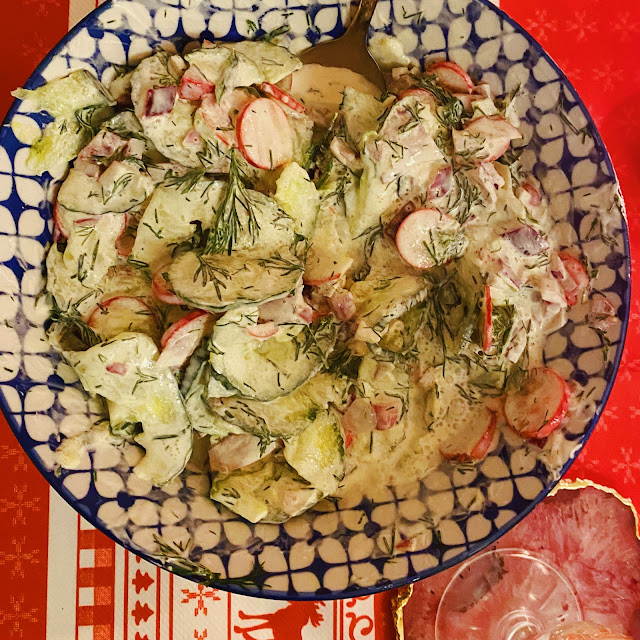 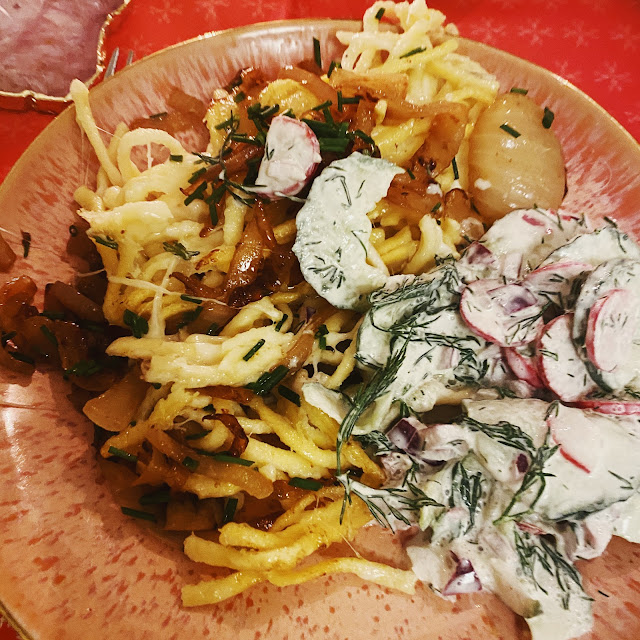 This is my twist on a very traditional German cucumber salad which is eaten as a refreshing side dish all year round over there. I added finely chopped red onion and thinly sliced radishes to the classic mix of sliced cucumber, sour cream, white wine vinegar and dill and thought it worked a real treat, adding another flavour dimension to the dish overall! A fabulous side salad to cut through the richness of a heavy main dish and one I am sure to make more often going forward.