KILN - IS IT REALLY THE BEST RESTAURANT IN LONDON? 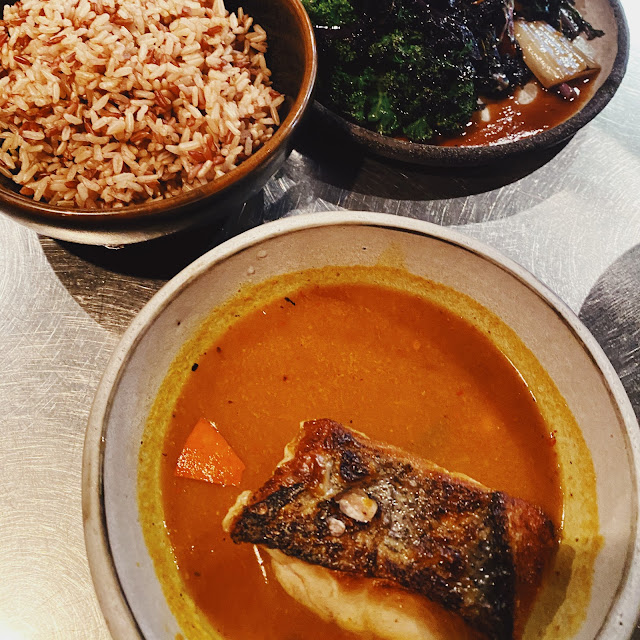 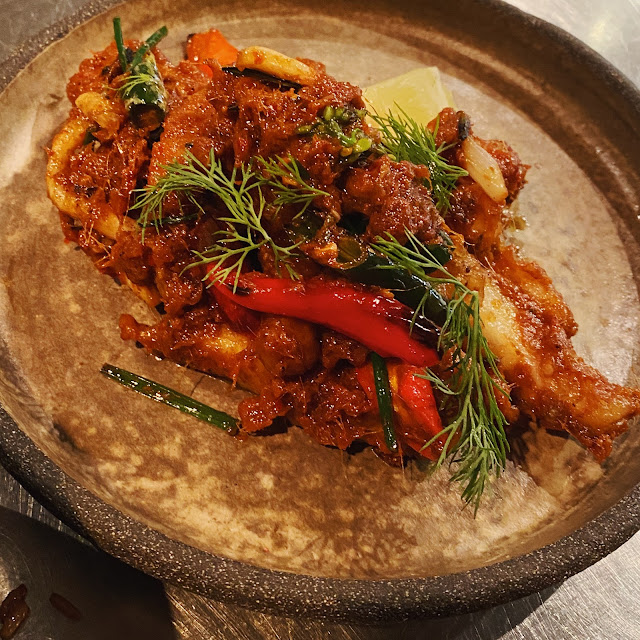 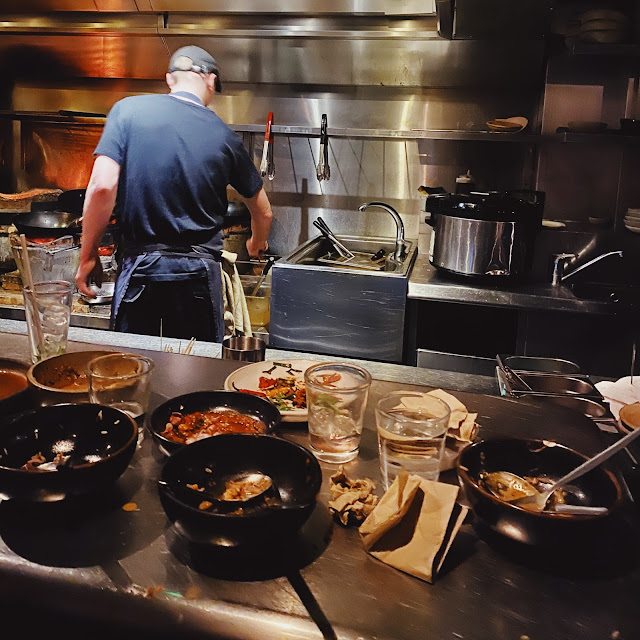 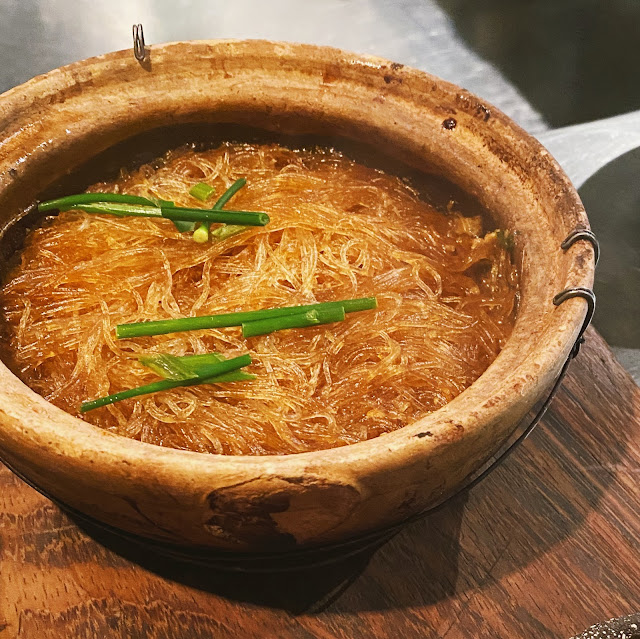 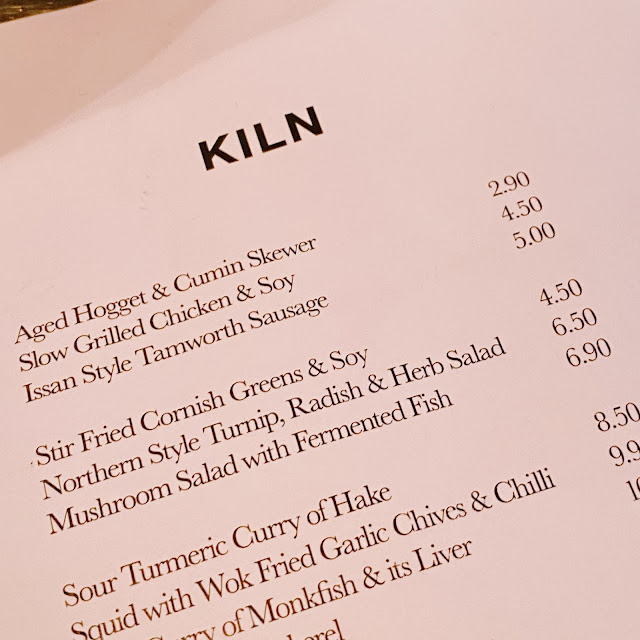 This week I am reviewing Thai small plates hot spot Kiln which Time Out deemed to be London’s number 1 restaurant right now. It’s a review shorter than my usual essay length posts as I simply was not convinced by Kiln’s offering, not only because my expectations were pretty high to start with but because here I think the hype fully outweighs the actually merits of the restaurant, particularly when you consider that waiting times for a table can be up to three hours.

Luckily we didn’t make quite such a time investment, attempting to score a dinner spot for two around 10pm on a Friday night after we had just watched the brand new musical & Juliet (cheesy as hell but very fun and with affordable ticket so recommended to any fellow musical fans). However even arriving this late in the evening we still ended up having to wait half an hour, standing in the way of just about every single waiter in this very narrow restaurant, where most dining is done around the bar counter. Now I don’t mind a cosy restaurant but here everything felt very squeezed and I stopped counting how many times a waiter nearly fell into me with a tray full of food.

We persevered however and waited, ordering a decent ginger margarita(£6.50 a pop but pretty watery and mainly consistent of ice) in the meantime and did get pretty hungry and excited by the fragrant Thai smells we were picking up from the open kitchen behind the bar.

Full disclaimer I LOVE Thai food and cook it regularly from scratch at home, using authentic ingredients I can get from the Asian supermarket on my road (you can re-create my pad thai recipe here). I also adore Rosa’s Thai mini chain of restaurants, across the board offering consistently good Thai food that is well prepared and very reasonably priced. And that is where I had my issues with Kiln. The small plates…are well just really small and very expensive at that, especially if, after all, you are only eating a kind of variation on a Thai curry.

Indeed our sour turmeric curry of cod was ok flavour wise but consisted of a tiny piece of fish in some sauce and was a hefty £8.50 for that, a price for which you can get a regular sized curry at some still very decent Thai takeaways in London. On top of that, rice was charged for additionally which I found a little ridiculous considering the carb-less and small plate portions we faced and added another little annoyance to an already mediocre meal which I had expected was going to wow me.

I mean from what I saw on Instagram while researching Kiln beforehand, the meat dishes are meant to stun here so maybe only eating fish (veggie options are basically none existent and I would not recommend dining her as vegetarian) meant I didn’t get the full dining experience on offer but I can only go by what I tried and that just a bit meh.

That is not to say there weren’t some highlights. We did adore the clay pot baked glass noodles with crab meat, a dish that usually come with pork belly but we were able to ask for without. It was a moorish, silky, fishy and fragrant concoction that we could have easily eaten double of but which appeared before any of the other dishes even though it would have worked a treat with the more curry based menu options. A once again small (very small) plate of cuttle fish was fine in a thick red curry marinade and very much edible like everything we ate, but nothing quite blew me away in the way I had expected or offered the comfort I usually associate with this cuisine.

Maybe I was never going to enjoy Kiln the way a meat eater would have, but then again I had never struggled finding amazing meat-free Thai food before. Perhaps then this hipster small plate take on a cuisine I value so much for its down to earth flavours was never going to win me over especially when it was hyped up to such an extent. Would I go back to Kiln? Honestly I’d rather stick to Rosa’s or cook Thai food at home, getting a red Thai curry fix that won’t require a three hour wait in a cramped room. So don’t believe everything you read on Time Out, a title can be deceiving as it turns out…indeed what is your favourite restaurant in London?
Posted by Stella's wardrobe at 08:28