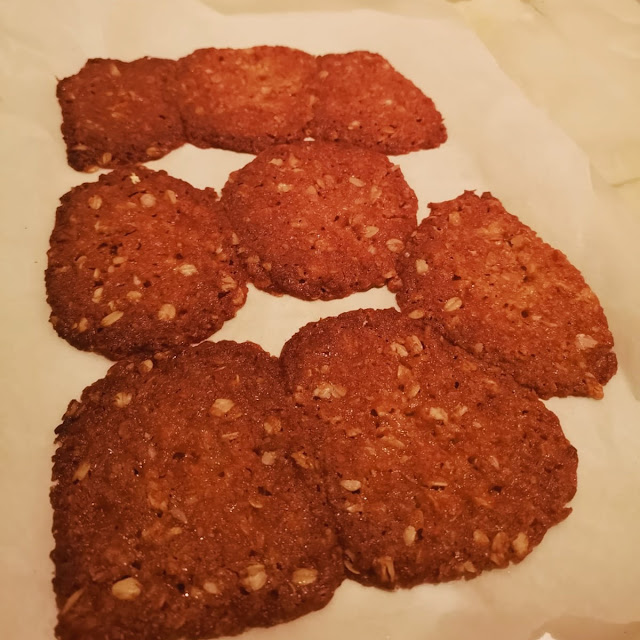 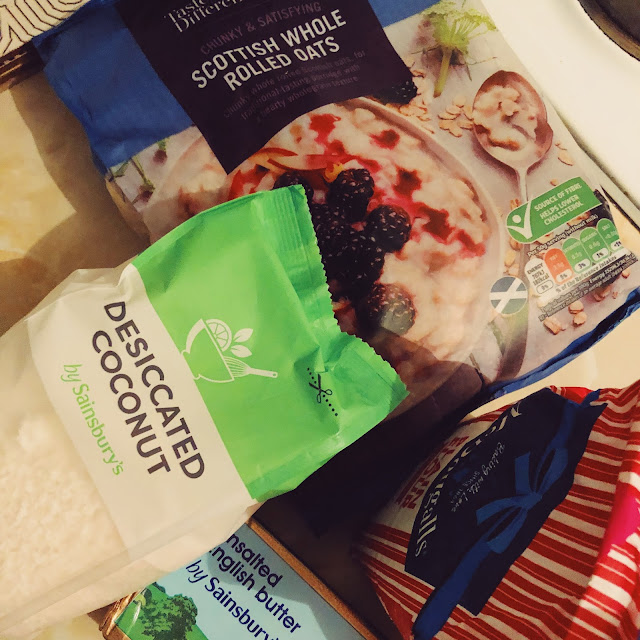 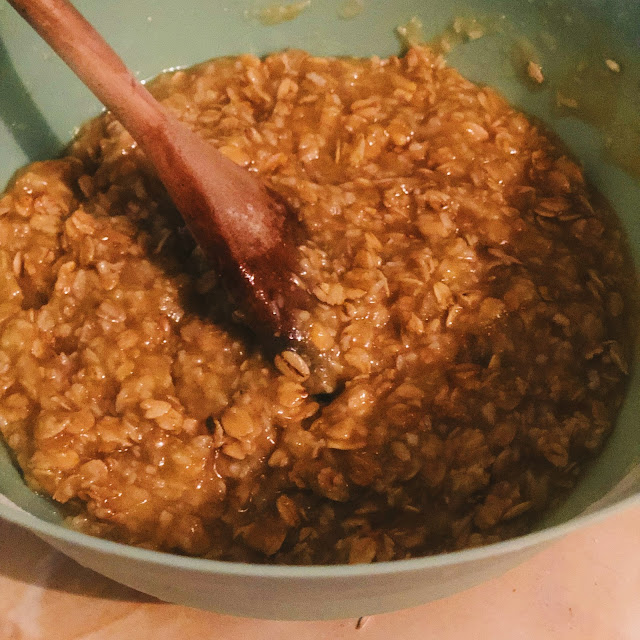 Now I am no self-proclaimed expert baker- far from it,  in reality very much lacking the patience and "measure to the gram to get it just right" approach that you need to produce flawless cakes and bakes of a Mary Barry standard, usually preferring cooking where you are able to "freestyle" a lot more as long as you understand spices and flavours.

I am however happy to declare that these Anzac cookies are super, super easy to make, do not require a scale to make (as long as you have a cup measure), take under 15 minutes to prep and taste damn delicious. You may not be familar with Anzac cookies and I have to say I wasn't until I spotted them at my favourite neighbourhood coffee joint Friends Of Ours, where a stack of them looked too good to say no to on their counter as I ordered my usual cappuccino one Saturday morning post Barry's Bootcamp. And boy did they not disappoint. Think of it as a kinda flapjacky cookie- rolled oats, golden syrup and butter with the added punch of desiccated coconut, chewy, not too sweet, buttery and utterly addictive.

The humble Anzac hails from Australia where they were famously sold during the First World War to support soldiers but also sent to them on the front line due to their long shelf life (not containing eggs of course) and comforting nature. Not that the two batches I have baked since discovering this fool proof recipe lasted that long, they are bloody moorish and once you start eating one it's hard to stop. Mine turned out a little flatter and chewier than Friends of Ours offering but I actually preferred them that way. One tip: spread the dough balls wide enough apart as they tend spread quite a bit when baking and make sure you take them out just as they go golden brown.

These impress any friend fresh out of the oven and are so ridiculously easy and cheap to make that I can only urge you to bake them tonight, you won't regret it. How I lived so long without knowing about the humble Anzac biscuit I do not know!