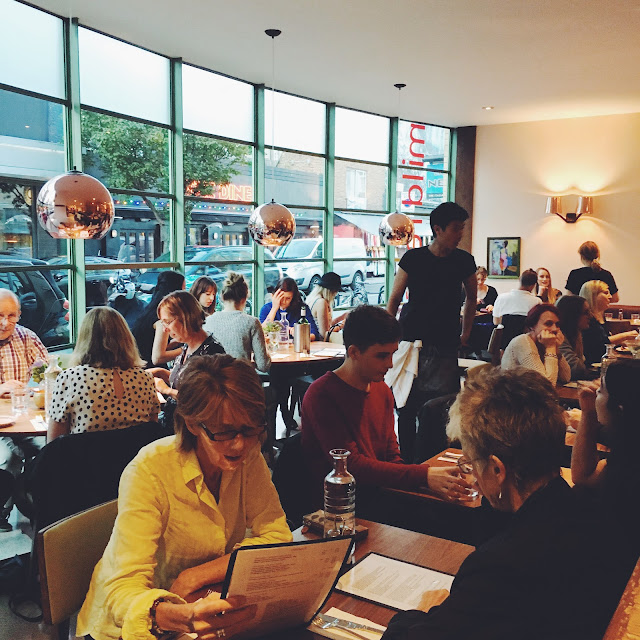 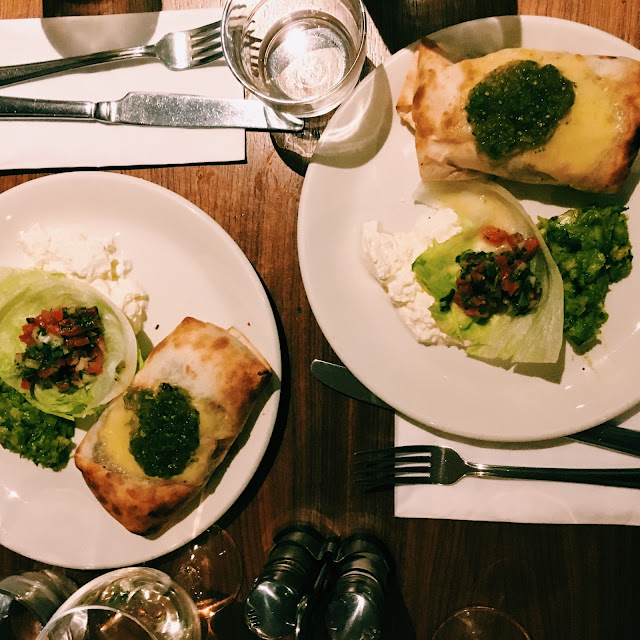 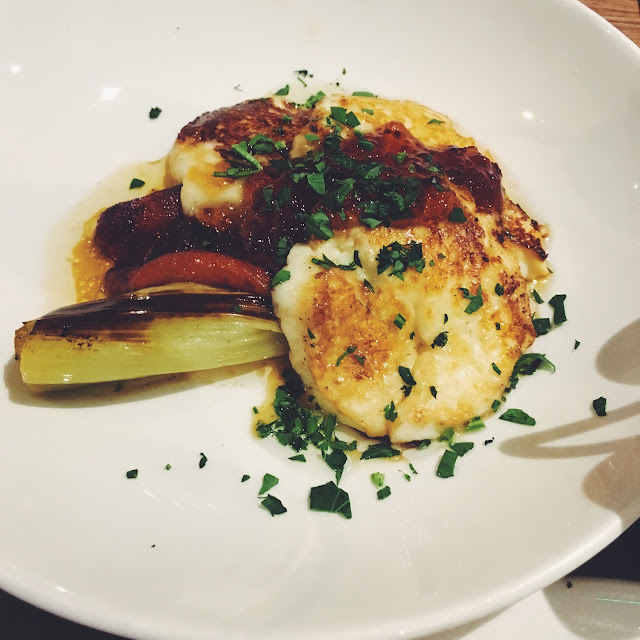 Being a non-meat eater has become increasingly accepted and catered for in London's restaurant scene. While a few years ago you may have been faced with the dreaded decision between a sad looking filled pepper or yet another limply flavoured mushroom or butternut squash risotto, most restaurants in this town nowadays, regardless of cuisine, make an effort to serve up something decent to their vegetarian or in my case pescatarian diners, some of course more successfully than others -Morito and Berber & Q deserving a special mention here for their consistently fantastic meat and vegetarian options which take equal pride and place on their menus in terms of flavours, execution and attention to detail.

A whole other ball game are restaurants that cater for vegetarians and vegans only. Yes, these days many of them are almost militantly focused on the whole clean eating thing, selling you £5 energy balls which for me are never going to do it when I can have a real sweet treat for probably the same amount of calories but with less faux health claims attached, and ultimately end up serving food that just doesn't have that treat yourself factor to it. Eating out after all, at least in my eyes, is an experience, it allows you to eat food you don't enjoy every day for reasons of time, skill and also in most cases to not end up looking like the size of a house, and just because no meat is involved doesn't mean that exactly that experience can't take place.

Mildred's indeed manages just that, in fact they have been doing so for over 20 years now, serving up comforting and delicious vegetarian and vegan dishes, often reinterpreting traditionally very meat heavy options for hungry Londoners. I first went to Mildred's in what must have been my first year of uni in London, it always featuring right at the top of veggie friendly places to try in London. And these lists weren't wrong- I was instantly taken by their original Soho branch. Though slightly crammed and with a wait for a table almost certain no matter the time or day, it won me over with it's warm service, big portions and undoubtedly delicious food, particularly their almost infamous sweet potato fries with creme fraiche dip making me come time and time again. I even made it a habit to take keen carnivores there to prove to them that Mildred's pie may lacked the steak but made up for it with buckets of flavour and beautifully cooked juicy mushrooms and meant I only ever left with happy diners afterwards that vowed to cut down their meat consumption not because I lectured them but as they simply had not missed it as part of their meal.

However as I moved East and started to avoid central London's crowds at weekends, especially as I was now working full time, my visits to Mildred's became less and less frequent with my last dinner there over 2 years ago before my most recent visit. In that period Mildred's only seemed to have gained popularity, no doubt also benefiting from the increased focus on healthy eating and obsession of showcasing exactly that lifestyle via social media in recent years, eventually resulting in them becoming a bit of a mini chain, opening two new restaurants serving their veggie fare alongside the original Soho branch, one of them around the corner from me in King's Cross and one in Camden by the hustle and bustle of the market.

As my luck would have it when I had a sudden brainwave to re-visit to Mildred's the King's cross branch, located closest to me, was, of course, shut for maintenance and meant that we trekked all the way to Camden, admittedly not where I usually tend to hang out, on a Sunday for an early dinner.

I will say right from the onset that in my experience as restaurants expand into having several locations a little bit of the initial magic of what made the original restaurant so special inevitably gets lost, everything becoming well...a little formulaic and with Mildred's this was at least to some extent sadly also the case- everything that worked so well in Soho applied here in an attempt to create an equally successful dining experience with even most of the menu not too different to what I chose from many years ago.

That is not to say we didn't have what I would deem a good dinner. The dining room is lovely, a little more spacious than the Soho one with staff well trained and more than capable of dealing with dietary requests and queries. As I said the menu is also still full of the classics that made me fall in love with Mildred's in the first place and some new additions like the fantastic rose harissa hummus with pine nuts, spicy tempeh and chargrilled flatbread and the halloumi, panfried and served with chilli jam and leeks, are excellent albeit tiny starters (£7 for three small pieces of halloumi simply unacceptable in my eyes). Which brings me to the my main objection at this new incarnation of Mildred's - prices have gone up significantly and portions have shrunk. Whilst once upon a time one of their star mains, the veggie burrito filled with black turtle beans and squash and topped with cheddar cheese, sour cream and guac, was a delicious and generously filled wrap that left you suitably stuffed, I couldn't help but note its sad size and lack of toppings on this occasion, the extra sour cream I asked for upon it's arrival not adding much in terms of quantity and coming with a £2 price tag  as I was shocked to discover as the bill arrived. The same was true for the sweet potato fries I used to dream about, while costing the same as in the "olden days" now appearing to be half their original size and no longer the massive chunks you couldn't wait to devour with some dip.

Ultimately everything still tasted absolutely delicious, yes, and for someone that hadn't been to Mildred's pre-expansion it would have no doubt received only praise across the board. Heck I would still fully recommend a visit to any of the three branches for anyone wanting to please vegetarians and vegans alike yet also fully satisfy carnivores willing to be meatless for the eve with it's warming and crowd pleasing selection of dishes. However where a lot of restaurants formally not too welcoming towards vegetarians have moved with the times and provide menus and use culinary inventiveness that ultimately result in no one being excluded in their dining experience, meat eating or not, Mildred's has remained a little static, applying an originally great concept to new locations without the heart and soul that made it such a favourite of mine when I first stumbled across it. 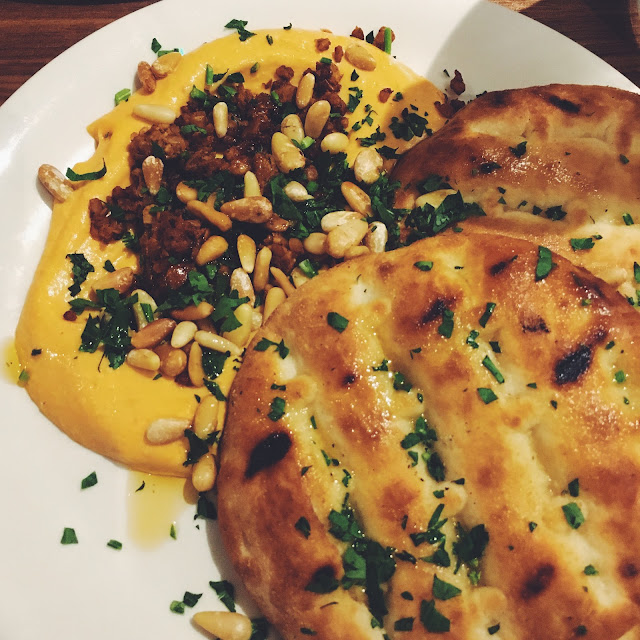 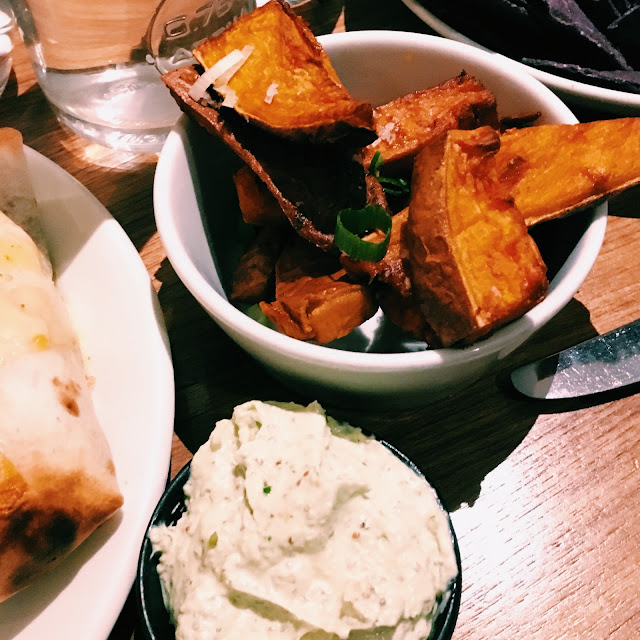