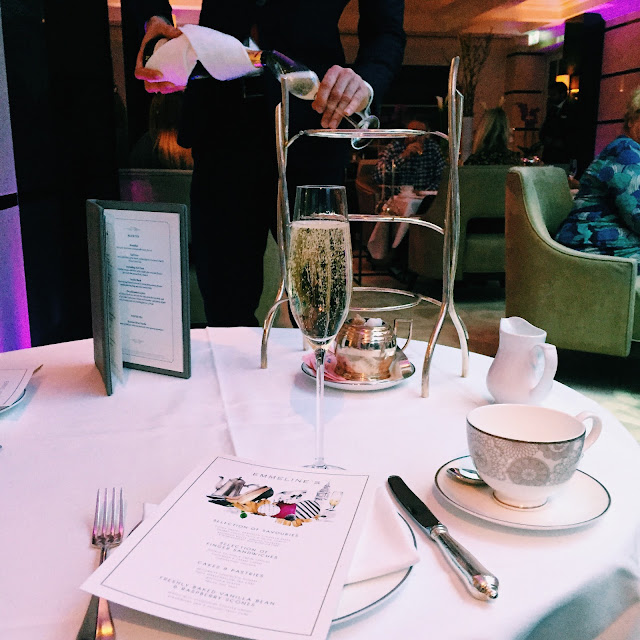 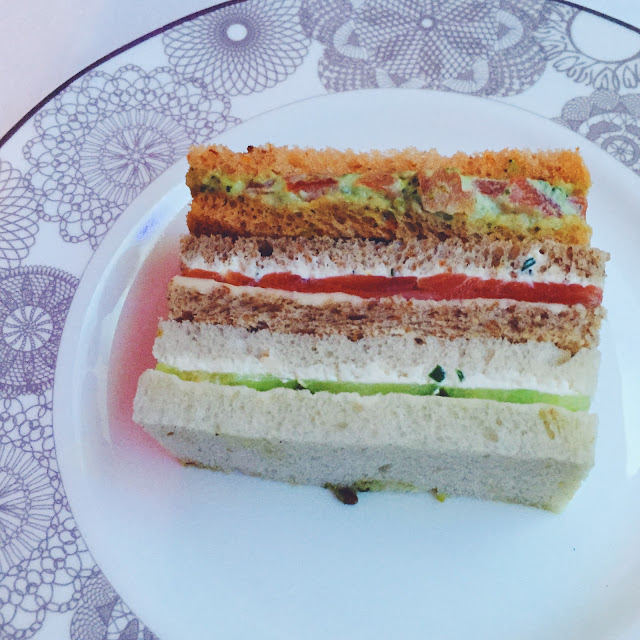 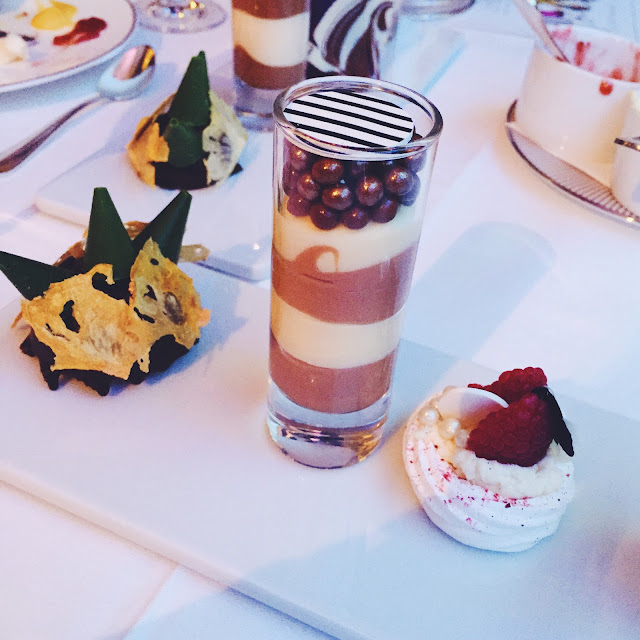 I will put my hands up and admit that I can be very critical of most British culinary traditions. Yes, I may have actively resisted trying a good part of it in my over 10 years of living here but let's be honest most of it can be a pretty tasteless and well a rather beige affair (pasties, fish and chips, pies, Yorkshire Puddings etc., etc..). Of course I can totally understand how people growing up here eating these dishes have a special place of comfort and memory in their heart for them, heck I love some weird German stuff that would seem rather weird to you (spätzle with cinnamon, sugar and butter anyone?) but for an outsider it is often hard to really appreciate these culinary peculiarities.

There are however a few British things I have grown to love. For one I can't turn down an Eton Mess, probably one of the best summer desserts out there, but I also have a real soft spot for the real institution that British afternoon tea is. Yes, we have 'Kaffee und Kuchen' in Germany, a time during the afternoon on a Sunday dedicated to having a piece of cake and a cup of coffee, but it lacks the bravado and sense of occasion of an afternoon tea which is why I was so excited to experience exactly this on a recent visit to the Conrad St. James Hotel.

I've only had afternoon tea a couple of times before so couldn't wait to see what was on offer here. As someone that enjoys tasting lots of little things, which is why love mezze and tapas so much, afternoon tea is of course ideal, giving you a wealth of not only savoury but also sweet flavours and dishes.

The savouries were definitely no after thought either at this afternoon tea, broadly inspired by the latest catwalk collections- our selection of sandwiches delicately flavoured and wonderfully traditional (one cannot go wrong with salmon, lemon juice and creme fraiche on bread in my eyes). The sandwiches were followed by a slightly more adventurous and equally delicious canapé selection- a beetroot wafer filled with smoked mackerel and beetroot caviar an absolute flavour delight and a welcome modern twist to the menu.

Next up we were presented with freshly baked scones of two types, raspberry and vanilla, served with what else but clotted cream, jam and lemon curd. Though the curd lacked a bit of zing in my eyes, the scones once assembled by us were an absolute delight. If there is a British food that has won me over it is these guys. Though we were starting to feel a little full by this point we had of course left enough space for the real stars of this afternoon tea and boy were they worth semi-waddling out at the end for! The trio of desserts we were presented with were stunning and just the right amount of sweet- nothing worse than desserts too sickly to taste of any of the flavours they are trying to convey. My personal favourite, the punk marshmallow tea cake, was finished off in a suitably punky way with spiky chocolate cones and filled with the most delicious of marshmallow fluffs.

The food was accompanied by a vast selection of teas, recommended to us by our fantastic waiter for the afternoon, and a few glasses of delicious Mumm champagne (the free flowing champagne option is great value and not to be missed). It's not everyday you get to sip champagne whilst being waited on to such a high level and enjoying almost flawless food and for the few hours that we were there we, as silly as it sounds, felt like real princesses. Yes, it isn't the cheapest way to spend a Sunday afternoon but it is an extravagance worth making and a British tradition that even I as (nearly) British person fully approve of. 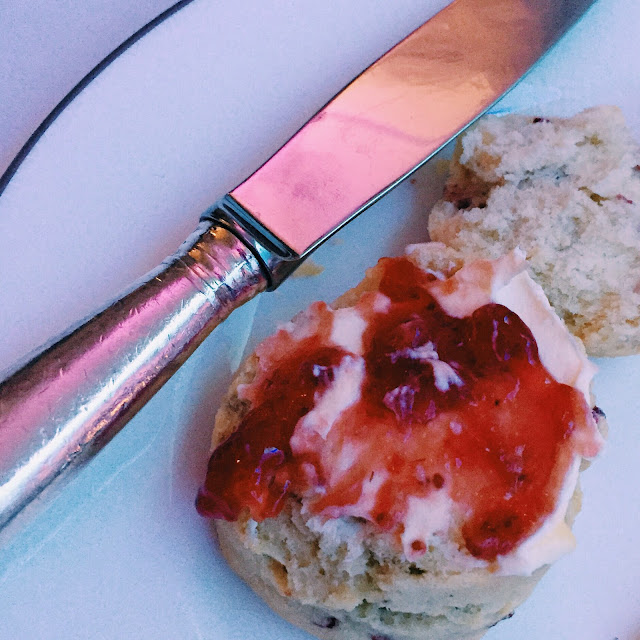 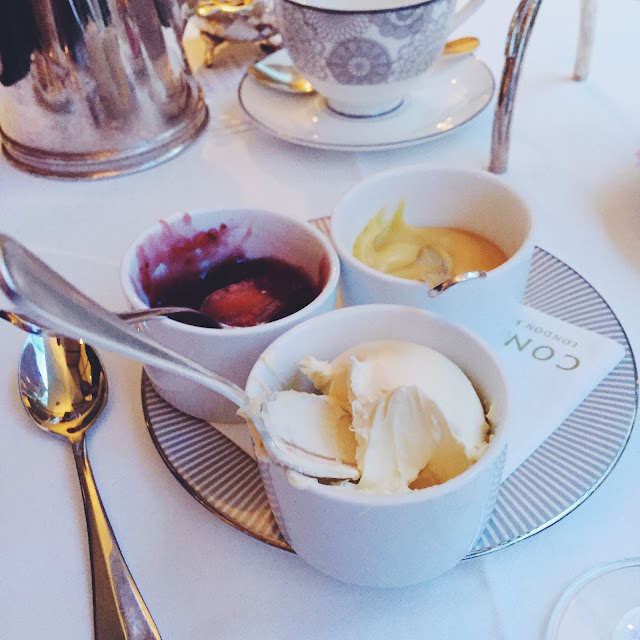 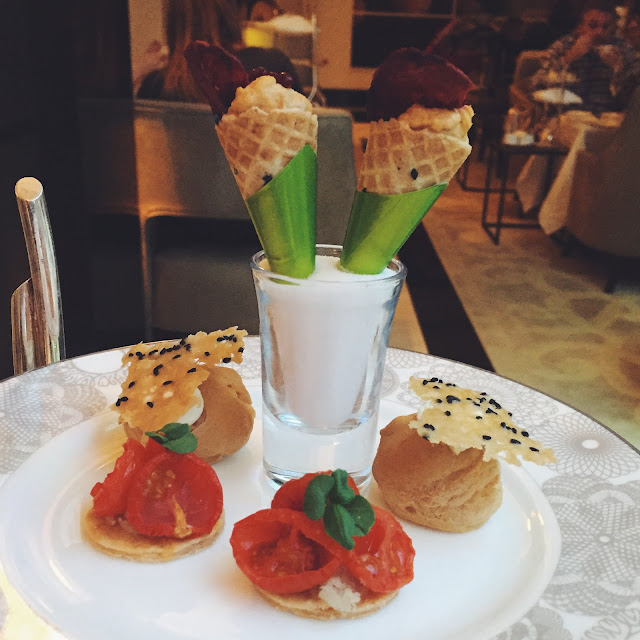