Ben & Jerry's Peanut Butter Me Up 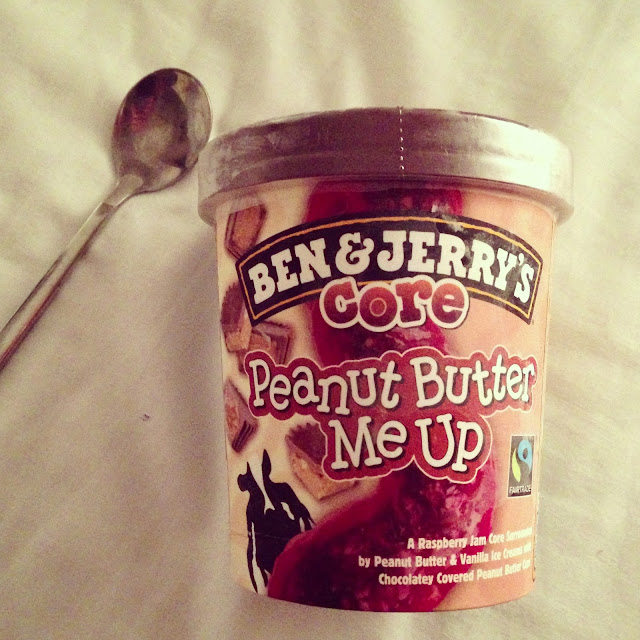 I am not usually a fan of over top, containing everything but the kitchen sink, kinda ice cream that Ben & Jerry's is usual known for (and no I don't like their chocolate with chocolate and more chocolate variations if you are asking), usually preferring the proper Italian Gelato kind. However this new variation now available in England converted me. Why? Well for one its focus is on peanut butter and as a massive fan of anything peanut flavoured I already had high hopes. It also contains miniature Reese's peanut cups which anyone who as ever tried them knows are of a rather addictive quality ( I think because of the perfect balance of salty and sweet). And that is exactly what this ice cream is. Absolutely addictive, in fact I challenge anyone to stop after a few spoonfuls. Half peanut butter ice cream, half vanilla ice cream speckled with minature peanut butter cups and with a tart raspberry coulis type core, this is absolute heaven in pint format! Go out and buy some and pray with me that it is not just a limited edition addition the Ben & Jerry family but here to stay!
Posted by Stella's wardrobe at 12:51

Oh that looks so good