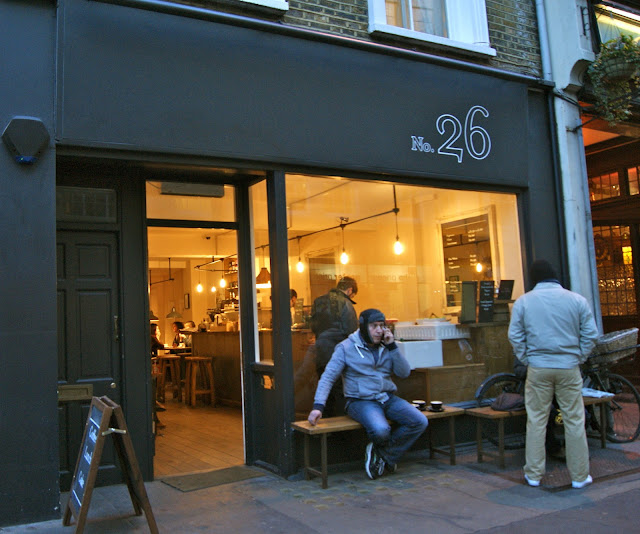 I absolutely love coffee, in fact since starting university and living in London its pretty much what I live on. I do more often than I'd like to admit  ( usually when in desperate need of a fake sugary caffeine fix and after too few hours of sleep) go to  Starbucks and have my usual Venti Coffee Light Frappuchino however with the wealth of amazing coffee shops in London I have also become a major coffee, and in particular flat white, snob and know what a good one should taste like. Having tried many of the supposedly best places I have a few favourites where coffee is not simply seen as an instant beverage but every cup is carefully made with beans chosen for their aroma, poured by barristers that know their stuff, leaving you with a strong, smooth and delicious cup of coffee that would put any Starbucks drink to shame in its quality and aroma. One of these great coffee finds is Tapped&Packed. Unassuming from the outside because of their belief in leaving aside ridiculous over branding and hence only signposted with its house number , it is a cosy, welcoming and seriously cool place where you can easily chat away for hours and totally forget that you are in actual fact just off Oxford street. With a laid back vibe, warm lighting and friendly young staff as well as a tempting array of cakes and sandwiches, my friend after having sampled the Victoria sponge exclaimed it was the best she has had in london, it is place with that that certain personal touch (novelty teaspoons are another thing to look out for here) that makes you want to become one of their regulars and return for a guaranteed cup of awesome coffee that packs a caffeine punch. 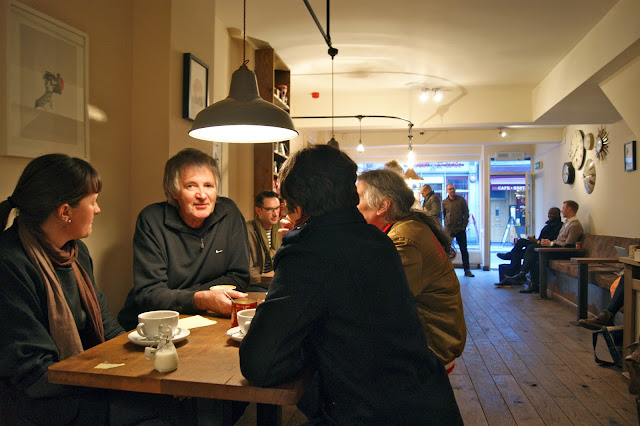 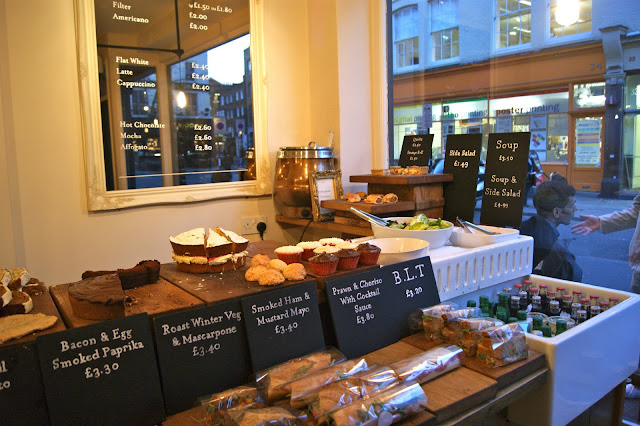 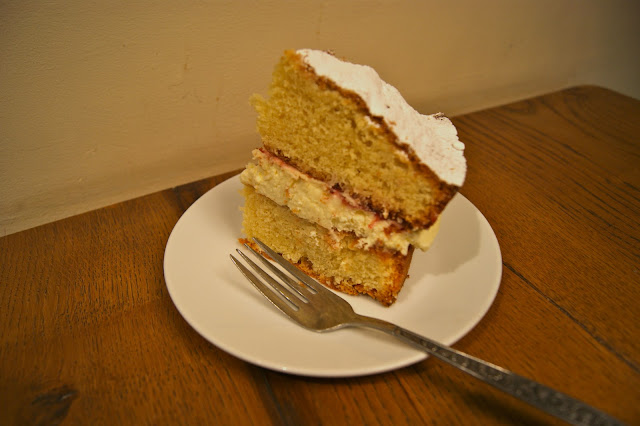 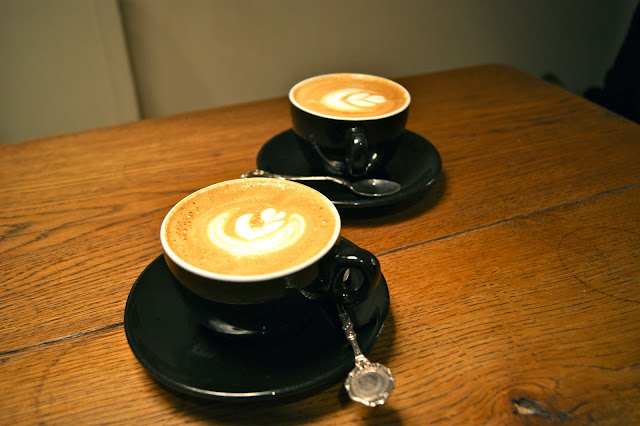 Tapped & Packed
No. 26 Rathbone Place
Posted by Stella's wardrobe at 16:47

I LOVE coffee too! Everything about it makes me happy.
I worked in coffee shops a lot when I was younger and have been trained to make the perfect latte or cappuccino (flat whites hadn't been invented then) so I'm just like you went I go into a coffee shop - constantly assessing quality/ aroma/ foam consistency/ presentation....
Why can't people get it RIGHT? It's not hard!

Oh are you sure about that? said...

oh woah this looks good ! I am a total coffee snob too, so coming across a good cup is always a treat.

I am a massive flat white and victoria sponge lover, 2 of my favorite things! This place looks lovely. I love little independant coffee shops