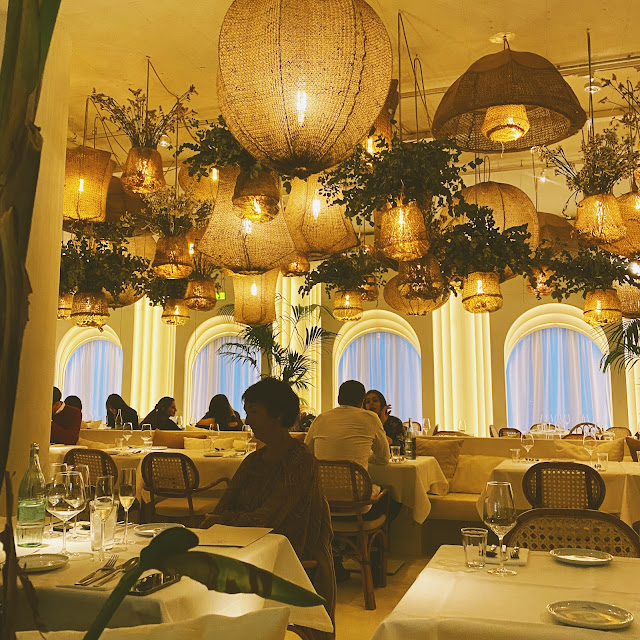 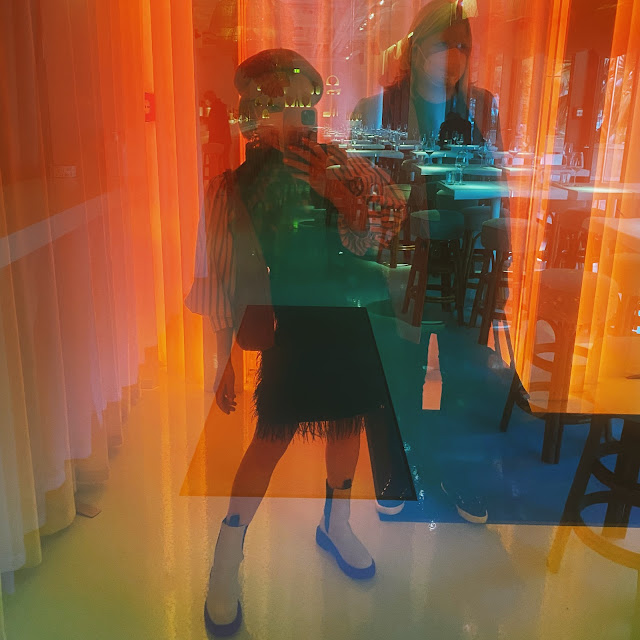 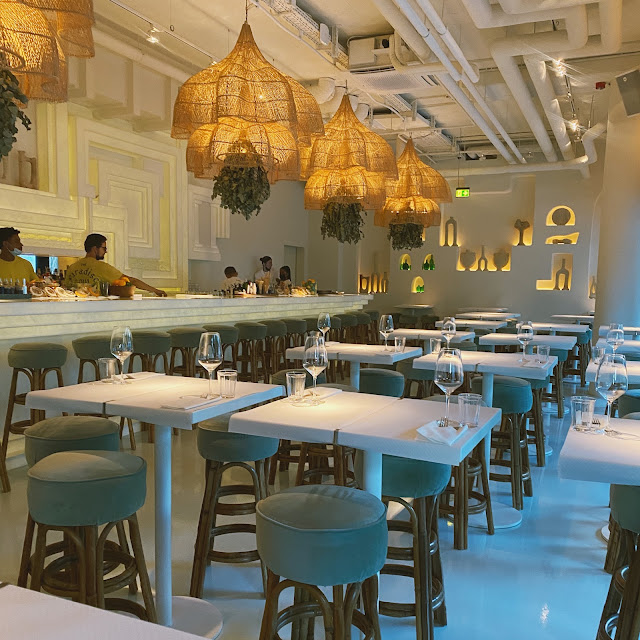 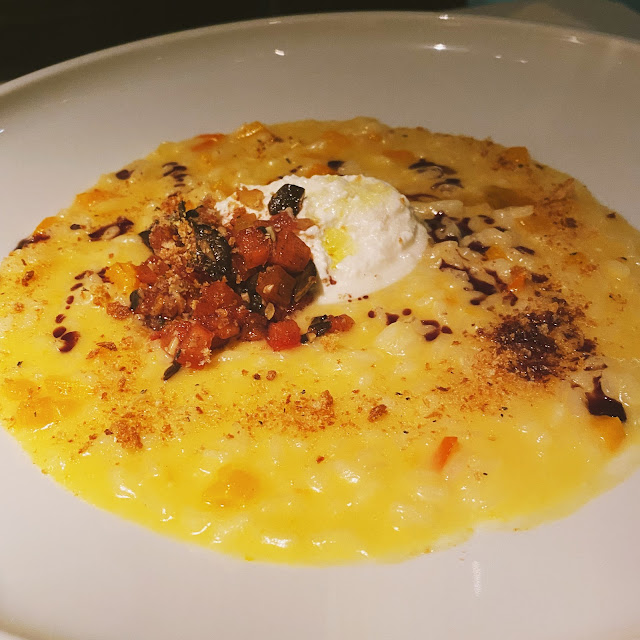 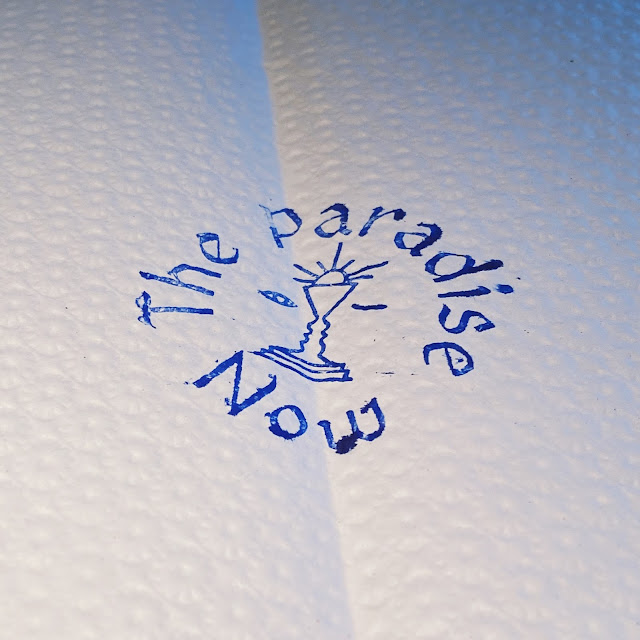 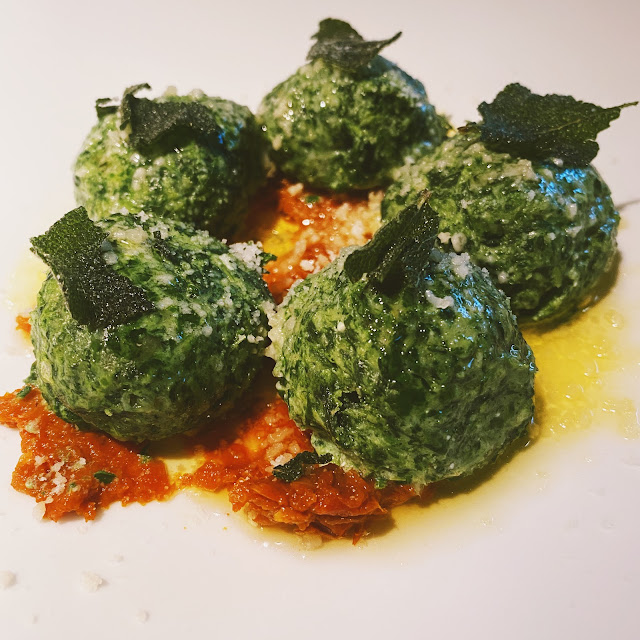 I am not going to lie, moving into my own place has in consequence meant considerably less budget to blow on snazzy meals out and lockdown additionally made me realise that I can cook pretty much anything, even if intricate, at home.

The Paradise Now is as hyped as you can get as newly opened restaurant, especially when it is probably the coolest dining spot that has opened in Dusseldorf in, like, ever, and of course was on top of my list of places to visit on a recent weekend getaway to the motherland, a proper "treat yourself kind of weekend with the Mama involving all the food and wine and good times" which HAD TO include a dinner here.

First things first, The Paradise Now is SO 2021that it has neither a website or an online booking system, instead you get a very slick looking instagram which perfectly conveys the tightly conceptualised restaurant (you can see that a co-owner of the restaurant is a renown creative director) and a number to WhatsApp to try and book one of the coveted tables.

The restaurant is split into a main restaurant, a no bookings bistro and soon to open club, and if you are after a main restaurant table you either have to book literally a month in advance (I confidently attempted two weeks before our desired Friday night and failed) or know someone that knows someone…alas we decided to chance getting a table at the bistro by getting there early on a Friday evening around 6pm and after a quick look over by their doorman, managed to snag a table in the impressive bistro space.

Ok, some people will hate having to endure a Berghain style doorman to enter a restaurant but hey if it keeps the wrong kinda people out I am there for it, even if it is unusual.

But even if one is critical of their door policies, once inside it’s hard not to be wowed by the concept and interior design of The Paradise Now.

It’s 70’s LA cool crossed with Studio 54 glamour with a touch of hippie commune vibes thrown in but without an ounce gimmick.
It’s almost like you’ve stepped into a completely different, very cool world, once you've made your way down a neon lit staircase and you will spend the evening fascinated by every detail of the dining experience, from the waiters clad in long white flowing gowns, to the disco and funk soundtrack on repeat, to the Pinterest worthy illustrations on the menu.

This is not to say everything about The Paradise Now was perfect. You could tell the kitchen and service were yet to become a well oiled machine. Our waitress was on her trial shift and while trying hard didn’t have much of a clue when it came to the menu and seemed pretty startled.
Service was at times slow and us not sitting in the main restaurant meant we seemed second rate diners but as much as I hated some of the pretentiousness and slow service it didn’t outweigh the uniqueness of the space.

The food again showed signs of promise but tweaking was needed, portions were tiny, flavours were great. 4 pieces of seared tuna for 19 euros is never going to impress me, even if presented beautifully, a sort of overpricing you won’t even get away with in the most poncy West London restaurant.
However a pumpkin risotto main with burrata and a starter of malfatti with nut butter were delicious, refined and decent in price.

But then again you don’t JUST go to The Paradise Now for the food - you go for the entire experience, from getting a table to leaving behind reality for a few hours. I can’t even imagine how cool the club is going to be once open.

In a way I hate how much I loved Paradise Now, in spite of of the many things I actual didn’t like, me and my mum have not stopped chatting about the place ever since paying the bill.
As I said eating out can have a real magic about it and despite its flaws Paradise Now is bursting with just that magic.

I may as well get my table booked in now for my return in December because I will sure be back and if my dream 30th birthday weekend away with my nearest and dearest from London materialises (Corona please don't ruin this) I couldn't think of a better spot to ring in the new decade!
Posted by Stella's wardrobe at 08:28