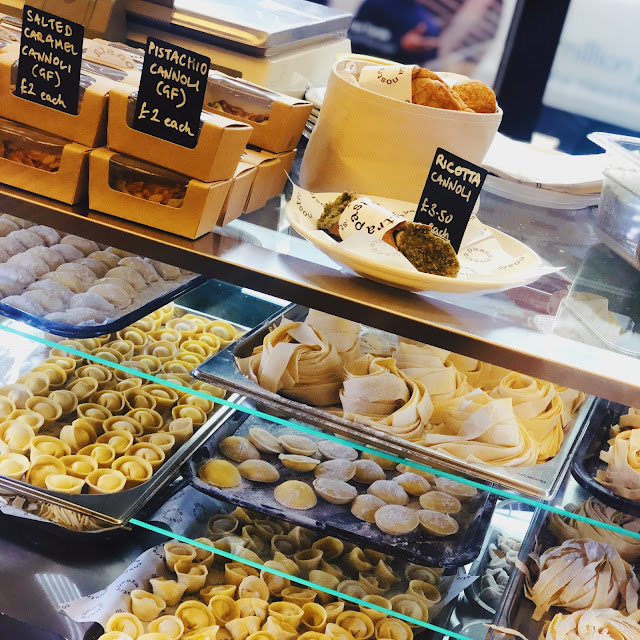 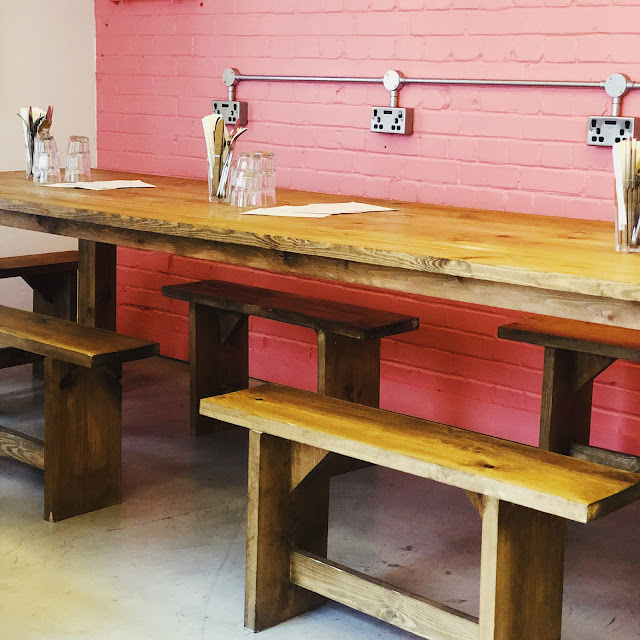 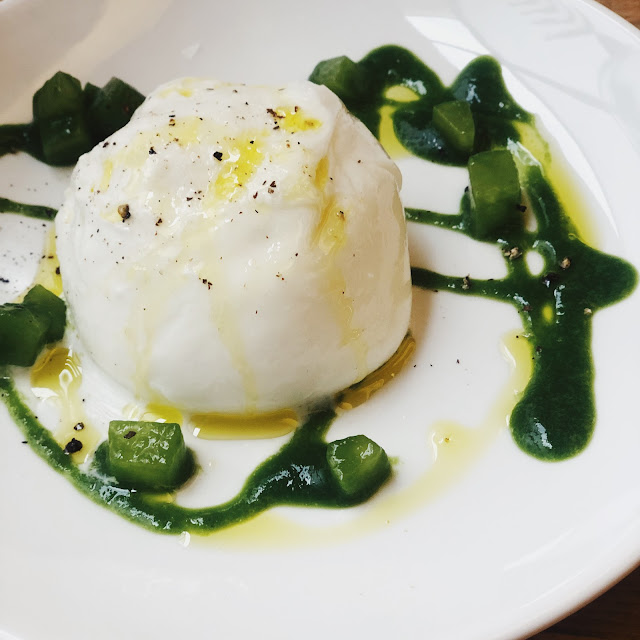 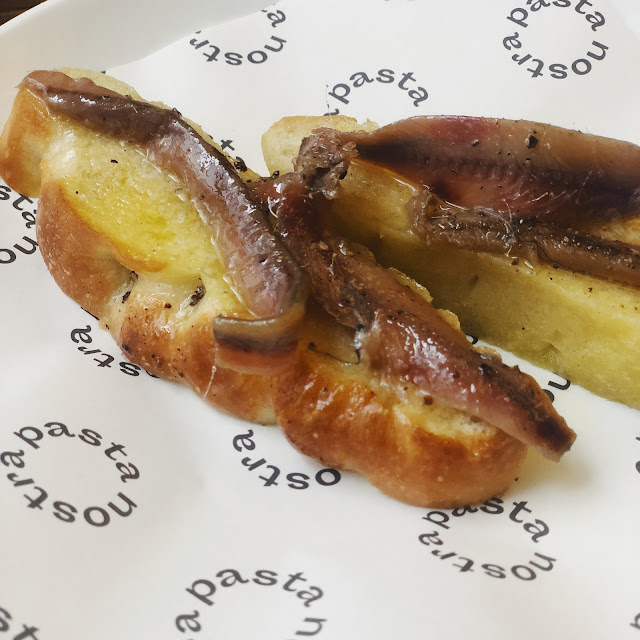 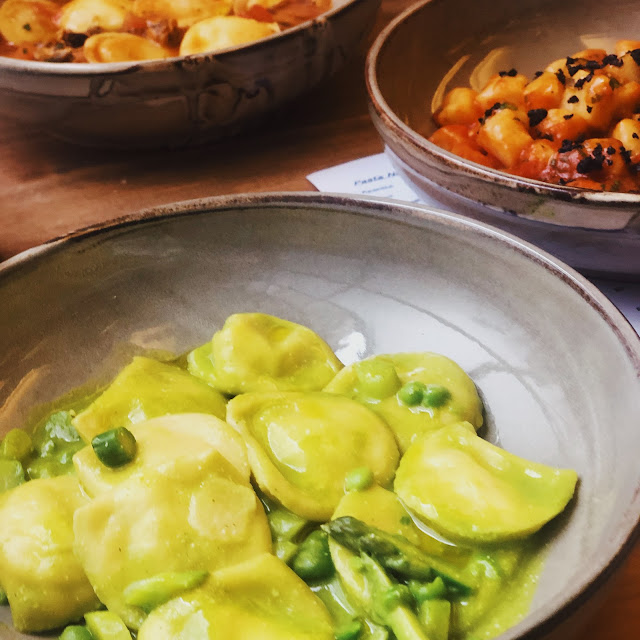 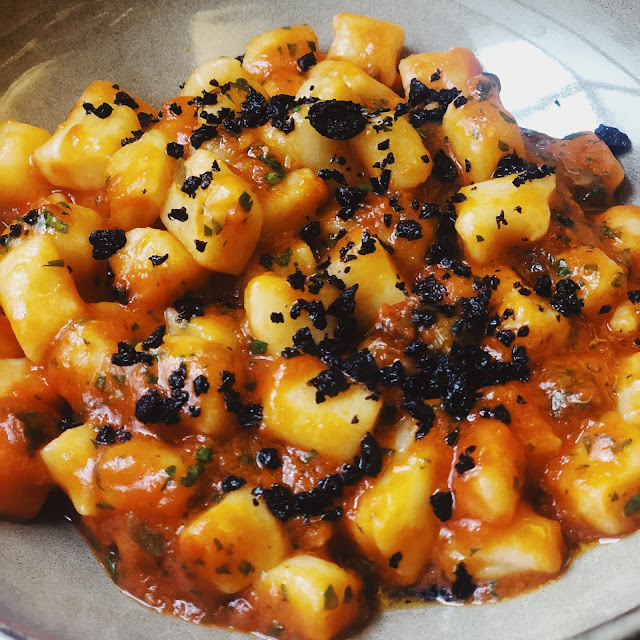 Yet another review on my continued quest to find the perfect pasta in London . I had walked passed Pasta Nostra, a restaurant taking over a space previously occupied by a rather weird and short-lived vegan seitan pop up, ever since it opened a few weeks ago, it being on my daily walk into work from East into Central London.

Pasta Nostra is in a bit of an odd location I must admit, a 2 minute walk away from Old Street station and the hustle and bustle of Shoreditch, yet kind of in a no man’s land stretch between Old Street and the Barbican, surrounded by fancy student accommodation new builds and offices, but do not let that put you off because if you aren’t making the trip to Pasta Nostra you are missing out on the freshest pasta I have had to date in London, with a passionate, young and innovative team behind it all that deserve a chance to stand their own ground in London’s dining scene.

It is of course not the easiest of turfs for independently run restaurants to open and flourish in, a market very much dominated by both big chains- incidentally there is a huge Wagamamas about to open next to Old street station which let’s be honest no one REALLY needs unless you are after uninspired, inauthentic and overpriced Asian food, and smaller chains like Franco Manca, Honest Burger and the like, all not exactly making it easy for budding restauranteurs without huge financial backing to stand a chance of establishing themselves and getting enough diners through the door while paying extortionate London rents.

The more reason to admire the guts it must have taken for the team behind Pasta Nostra to make the dream of their own restaurant a reality, especially considering that the duo behind it are both in their 20s, and with the quality of food they serve up I urge you all to support their business with a visit, mainly because the food they serve up is bloody fantastic but also because they deserve the chance.

I mean I was a little dubious before my visit not only because of the location, the building façade doesn’t exactly scream “amazing Italian food”, as I found out Pasta Nostra not able to change much of the outside look of the building with it owned by the aforementioned overpriced private student accommodation contractors, but once inside (the dinning space is pleasantly bright, slightly industrially inspired, modern and with ample space) and presented with a concise yet imaginative menu, my dining companion Henry and I were getting increasingly excited to get down to what really matters at any restaurant, the food.

And I have to say you can really see the labour of love that has gone into every dish, after all the culinary minds running the show have previously worked at some of London’s best restaurants including Michelin starred restaurant Trinity so clearly they know their stuff. Unlike at Pastaio, no menu component felt like an afterthought- every dish, whether starter, main or dessert, beautifully presented and executed, letting flavours do the talking rather than overcomplicating things.

Starters were great and generously portioned, a real steal too with no starter being more than £8, with the stand outs being a proper gooey burrata (the times I’ve been served burrata that was more like a Tesco Value mozzarella in London is too many to recount even at “fancy Italians”), served with an intriguing addition of pressed sorrel that added an unexpected fresh earthiness, as well as their pane burro e alici, two thick slices of their freshly baked focaccia topped with Sicilian anchovies which may sound like a simple dish but was done here to absolute perfection- salty fish, the most fluffy of bread and a good soaking of proper Italian olive oil that allowed the fantastic ingredients to do the talking.

The same can be said for the pasta dishes. Walking into Pasta Nostra one cannot help but drool over a display full of gorgeous looking pastas of all shapes and sizes, prepared freshly on site each day, and boy do they taste as good as they look. Pasta dishes change seasonally but there were 9 very different ones to choose from when we went, with a good mix of meat, fish and veg options to please all palates and I was truly stunned by every single plate we tried. There are no bastardised Bolognese sauces to please British palettes and no copious amounts of cheese grated on top to deter from what should offer enough flavour by itself, a proper pasta with a freshly made sauce, because at Pasta Nostra it is about going back to basics and I have not felt more like being back in a Italy with real deal amazing pasta like I did here.

A plate of freshly made Gnocchi Puttanesca was an utter dream, you could see how the gnocci were hand rolled and much smaller than the supermarket versions we are used and incredibly light and fluffy at that, served with the most flavourful slow cooked tomato, caper and olive sauce. Tiny and beautifully crafted Orecchiette al Pesto came with an intriguing basil pesto, green bean and potato sauce, a dish not only stunning with its vivid green colour but an utter delight to eat and like nothing I had tried pasta wise before. My personal favourite however was the Mezzaluna Vigarola, a kind of ravioli filled with the freshest ricotta and in a herb sauce with broad beans, asparagus and peas- zingy, incredible flavours and top class ingredients all coming together on one plate.

What makes this even more incredible are the prices, £7 for the generous bowl of gnocci, £8 for the orrechiette and even the most pricy dish (which to be fair features surf clams) will only set you back £13 – considering the quality of ingredients used here as well as the innovative approach to flavours and sauces, not forgetting the first class fresh pasta you cannot really find better value for money in London and I mean that.

This was only further reiterated when it came to dessert. I LOVE cannolis and sadly have struggled to find a good version of this Sicilian classic in London (let’s not talk about the flavour overload version I tried at Pastaio) but at Pasta Nostra it was absolute perfection, a crispy shell, filled with proper sheep’s milk ricotta and with the ends dipped in freshly crushed pistachio, huge too for £4 and pretty much the perfect end to a perfect Italian meal, strangely enough in London!

Service was also impeccable, we chatted to the owners a little, and the wine list is small yet once again perfectly curated and very reasonably priced. I have eaten a lot of pasta in my time and there are many places in London where you can get a decent plate but seldom do you see such passion behind each dish. I really hope these guys are able to establish themselves and urge you to go before the whole of London realises that Pasta Nostra is worlds better than Padella at prices that are almost too good to believe for London standards. Leave the chains to one side for once, make the trip to Pasta Nostra and find pasta heaven, even if it doesn’t look like it at first sight. 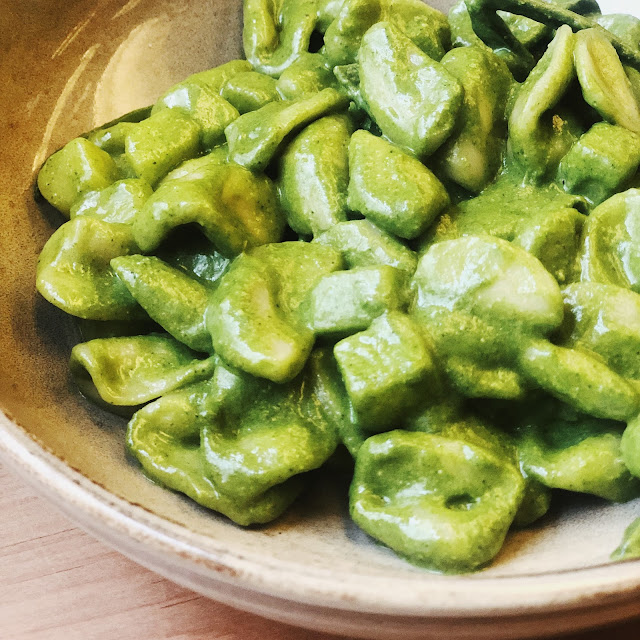 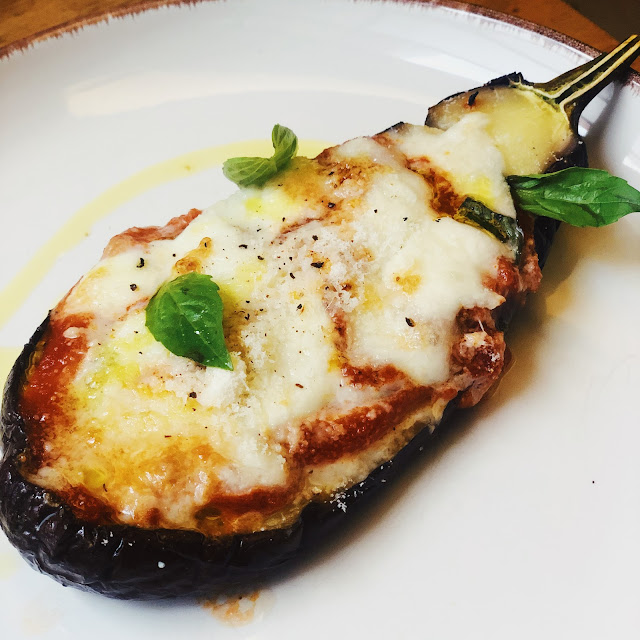 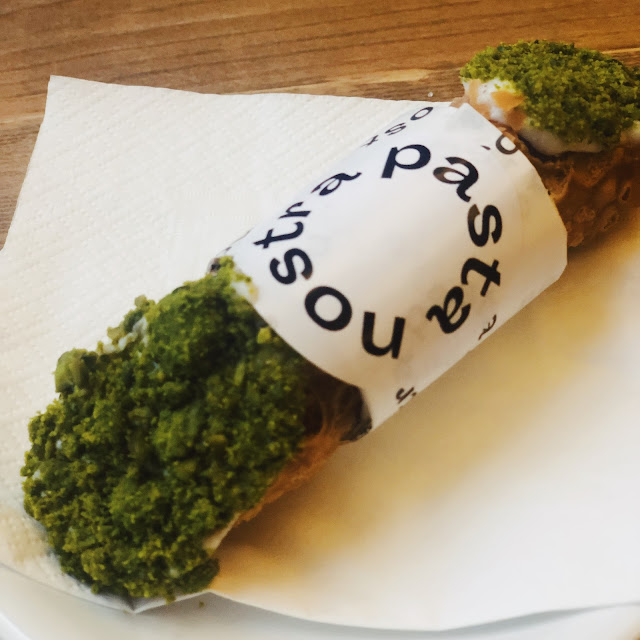 Whenever you face some errors, while using HP printer then no need to worry as you try to resolve the issue through HP Printer Technical Support Number +1-870-345-4464 where certified technicians will there to support you for rectifying the error within no time and without any hassle.
HP Printer Support Phone Number