MY ULTIMATE GUIDE TO WORKING OUT 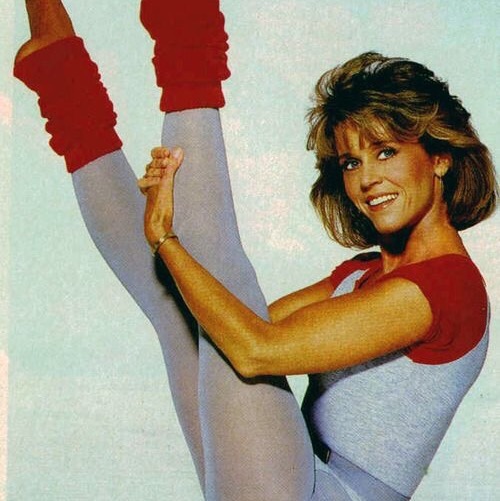 I was enrolled at one of Germany’s best ballet schools for two years before I moved to the UK. I have to say it was a pretty gruelling regime – 2 hours day, 6 days a week with Russian teachers that had no problem grabbing my leg and making the splits happen whether you were ready for that or not. And as weird as it sounds I ABSOLUTELY loved it. I mean I am perfectionist and loved being pushed to the limit, quickly becoming one of the best students in the class. I was unsurprisingly devastated therefore when one day, as fate would have it, we packed up our lives and moved to England, not London, no, a tiny village between Hastings and Rye, were finding ballet taught to the level and professionalism I got used to was near impossible.

My instant reaction was I guess a sense of giving up, eating a lot of gross English food because I had never tried it before (quickly also realising that I hadn’t been missing out), not doing any exercise other than the little bit we did in PE class and inevitably loosing the toning that years of ballet had let to. During my university days I used to look bewildered at people that would choose to go to the gym rather than eat brunch on a Saturday and limited my exercise to walking (though I have to say I have always walked a lot, something my granddad drilled into me with epic Sunday walks) and was yet to ever actually step foot into a gym, let alone plan my week around which classes I can make it to.

So what changed? Grown up life happened and with that stress, anxiety, problems sleeping and sitting at a desk for 8 hours or more each day came along and I began to realise how much I missed the release and escape exercise had always offered me. Of course not everyone is super sporty and for many doing yoga once or twice a week will offer exactly this break from daily worries. For me however it was also about the physical exhausation and sense of achievement and improvement week on week that certain exercise classes offer.

I now go to 4-5 classes a week mainly after work on a weekday and in the mornings on the weekends and I have never slept better, been more focused made more of my days – after all if you have a 9am Saturday class you are going to not waste your day in bed! I am not one to preach and if exercise isn’t your thing then this blog post won’t change that but I did a lot of trialling and testing of different classes and gyms in the process of discovering what Kind of exercise i enjoy and actually found it a quite daunting experience to start with which is why I wanted to write up this little guide and maybe encourage a few of you to give them a go to!

There are a lot of fancy gyms in London that will cost you a small fortune to be part of and to be honest most of them are in my eyes not worth it. I was a member of Virgin Active gyms for half a year as they had a under 25s deal going but it was still pretty pricy (over £70 a month), plus i was only able to go to my home gym and none of the other Virgins around London. Classes were always super booked out and while facilities were I guess quite fancy I was never really using the steam rooms or GHD straighteners so really was not getting my moneys worth.

You can of course take a more flexible approach to booking classes with something like ClassPass although I found the selection of classes on offer not amazing and actually ended up being fined £15 for not attending A class even though I had been there so never renewed my trial. It did allow me to try some class venues I’d always wanted to try like Frame although again I was pretty underwhelmed, with classes too full and equipement actually by now a little dated.

After all this trial and error I ended up getting a membership at Nuffield through a friend’s recommendation and I couldn’t be happier. You pay around £65 a month (although I got a discount being local to one in east London) and get to use all their gyms and classes around the UK. The gyms may not be super fancy but my local one has a swimming pool, is super clean and offers a great selection of classes. Even better, for evening classes I can use the one near my office in Covent garden and can reserve my classes over an app that let’s you book a week in advance. Classes are always busy but if you are clever by booking ahead you will always get a spot and honestly the instructors are as good, if not better, than at some of the more fancy gyms I have tried. Right now I do about 80%-90% of my classes with them so about 3 to 4 a week and with that am getting pretty great value for money. I can only wholeheartedly recommend Nuffield. 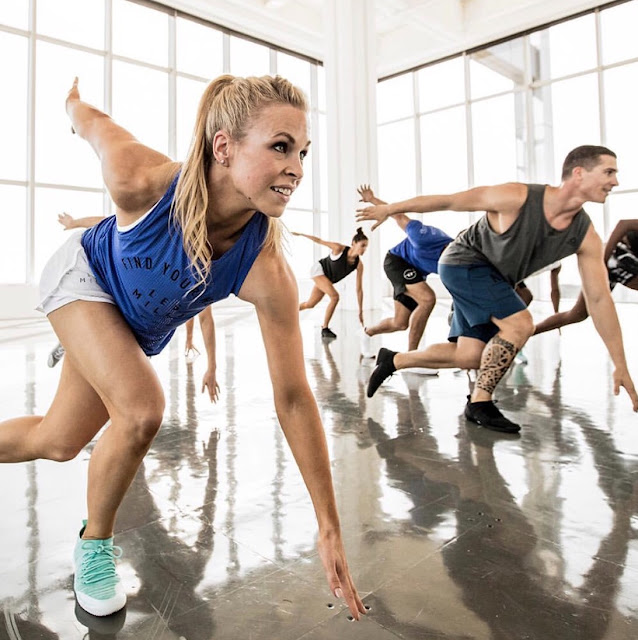 If I was to pick my favourite exercise class it would undoubtedly have to be body attack and it’s mix of high energy interval training combined with athletic aerobic movements as well as strength and stabilization exercises. Why? Well it may be a pretty intense 45 minutes to an hour (depends where you go) work out but it’s bloody fun and an incredibly good stress release. You jump around to fun tunes and learn a serious of moves that each class is build around alongside your classic lunges, not really thinking about the up to 700 calories that you work off each during each class. If I’ve had a bad day at work I genuinely look forward to putting my phone away and getting stuck in here. You may make a few mistakes to start with and struggle a bit but it really doesn’t matter as no one will judge. Most people become quick converts to body attack and will come every week and I don’t blame them! It is available at most gyms that offer classes and for me it is very much about finding a good instructor and a fun class to join more than anything else. 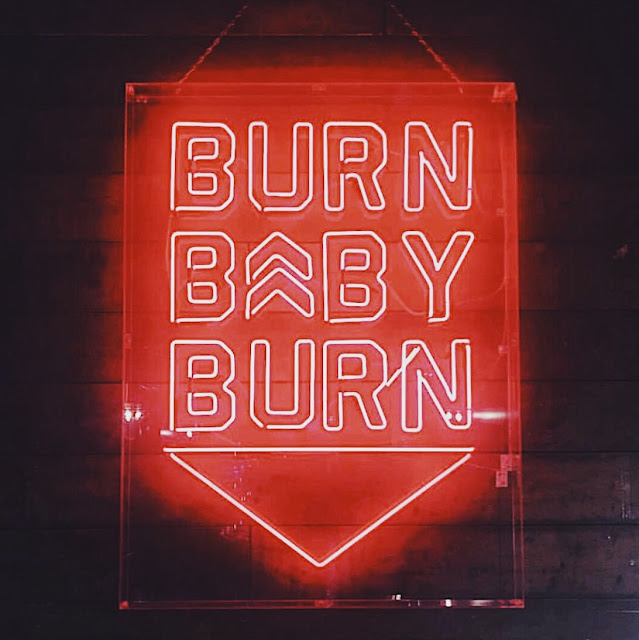 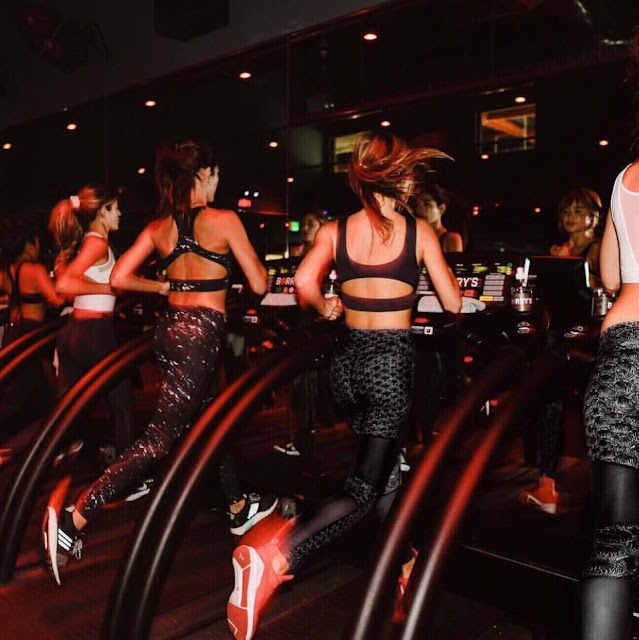 Barry’s bootcamp is a known as celebrity favourite (apparently David Beckham loves going) and has had some major internet hype over the years, many claiming it is the best workout in the world. I mean it isn’t cheap, one class will cost you £20 but after only one sixty minute session so far I can already see why people come back week after week. Why? Well Barry’s boot camp makes you push yourself to the absolute max and then come back to for another session to do even better. The setting takes a little getting used to, being more reminiscent of a nightclub then a gym, darkly lit with loud rap tunes blurting out of massive speakers to accompany your instructor telling (and in some instances yelling) you what you should be doing. The group is split into two with half the class starting on the floor with weights and the other half going up on the treadmills. This followed by 4 intervals of switching between the two stations and being pretty ruthlessely pushed to your limits whether it is continuing to increase speed on your treadmill until you think your legs will fall off or lift weights until you can feel your breakfast coming back uo (top tip don’t eat before, I did and it was NOT good). 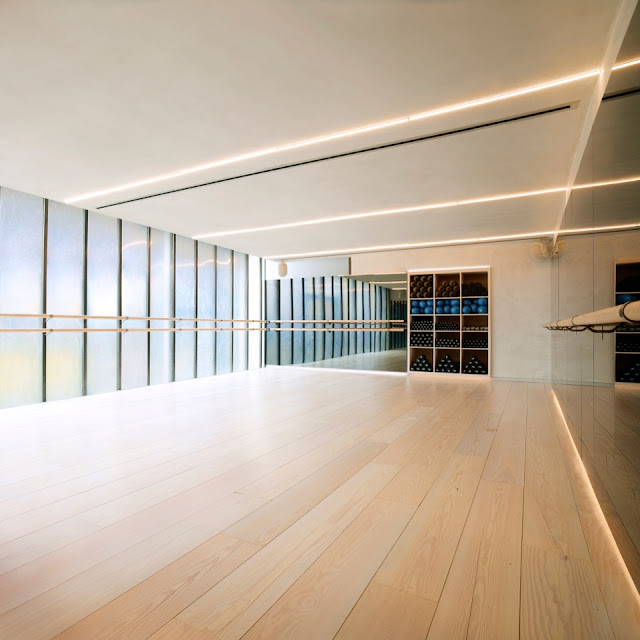 Blok is relatively new to the workout offering in London and currently has two locations, offering a range of different boutique work out classes in rather snazzy modern surroundings. I tried the new Shoreditch branch a few times and particularly loved Bloksculpt, a hybrid full body workout that will leave you sweating. Here it isn’t about running around, rather you start with a pyramid of exercises (burpees, mountain climbers etc etc) and repeat them until you get to the bottom of the pyramid. After this you use a range of weights and resistance bands to really work your core and glutes, all to a super fun soundtrack (think Madonna and hip hop). Stephanie who runs the class on a Sunday at 10am was a particularly great instructor and the main reason why I came back several times. A minor criticism- the classes are booked up to the max and the studio can seem a little crammed but definitely one worth doing if you wanna get those abs going.
Posted by Stella's wardrobe at 10:21

"Avast Antivirus is a world-renowned name in the field of internet security and antivirus. Avast services are available for almost all the computing device in the market and secure them against the critical virus, spyware, malware, Trojan files and ransomware.Avast Support
"
AVAST SUPPORT

AVG (Anti-Virus Guard) is software technology that is also a subsidiary of Avast Software. An easy and simple solution to all the security need of an individual and a business. Use your computers with confidence and without aggravation by protecting them from threats.
AVG SUPPORT

Kaspersky is word leading Antivirus and Cybersecurity Multinational company situated in Moscow, Russia. Kaspersky Lab is committed to work with their customers and provide the best security possible. They are dedicated to saving you from the trojan virus, worms, adware, ransomware, spam, rootkits, phishing, malware and other malicious activities.
KASPERSKY SUPPORT

Outlook is one of the services provided by Microsoft that deals in web-based suits of webmail, tasks and calendar service. Founded as Hotmail, Outlook is the first webmail service.
OUTLOOK SUPPORT

AOL Mail is a free web-based email service owned by an American Company that enable the user to use all the email features provided by them. AOL Mail is also known as AIM which stands for AOL Instant Message.
AOL SUPPORT