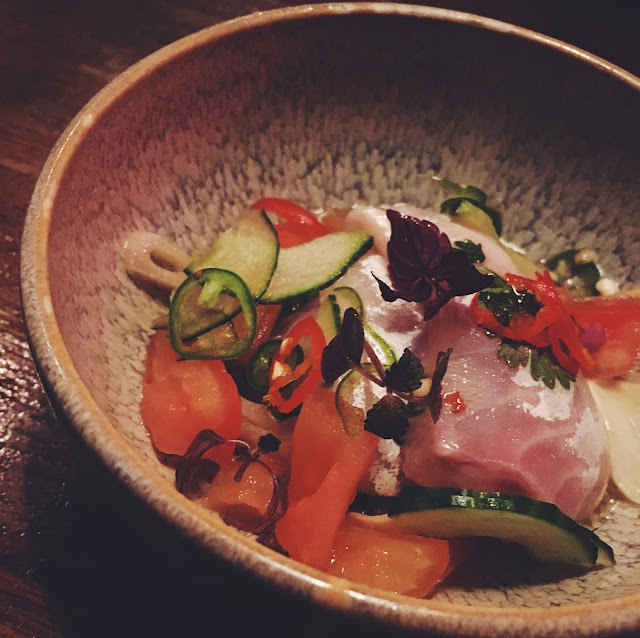 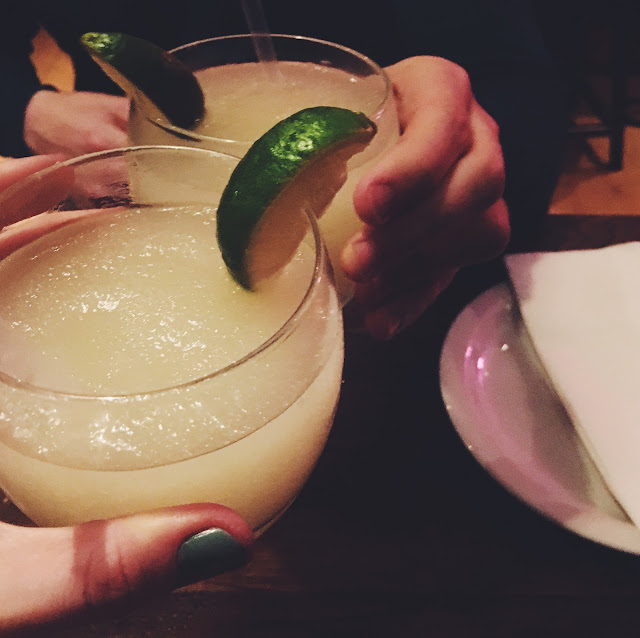 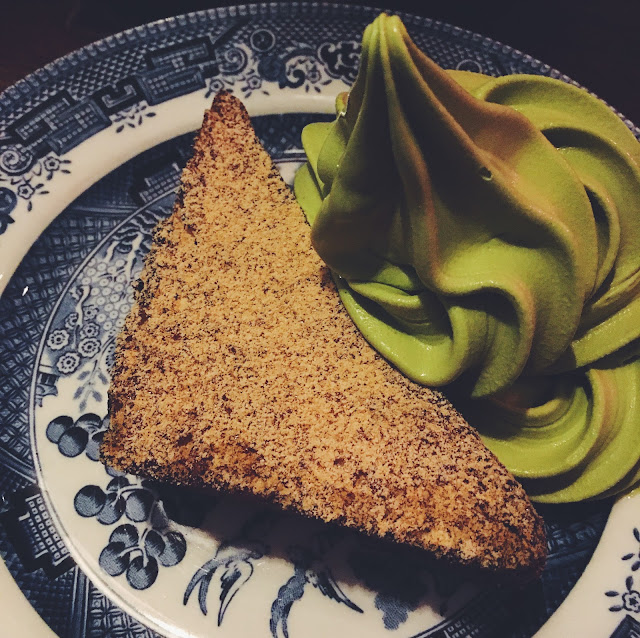 Shackfuyu has been on my list of places to try for quite some time now. By the same people as Bone Daddies, which of course has become famous for serving ramen noodle soups with a modern twist, Shackfuyu serves some of the finest and most affordable Japanese / Western fusion this town has to offer and as a result quickly became one of the hottest dining spots in town. This inevitably meant that it got pretty impossible to secure a table here without a lengthy waiting time during normal dining hours (i.e. any time between 7-9pm) which is the main reason why this place had eluded me thus far.

A lucky coincidence then that I had bought my friend Henry, a big musical aficionado, tickets to see An American in Paris as birthday present which meant that we were on the hunt for a post-theatre late night dining venue, able to elegantly dodge the Friday dinner rush! Even luckier that Shackfuyu happens to offer an excellent express menu, designed to show off the best of their menu for a more than reasonable price at off peak times (here it is offered everyday until 6:30pm and after 10pm).
For only £22 you get a starter, main, dessert and a choice of drink (a glass of house red or white or a soft drink), which is, considering what hype surrounds this restaurant (their french toast dessert with green tea soft serve is an insta sensation in itself),a rather excellent deal especially as the options are not in any way second rate but instead taken straight from their main menu.

We were more than excited then after a fabbuuuuulous few hours watching an American in Paris (which I can only recommend getting tickets for especially when like me you enjoy ballet) to finally head to Shackfuyu and it being 10:30pm were immediately sat down in the sleek yet intimate dining space. After a bit of online research it became pretty clear that we had veer away at least a little from the express menu and order one of their infamous yuzu frozen margaritas. It was quite something - zingy notes of yuzu combined with that classic margarita taste, making it one of the most moorish and refreshing cocktails I have had in London for a while.

In terms of menu there are three starters, three mains and of course their iconic green tea dessert on offer, with options to satisfy any meat, fish and veggie eater around! We couldn’t resist additionally ordering their “prawn toast” as a starter to the starter, particularly as I have a real soft spot for okonomiyaki (a type of Japanese savoury pancake topped with Japanese mayo and bbq sauce) and it did not disappoint with it’s rich flavours, far superior indeed to what one would usually classify as prawn toast.
As our actual starters we both picked the sublime sea bass ceviche with pickled tomatoes which was fresh, flavourful and a feast for the eyes though I would have also happily tried their enticing sounding veggie option of grilled mushrooms with miso butter.

For mains Henry went for the beef chuck tender with chilli sauce which left him more than impressed while I went for the miso aubergine topped with a kind of Japanese version of rice crispies which may sound odd but was one of the most outstanding veggie mains I have ever had in my life. Aubergine isn’t easy to get right but here the combination of miso with extra crunch on top and an aubergine cooked just tender was simple outstanding. This was fine dining that showed off a sophisticated hand in cooking and truly succeeded in elevated a humble vegetable into something absolutely amazing. Though the mains aren’t huge portion wise they are served with perfectly prepared sticky rice, ideal for soaking up the flavours, and mean one has enough space left for their oh so famous dessert.

Indeed I had seen their kinako French toast with green tea soft serve many, many times on the internet, it becoming an almost infamous dish in the London restaurant scene in the last year or so which got me more than excited to finally try it. It of course looked the part, a perfectly crispy and sweet French toast slice with a luscious swirl of green tea soft serve but I am happy to report that it was also quite uniquely delicious. Yes, the green tea soft serve is not everyone’s cup of tea in its earthy flavours but it works an absolute treat with the French toast which is soft on the inside and crispy from the caramelised sugar on the outside. It’s something like I have never had before and not only visually stunning but a flavour combination everyone should experience.

Rounding up the evening with one last yuzu margarita and fully stuffed from our 3 (well maybe 4) courses we were left utterly won over by Shackfuyu’s innovative and fresh western take on Japanese cuisine especially considering the amazing value for money their express menu offers.

This place fully deserves the praise it has gotten and should be more than enough reason for all of you to have a later (or indeed earlier) than usual dinner to experience the wonders it has to offer at a price that will make you feel like you are almost cheating them. Shackfuyu is a real London dining gem that showcases the creativity of our food scene without the price tag of a Michelin star joint and should be cherished for that, i for one will be back. 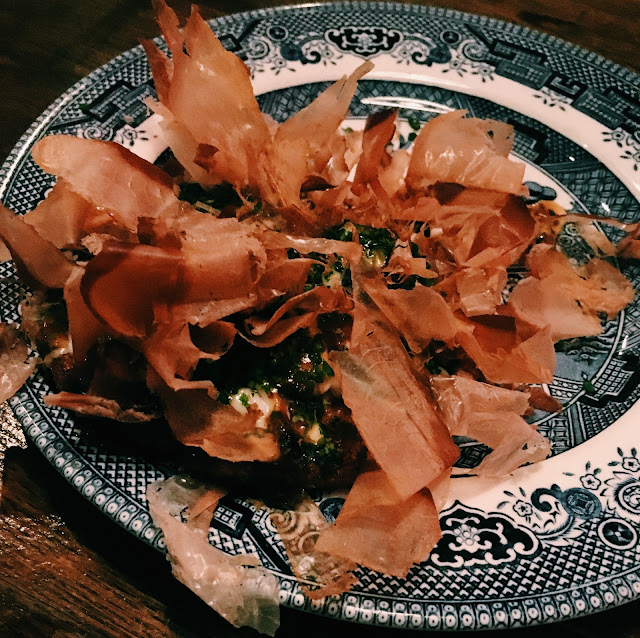 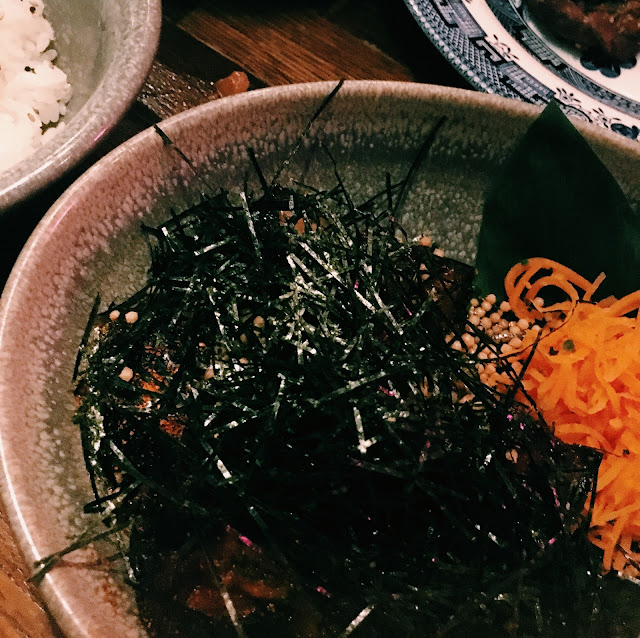 Fully entertained with online casinos.
Goldclub Slot Is an online betting site that can keep players entertained to the fullest. The most fun online game of fun, players are betting on the whole day. We can gamble at any time. Not only that, online gambling games can also make money for you. Because all online gambling games give you real money. And if you are talking about a risky online site, there are a lot of games to choose from. In addition to many games, the site must be legitimate. Our website has a certificate from Cambodia. It also broadcasts all betting games from the famous casino services from Cambodia. At Poipet Casino Online gambling games at the new age gamblers choose the risk. Wagering on online gambling games has the potential and does not disappoint the customer. It will challenge every customer experience and ability. Gambling is easy with the Internet. Bet on direct website or download program as well. Click here to visit the website. คาสิโนออนไลน์

Outstanding site for comfort
บาคาร่าออนไลน์ Online Casino It is a web service that is available in the form of online gambling games. At present, there are a lot of interested. Online gambling games have many good points, whether it is convenient, fast, because just connected to the Internet, you can play immediately. No need to download or install items. Applications can be time-consuming and can be played at any time, indefinitely. And can access and play games anywhere. I think I want to rest. I want to relax whenever I can come to our website right away. Types of games. It is the same as in a casino in the country. Because we improve these betting games from casinos. Whether it is the style and how to play the game called the game in the casino is a popular on our site. And at the time you want to play. Want to relax You do not have to waste time traveling. In addition to playing through the site. The channel we designed to facilitate and easy for you. Every time you find a problem playing. No problem. You can contact the staff at any time. We have expert staff to advise you so you do not have to worry that you will encounter problems alone. You will get all the rights immediately. Only you can register with us at the website. รูบี้888

Hmmmm yummy
Nice information, valuable and excellent design, as share good stuff with good ideas and concepts, lots of great information and inspiration, both of which I need, thanks to offer such a helpful information here. Thanks from meja makan jati

Thanks for this nice Indiaresult blog

thanks for this information