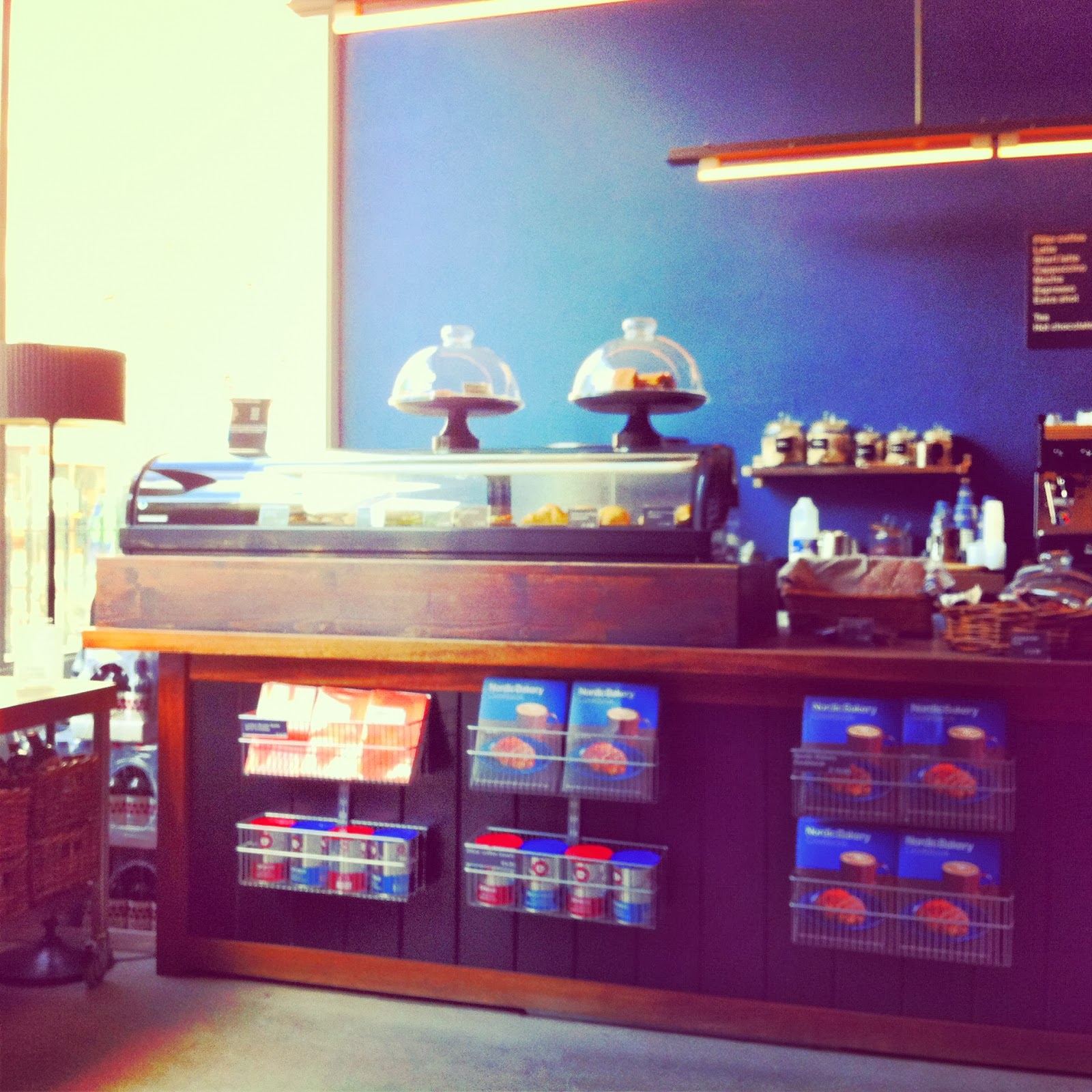 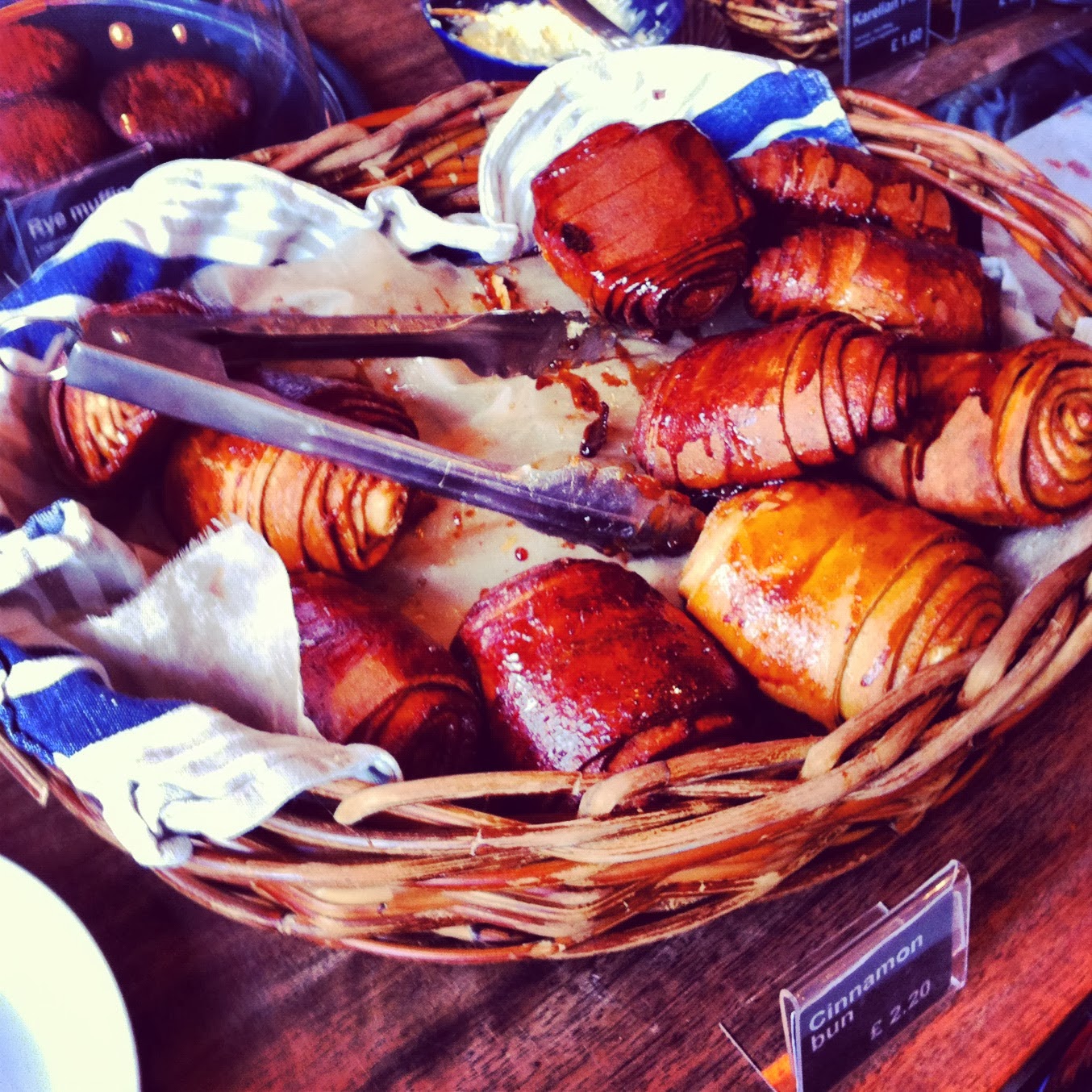 The Nordic Bakery was the first place that I ever visited on my culinary journey around London. In fact I had researched this little Scandinavian haven between Carnaby street and Soho when I still lived with my parents and one day made a special pit stop there on a trip to the big city to finally sample one of the cinnamon buns I had read so much about. With Finnish roots but little experience of the food I couldn't help but be intrigued but the Finnish baked goods served in this beautiful and understated space that exudes a calm and cosiness most cafes lack. And boy did they not disappoint as my frequent visits in the, it must be almost 5, years since my first visit that have gone by prove. Everything is baked by hand downstairs and as frequent visitors will know the best time to enjoy one of the cinnamon buns is when they are taken fresh out of the oven and brought up in a wooden basket every half an hour so, a wait that is worth it every time. Gooey on the inside, crispy on the outside and with a hint of cardamon, there is nothing better to spend £2.20 to start your day on though the gravadlax on rye sandwiches and savoury potato pies also sold here aren't half bad alternatives either. A piece of my heritage that I am very happy to have in London.

For The Best Value Burger 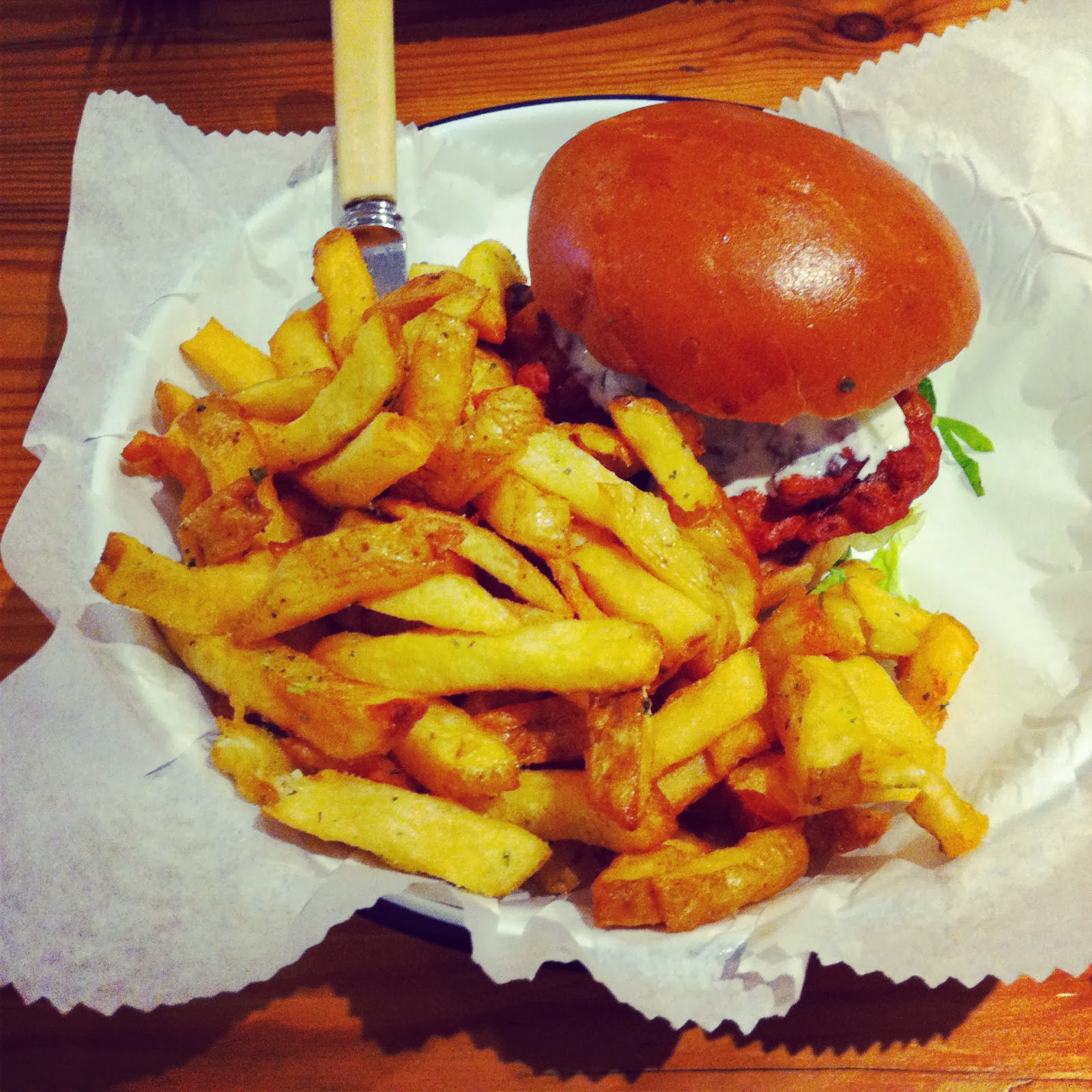 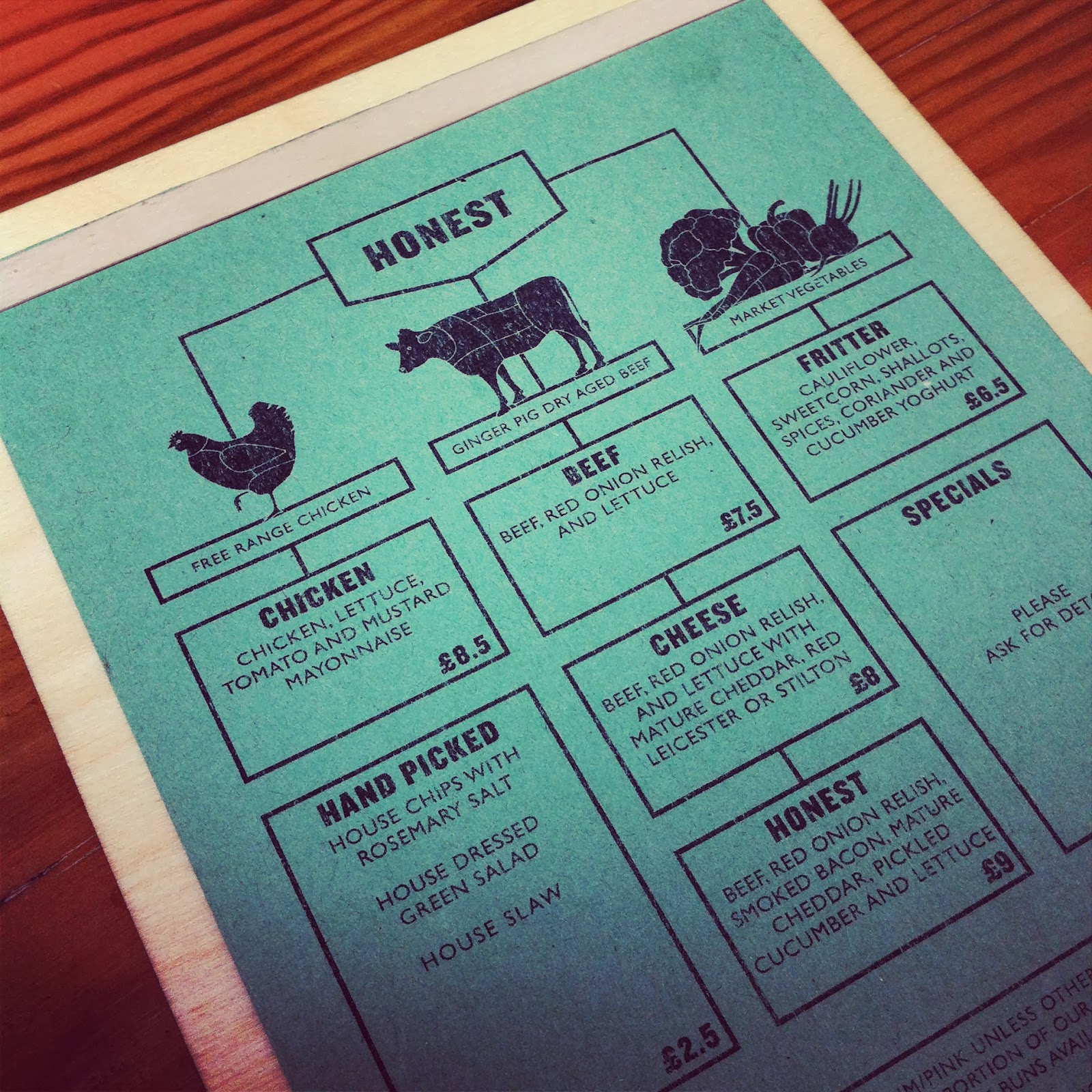 Burgers exploded onto the London restaurant scene in a big way a couple of years ago, a food associated before with late night drunken McDonald trips and a looming obesity crisis suddenly being transformed into an "it" food that Londoners where happy to queue for, if only to find that elusive perfect burger. I didn't manage to escape this craze either despite having to go for veggie options and tried my fair few of the big players in the London burger game. Whether queuing for 45 mins to get a rather greasy burger I could hardly see in the dimly lit Meat Liquor or trying some pop up operation claiming to once again reinvent the humble burger but falling far short of doing so after tasting. Honest Burgers has never disappointed me and in fact provides arguably the best value and quality burger the capital has to offer. Unpretentious and simple in its interior and hidden down a little cobbled alleyway bang in the middle of Soho, Honest rightly prides itself in putting flavours first. All ingredients are top notch quality and though you may not end up with a ground breaking burger concoction, the concise menu delivers on all fronts. For around a tenner you not only get a burger and a damn fine one at that (special kudos for their imaginative veggie burger- cauliflower fritter with cucumber and mint yogurt) but probably the best fries you would have ever had in your life. Am exaggerating? You won't think so once you have tried the crispy, fluffy and well..simply addictive rosemary fries that come served on the side. Honest has managed to survive this culinary trend, coming out on top and rightly so.

For A Meal To WowHONEY & CO. 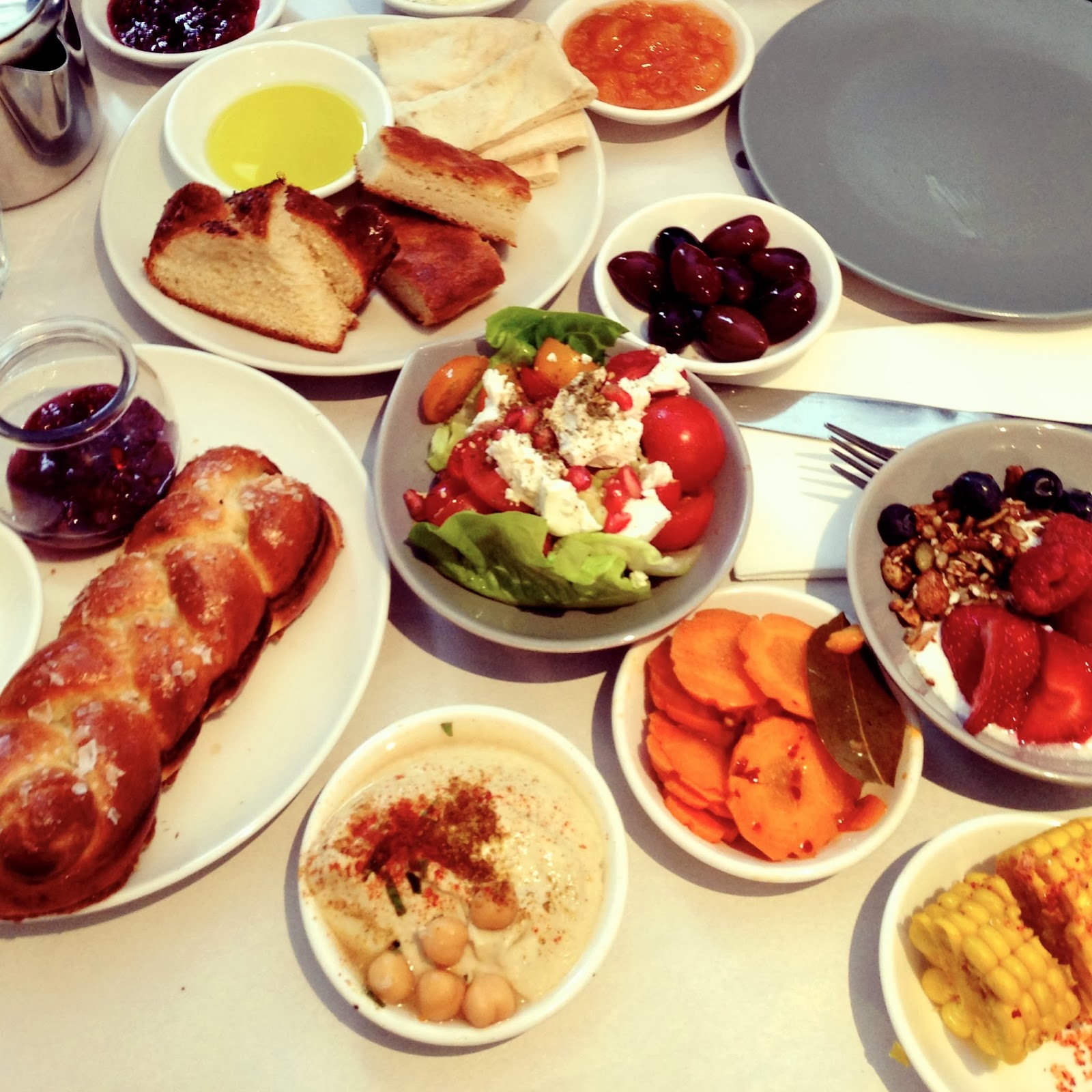 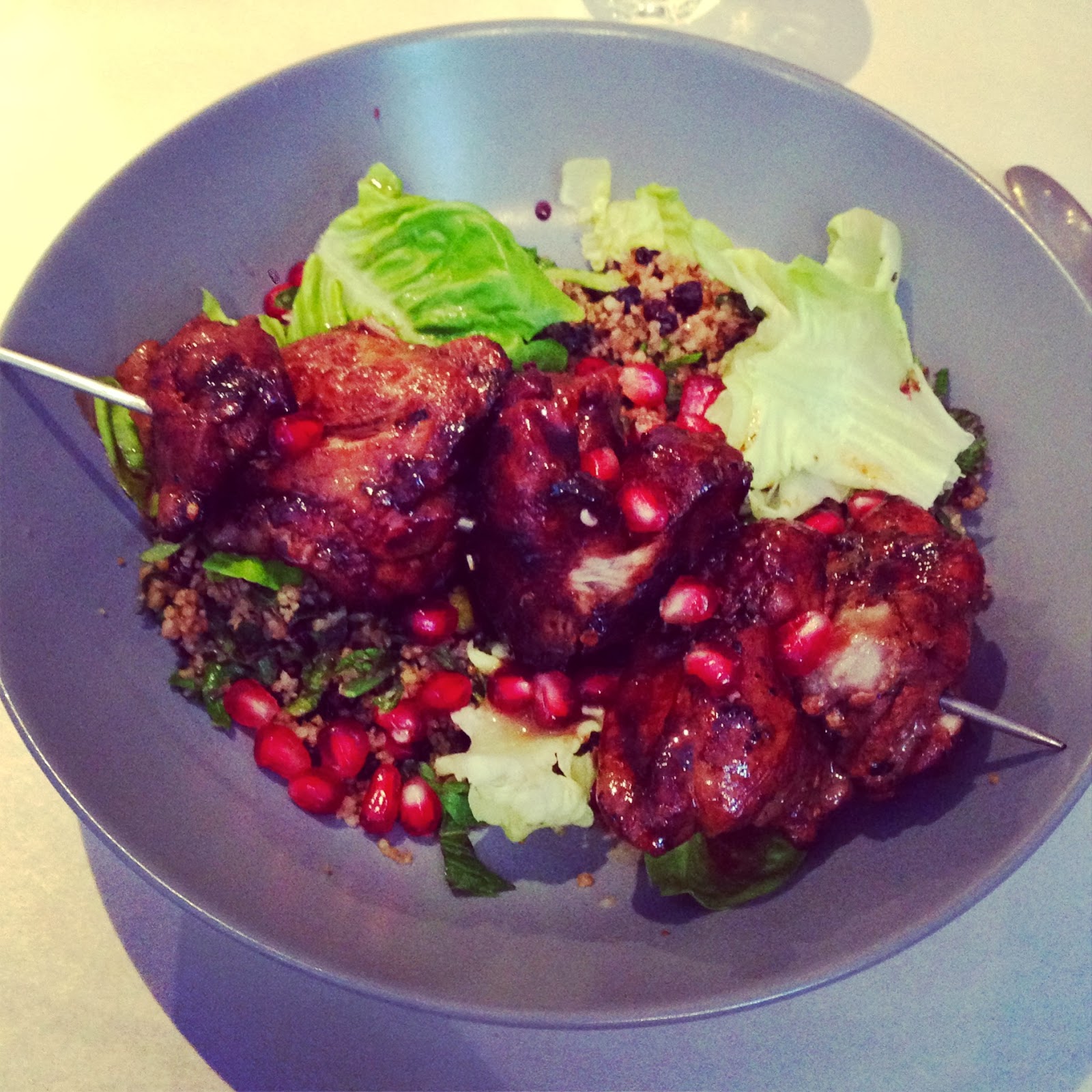 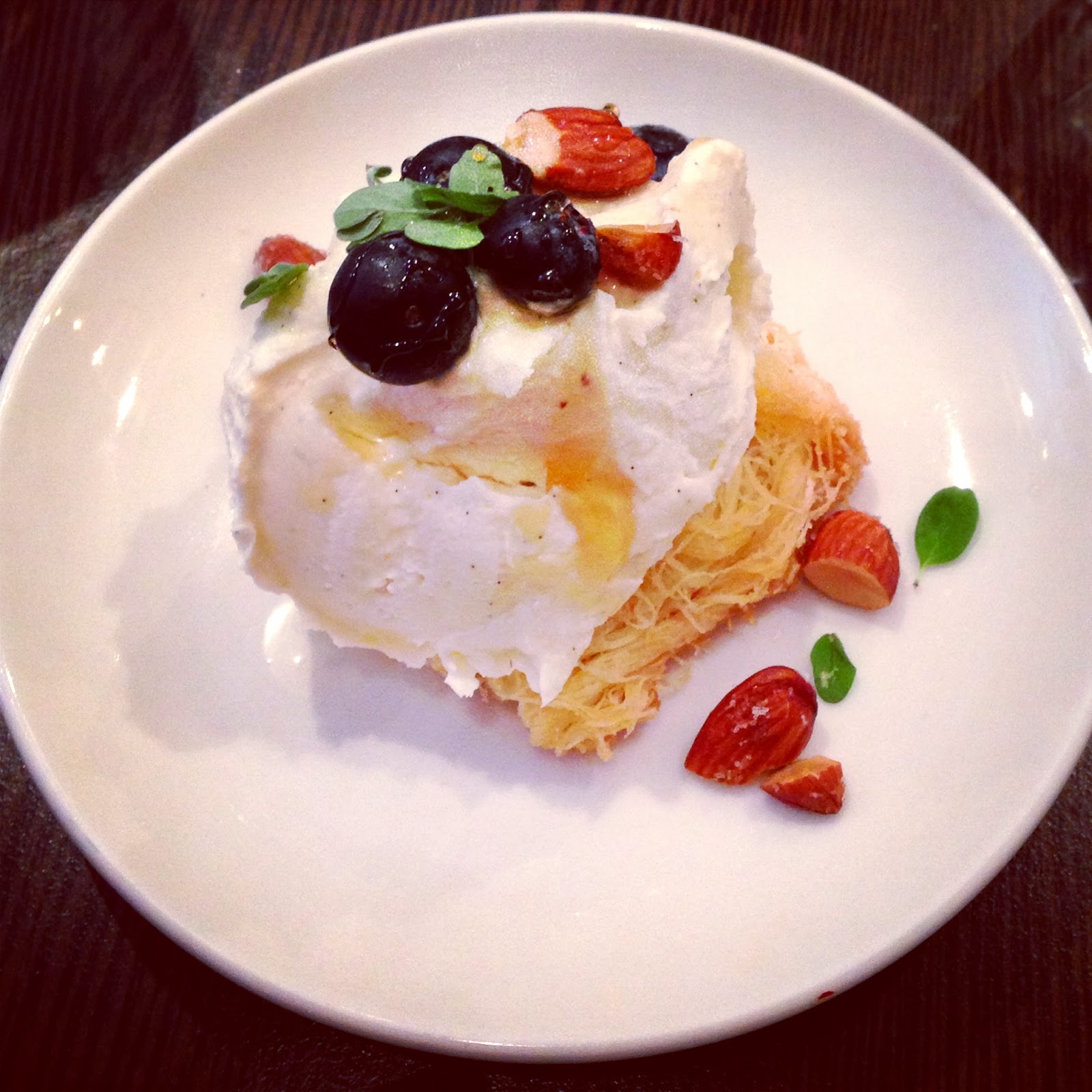 Honey & Co cannot be praised enough. It's one of those places that you visit and in giddy excitement tell all your friends and family about, a place where you plan your return trip the minute you walk out of the door. Why? Well on first impression it may not look like a particularly spectacular restaurant, twenty or so seats tightly squeezed together in an assuming spot half way down Warren Street. However the food served here by a husband and wife duo that learnt their ropes at Yotam Ottonlenghi, is simply put sunshine on a plate. Mixing middle Eastern, Jewish and Mediterranean flavours, every bite you take is a flavour sensation. To start the mixed mezze, part of their three course £29.50 meal that I'd wholeheartedly recommend to anyone, is not only a feast for the eye but a beautiful medley of different flavours and textures, silky hummus, tangy pickled carrots, salads, fresh pitta and crunchy falafel, it is the best of the Middle East spread right in front of you. Mains change seasonally and not only offer a vegetarian's paradise with imaginative and interesting dishes but take simple ingredients and transform them into something quite special, leaving you in awe after each bite. Their food not only looks like straight out of a cookbook but certainly also tastes the part, it's fresh, it's unpretentious and for me what the London restaurant scene should be all about. 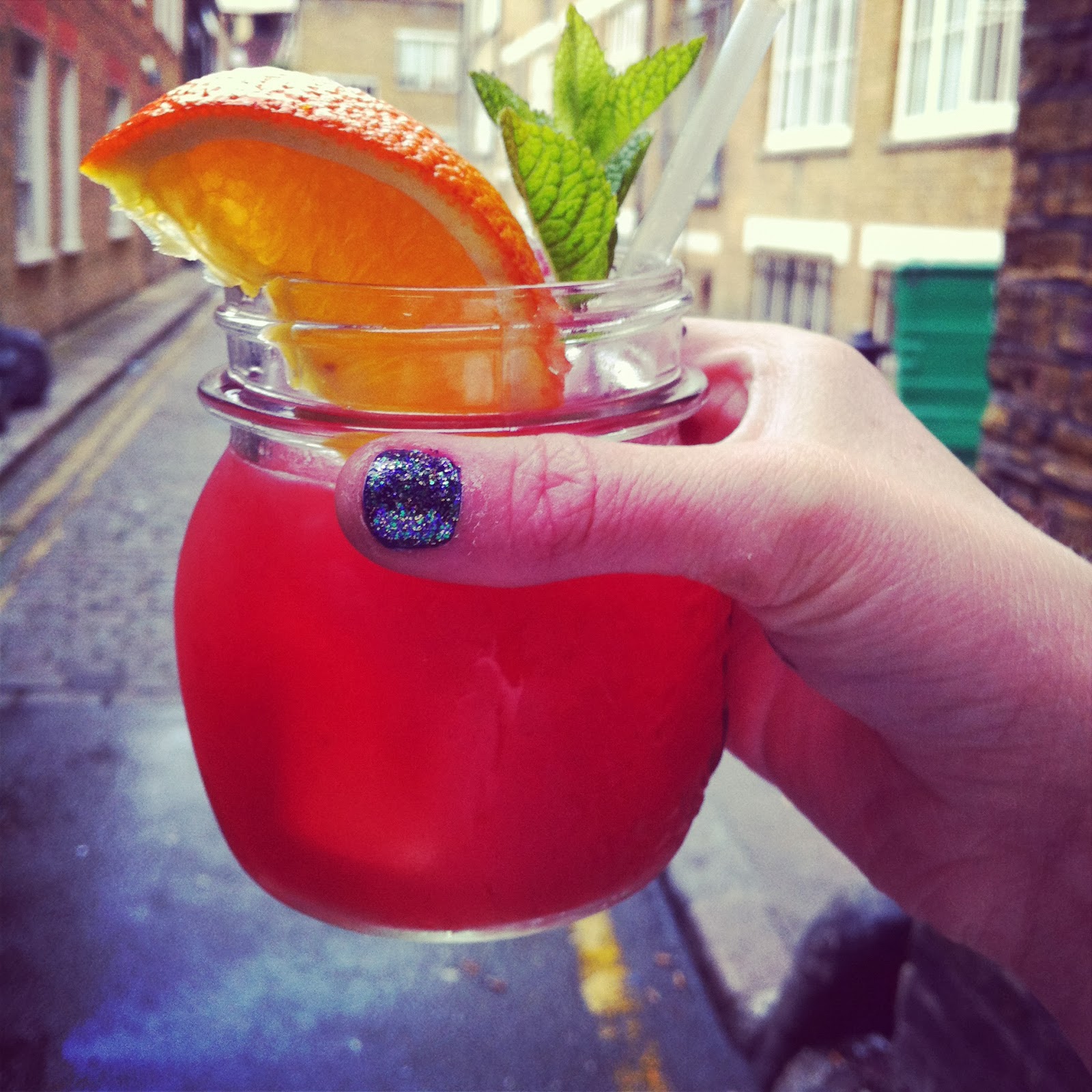 It's far from easy to find a decent priced cocktail in central London and one that has little bit of thought and interesting flavours behind it is barely heard of for under a tenner in this part of town. Bourne & Hollingsworth, hidden at the TCR end of Charlotte street and down a flight of raggedy stairs is one such place, a little basement treasure serving some amazing drinks. It's a place with  many memories for me located right next to the coffee shop Tapped & Packed where I spent a good deal of my university years in, more often or not avoiding uni and along the way making many friends with barristas and fellow coffee drinkers that saw more than one evening ending in a few drinks at Bourne & Hollingsworth. A little bit like a crazy old lady's living room in its interior, think antique and mismatched tables and chairs, crochet table cloths and tasselled table lamps, you can't help but fall in love with its eccentric vibe. The same goes for the drinks that take inspiration from old classics, be it the Knickerbocker Glory pictured above or the Gardener's tea break , a gin concoction served in a tea cup and with a cucumber sandwich on the side. It is a place where every cocktail is an event and where its a real joy to taste your way across the menu especially with no cocktail over £8, a hidden gem worth seeking out.


For A Night Out With A Difference

Going out in central London has never greatly appealed to me, either spending ridiculous amounts of money in supposedly fancy clubs in order to be seen and surrounded by both men and women there for varying ulterior motives or in one of the tourist traps in and around Leicester square where the music is very 90's Euro, the dresses are tight and the heels are high, never enticing me quite enough to spent a saturday night out on town. However there is one night at the Social, a small bar and club 5 minutes walk from Oxford Circus that is not only the exception to the rule to central London nightlife but one of the most unique and fun nights out London has to offer.  Held every Thursday, the Hip Hop Karaoke has an almost cult like status among its frequent visitors. Of course we aren't talking your average and often rather sub-standard karaoke here, no the performers here know and love their hip hop and when they go on stage the whole room joins in because well everyone here loves the music, loves the songs and don't care if you don't, creating an electric atmosphere that you seldom find. It is not strictly club but everyone is dancing and singing along to each song and one cannot help but get completely immersed. It's £5 entry, the drinks are good and the crowd and performers are freaking brilliant, it's a night that for a reason has been going for over 6 years now and one that will see you return.

This post is so informative and we would love to see more similar posts! :)
thegirlsnextdooruk.blogspot.co.uk

Scandinavian food is my favourite food, even I love all kind of food if well prepared! And I can confirm that this adress is very precious one :)
And for the others I'll check it very soon thank you :)