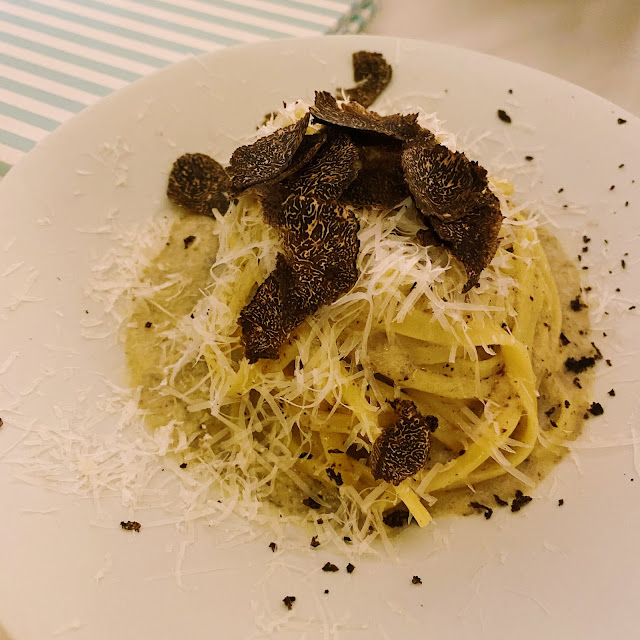 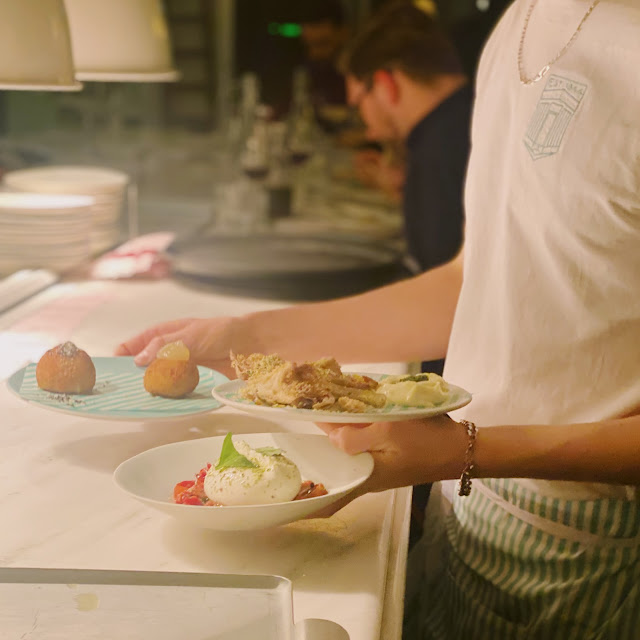 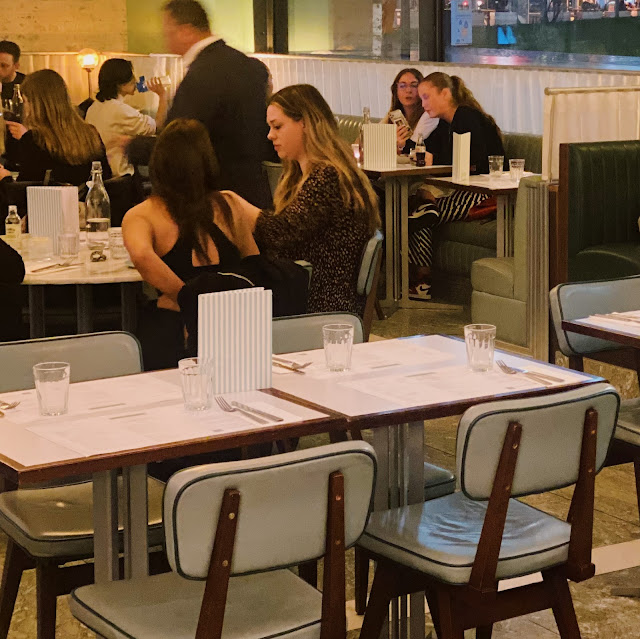 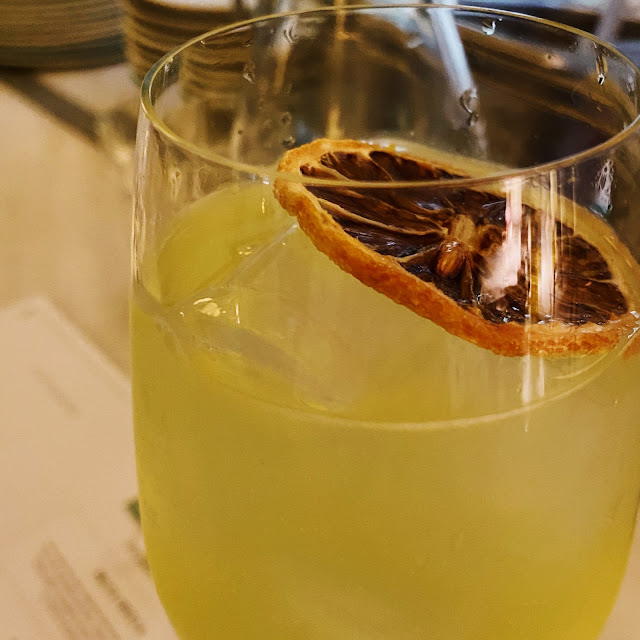 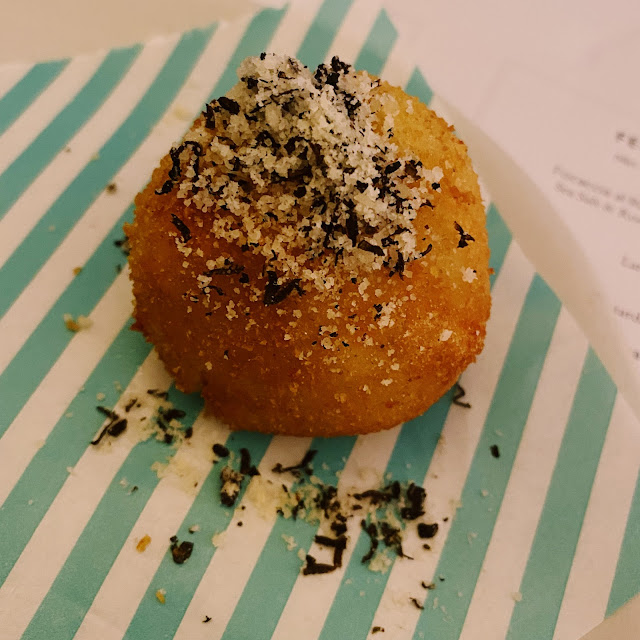 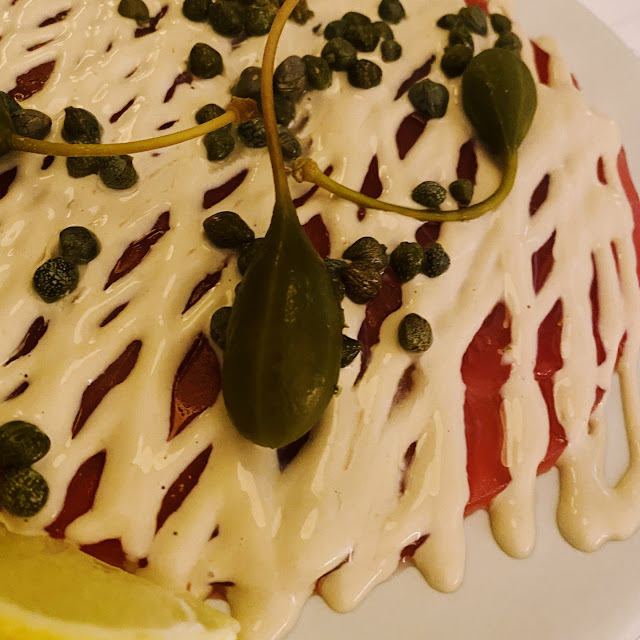 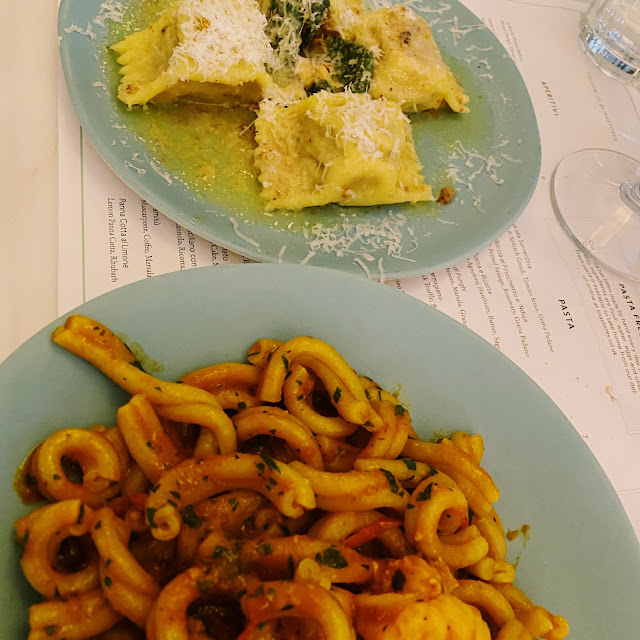 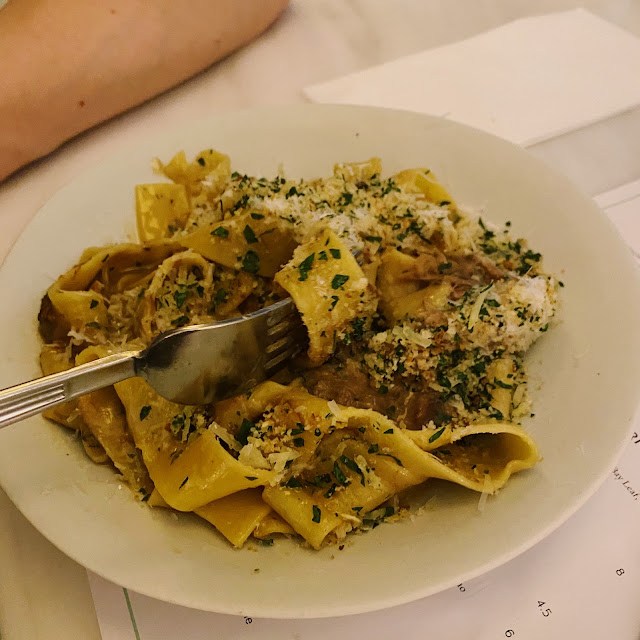 O M G! Finally a restaurant review on this blog again!!! I promise these will make a much more regular appearance (alongside travel guides) this year now that I have settled into my new job.
I know there are a lot of awful things going on in the world right now and writing about good food and restaurants feels strange and a little bizarre but I hope this blog will offer you a little light relief once in a while in a world that is dominated by a lot of doom scrolling.
Anyways I will keep this review brief as I am still in the midst of wrapping ups fashion week things but saying that we know I love an essay!

Lina Stores started trading many years ago as a much loved deli in the middle of Soho, famous for its minty interior colour scheme, Wes Anderson-esque aesthetics and fabulous food selection.

They then, thank god for all of us, decided to branch out into not only selling food but also serving and cooking it and opened their first restaurant, also in Soho.
This restaurant was much hyped and on my list to eat at for ages. I never managed to get a reservation and then the whole Corona thing happened and I thought I was never going to make it there.

Good thing then that their first restaurant proved so popular that they went ahead and opened a second branch in the ever changing and increasingly hip Coal Drops Yard's area of Kings Cross.

I never really venture into this area (apart from when I have a sudden craving for one of Sons & Daughters truffle crisp and miso egg sandwich for which I will literally walk an hour, it is that good), but it's actually turned into such a great little area by the train station.
It's not too busy for London standards but has a great selection of amazing restaurants and shops and is still under the radar enough that my favourite dining out partner in crime, Henry, and I managed to score a prime time Friday night reservation and we went on to have quite the brilliant dinner!

In fact, I would go as far as saying that they serve the best value and quality pasta in London, in a chic yet fun and very photogenic environment.

The King's Cross location carries on the retro minty tones and aesthetic of the original deli and the spacious dining room has a wonderful buzz about that makes you almost feel like you are in the middle of an Italian city like Milan or Rome.

We perched on one of their bar seats, able to watch the chefs work their magic in an open plan kitchen, which I always adore, though there were also plenty of seats and tables for bigger groups, making it a perfect venue for a group celebration as well.

The star of the show at Lina Stores are most definitely the pasta dishes which take over most of the menu, though we also had bunch of wonderful starters - the tonno tonnato, raw tuna, capers and anchovy mayonnaise standing out especially in its freshness, flavours and generosity of serving size.

This generosity also applies to their pasta servings, no measly 4 spaghetti strands one can get at some hyped but overrated pasta spots (not naming names), at a not so measly price tag, but proper portion at fantastic prices.

We went all in and shared 4 pasta dishes between us as mains which was greedy but definitely worth it, with the plates ranging from £11 for an out of this world amazing truffle pasta, 30-Egg Yolk Tagliolini with black Truffle, butter, Parmigiano Reggiano to be precise, to a mere £8 for a big plate of the most amazingly fluffy pumpkin & ricotta Agnolotti with hazelnuts, butter, sage and Grana Padano.

Our hands down favourite dish however was the Casarecce alla Calabrese, short cut pasta, juicy prawns, Calabrian chilli and tomato, essentially simple in it's ingredients but in its execution simply stunning and of the sort of quality I've only really had in Italy and a dish I won't forget in a hurry.

We were off out for a few cheeky cocktails at the Standard hotel after so skipped the dessert but I would love to try their take on one of my favourite sweet baked goods, the humble Sicilian cannoli, WHEN I return, NOT IF I return because I truly fell head over heels for Lina stores.

Wine was also great and affordable and my limoncello spritz to start could definitely become a new cocktail favourite for summer.

All in all my trip to Lina Stores was a much needed fantastic meal out that made me realise how magical a great restaurant can be! Get yourself down there, forget the terrible world we live in for an hour or two (because that is allowed) and eat all the pasta. You won't regret it.