I know it’s a bit basic but I LOVE anything truffle flavoured. I know this fancy type of mushroom tends to divide the people with its unique earthy notes, but for me when truffle is on the menu I simply have to order it.

More often however than should be the case, what ends up getting served in front of me turns out to be a real disappointment, indeed not tasting of truffle (or very faintly) at all. After years of searching I have, however, found some real standout truffle dishes in London which I can guarantee will satisfy any truffle lover’s cravings! Have you tried any of these or am I missing any hidden truffle gems? This girl’s mission to keep on eating truffle in any shape or form is sure to continue… 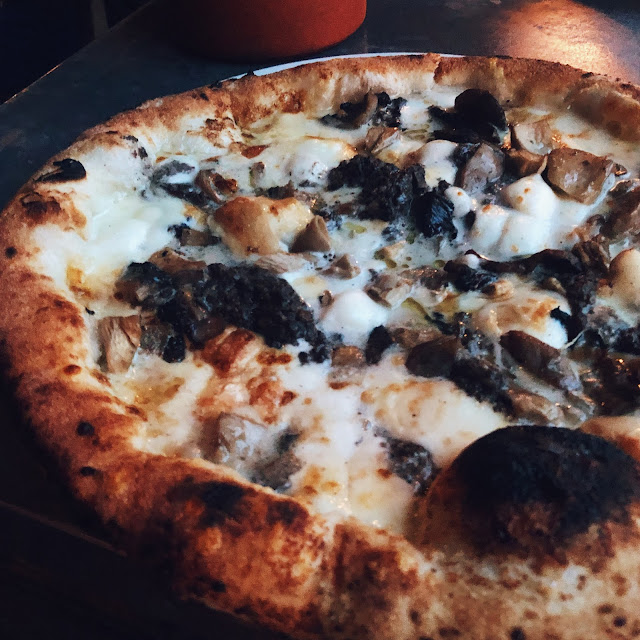 Pizza East has been a reliable East London dinner spot of mine for many years. Soho house run, you always get amazing service, top quality food and a fun dining environment. It’s the sort of place fancy enough to take your parents to but cool enough to start a Friday night out in East London, serving reliably good cocktails and decently priced wine, and I am yet to eat badly here. The mac n cheese is worth commending, the best one I have had out (nothing will ever beat my homemade fig, rosemary and blue cheese mac of course), all cheesy gooey goodness and presented in a rather chic iron skillet, but the real star of the show here is their exceptional truffle pizza.

I have had many so called “truffle pizzas” that merely tasted like some cheap truffle oil had been hastily drizzled on top in the end, if even that, sometimes they just tasted like a plain old cheese pizza, but Pizza East’s version ticks ALL the boxes. It is simplicity at its best – four cheeses, a perfectly bouncy dough with a thick and slightly charred crust and fresh black truffle shaved on top. It’s pizza truffle perfection and for £12 it is also an absolute steal. A long-standing favourite that never loses appeal. 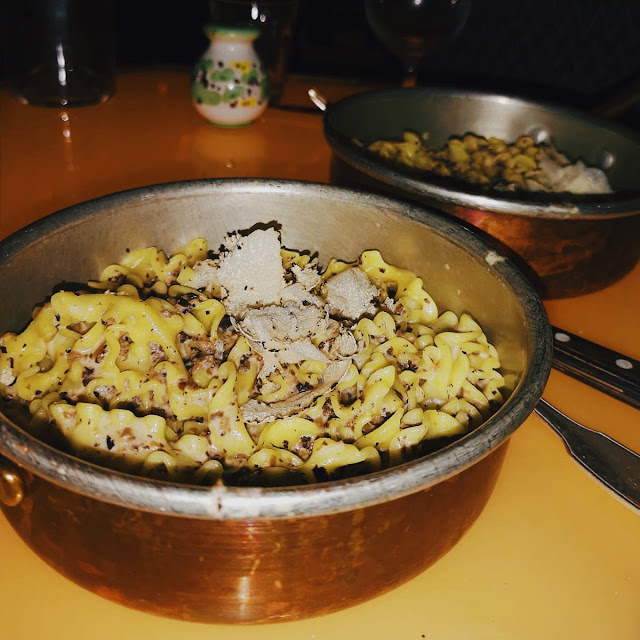 I have sung the praises of this pasta, first enjoyed at Gloria’s sister restaurant Pink Mamma in Paris, many, many times and there is not much more to add. If you want heaven in a bowl order this. Yes, £18 isn’t cheap for pasta but you are also eating at the undoubtedly coolest restaurant in London right now (more on that here) and it’s no ordinary bowl of pasta.

We are talking fresh mafalda pasta, a sort frilly ribbon linguine, in a mascarpone sauce with lashings and lashings of black Molise truffle, so much full on truffle flavour that one is ready to go into a truffle induced state of happiness. I could eat this by the bucket load but be warned this REALLY is only for real truffle lovers and could be slightly overpowering to some. I for one have been dreaming of eating it ever since my last visit. An iconic dish that is worth every queue and one you will never forget sampling for the first time. 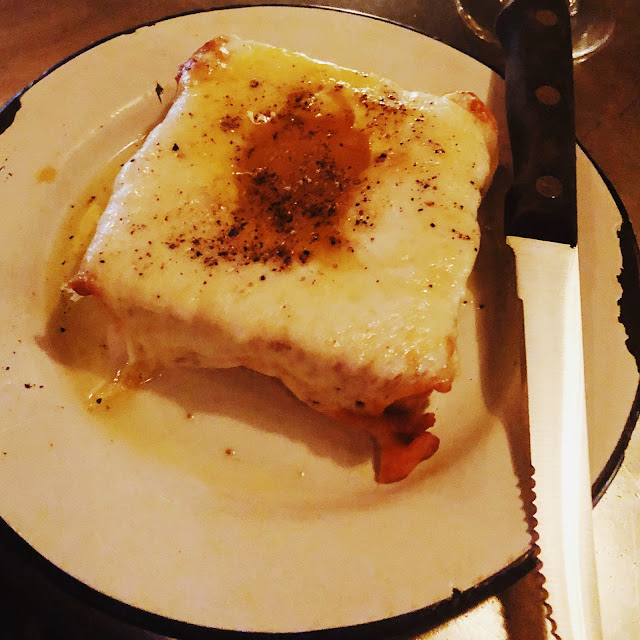 This is my ultimate truffle comfort food and never fails to put a smile on my face. Spuntino of course used to my favourite hipster dive bar and small plates restaurant back in my university days. It really used to be the coolest spot in town (with the hottest barmen who I shamelessly and unsuccessfully tried to flirt with for free drinks) and you were lucky if you managed to score a stool around their bar in under an hour. Of course, as time has passed it was inevitable for Spuntino to start appearing in tour guides as “hip spot to visit” and for new places further afield and away from the tourist masses to open, making it less of a dining and drinking destination than it used to be. Silver lining: they still serve the great American comfort junk food with slick edge that I loved so much all those years ago but without the queues and if you get on board with the slightly less “cool” crowd it is still a fab place for a late night dinner in Soho as they are open until 1 am.

The menu has pretty much remained the same which is no bad thing. Their PBJ dessert (peanut butter ice cream “bread slices” sandwiching berry compote) may have gotten a lot smaller and more expensive but I am happy to report that the real star of the show here, the truffled egg toast, is as good and utterly indulgent as it was when I first tried it. Picture a thick slice of fluffy white bread, hollowed out in the middle to house a gooey egg yolk, drizzled with truffle oil and topped with lots of amazing stringy cheese. It really is obesity on a plate but boy is it worth it, combining basically all the bad / good things in life – carbs, cheese, truffle and eggs. It will fix a hangover, it will line a stomach ahead of a night of drinking, heck I’d even say it would meant a broken heart, it is that comforting and THAT good. Just don’t think about the calories you are consuming via one slice of toast, after all a little indulgence is part of life! 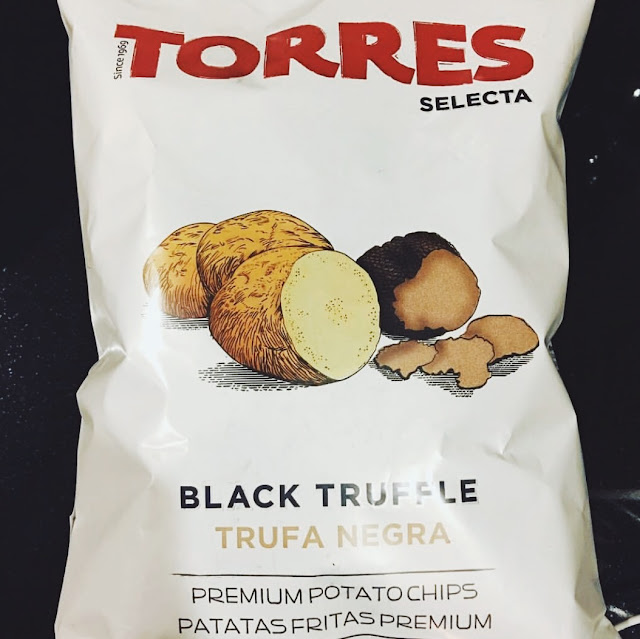 As all my good friends know I am a bit of snack fiend. Friday night drinks for me are never complete without an array of yummy nibbles and I am not talking your average Pringles and doritos! There are a lot of crisp brands that have jumped on the truffle flavour band wagon but really have produced crisps that tastes nothing like real truffle (yes looking at you M&S and Tyrell’s!) but Torres’s offering has never failed to deliver. They are a bit of a treat, costing between £3-5 depending on where you find them, but OMG are they worth it. Perfectly crunchy potato crisps with deep truffle flavour, they are snack tray luxury I always get for special occasions and cannot recommend enough!
Posted by Stella's wardrobe at 09:44