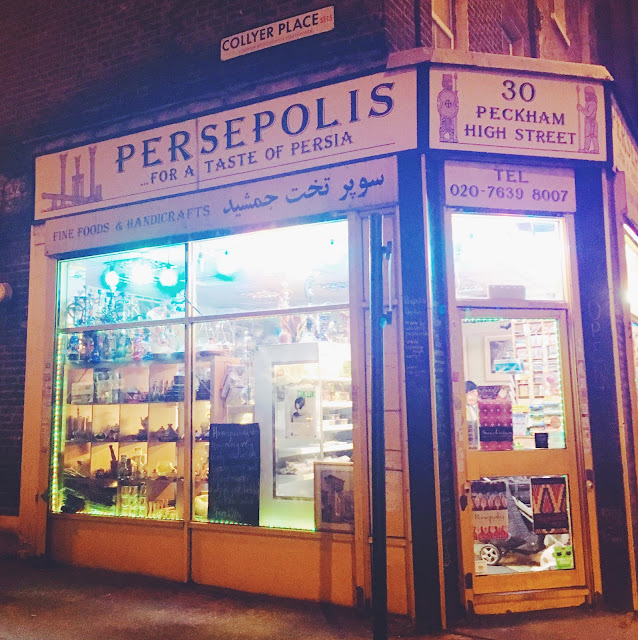 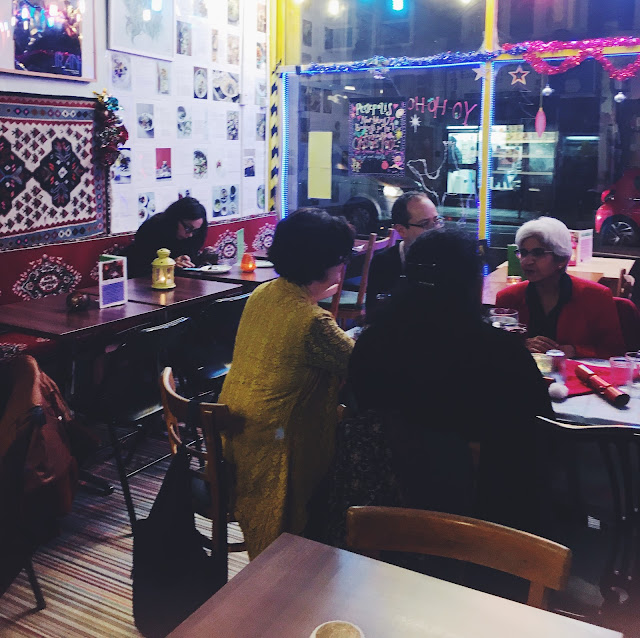 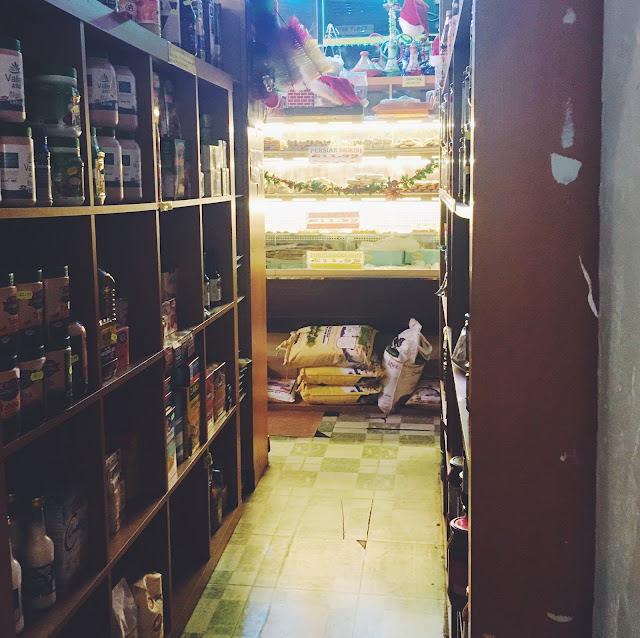 For me finding an outstanding place to eat isn’t about the Michelin stars it holds or if there is a celebrity chef in the kitchen. No, for me it is much more about a restaurant offering something unique, showing a real passion for food and most importantly somewhere that leaves a big fat smile on my face after I’ve eaten there.

Well I can safely say that Persepolis managed to do all of the above in the most bonkers and wonderful of ways, making it one of the most unique, warming and unforgettable dining experiences I have had in a long time.

Of course Persepolis isn’t a new kid on the block, indeed Sally Butcher has been cooking up her Persian and Levantine inspired cuisine with a Peckham twist for a good decade or so now, but I had never quite made it there although through word of mouth it had been on my to try list for quite some time. A good thing then that I was encouraged to leave my east London bubble for the day to play host to my wonderful friend Emmi from Helsinki and made it my goal to show her a few new spots rather than take her to one of my tried and tested favourites.

After a day of playing (none cliché) tourists in London which included us seeing the fantastic Basquiat exhibition at the Barbican, having a stroll around West London and buying some ridiculously overpriced but beautiful sweet treats from Fortnum & Mason, we headed south for our 6:30pm reservation (because HOORAH they take bookings here). With a little bit of time to kill before we also stopped by Bar Story, another south of the river spot on my to try list that I had been to lazy to make it to, which not only has a rather fantastic happy hour (2 cocktails for £8!!!) but a seriously cool Brooklyn-esque vibe and is somewhere I definitely want to revisit for an extended weekend cocktail session.

With our dinner reservations quickly approaching on this occasion however we quickly finished of our perfectly made amaretto sours and headed towards Persepolis. Have I mentioned the other major bonus of this place yet? No? Well it also happens to be BYOB which for an eternally broke millennial like me (must be all the smashed avo and flat whites) it is basically like winning the lottery especially when you can easily spend over 20 quid for a bottle of house wine in London. Bearing this in mind and classy as I am we headed to the Iceland on the way and picked up a bottle of fizzy rose (though as I later found out to my dismay there is also a Lidl right next door to Persepolis which would haven been even cheaper and better in its booze selection but a girl can’t know everything) and were more than intrigued what this place was going to be like.

I am not going to lie Emmi was left a little perplexed when I pointed out Persepolis in the distance. Why? Well it looks like your run of the mill slightly shabby Middle Eastern corner shop that you’ll end up going to at 12 am at night when everything else is shut to pick up drunk snacks or fags - not exactly a place where you envision your Friday night dinner. Which makes this place so utterly utterly brilliant and bonkers in my eyes. It’s a proper corner shop and deli with a lot of
decorations (even more so with added Christmas ones) and a few tables crammed at the back for diners. Sally literally cooks up the dishes next to you as if you are right in her kitchen and as you walk to the toilet you pass a few random men in the back playing cards. It might not be be everyone’s cup of tea, especially if you love fine dining, but for me this was food and dining out is all about - a unique,
Warming and completely immersive experience that quickly made us forget we were next to a Lidl in Peckham and saw Emmi’s initial doubts disappear in minutes.

Service was equally charming and off beat with our waitress sporting a pair of blinking Christmas light earrings and recommending us to go for their sharing menu. With every served here vegetarian and most things vegan we were more than happy to go with her recommendation and leave the food selection served up to us up to Sally herself! And what a right decision it was! Course after course of deliciousness followed, leaving us absolutely stuffed for a mere £17.5 each!

Purist May Say the food here isn’t 100% authentic but for me that is no issue, what you get to taste is Sally’s wonderful interpretation of Persian food and damn she does it well. First things first we were served a fragrant soup with yogurt and bread before a massive mezze style platter arrived, featuring falafel, savoury pastries, hummus and all sorts of veg arrived, served with more amazingly fluffy bread. Next up another highlight of the meal (of course there were many) - honey and sesame glazed halloumi which without a doubt was one of the best halloumi dishes I have ever had, struggling to share the portion on this occasion. This was followed by a sort of main or savoury finale of a fragrant and warming vegetable hot pot served with rice and salad. Though it sounds like a lot of food everything was perfectly portioned and so fresh and wholesome that we thankfully had enough space left for dessert! And what a dessert it was, a huge plate filled with all kinds of middle eastern sweet treats- from baklava to Turkish delight to a beautiful vegan ice cream drizzled with pomegranate. It definitely finished us off with us struggling to fit any more in our tummies but wanting to at least try a bite of everything, indeed a real taste revelation as neither of us were familiar with many of the sweet offerings on the plate.

What can I say about Persepolis? It provided me and Emmi with an unforgettable evening filled with amazing food and I already can’t wait to show this utter, utter London gem to more of my friends. It’s not always about the newest place in town, this place has stood the test of town and better stick around for a few more decades to come. 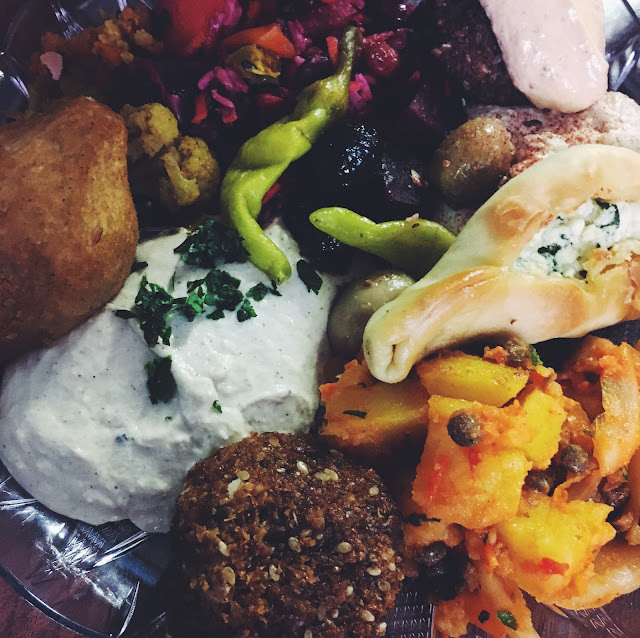 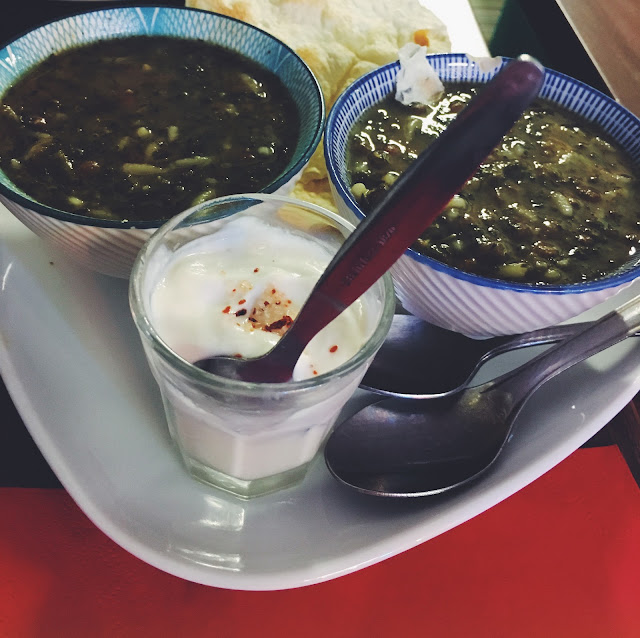 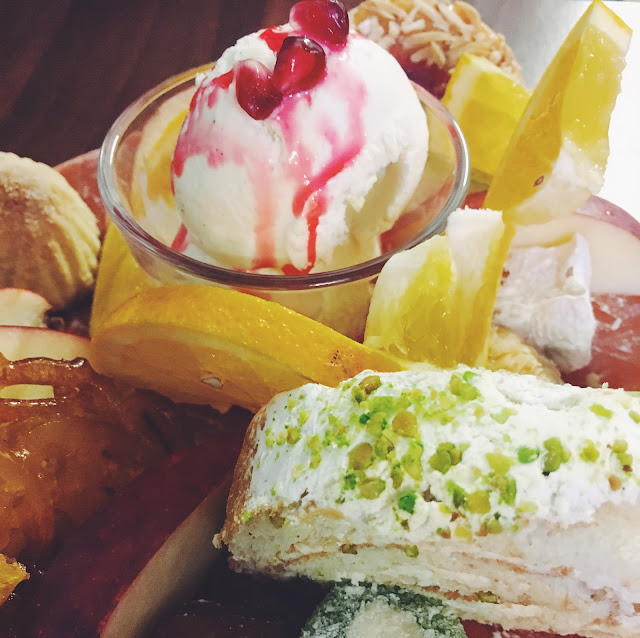 Its a nice Shop. You need anything about food and some useful product you can get form there. And also you can get more information about that denver divorce lawyer . if you want you can check my site.

It’s really a great and useful piece of information. I’m glad that you just shared this helpful information with us.
Please stay us informed like this. Thanks for sharing. ??

Nice article. Waiting for your next article. Thank you.
Vmware Workstation License key