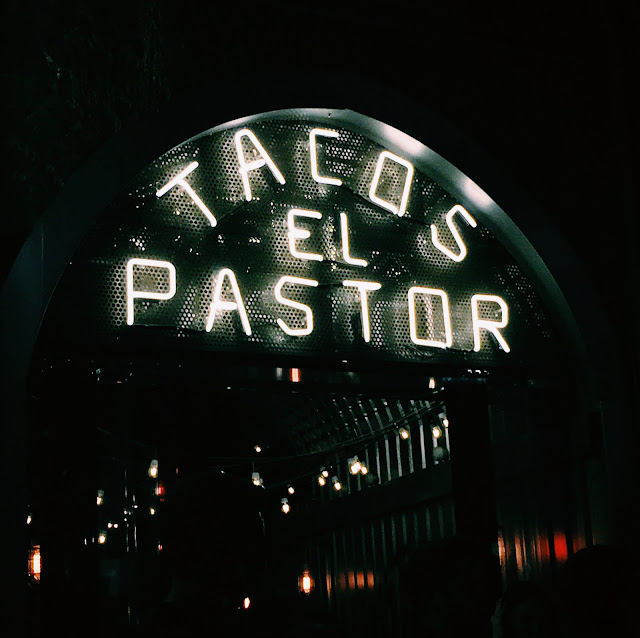 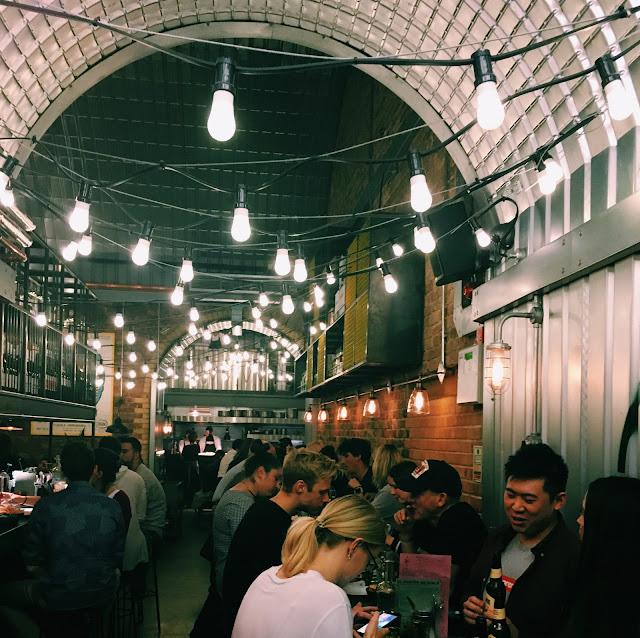 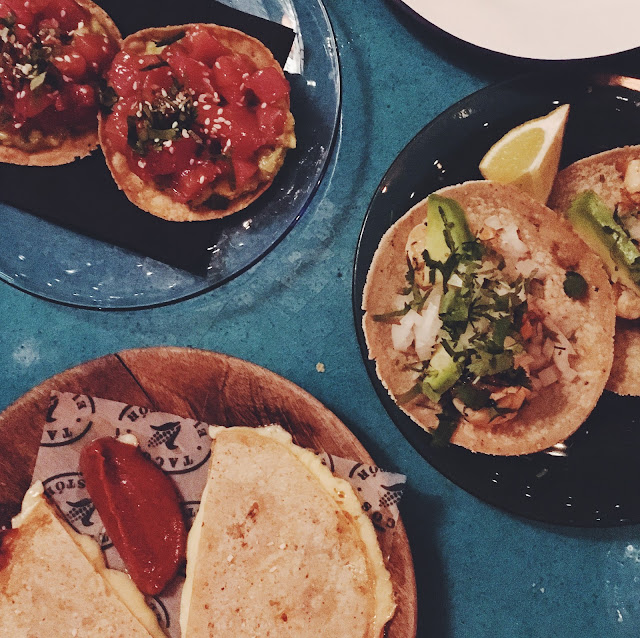 El Pastor had been on my list of eating out spots to try for quite some time, coming highly recommended by a couple of my fellow foodie friends who hailed it the best Mexican in town. Of course, Mexican food as a whole is not that easy to find done well and authentically in London, particularly when you compare it with what for example New York has to offer when it comes to this cuisine which made me even more keen to try this place.

And try I did on several occasions but somehow always failed to actually sit down and eat at El Pastor. Sometimes this was due to sheer laziness, it being located bang in the middle of bustling Borough Market by London Bridge, just that teeny tiny bit too far for a lazy East Londoner like me to venture to, particularly knowing that there is ALWAYS a wait for a table, and sometimes it was sheer bad luck like the time me and my equally taco loving friend Charlotte made the journey to El Pastor on a Friday night just to find that the restaurant had closed due to a power cut. Though our evening still ended up being pretty fun (and very drunken) when we made friends with a middle-aged couple over tapas at Tapas Brindisa, we were left determined more than ever to finally eat at El Pastor and made plans to return a few Fridays later.

Not that this occasion went without a few glitches either- Charlotte was stuck at work so that I ended up with an hour or so to kill. I did make the most of the time though, putting our name on the waiting list and, like the independent lady that I am, going for a solo cocktail at another favourite of mine, London Grind. A major plus point at El Pastor indeed is that although there will always be a wait, the restaurant is housed in small former railway arch and it is far from an open secret that the food here is fantastic which means lots people wanting to eat here and not so many tables, you are able to give your mobile number to the helpful hostess at the front and receive a text once your table is ready which means thanks to modern technology no annoying waiting in a queue, instead being able to use the time to explore the array of amazing little wine bars and pubs that can be found in and around Borough market.

In any case just as my phone beeped, letting us know our table was ready, Charlotte had arrived and safe to say after all the effort that went into coming here we were more than ready for a cocktail. We of course couldn’t help but go for the classic here, a margarita on the rocks, which was served to lethal perfection and was way too easy to drink, so easy in fact that before we knew it we had had four (!) each. The rest of the cocktails sounded equally enticing, offering a Mexican twist on mixology classics, and I would definitely try their take on an Espresso Martini, the Espressial, comprised of tequila, coffee, ancho reyes and chocolate, next time. On this occasion however we stuck with the margaritas and washed down our first round with a side of their freshly made guacamole and tortilla chips while we studied the rest of the menu. Now I make a pretty good guacamole myself so this guac didn’t blow me away but it was well seasoned and came with homemade tortilla chips that definitely beat packet ones. The menu as a whole is very much small plate based, is designed to be shared and accommodates none meat eaters like me very well with a great selection of veggie and fish dishes. There is almost too much to choose from and not being very hungry on this occasion we only sampled a few dishes, though those we did sample were enough to justify the high praise that El Pastor enjoys.

The stand out dish of the evening was without a doubt their sesame tuna tostada, the finest tuna tartare with avocado served on two crisp tortilla rounds, and had we known just how fantastic these were going to be we would have definitely ordered a portion each rather than share the two. The cheese quesadilla was perfectly fine but unremarkable, to be fair a quesadilla rarely is more, and I absolutely adored our spicy prawn tacos topped with juicy prawns and white onion. Although we only sampled a small section of the menu the flavours and seasoning were so on point and fresh that I was already mentally scheduling a return visit even before we had cleared our plates.

There was of course one major plus of not eating too much from the savoury part of the menu- enough stomach space to try their, by now infamous, take on the classic Bounty bar, two little square pieces of heaven made from dark chocolate, coconut, sour cream and lime zest so wickedly delicious they basically disappeared in a few spoonful between us.


The one lesson I learnt at El Pastor?! Don’t try and share because what is served here is too bloody brilliant to event attempt such amateur behaviour! El Pastor, I will be back even if there is more drama along the way! 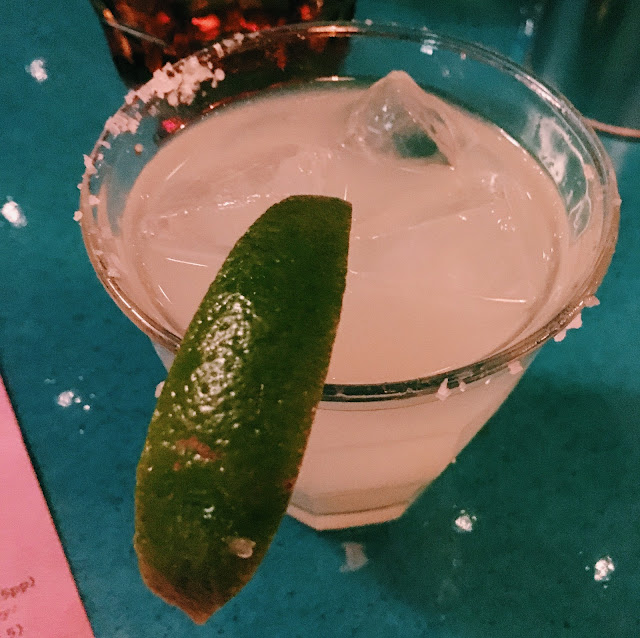 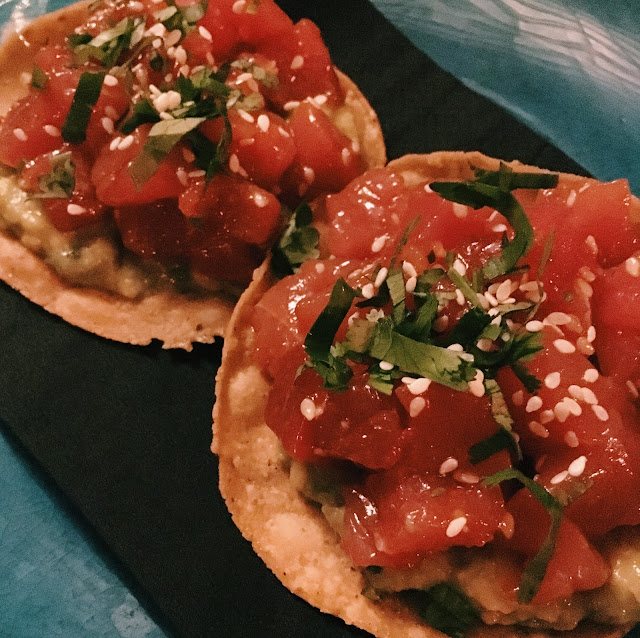 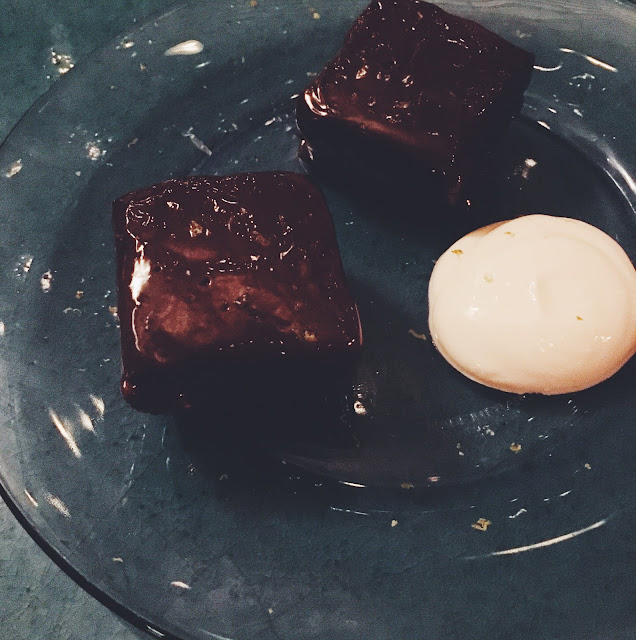 Love it! The red color is so great!!
instagram viewer

Mirillis Action 2.7.2 Crack
Mirillis Action 2.7.2 Crack is a multidimensional and powerful screen recording software that gives you to capture facility to you see on your desktop screen. It gives you everything you need to record and stream gameplay. With high-quality video and plenty of tools, it’s hard to find a more comprehensive software package.
http://productkeypro.com/mirillis-action-2-7-2-crack/

Great Article Thanks For This Great info
http://crackjunkie.com/vectric-aspire-latest-version-free-download.html

Net Monitor for Employees Professional 5.5.4 Crack
So nice and amazing article thanks for sharing nice blog

Itranslate Mac
It's amazing blog thanks for sharing nice information

Element 3d Crack
It is the best blog site. Its looking is so well and so amazing

An interesting blog where from I collect the guidance of making different dishes at home.