3 DAYS IN HELSINKI - A GUIDE 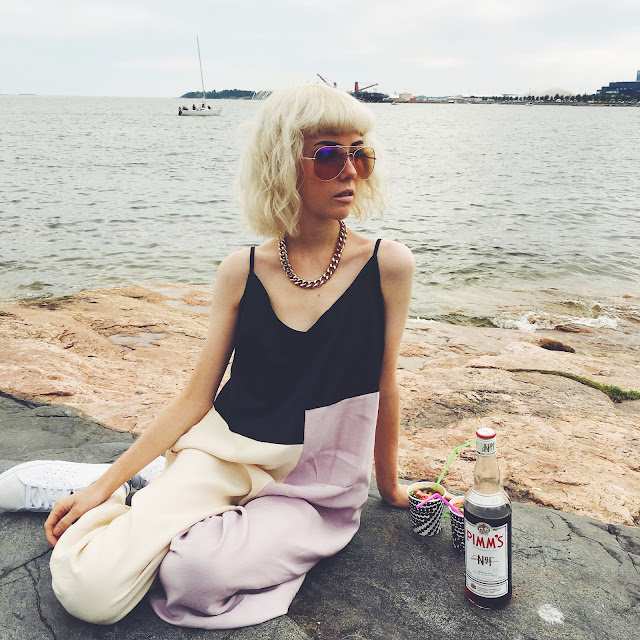 European city breaks are a great way to escape the everyday slog of work and discover the smells, foods and entire atmosphere of somewhere completely new in a matter of days with just a short plane ride involved.  I've seen a few places that way in Europe in the last few years and Helsinki, the capital of Finland, had been on my list of destinations to spend a long weekend at for a while.

Why this slightly off the wall choice? Well a previous and not very well remembered visit there kind of inspired a return. I am a quarter Finnish and at the tender age of 7 was dragged to Helsinki to visit my grandma. I don't really remember a lot about the trip other than being very upset about dropping a half eaten Magnum accidentally on the floor (somewhat foreshadowing my still strong feelings towards ice cream) and left me thinking it was about time to give Helsinki another go considering that I wasn't quite old enough to appreciate its finer cultural aspects that time.

Another reason for my visit was that Helsinki is also home to one of my favourite travel companions and friends, Emmi, who I was lucky enough to go to New York with a few months ago and who had always been keen to show me how this relatively small capital city was slowly transforming into another super hip Scandi metropolis much like it's neighbours Stockholm and Copenhagen (an opinion that The New York Times seems to share).

With such a great guide at hand with Emmi, who also kindly let me stay in her amazingly located studio in the middle of the city, I really had no excuse to not visit and quickly booked a flight while Finland's famous summer, the sun doesn't set till around 10 pm during this time, was still in full swing.

I may have only spent 3 days in Helsinki but they showed me that this place has a lot to offer and even more to come in the next few years. Yes, it may be far from cheap (bring some duty free alcohol as drinking out here is seriously pricey) but this city is beautiful, the people friendly and the setting of sipping an Aperol Spritz whilst enjoying the pink sky over the Baltic Sea something that I won't forget in a hurry. Below a few of my favourite places that are unique to Helsinki and make me want to go back already. London may be bigger and louder but I did leave a little bit of my heart where a quarter of me stems from.


THE PLACE TO GET A CINNAMON BUN @ CAFE ESPLANAD 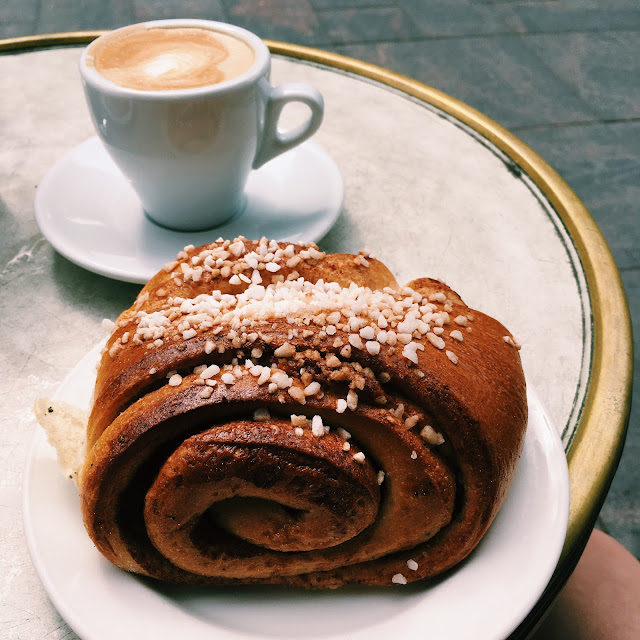 Cinnamon buns aren't exactly hard to find in Helsinki, heck it is after all one of their most famous foods, but that doesn't mean that all of them are good. Yes, this place isn't hip or cool and yes there was a big group of obnoxious American tourists, guidebook in hand, next to us chomping down on their buns and prawn salads, but this place is somewhat of a Helsinki institution when it comes to baked goods and rightly so. Being approximately the size of my head, their cinnamon buns are gooey, cinnamoney and everything you'd ever want from a bun. Not all restaurants have to be super hip and exude an air of nonchalant pretentiousness to be good and Cafe Esplanad has rightly been serving locals (and their parents) for many years and will hopefully continue to do so for a while to come. 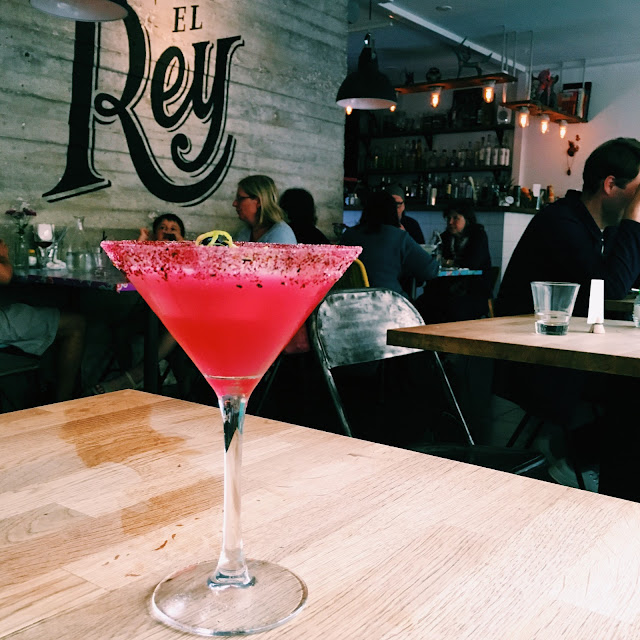 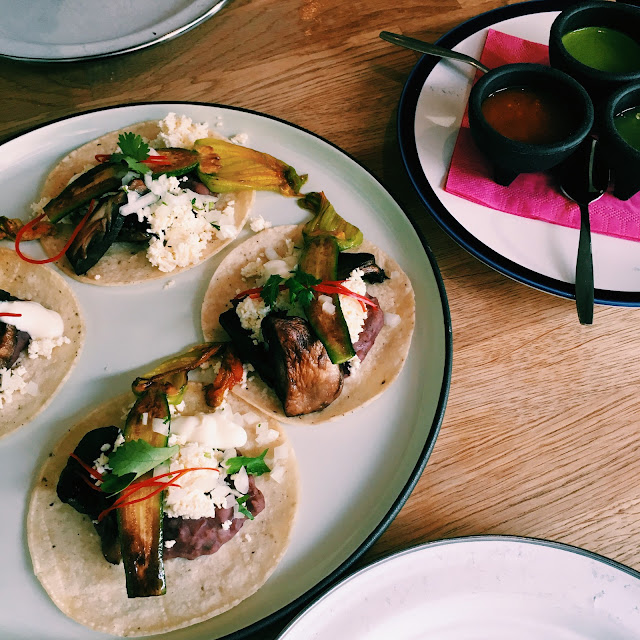 Being one of Emmi's favourite eating spots, El Rey was right on top of my list of places to try on this trip and it certainly did not disappoint. It may sound strange to find a truly amazing Mexican in Helsinki but the Mexican family that moved over here with a mission to cook authentic food have succeeded, even if no one really knows how to speak Finnish quite yet..(menus and chit chat kept strictly in English which suited me well!).

Tacos are fresh, packed full of flavour and challenged those I had in New York while the Hibiscus margarita we guzzled down on this occasion was one of the best I've ever had, refreshing and tangy at the same time. The whole place has a truly authentic and relaxed vibe and I couldn't help but feel a little jealous that Emmi is able to call this her neighbourhood joint. Whether you are a local or visiting, this place is a must try. 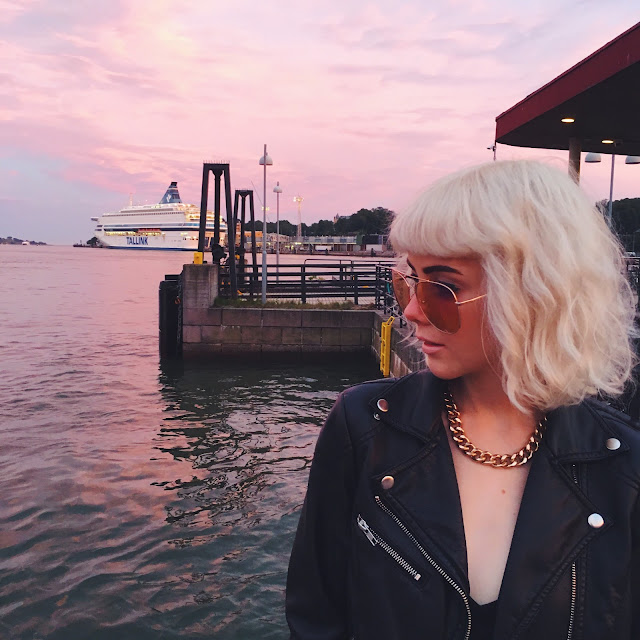 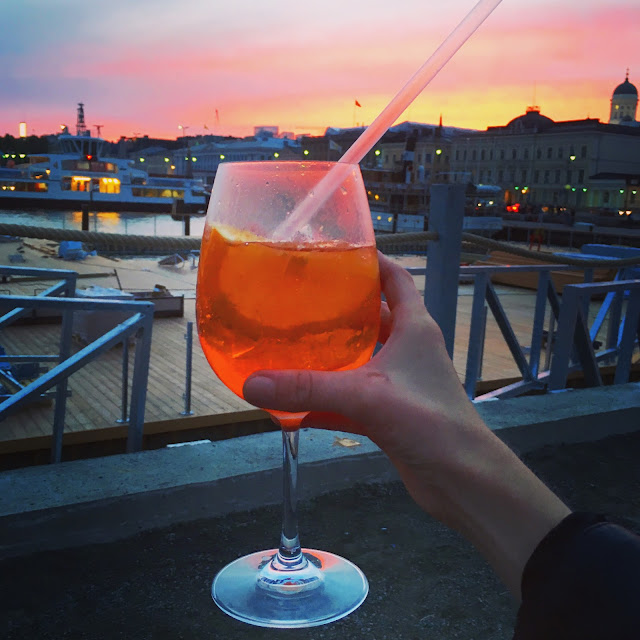 Summer in Helsinki feels rather magical with its long days and pink sunsets and there is no where better to enjoy the sun setting than at this terraced bar attached to a new complex of swimming pools being creating within the sea, bang in the centre of Helsinki. Yes, my Aperol Spritz may have been a hefty 12 Euros but seeing the beautiful architecture set against the pink hues of the Finnish summer sky was, as cheesy as it sounds, worth every cent and then some. NYC may have rooftops and we have London Fields (lol) but this is something so unique to Helsinki, it should be seen by everyone once in their lives.


THE CLUB FOR AFTER HOURS @ KAIKU 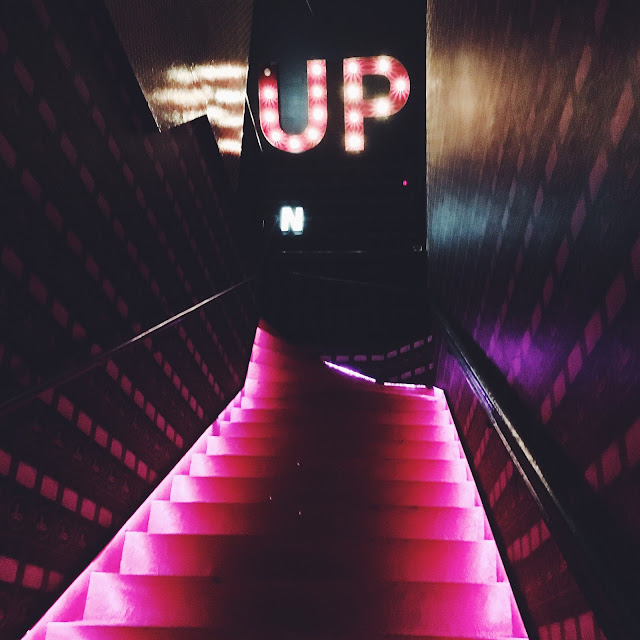 In Emmi's own words "the night life in Helsinki is a bit limited compared to London" which may be true in terms of the sheer number of clubs and bars but by no means means you can't have a good night out here which Kaiku, where we spent the late hours of our Friday night at, proved successfully.

With a good local crowd, a cool outside space and two club spaces you can access, both playing an agreeable mix of music ( house and hip hop on this occasion), I can only recommend Kaiku especially as I always like to get to know the local nightlife on a city break to get a true sense of a place. It may be a little out of the city centre but it is worth the taxi ride even if it is just for tales of the night you will be able to tell the day after.

THE BEST DRUNK FOOD YOU'LL EVER HAVE @ FAFA'S 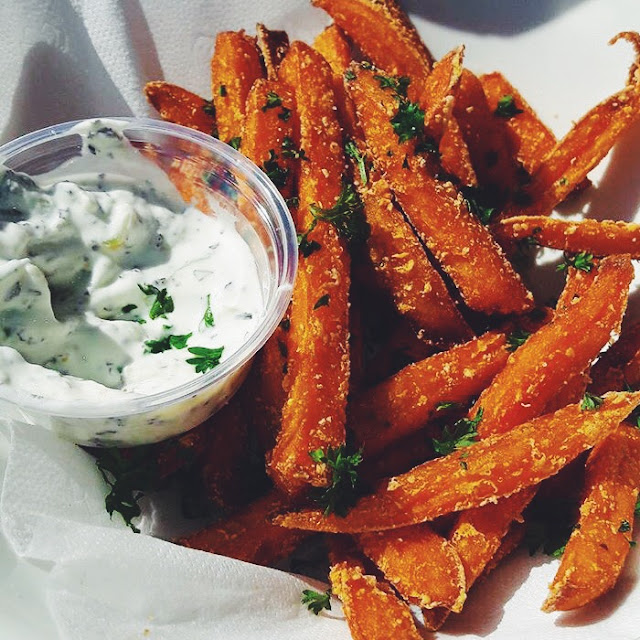 After a good few hours of dancing at Kaiku we were ready for a late night snack to soak up the gallons of prosecco consumed on the night and while in London this would usually mean having to settle for a greasy pizza or chips, Helsinki residents are lucky to have a rather amazing Lebanese joint open until the early, early hours that serves seriously delicious fare. We may have had to wait a good 20 minutes surrounded by an equally intoxicated (and widely entertaining) crowd at 4 am at Fafa's while they prepared the order but my box of crispy, hot sweet potato fries served with tsatsiki dip and Emmi's fresh falafel pitta made it worth the wait. If drunk food came with a Michelin star rating this would be it, the fries indeed so good that I seriously considered having them delivered to Emmi's flat (yes they even deliver ) as post dinner hungover snack the next day. Fafa's, we need some London branches, all future hangovers would be eternally grateful.

THE PIZZA WORTHY OF IT'S OWN ISLAND @ SKIFFER 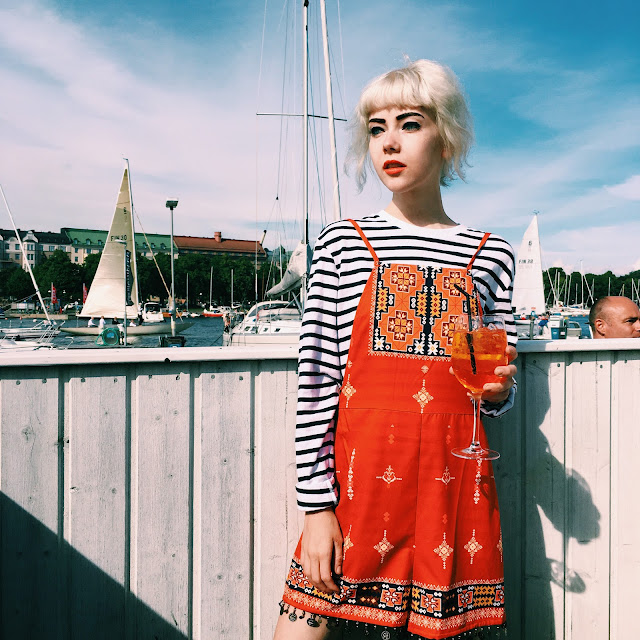 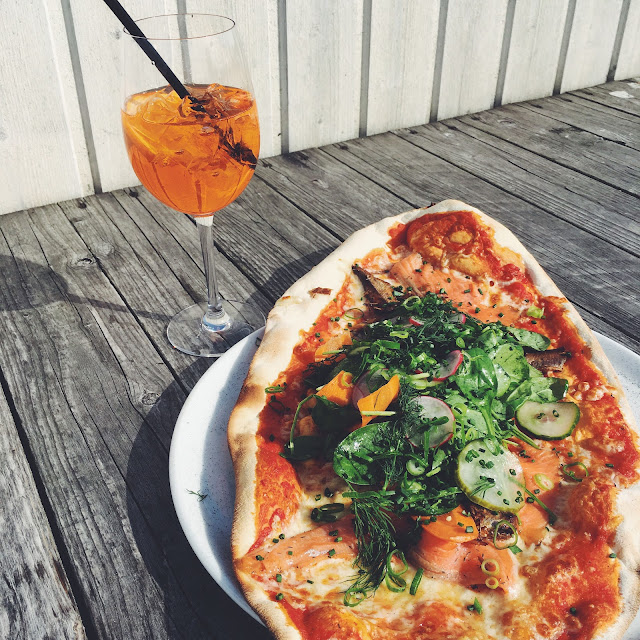 When we were in New York Emmi mentioned Skiffer whilst we were enjoying the incredible pizza at Roberta's in Brooklyn, claiming that both were worthy of making her top 3 pizzas of all time. Considering how amazing Roberta's pizzas were, this was a big claim to make and got me immediately interested, an interest that only further increased when she told me about the undeniably unique setting that the pizza at Skiffer was served in.

Why? Well it's not everywhere that you have to take a 2 minute ferry ride from Helsinki's harbour to an island in order to get your pizza, Skiffer in fact taking pride of place on its own tiny island. The setting may be unique and beautiful (especially considering the great view you get across the whole bay) but the pizza and drinks, made in a little shack during the summer months and served to you in the outdoor dining area, are equally fantastic, in fact Emmi's grand pizza claim only something I can confirm. I went for their seafood pizza special which may sound strange but was actually amazing- a thin and crispy pizza base topped with cold smoked rainbow trout and pickled cucumber, while the rest of the menu is equally inspired and unusual (think strawberries and goats cheese or pork shoulder with pineapple).

I wish I could move this utter gem of a place to London if only for the summer months, Skiffer an absolute must go and one place I would hundred percent come back to Helsinki for.
Posted by Stella's wardrobe at 15:18

Thank you for sharing information on your website, blogging greetings
https://www.ambe-joss.com/