A Little Guide To Paris 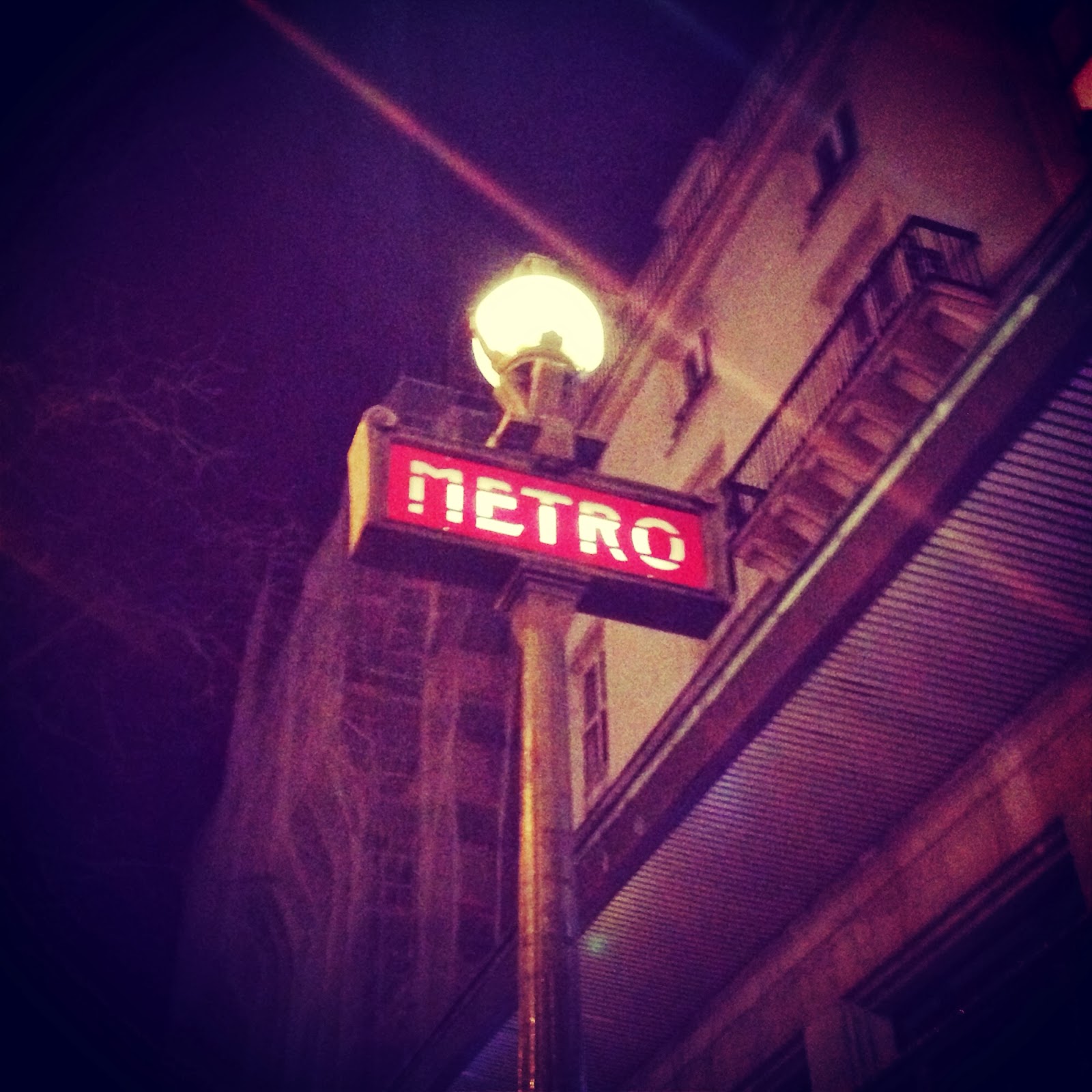 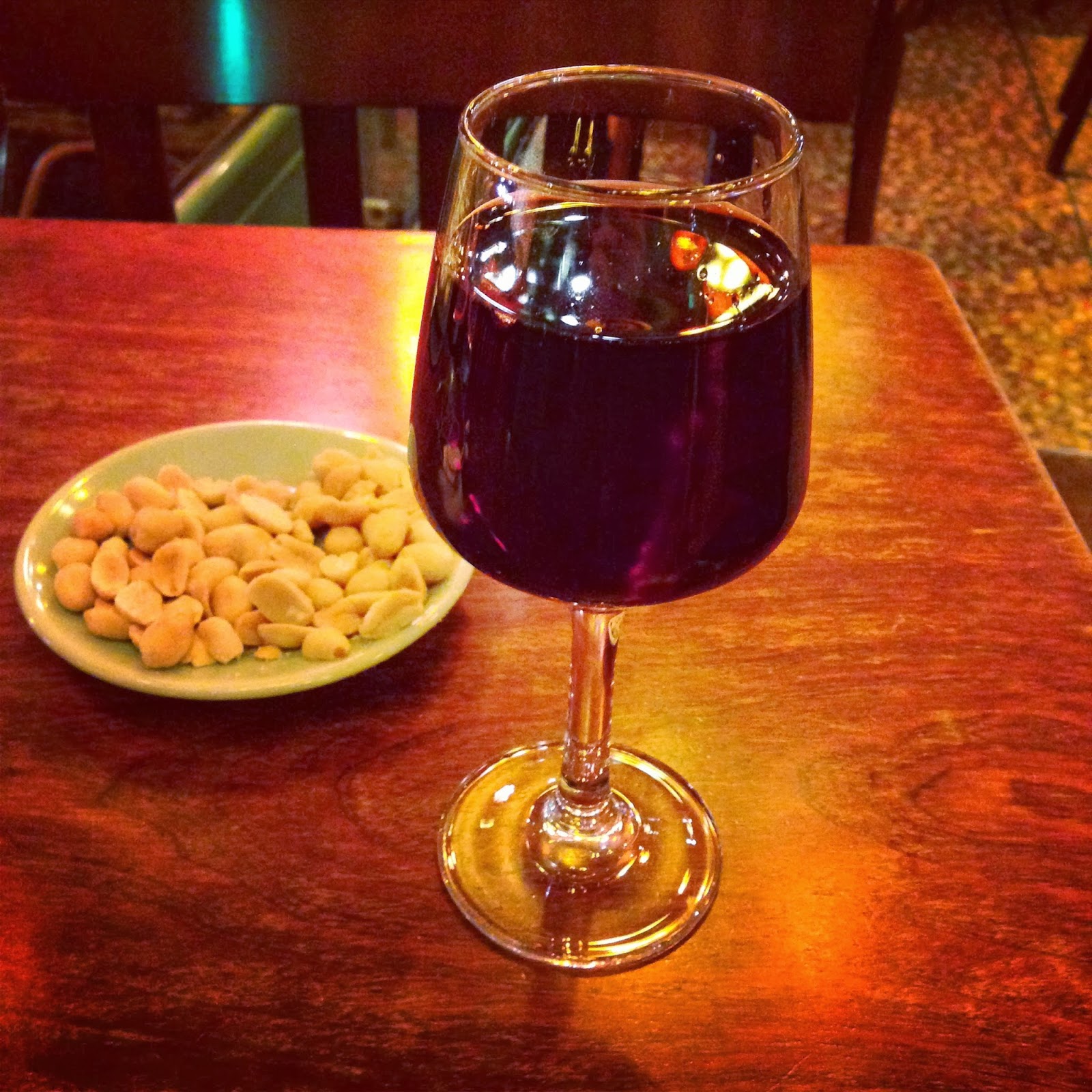 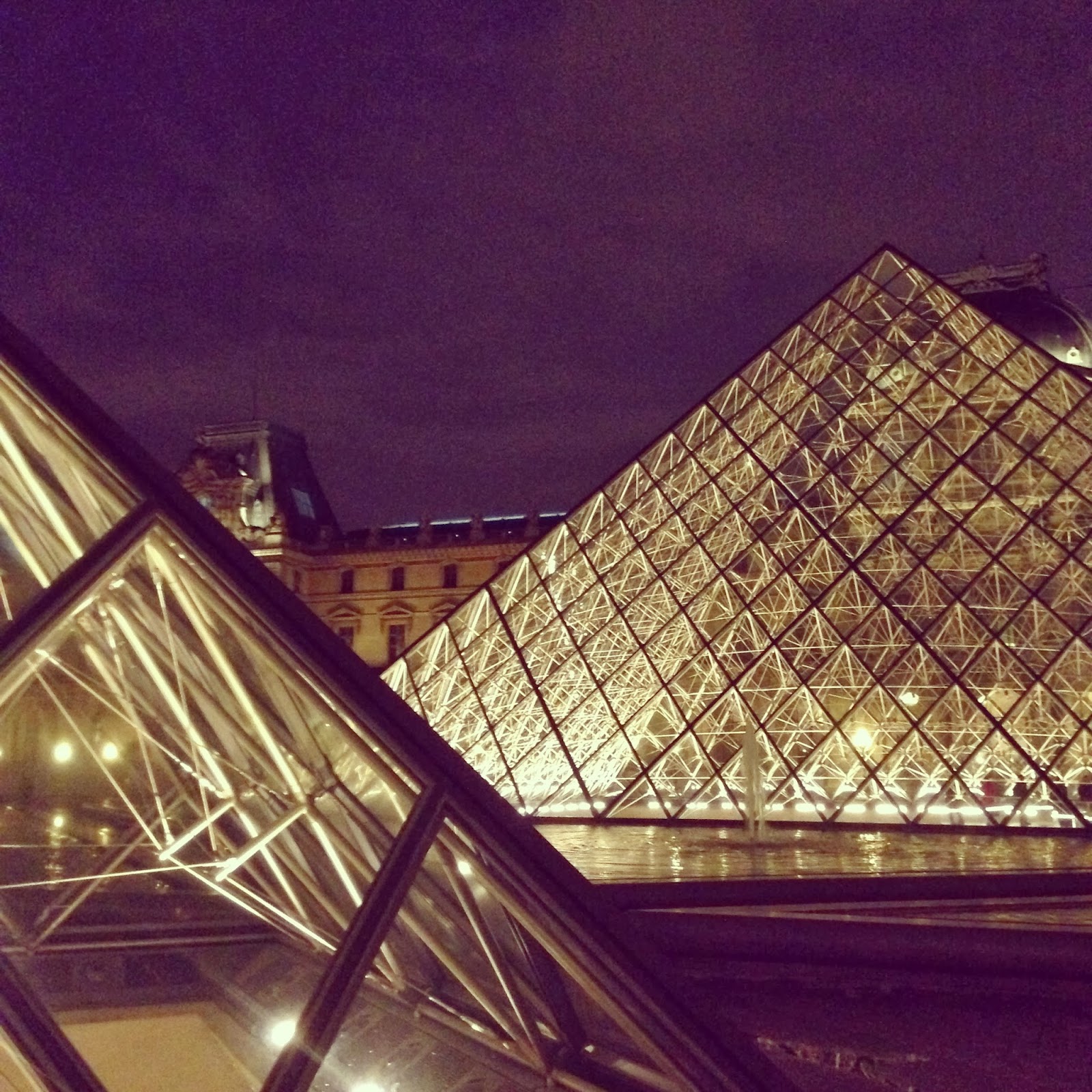 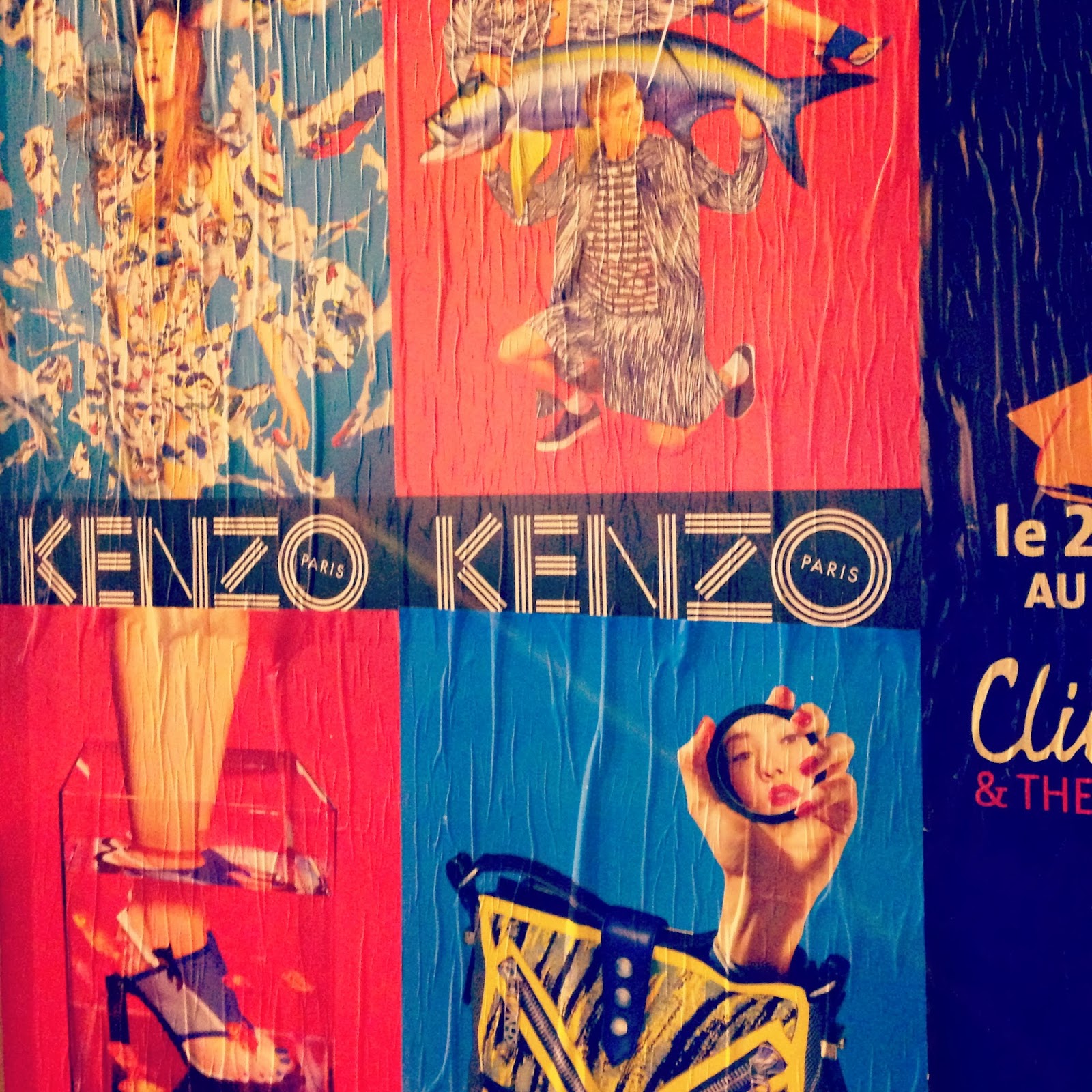 I think falling for a city can be very much like love at first sight, the people, the food and  buildings almost intoxicating and at an instant drawing you in, making you want to return time after time again. I had this feeling when I first came to  London with my parents aged 9 and with Rome when 4 days spent there seemed too brief of a time to soak up all that this city had to offer me. However Paris on my first visit was rather like a short, rude and easily forgettable date. Going alone and only 17 years old I found Parisians cold, had little idea where to go besides the obvious tourists traps and ended up leaving rather disgruntled and unconvinced by it's charm. Working in fashion I should have known that a future return was going to be inevitable at some point in my later life and I have to say that  when I did go back Paris, with a little expert advice, a brief Parisian romance and some lovely new friends, my opinion of Paris was changed for the better.

I may have not gotten  to see the sights as I was working during the days but for me the vibe and  true face of a city is much more about where the locals go to eat, drink and forget about work. After all how often do we really hang out by Big Ben or frequent the British museum? In my two brief visits over the last month, I got to slowly understand and appreciate the unique side of Paris. Whehter the good -  the wine and bistro culture where you can simply enjoy a good ( and with good I mean incredible) glass of red wine even by yourself without having to pay a fortune or having to venture into a seedy club and the food, though not vegetarian friendly in most places still pretty amazing and unbeatable in the macaroons and dessert department,  to the not so good - the smelly metros, the sometimes rude reaction to  none French speakers and I guess the lack of 24/7 culture that London offers, getting home from a bar at 3 on a saturday night proved near impossible.

Would I go back without work being the main reason? Definitely and now I have a few places I was lucky enough to be introduced to  that I would revisit any time and that London lacks. Paris may not welcome you with open arms at first  but it is a cultural melting pot with that eccentric French touch that I have been lucky enough to get to know a little better. Here a few of my favourite Parisian discoveries: 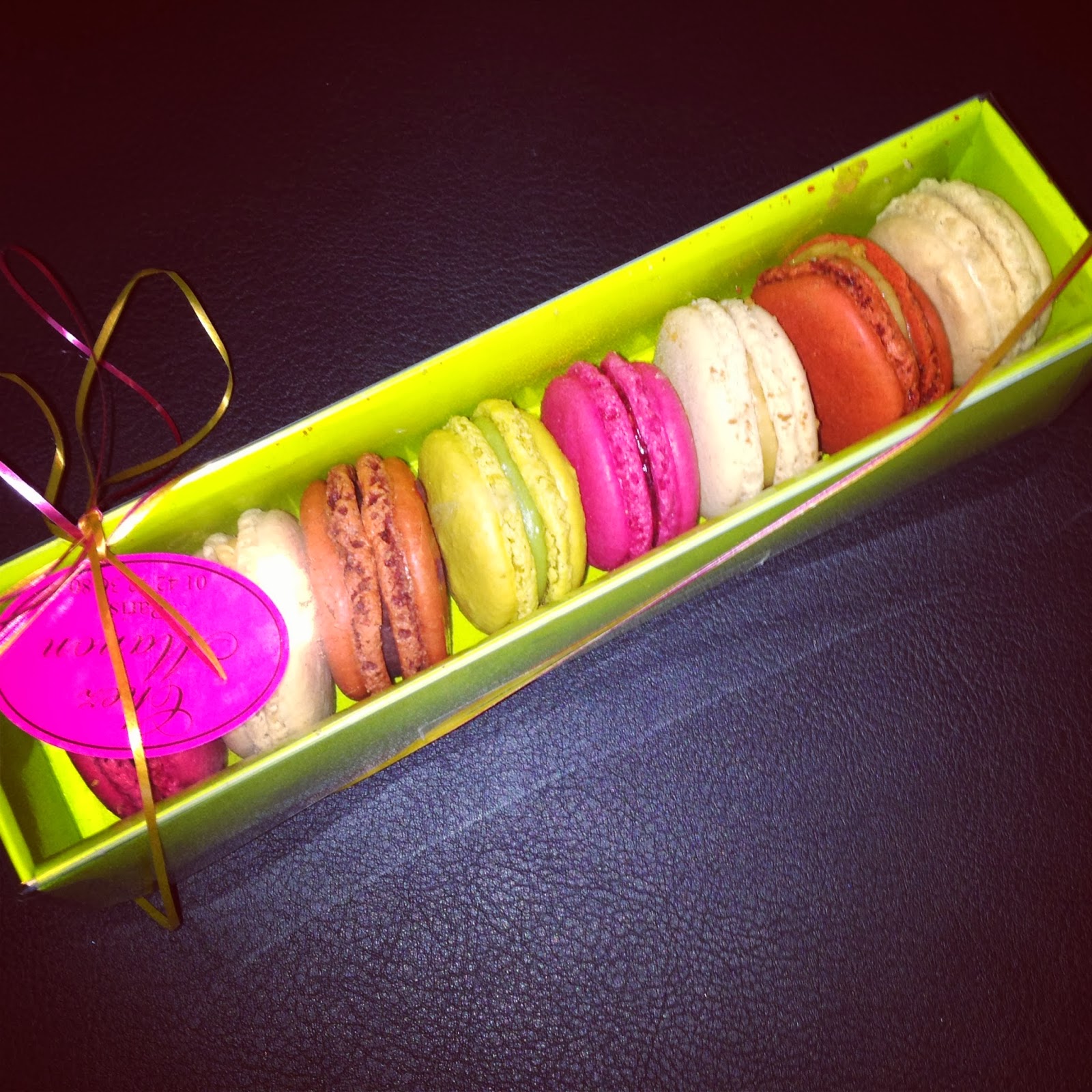 Better than more famous and pricier macaroons at Ladureé and Pierre Hermés, the flavour intensity and delicacy of the shell blew me away and I have tried many, many macaroons in my time!
25 rue de Bretagne 75003 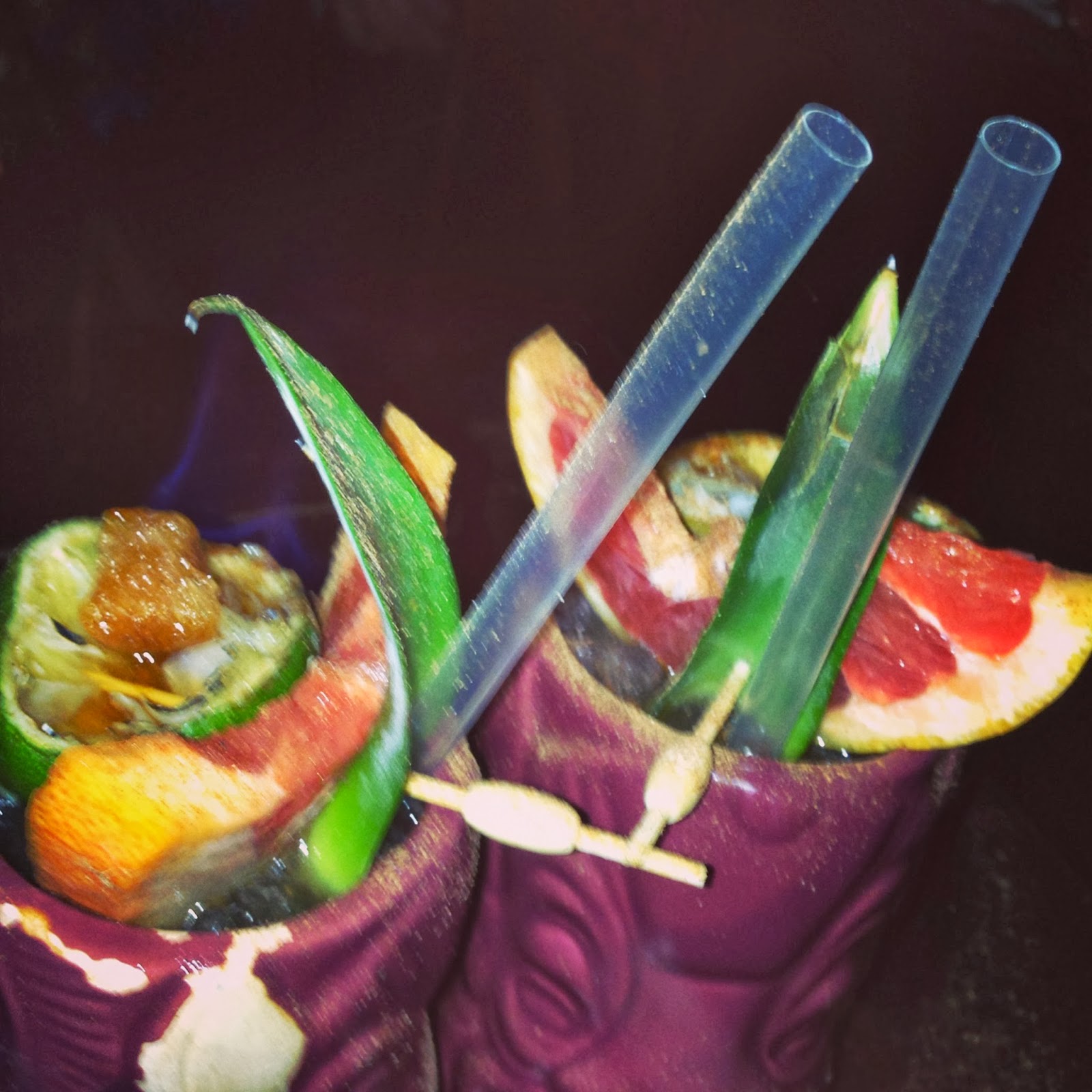 A Hawaiian themed cocktail bar in Paris really shouldn't work ( Mahiki is a fine example in London where this concept fails) but at Dirty Dick it really does. Picture a dive of a bar, big tattooed guys in floral print t-shirts and seriously amazing cocktails served out of flaming Tiki statues and you basically get the jist of the place, a hidden gem rarely frequented by tourists that was one of my real Paris favourites.
10 Rue Frochot, 75009 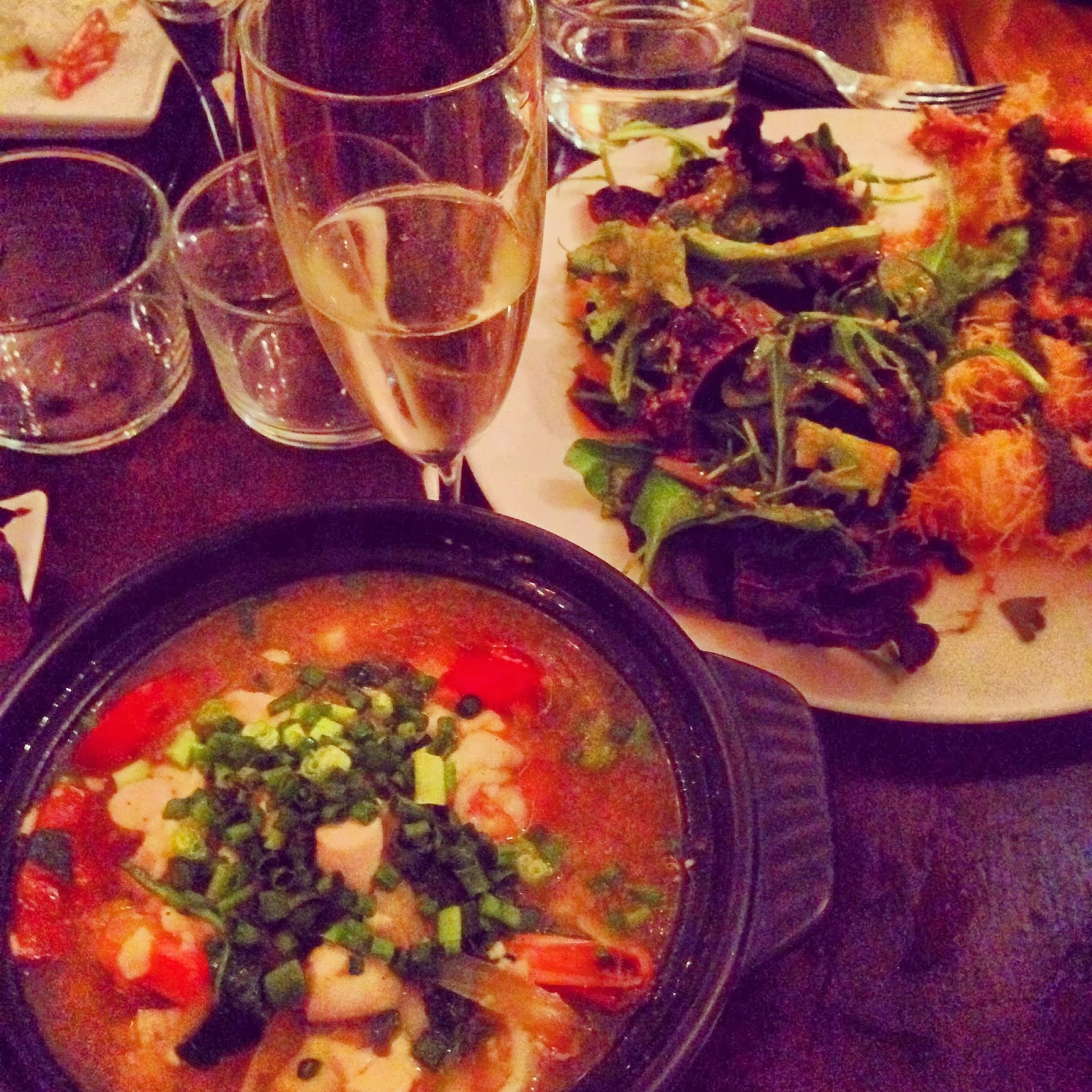 Taiwanese food may not be the best known of the Asian cuisine's but every dish served in this tiny restaurant leaves you in awe and wondering why there aren't more establishments serving it with the refreshing take on spices and flavour combinations it offers.  Lighter than the more known Cantonese kitchen and with that certain French touch in its execution and finesse ( the owner went to Cordon Bleu) every dish we shared between us was a real joy and left us wanting to find out more about the eating tradition of this tiny nation. 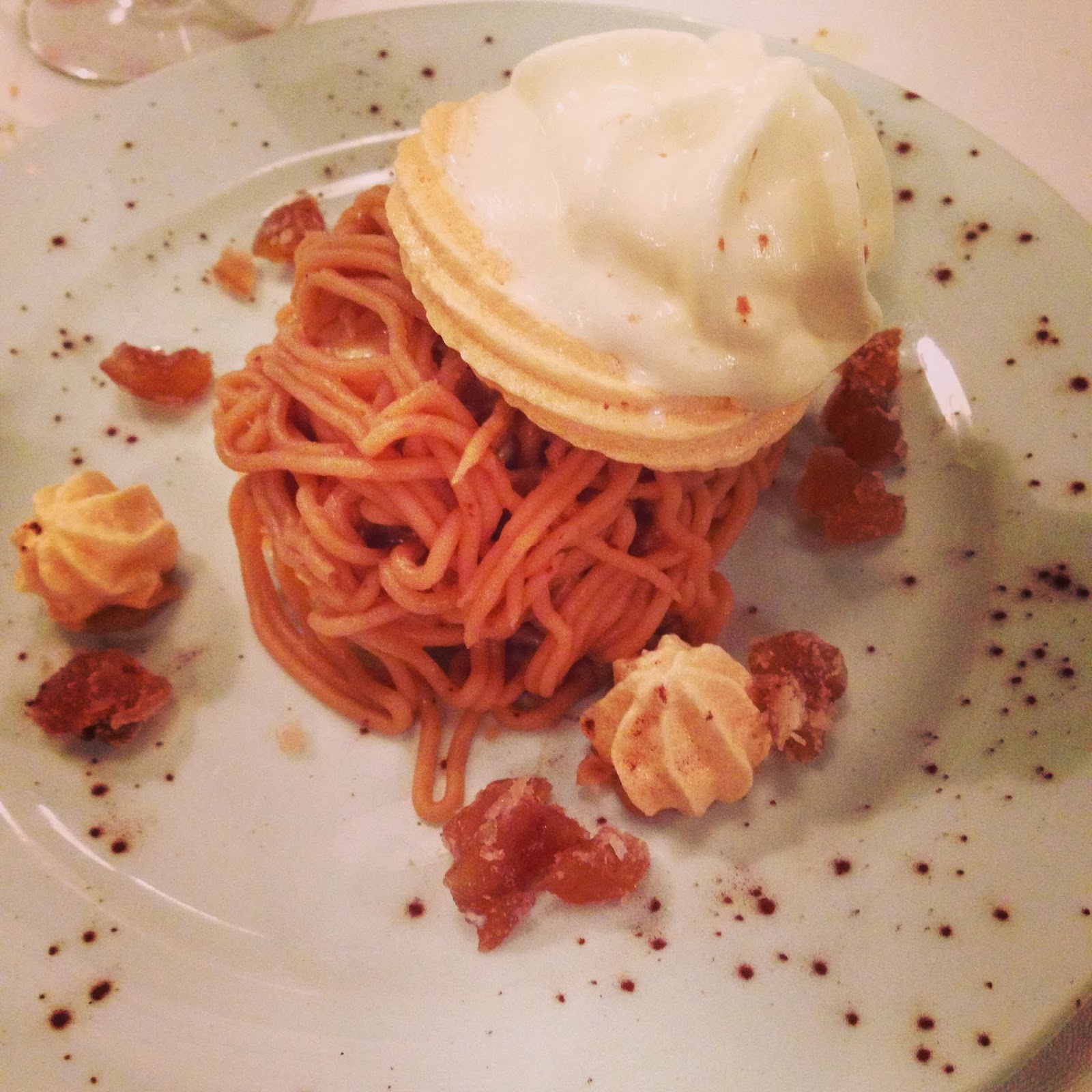 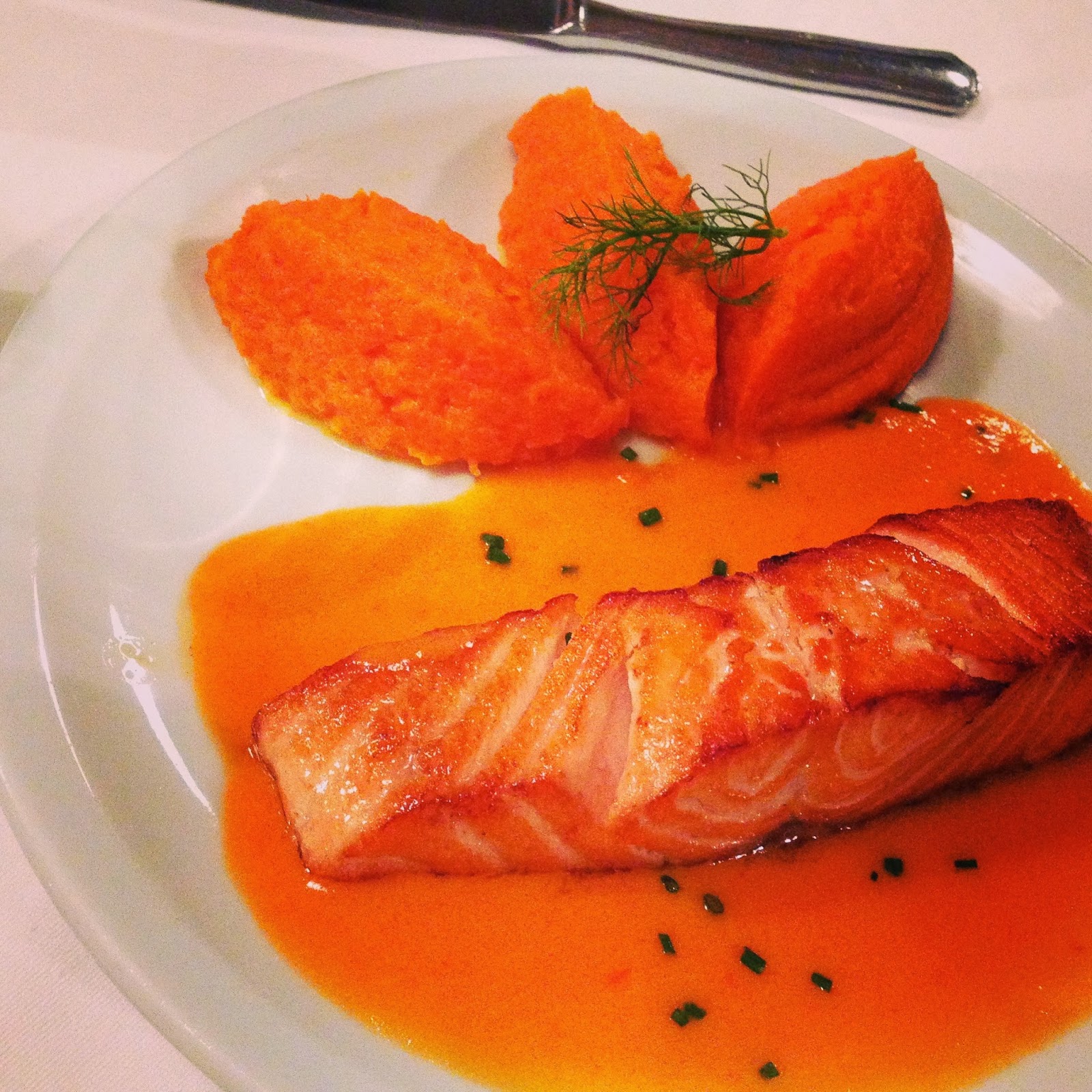 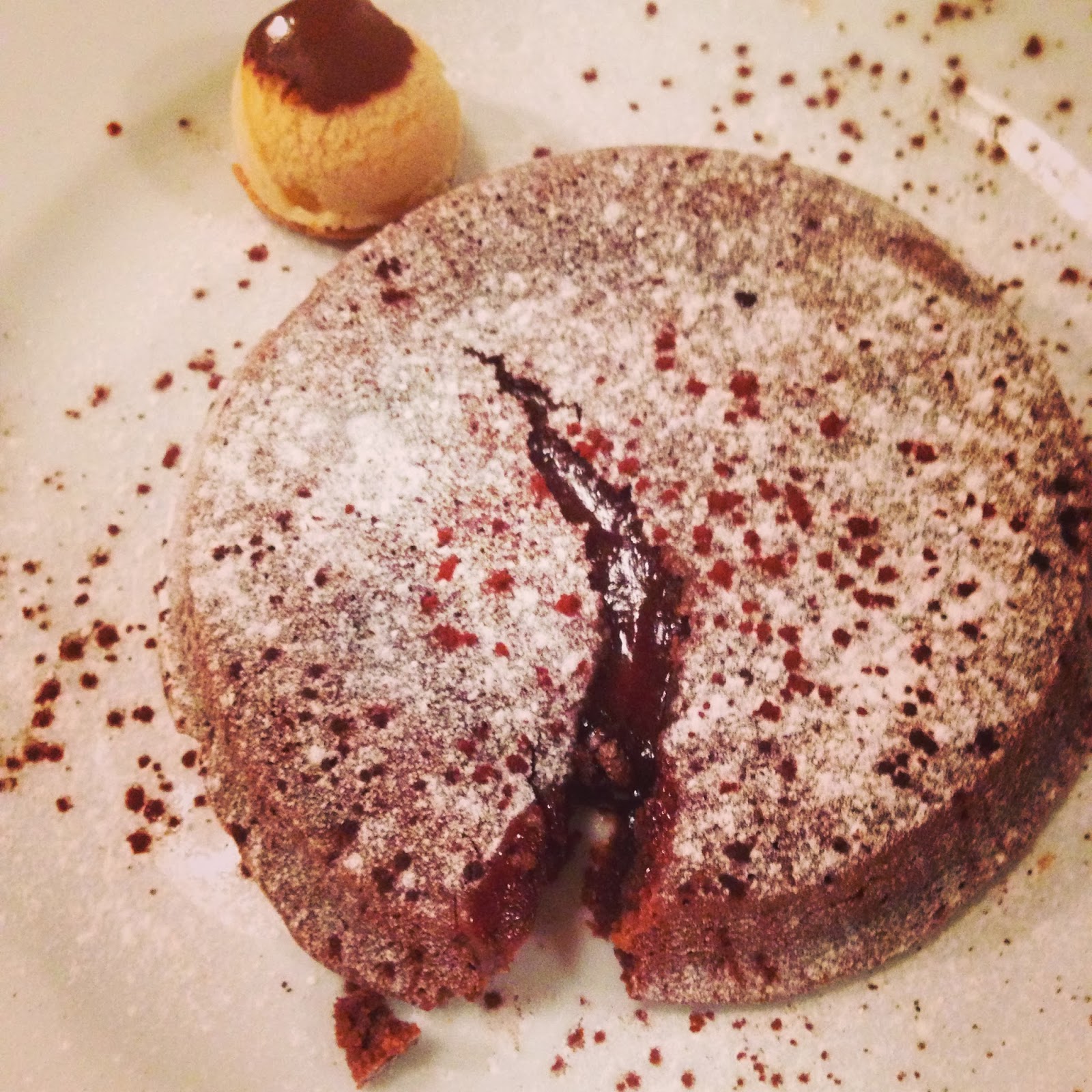 Hidden away in a little courtyard a stones throw away from Centre Pompideu, Le Hangar has been a favourite of my colleague that has been going to Paris for years for good reason. Run by a few stern elderly ladies, it serves high quality French food to incredibly good prices. The house wine is dangerously good for 12 euros a bottle, mains are a meat eaters paradise ( think steak tartar and beef stroganoff - all receiving rave reviews from my fellow diners) but forgiven by me purely by the selection of incredible desserts. The mont blanc ( pureed, sweetened chestnut topped with cream and meringue) was out of this world and the sheer unpretentiousness of the place with its slightly yellowed table cloths made it even better. If I can start my own little Paris tradition a visit here every time would definitely be on top of the list.
2 Impasse Berthaud, 75003

For Paris From The Top - Le Perchoir 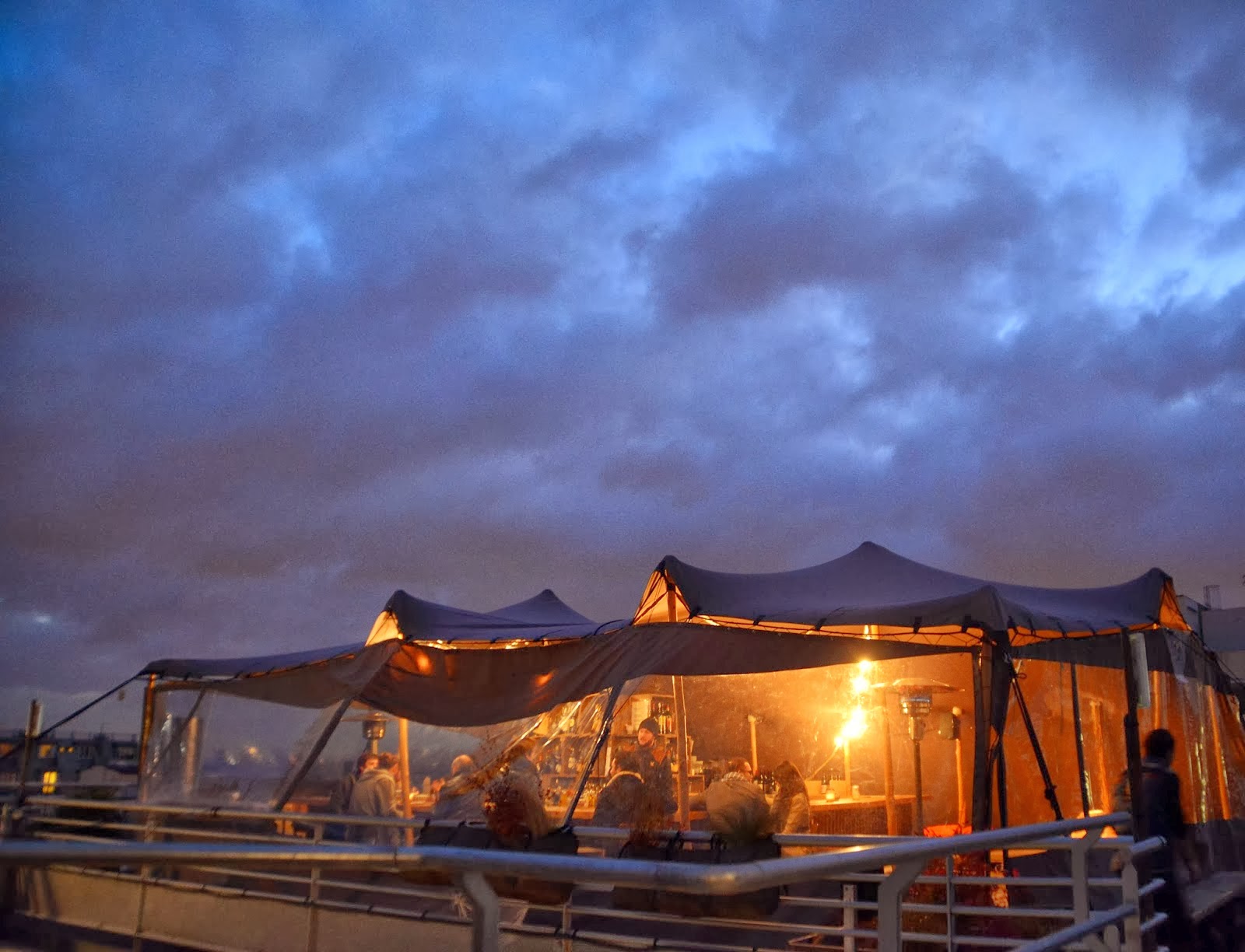 It may only look like a slightly run down residential building from the outside but enter the lift to reach the 7th floor and you are sure to be left in awe at the view you will face. Overlooking the whole of Paris, Le Perchoir is the perfect place to enjoy a glass of wine in an intimate and yes, rather hip atmosphere. Covered with open tends and with gasoline lamps to keep you warm, it was the perfect place to relax after a long day at work and an ideal way to soak up the Parisian flair from above.
4 Rue Crespin du Gast, 75011 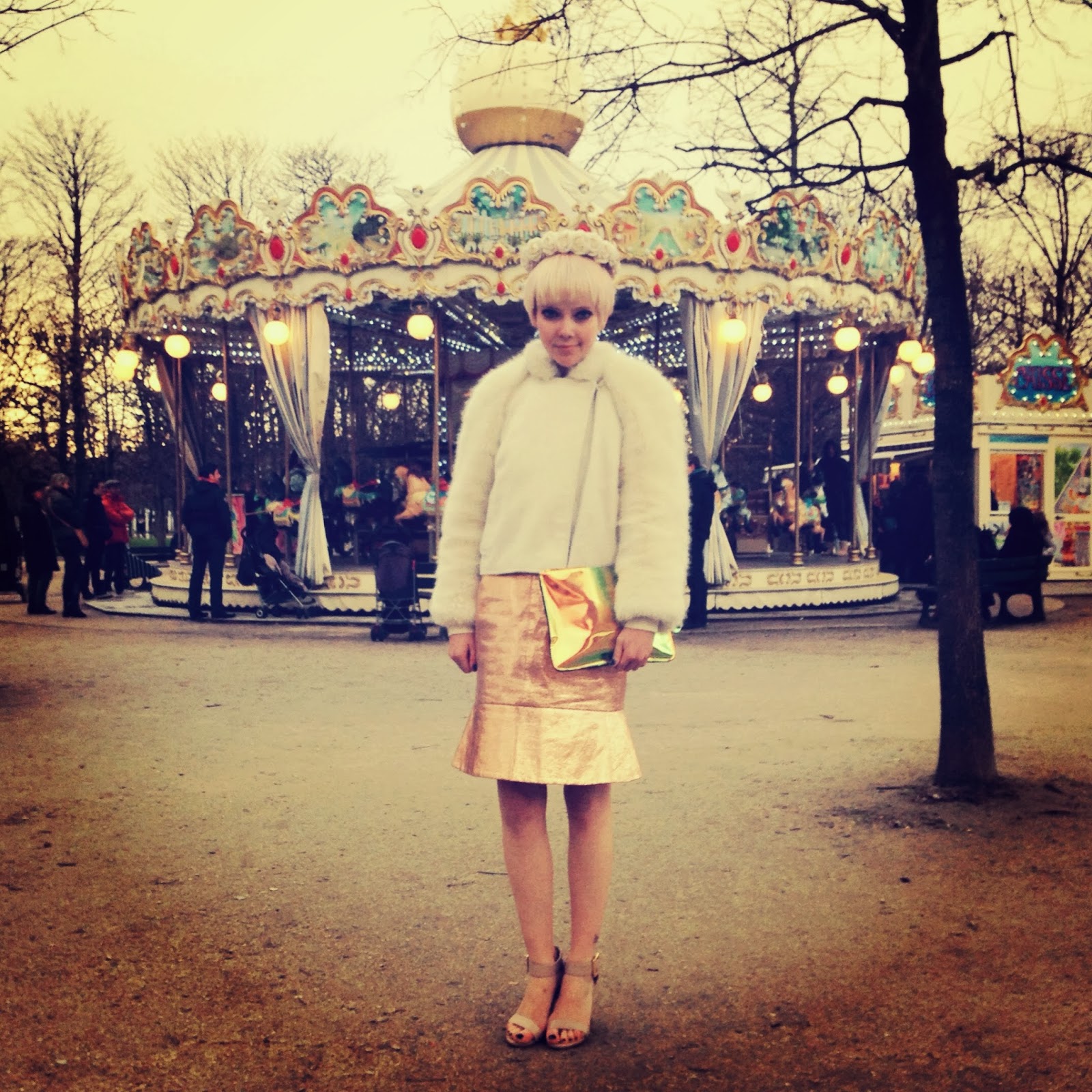